$1.99 for 2 days
Get Started
You are the owner of this article.
Edit Article Add New Article
You have permission to edit this article.
Edit
Home
News
Opinion
Sports
Topics
Calendar
Classifieds
Specials
Voters Guide
72 Hours
1 of 4 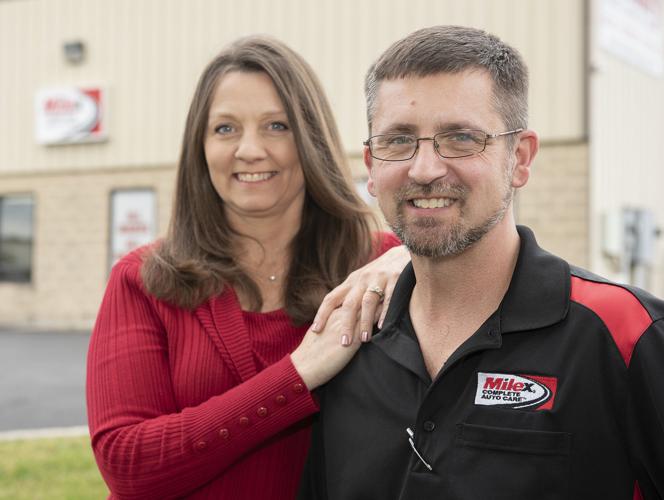 Albert and Serina Daniel own a Milex Complete Auto Care franchise in Frederick. 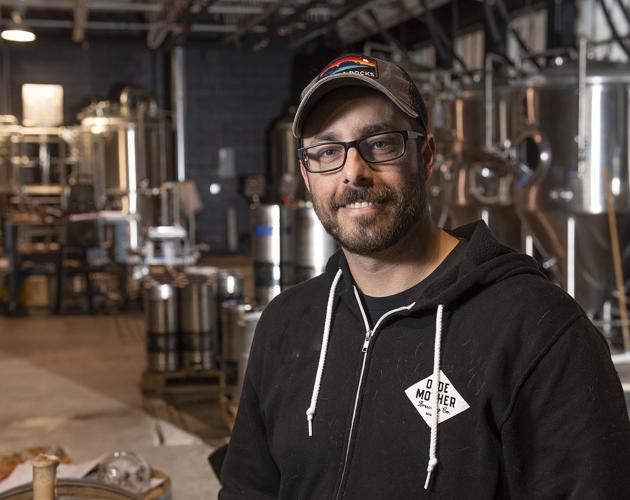 Keith Marcoux, co-owner of Olde Mother Brewing on North Market Street, is a business owner and military veteran. He served in the U.S. Air Force as a aircraft mechanic. 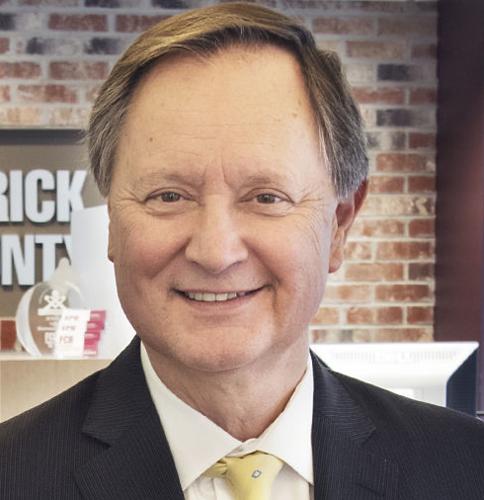 Marty Lapera is president and CEO of Frederick County Bank. 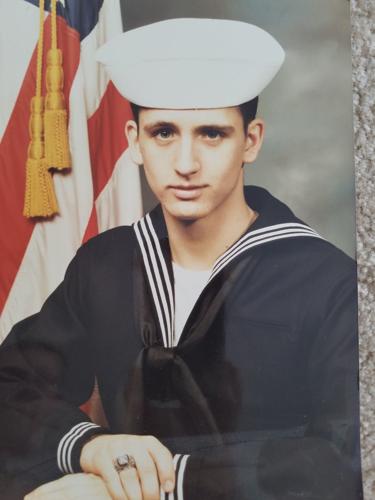 Albert Daniel during his time in the Navy.

Albert and Serina Daniel own a Milex Complete Auto Care franchise in Frederick.

Keith Marcoux, co-owner of Olde Mother Brewing on North Market Street, is a business owner and military veteran. He served in the U.S. Air Force as a aircraft mechanic.

Marty Lapera is president and CEO of Frederick County Bank.

Albert Daniel during his time in the Navy.

Albert Daniel always wanted to join the military. It was his way of getting out of the rough neighborhood in which he lived.

He wanted to sign up for the Marines at 17, but his father, who had served as a Marine, wouldn’t sign the paperwork. If Daniel joined the Navy, his father would agree to sign for him.

“College wasn’t an option with the way I grew up,” Daniel said. “We had to have a plan by the time [I] turned 18. The Navy was a way to get out of the home and away from the neighborhood. It gave me the training. When I got out, I had no debt and went right to work.”

Daniel served in the Navy from 1989 to 1994 and was stationed on the USS George Washington in Norfolk, Virginia, in the aircraft support equipment division.

“I always turned wrenches,” he said. “My dad was a mechanic and when I went into the Navy, that’s where I tested high so that’s where they put me in for training.”

He added that his favorite part about his time in the service was the responsibility he had at such a young age and working on equipment.

Today, Daniel is a franchise owner of Milex Complete Auto Care in Frederick. All of the lessons he learned in the military apply to owning and operating a business, he said, and working together as a team is incorporated into the business model.

The military also taught him a strong work ethic, to show up on time, take pride in one’s work and take pride in his country — all things that he said he didn’t have before serving.

“I owe more to the Navy than the Navy owes me,” he said.

The veteran opened his auto shop on Bucheimer Road in 2007 and a second location in Boonsboro just a few years later. As a veteran, he was able to get the franchise fee at a reduced rate, so it cost less to open the business.

He was also eligible for special loans because he was a veteran, but Daniel opened the business right around the time of the Great Recession “so all of those loans got pulled away.”

He said on Veterans Day, he mostly thinks of his dad. And his son is in the service now.

“We’ve had people in every war since the very beginning,” he said of his family. “I honor them. It makes me appreciate where we live. They go over there as boys and come back as changed men forever, and we owe them for that and we should take care of them.”

Marty Lapera, president and CEO of Frederick County Bank, also served in the military from 1972 to 1975. He worked in military intelligence for the Army and acted as a Russian interpreter, translator and interrogator.

“My father was career military, so I grew up on or near Army bases in the USA and overseas,” he said. “I am very patriotic and believe strongly in our nation’s values, beliefs and freedom. I was committed to serving our country.”

Lapera has held his position at the bank since 2001, and although he said he didn’t receive any special business loans as a veteran, he brought the skills and training he learned in the military with him to the job.

“I learned that good leadership goes far beyond strategic thinking,” he said. “I learned the value of teamwork and that the best management and leadership traits fall under a servant-leadership philosophy, where a leader’s main goal is to consider and serve the needs of other team members.”

For Keith Marcoux, the Air Force taught him “grit and perseverance,” which applies to owning and operating Olde Mother Brewing today. Marcoux served from 2002 to 2011 as an avionics system specialist in Okinawa, Japan, and Mildenhall, England.

“I was fortunate enough to live overseas my entire military career,” he said. “I can’t put a number on how many times I deployed, but I was gone a lot because of the aircraft and mission I was a part of.”

He joined when he was 19 years old because he didn’t have a clear idea of what he wanted to study in college. But in the Air Force, he learned mechanical troubleshooting, program management and organization — skills he takes to work with him today.

“Owning and operating a business is the most difficult thing I’ve ever done,” he said. “My military career engrained in me the discipline and confidence I need to keep moving forward and growing Olde Mother Brewing to the best of my ability.”

And these veteran business owners don’t have to go at it alone. There are many programs and agencies ready and willing to help those who served.

The Maryland Department of Commerce offers the Military Personnel and Veteran-owned Small Business Loan Program that provides no-interest loans of up to $50,000 from one to eight years.

There is also a program for veteran-owned farmers, Homegrown by Heroes, through the Maryland Department of Agriculture. The program supports veteran farmers in Maryland by branding products and offering assistance through other business services.

According to veteranownedbusiness.com, there are more than 30 veteran-owned businesses in Frederick County, and those businesses have local support as well.

The Frederick County Office of Economic Development has many programs it offers to veterans if they are opening a business or have an established business in the county.

“A lot of times they have such great experiences from their military service that it’s natural for them to come in and take whatever their skills were from the military and transition that into the private sector,” said Helen Propheter, director for the county’s office of economic development. “So we’re not surprised when veterans want to start a company, and we do have services set up for them to assist them.”

The economic development office also has the Department of Workforce Services to help veterans find jobs.

“If you’re a veteran that owns a business and you’re looking for a workforce, we would recommend that they go to Workforce Services because, if you’re a job-seeker looking for work, what better connection,” Propheter said. “The service has specific job counselors that work with veteran-owned businesses and veteran job-seekers.”

Anything they can do to “roll out the red carpet” they will do so, she said.

“We love all of our businesses,” she said. “But certainly those who have served our country, that allow us to have the freedoms that we have, we’re going to make sure that we give them the same service — hopefully through economic development — that they deserve.”

Albert, Marty and Keith[thumbup]. Albert!! especially you, had love and understanding growing up in Baltimore but when a male in my family (poor) turned 18 you had to graduate for starters and was given a set of hand me down luggage. No military for me because the draft was lifted and I saw too many of my friends (older) come back unstable, recked and not their selfs for a long, long time.