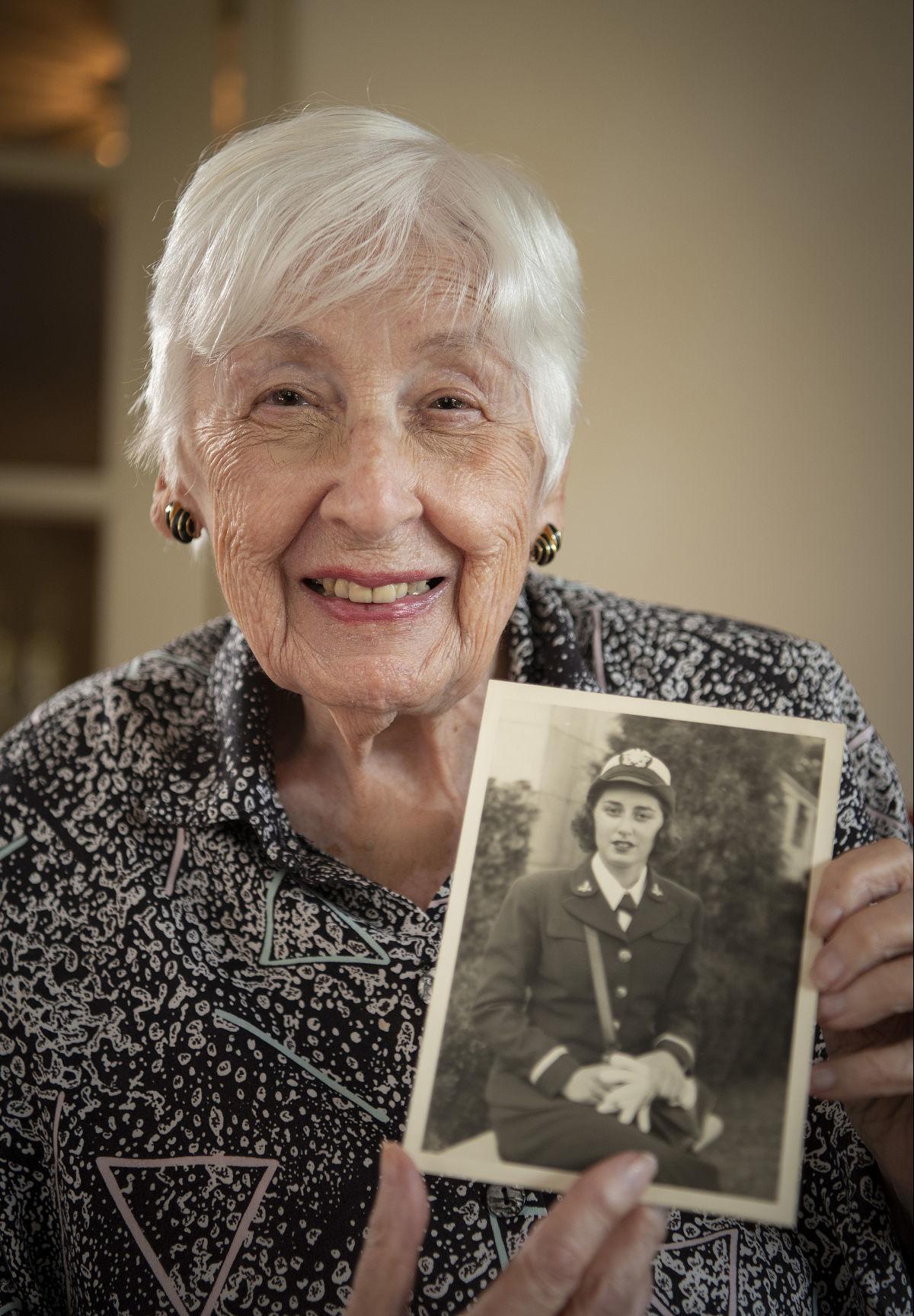 Inez Foley, 99, holds a photo of her in uniform while serving in the Navy during World War II. 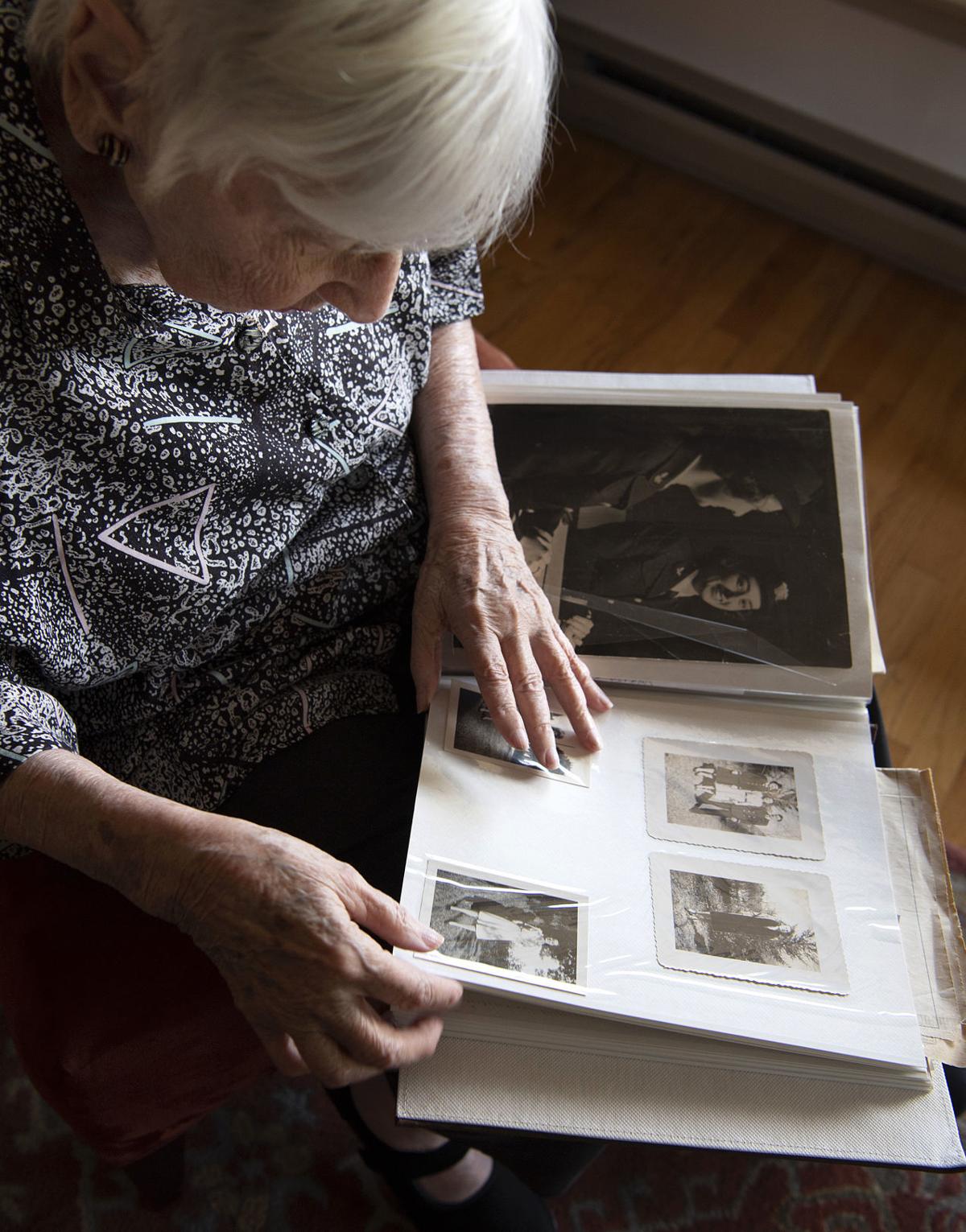 Inez Foley, 99, looks through an album of photos taken while serving in the Navy during World War II. 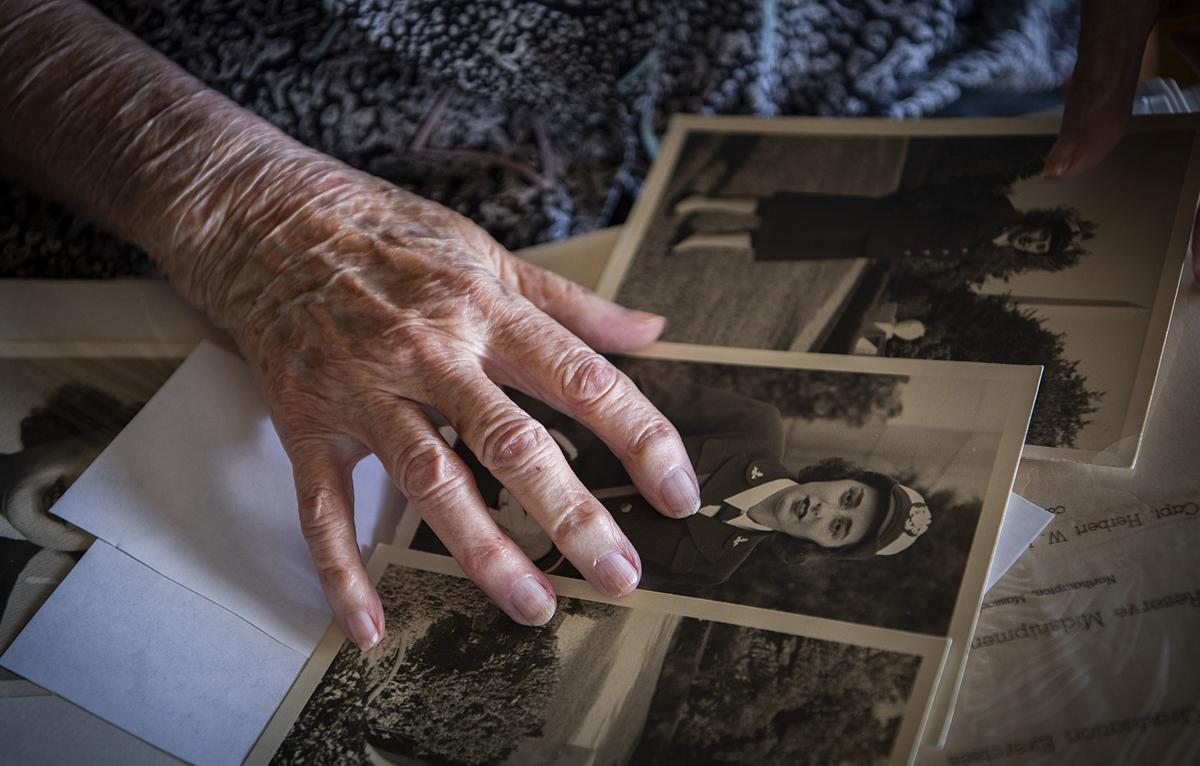 Inez Foley, 99, sorts through photos taken while serving in the Navy during World War II.

Inez Foley, 99, holds a photo of her in uniform while serving in the Navy during World War II.

Inez Foley, 99, looks through an album of photos taken while serving in the Navy during World War II.

Inez Foley, 99, sorts through photos taken while serving in the Navy during World War II.

When Inez Foley was doing intelligence work while serving in the Navy during World War II, officers for the different military branches often roamed Washington, D.C.

Foley, who was working at a facility at Ward Circle, said their presence posed a unique issue.

“There were so many, that saluting was abolished in D.C. because you couldn’t walk down the street without giving or returning a salute,” Foley said inside her son’s home near Burkittsville Thursday afternoon.

Foley, 99, has lived in Frederick County since 2003, when her second husband died in Florida. She was born on April 12, 1920, in Washington, D.C., has raised three children and lived in Japan, Mexico, England and throughout the D.C. region.

She spent her first four years in McLean, Virginia, and then moved to D.C. where she graduated from Theodore Roosevelt High School in 1937. Shortly after, World War II started.

Pearl Harbor happened on Dec. 7, 1941. Then, the Navy started admitting women for volunteer emergency service in November 1942, Foley said. She enlisted in January 1943, and was sent to basic training at Hunter College in the Bronx in March of that year.

Foley served in some capacity for the Navy for 32 months, finishing in November 1945, roughly three months after the war concluded. She still swears by the oath not to reveal any of her work. She did say, however, it involved Japanese merchant ships.

Foley said it was a privilege to serve the country.

“We were losing the war, and we didn’t go in the Navy to meet men. The men were gone. We replaced the men, let’s get that straight,” Foley said.

She said everyone was personally affected by the war in some way.

“Everybody had somebody in a branch of the service, a father, a husband, a son, and eventually, a daughter,” Foley said. “It was an all-out effort by everybody in the USA.”

That included her brother, Kenneth, who served in the Coast Guard in Texas. Shortly after Pearl Harbor, he was sent to Seattle to serve in an anti-aircraft unit.

Foley faced challenges before the war started. Her father, Walter, died of pneumonia before she turned eight. He was 39.

But there were triumphs. Foley, an avid singer, earned herself a spot on a choir at Calvary Baptist Church, a large institution in D.C. That, however, didn’t start out smoothly.

As part of the audition, the church’s choir director asked her to sight read material she hadn’t previously seen.

Along with singing, Foley enjoys artwork of scenery and gardening. She also enjoys sewing, but with her age, there are complications, she said.

“Part of being 99 is I have 10 numb fingertips,” Foley said. “Things like that are very difficult to deal with.”

She is also a part of a local chapter of the national non-academic sorority Beta Sigma Phi, where she met Linda Galloway, a friend of more than 10 years. Galloway said that despite Foley’s age, she is still “chatty” and can speak on a variety of topics.

“She’s an absolutely wonderful person,” Galloway said. “And she can cover almost any subject.”

Foley had the following advice for the women in that chapter, and others, on how to live a long life.

Over the years, working in the Navy and traveling the world has taught Foley a valuable skill, she said — how to get along with people.

For more than 10 years, she has enjoyed the Frederick County landscape.

“I’ve lived in Mexico, Japan, and then England and I’ve had tours in different parts of Europe,” she said. “We’ve got perfect scenery here, you don’t have to go anywhere … it’s all right here in Frederick County.”

But it’s also just staying interested and getting along with people.

We also had gold star mothers, mothers of soldiers that had lost their life. Back in the U.S. we had black out periods, even in rural northern New York. The siren would go off and everyone in town had to turn off lights - of any kind. They didn't take your word for it, they had wardens that went around and checked. No light of any kind could be seen from the street, including a fire from your pot belly stove - no A/C, no central heat, many rooms were heated by the heat from the pot belly stove.Then there was rationing, meat, sugar, gas, rubber, etc. Almost everything and there was a black market too. Being rural, it was always possible to get meat. Some bought 100 pounds of sugar, before the war rationing. Gas, 6 gallons a week, unless you had a special need. And farmers did. Still, gas bought from a station had to be purchased with stamps, in addition to money.Every day we would get the war news. Good and bad. At first much of it was bad.My father's youngest brother quit school to enlist in the Army, He was a medic and got shell shocked and malaria on Guadalcanal. His third younger brother, older than the youngest, tried to enlist three times. He was rejected all three times, then in 1944 he was drafted and they took him. He was in Patton's Third Army, tank corp and saw 168 days of front line combat, Battle of the Bulge, Rhineland. etc. After Germany surrendered he came back to the U.S and was waiting to be shipped out to Japan. Truman's decision to drop the atomic bomb changed that.

"'Good genes. Moderate lifestyle. Never lose your sense of humor. And moisturize, moisturize, moisturize,' she said." Good genes are imperative, no joke. My mother in law was in the Army, my mom was a lieutenant in the Navy (both dads served too.) My mom, 95, has had a type of dementia over ten years, always was involved and literate, only recently losing some conversational fluency. My husband's mom had dementia, passed at 97. Why these two? The older husbands were sharp to the end(s), which were sudden.

When you get that answer, Deb, we all would like to know it.