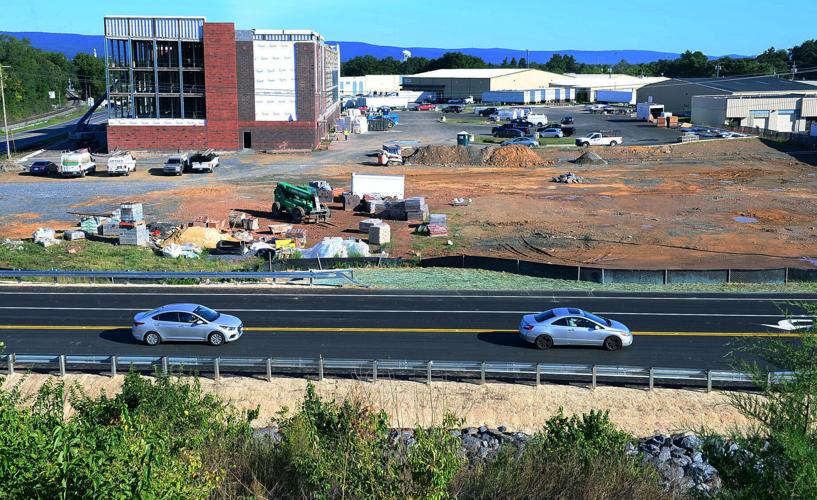 Vehicles travel along Monocacy Boulevard where the road was repaired after being damaged by a sinkhole. The road had been closed since May. 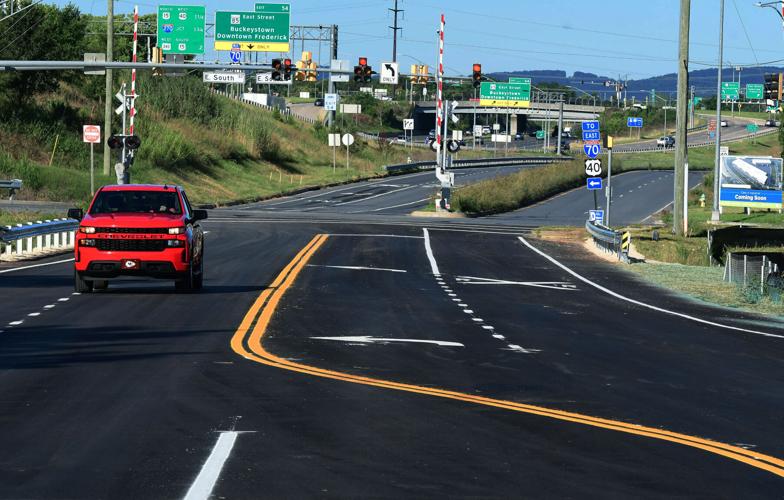 A motorist travels along Monocacy Boulevard on Friday morning, where a large sinkhole was repaired. The road had been closed since May.

Vehicles travel along Monocacy Boulevard where the road was repaired after being damaged by a sinkhole. The road had been closed since May.

A motorist travels along Monocacy Boulevard on Friday morning, where a large sinkhole was repaired. The road had been closed since May.

A section of Monocacy Boulevard on the east side of Frederick has reopened after being closed since early May because of damage from a sinkhole.

The portion of road east of the intersection of East South Street was reopened Friday morning, according to a news release from the city.

The sinkhole began as a small hole that appeared in a drainage swale on the side of Monocacy Boulevard about 200 feet east of the intersection with South Street on May 4. The right westbound lane was initially closed as a precaution.

On May 5, the hole expanded toward the road, but remained in the drainage ditch and on the shoulder.

By May 6, rain and stormwater runoff had caused the sinkhole to grow significantly, until it undermined the road and damaged a 16-inch water line that ran under the road.

The road had been closed since midday on May 6.

The reopened road included a new surface and a new waterline, Tracy Coleman, deputy director of public works for the city, said Friday.

Workers used some larger stone, a mix of some smaller and larger gravel, and reinforced plastic material that’s used to stabilize areas and hold a lot of weight, Coleman said.

In the city’s release Friday, Mayor Michael O’Connor noted the role that Monocacy Boulevard played in transportation around the city, and thanked the Department of Public Works and Pleasants Construction for their work on the project.

A little off topic but I wonder when the bone jarring MARC train track crossing at Monocacy Blvd. and South St. will be addressed....

City should help the nearby businesses that suffered losses through that entire time. It should never have taken anywhere near this amount of time to fix.

You may have a point that the hole shouldn't have happened, but it did. You are advocating for something that isn't the proper function of government. I realize that you are very liberal and loose with everyone else's money, but government doesn't exist to make people whole. If businesses had losses, that is what insurance is for. If businesses didn't plan for this type of loss, then unfortunately, they are out of luck.

Is it typical for projects like these to take over three months 2 complete?

Sharkey, are you involved in road construction? If not, what are you basing your comment on? Your personal information or opinions? Even on an expedited basis it will take 30-45 days to properly design, bid, evaluate, process,and issue a government contract., regardless of the level of government involved. Add that to the work time, and I am surprised that it was done as fast as it was.

Agreed, 100% Asian19. In the comments posted to this story, it was easy to see who did, and who did not, know what they were talking about when it comes to how long it takes a project like this to be completed. Bureaucratic wheels turn slowly.