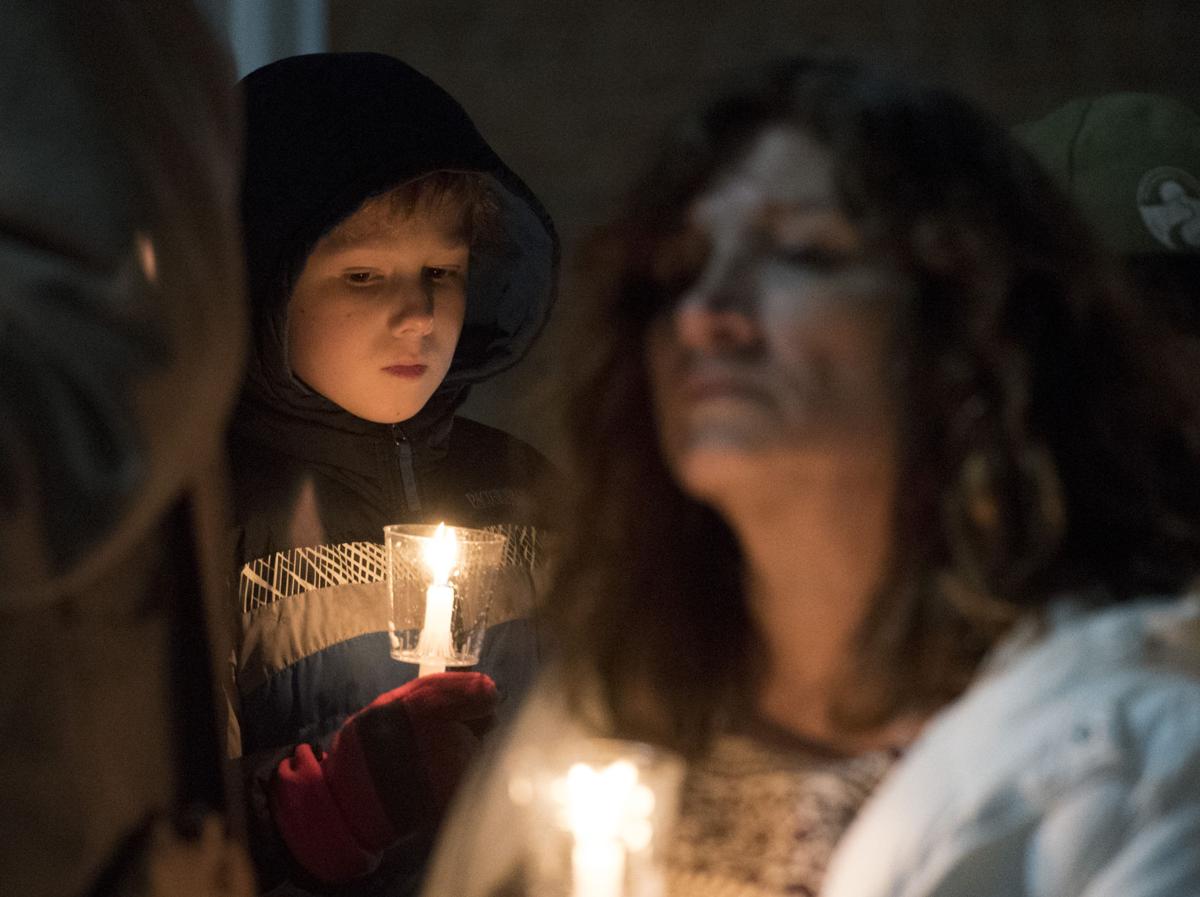 Edward Kilcoyne, 8, takes part in a vigil against gun violence Thursday evening on the steps of Evangelical Reformed United Church of Christ in Frederick. 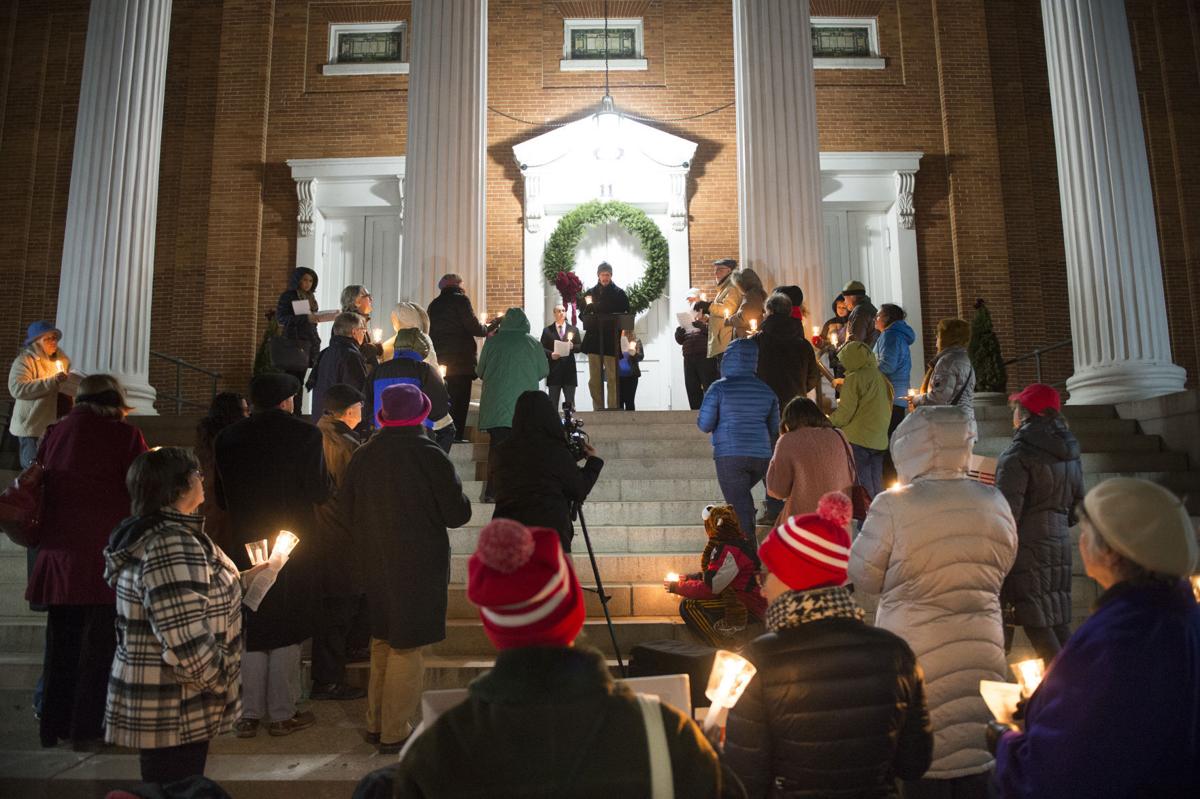 A vigil to end gun violence was held Thursday evening on the steps of Evangelical Reformed United Church of Christ in Frederick.

Edward Kilcoyne, 8, takes part in a vigil against gun violence Thursday evening on the steps of Evangelical Reformed United Church of Christ in Frederick.

A vigil to end gun violence was held Thursday evening on the steps of Evangelical Reformed United Church of Christ in Frederick.

Lorrin Harvey wiped tears from her face, using her free hand to pull her son, Edward Kilcoyne, into a hug.

As a parent of young children — Edward, 8, and her younger son, Niall — the loss of the 20 children killed in the Sandy Hook Elementary School shooting resonated with her.

“To think of that ... to always be grateful when your children can come home from school safely each day,” said Harvey, who lives in Middletown. “We send out positive prayers that people can have the leadership to set aside differences in order to promote reducing gun violence.”

To this end, Harvey and her family joined other residents, community activists and faith leaders who gathered Thursday outside the steps of Evangelical Reformed United Church of Christ. Bundled in jackets and hats, gloved hands clutching candles, they prayed for those who lost their lives in acts of gun-related violence, and for the reforms designed to prevent such future tragedies.

Similar vigils have been held nationwide since Dec. 6 tied to the fifth anniversary of the Sandy Hook mass shooting in Newtown, Connecticut, according to The Newtown Foundation. The foundation was started in the wake of the 2012 massacre as a way to offer community support programming for young adults to “channel their fears and frustrations into positive activities,” according to the website.

Since 2013, at least 1,576 more mass shootings have claimed the lives of 1,767 people and wounded more than 6,000 others, according to statistics from the Gun Violence Archive, an online database that tracks all shootings in which at least four people were shot at in the same time and location.

Their words underscored what the Rev. Barbara Kershner Daniel described as the important role religious leaders play in addressing gun violence, as a national topic and for their own congregations.

“We can try and create communities where people don’t immediately think of picking up a gun and taking care of their anger or frustration that way,” Kershner Daniel said.

Though Kershner Daniel was pleased with the turnout — about two dozen people — she noted that some of the spiritual groups she invited were absent. In a previous interview, she wondered if some who did not attend were reluctant because of the political undertone of gun rights and reform.

This concern held no merit for the Rev. Debra Peters Wilcox, who leads St. Matthew’s United Church of Christ in Westminster. Peters Wilcox, a Frederick resident and kindergarten teacher at Whittier Elementary School, said she refused to be silent.

“Not to be here speaks volumes,” Peters Wilcox said. “I think we’re called to speak our conscience.”

“It is absolutely not a political issue,” she said. “It’s a matter of safety, of public health and well-being.”

Wonder when these people will have a virgil for the 50-60 million aborted children in this country??????

right after the vigil for the millions of children around the world who die before their fifth birthday every year from starvation, disease, neglect, abuse and numerous other causes. You are pro life until birth and then nothing.

You should join the Marines and do something for your country snowflake.