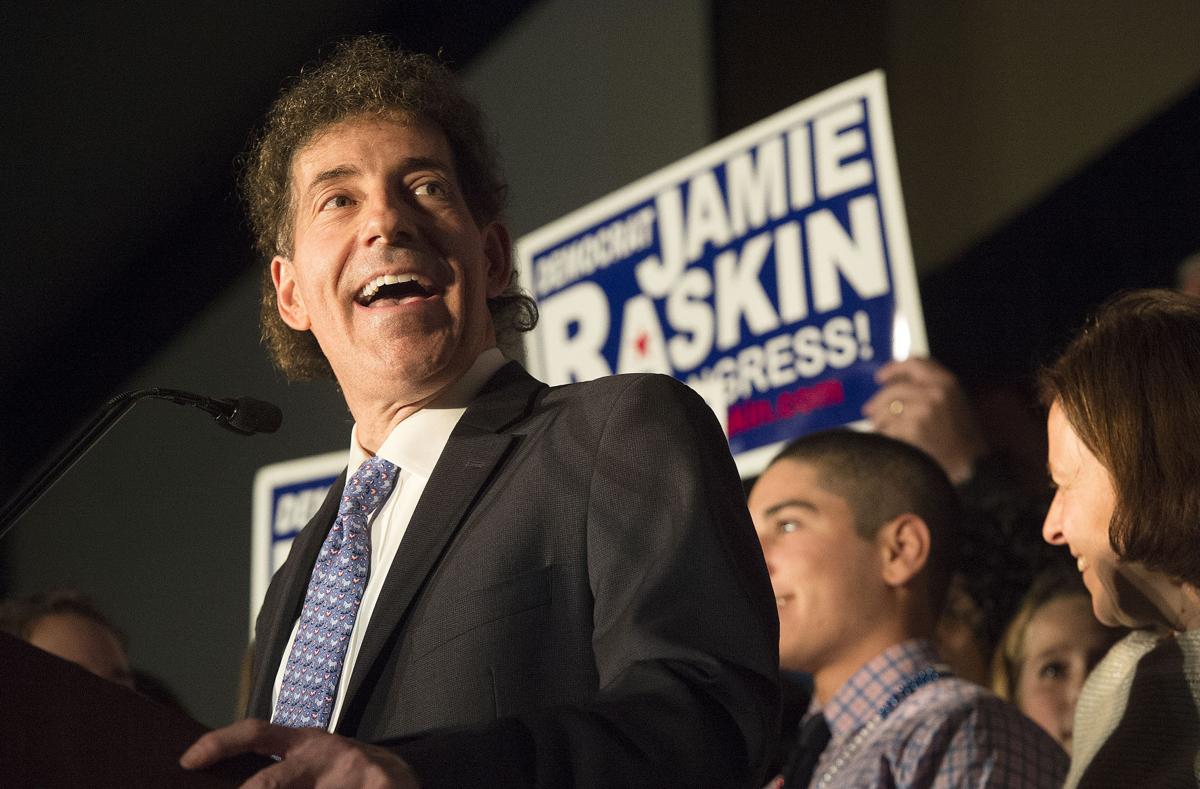 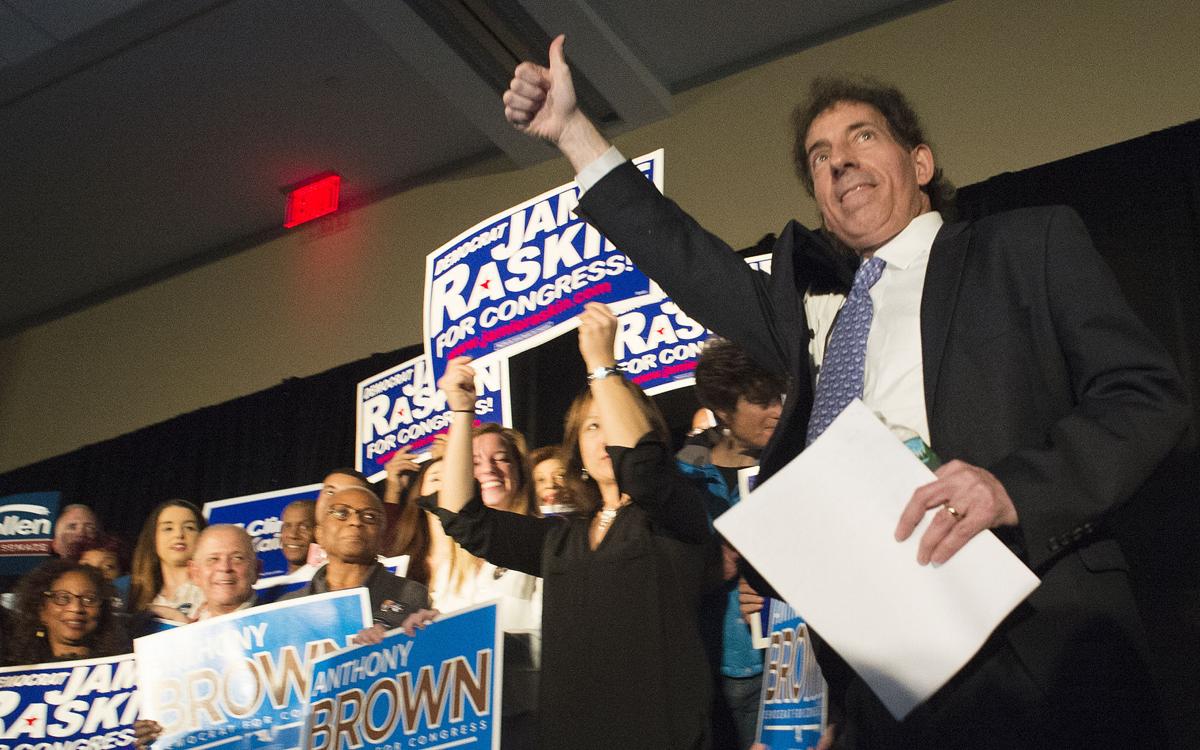 Congressman-elect Jamie Raskin takes the stage to deliver his acceptance speech at the Tommy Douglas Conference Center in Silver Spring on Tuesday.

Congressman-elect Jamie Raskin takes the stage to deliver his acceptance speech at the Tommy Douglas Conference Center in Silver Spring on Tuesday.

Raskin received 191,671 votes, according to results on the Maryland State Board of Elections website late Tuesday. Cox received 115,200 votes.

The 8th District covers portions of Montgomery and Carroll counties and large parts of Frederick County outside the city of Frederick.

Raskin joked that his first priority would be finding his office and hiring a staff.

But he said he wants to work to bring the country together after the election.

“This has been a tough campaign on the country,” Raskin said.

He said he’d like to focus on the nation’s infrastructure, including roads such as Interstate 270, Metro and other transportation systems, and water systems.

“We need to reinvest in America,” Raskin said.

Raskin has represented Montgomery County’s liberal District 20 — home to Takoma Park and Silver Spring — in the Maryland Senate since 2007.

He served as a Senate floor leader in the efforts to legalize same-sex marriage and to abolish the death penalty.

His wife is Sarah Bloom Raskin, a deputy secretary of the U.S. Department of the Treasury. They have a son and two daughters.

At the Frederick County Republican Central Committee’s election party at the FSK Holiday Inn Conference Centerl, handfuls of attendees stood and watched projections of presidential election coverage on a screen in front of the meeting room.

Cox sat at a table with his wife, who sported a campaign shirt, checking the Maryland Board of Elections site for updates on his race. Carroll County lagged with zero precincts reported on the site as The Associated Press called Raskin as a winner in the race.

“It looks like it’s Jamie Raskin’s night, so I congratulate him,” Cox said at the Republican Central Committee’s celebration party at the Holiday Inn. “And I’m excited to see and very honored to receive a strong vote in Frederick County.”

Gansler said he and Raskin took a long walk through Rock Creek Park after the primary election, and talked about how to represent a district that stretches from Takoma Park to the Pennsylvania border.

Raskin was clear that the solution was to talk to people and get to know the issues, Gansler said.

Cox, the founder and sole practitioner of the Emmitsburg law firm Cox Law Center, wanted to call for a new Grace Commission. The commission was an investigation Reagan requested that focused on waste and inefficiency in the federal government. He also campaigned to impose a flat tax, in which all individuals pay the same rate regardless of income, and strengthen gun ownership rights.

He said in previous interviews with The Frederick News-Post that money cut from bloated government agencies could be used for military and defense programs and infrastructure improvements.

In the 8th District, 498,440 people are registered — 52 percent of them Democrat, 27 percent Republican and 21 percent third party or unaffiliated.

There were 44,312 absentee ballots, which the state will begin counting Thursday, requested in the 8th District as of Friday’s deadline. Democrats requested 27,550 ballots and Republicans requested 8,496. The remaining 8,266 absentee ballots were requested by third-party and unaffiliated voters.

In the Booth: Election night

Scenes from the 2016 General Election