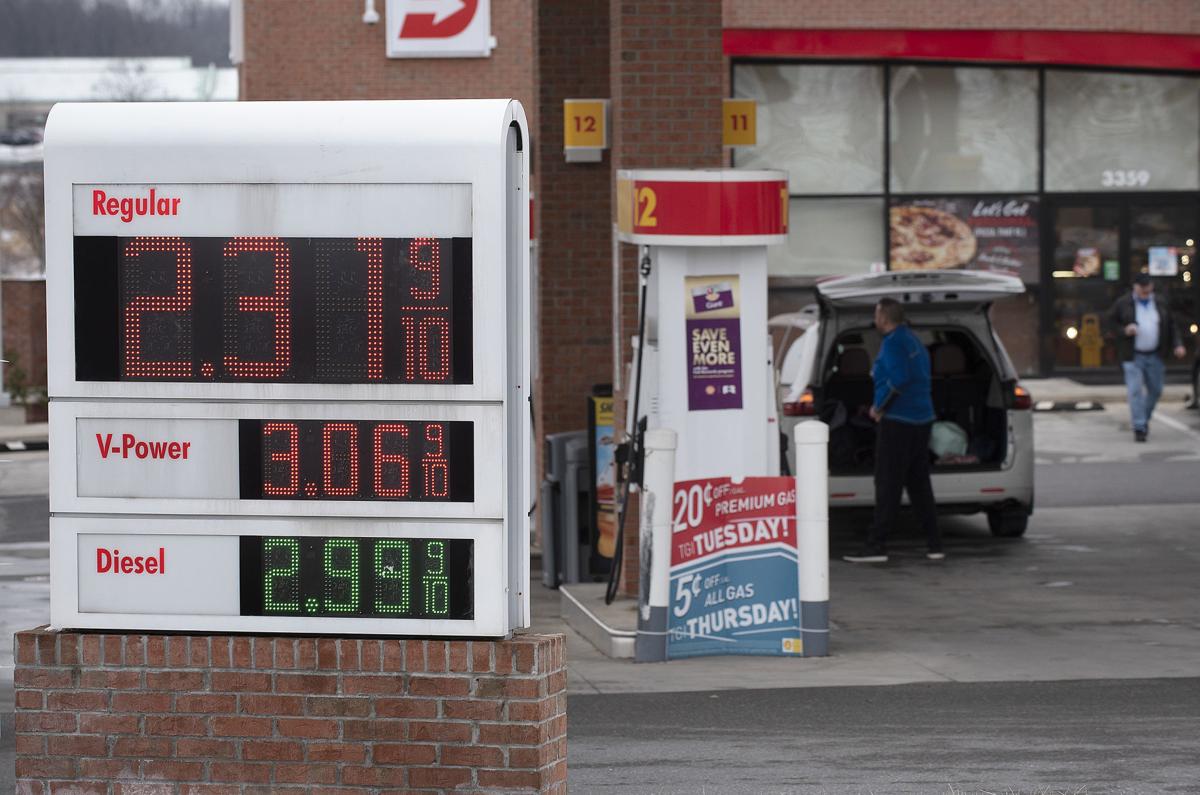 A gas price sign seen Friday at the Shell station on Fingerboard Road in Urbana.

A gas price sign seen Friday at the Shell station on Fingerboard Road in Urbana.

After months of reports that gas prices could be headed up, Frederick and Maryland in general have begun to see a rise.

And they’re likely headed even higher before they start to come down again.

Frederick’s prices are up 12 cents from a month ago, averaging $2.33 a gallon, according to AAA Mid-Atlantic.

That’s lower than Maryland’s statewide average of $2.35, up 11 cents from a month ago.

But even with the increase, gasoline prices are lower than last year, with Frederick prices down 15 cents a gallon and statewide prices 14 cents lower than a year ago.

And both local and statewide prices today are lower than the national average of $2.39 a gallon.

It’s too early to say whether the higher prices will affect travel, said Christine Delise, a spokeswoman for AAA Mid-Atlantic.

But a drop in travel may be unlikely, since prices are trending lower than they were last year, she said.

The rise in prices is likely a combination of several factors, Delise said. Crude oil has been trading higher since the beginning of the year, and an OPEC agreement to cut production also began in 2019, she said.

The changeover involves maintenance that can include inspecting, replacing, and updating equipment, said Patrick DeHaan, an analyst with the industry website GasBuddy.

Prices usually start to rise in mid-February, and continue to rise through April or May, he said.

DeHaan expects Maryland prices to peak between $2.55 and $2.85 a gallon, but said how high prices will ultimately go will come down to factors that we don’t know about yet.

They include international issues such as relations with China and North Korea, and the situation in Venezuela.

The recent increase in the Mid-Atlantic region has also been affected by a February fire at a refinery in Delaware City, Delaware, DeHaan said.

There have been several other refinery failures in the Northeast, leading to utilization of refineries on the East Coast to be at only 64 percent. The number is usually around 85 percent or higher, DeHaan said.

He said prices will likely peak around Memorial Day, then drop a bit.

Not sure about Frederick, but I live in Maryland near DC and use getupside which is big in the area. Shaves money off each gallon of gas. The signup code EDWPE saved me 20 cents each gallon my first pump

So, if you don't like paying $3-$4 for gas, if you can't afford that, the answer is to buy a $35,000 new hybrid or EV? Vs. a $2000 used Saturn that gets 30 mpg? Can someone explain to me how that math works out? Where, specifically are the savings? You can buy a lot of gas for $35K, not to mention the interest paid on the loan you took for a car you actually can't afford. But- if you can afford to pay cash for the new hybrid/EV and saving gas helps you sleep at night, go for it. Clearly in that case $$$ is not the issue.

Still only $2.23 at Costco and they have the best refined gas on the market. But anyone concerned about gas prices needs to get a hybrid or EV. A hybrid can get over 50 MPG. For example Camry gets around 56. Even their large Avalon hybrid gets 44 MPG. Or get a EV and never buy gas.

I can recall gas wars in the 60s and seeing 14.9 cents. Seems like the minimum wage was around 50 cents an hour.

I’ve read that gas stations price their fuel on the basis of replacement cost rather than acquisition cost. Assuming that is true, I’d surmise there was spike in oil prices on or about the date in question. Or possibly a tax was taking effect.

They use Last in, First Out (LIFO) accounting.