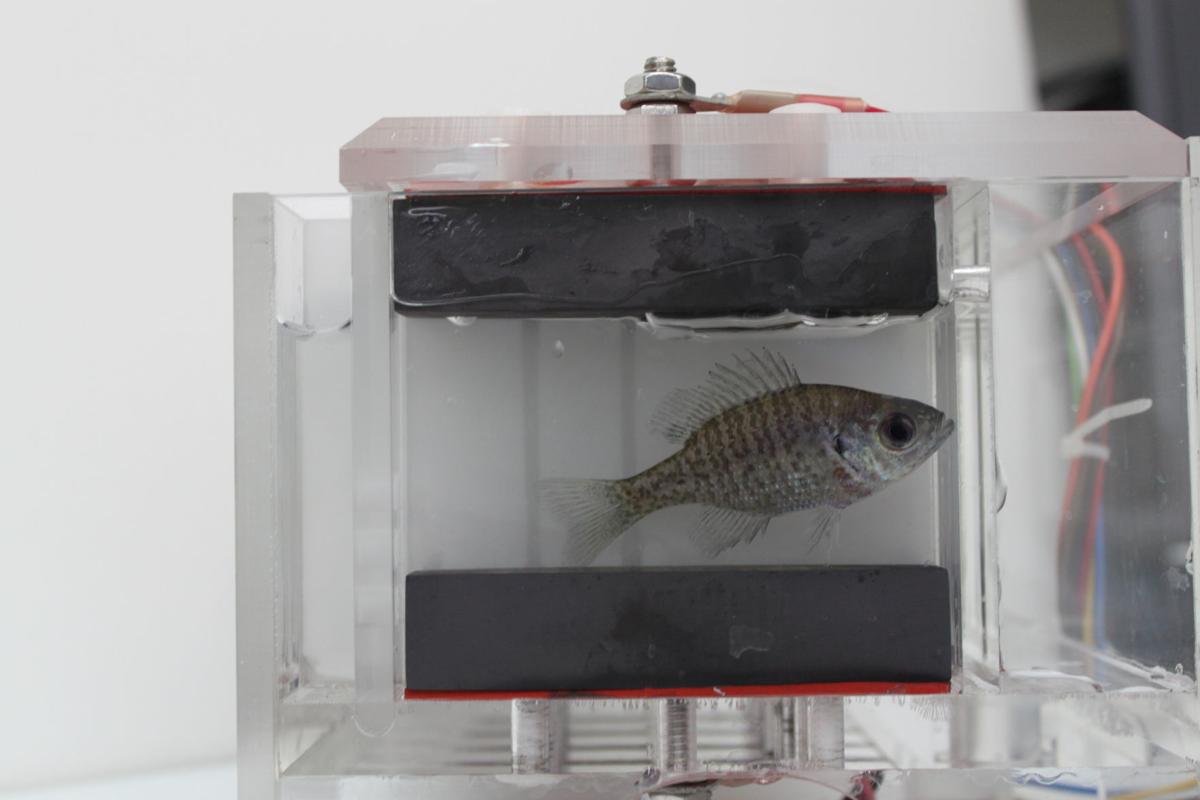 A bluegill in the fish biomonitoring system. 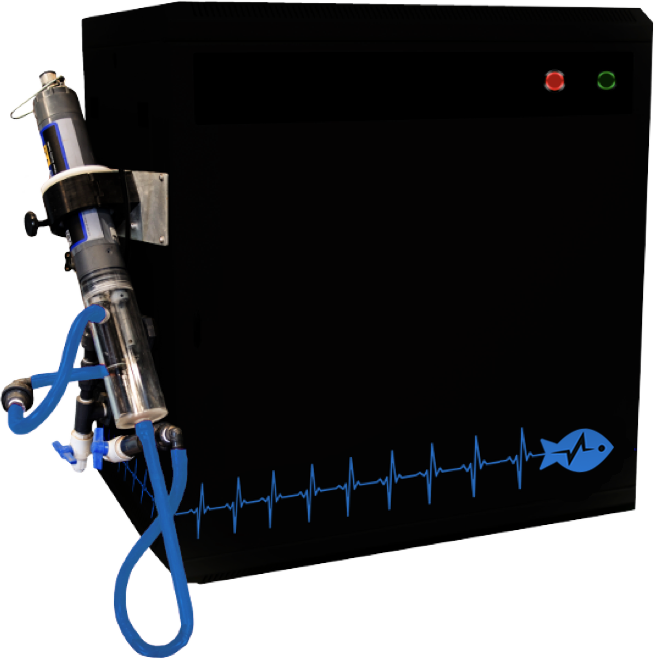 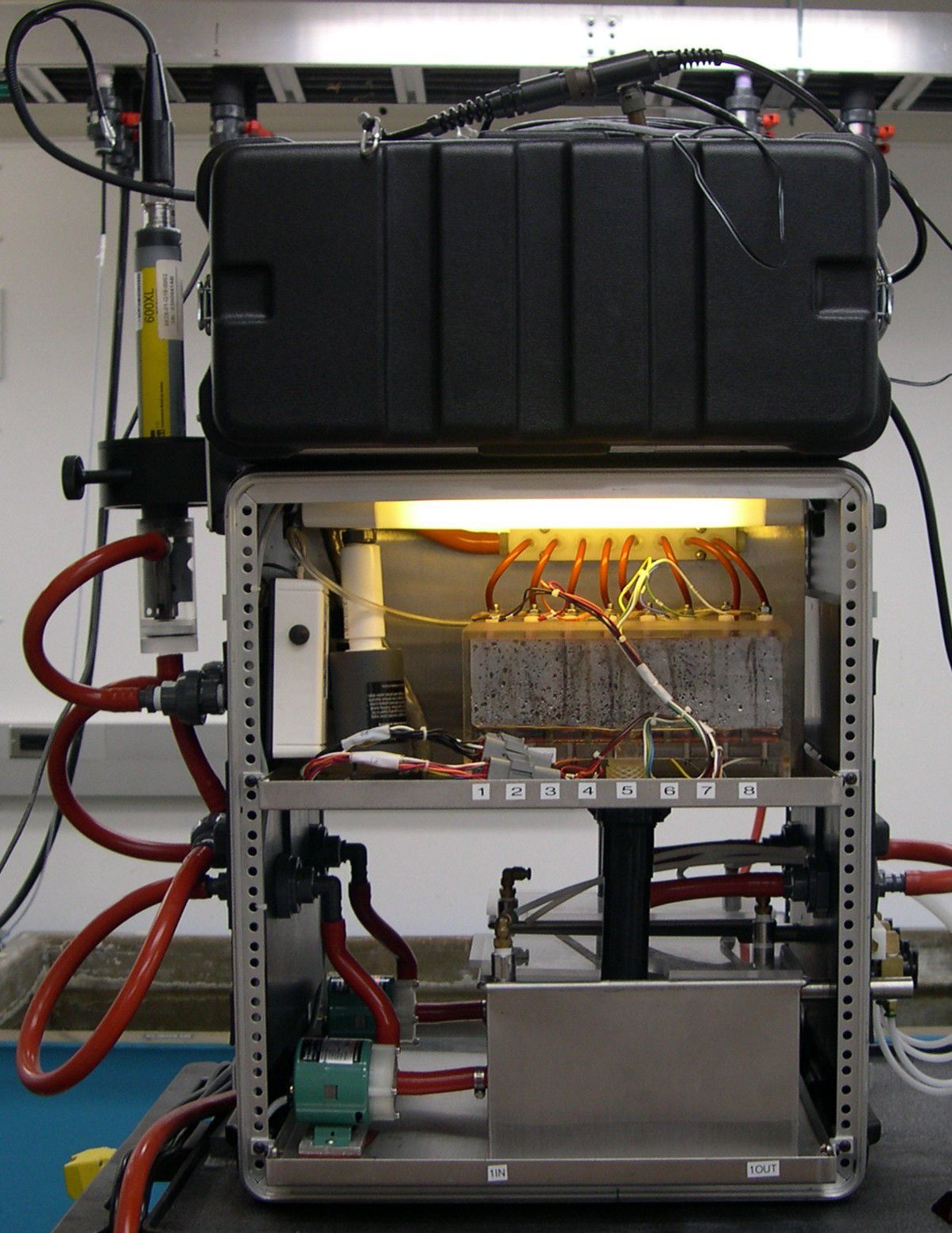 One of the fish biomonitoring systems in use at Fort Detrick. 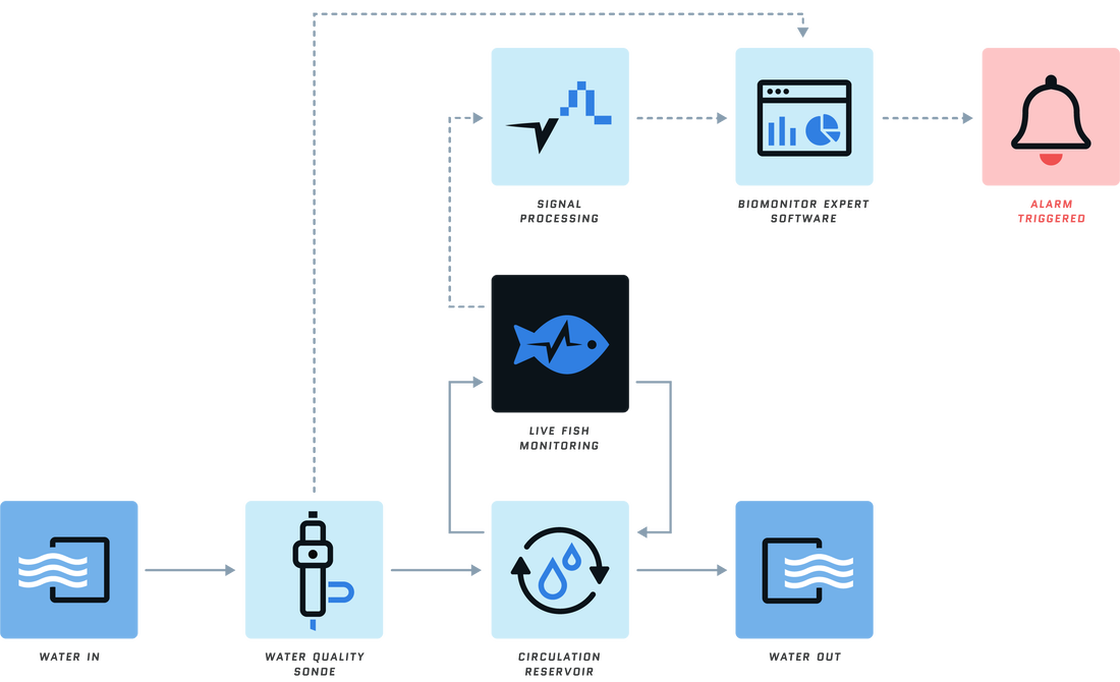 Infographic on how the fish biomonitoring system works.

A bluegill in the fish biomonitoring system.

One of the fish biomonitoring systems in use at Fort Detrick.

Infographic on how the fish biomonitoring system works.

Terry Collins, cofounder and CEO of Blue Sources, was at a tech transfer in 2014 when a device caught his eye.

Collins’ background was in information technology, but the black box brought to the event by the U.S. Army Center for Environmental Health intrigued him. Or rather, the fish inside of it did.

“I almost walked away from it, saying, ‘I don’t know anything about that.’ I kept looking at it and I’m like, what water utility in the country would not want one of these things?,” Collins said.

The Army device was a fish biomonitoring system, designed by William Van Der Schalie during his graduate work at Virginia Tech in the 1980s. It acts as a canary in a coal mine for water sources, Collins said.

The device relies on a group of bluegill fish to test water for acute levels of toxins by using a computer algorithm to measure a fish’s biological responses, such as respiratory rate, said David Trader, research biologist and executive officer with the U.S. Army Center for Environmental Health.

“It’s a not a live/dead monitor, it’s a lot more subtle than that,” Trader said.

In May 2004, a rain event caused the toxicity levels of the Monocacy to rise, and the fish alerted. There was a fish mortality with that event. In New York, fish alerted to a diesel spill.

Those are the two events that the Army is allowed to publicly discuss, Trader said.

The monitoring system works in near real time, with data pulled every 15 minutes. If the fish alert, the system sends out a call or email, Trader said.

A company called Intelligence Automation Corp worked with the Army until 2006 to maintain the system. Starting in 2006, the job of making sure the fish were replaced every two weeks fell to Trader.

Now that falls to Blue Sources. After seeing it at the tech transfer, Collins did some more research and decided that it would be something he would like to pursue.

“They were interested, they were motivated, and they had the experience,” Trader said.

Collins and Blue Source currently owns the patent license for the fish biomonitoring system. The company plans to sell the device as a subscription service. Instead of paying for the device, they pay for the care, maintenance and monitoring.

Part of the care for the systems requires Collins and his partner to replace the bluegill fish every two weeks. The bluegill, naturally, go up to a month without eating, Collins said.

“They’re really the couch potato of fish, so they don’t really mind sitting around,” he said.

So the eight fish are kept in their own pens within the device, where they float and swim. Then after two weeks, they are taken out and replaced with the new fish. The older fish are then put into a larger pen, where they are fed. The fish can be used multiple times until they are too large for the device.

Fish are sourced from hatcheries, which grow the fish as bait, Collins said.

The fish are considered the white mice of environmental research, he said, and the Environmental Protection Agency has tested the fish against thousands of chemicals.

The fish do not have a special response to each chemical. They just alert that something is wrong with the water, meaning it needs to be tested by the water plant’s operators, Collins said.

Blue Sources currently replacing all the units in D.C. and are in talks to do the New York ones, he said. Although monitoring devices are found outside of Maryland, Collins said the company plans to stay local.

“Everything that we do and every company that we work with, even our attorneys and accountants and people like that, are all based in the city of Frederick and Frederick County. Everyone,” he said.

Great work by Bill van der Schalie. I hope his work takes off.