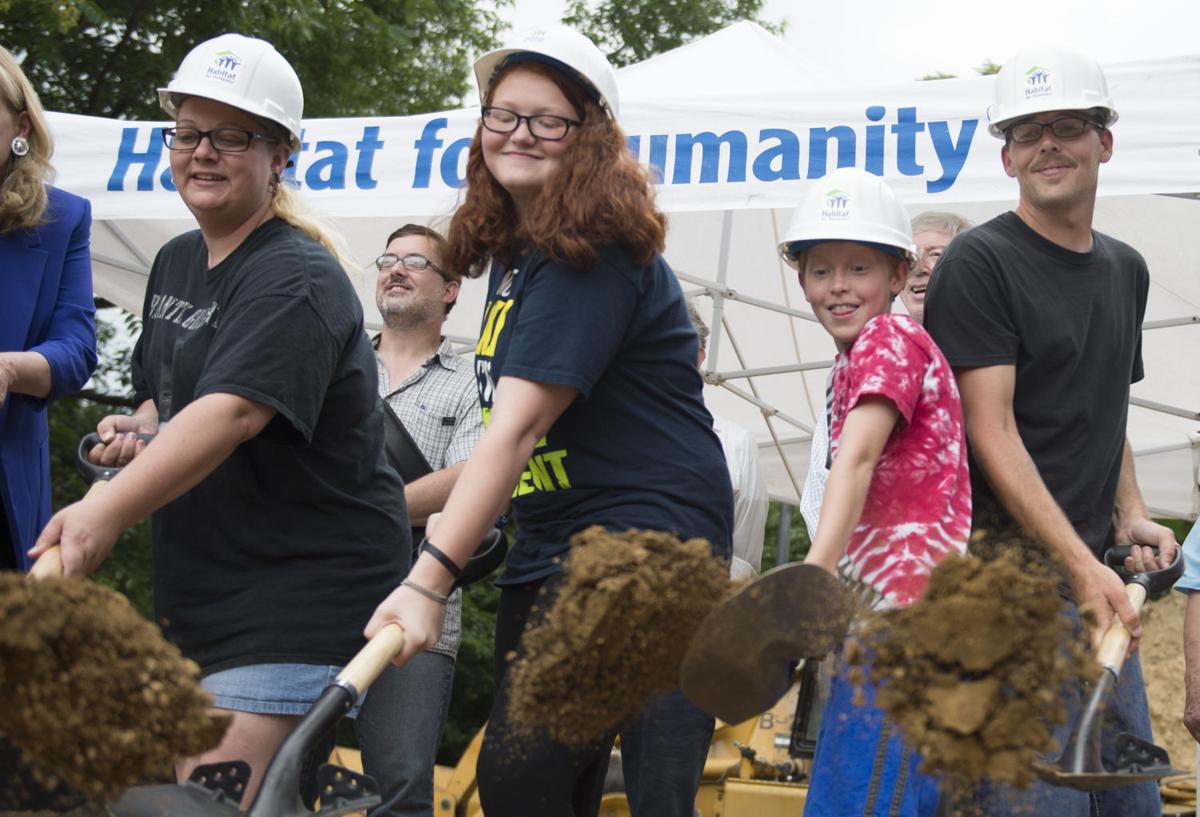 The Heim family, from left, Cynthia, Joanna, 14, Wade, 12, and Michael, tosses shovels full of dirt in a groundbreaking ceremony for the Habitat for Humanity house where they will live. 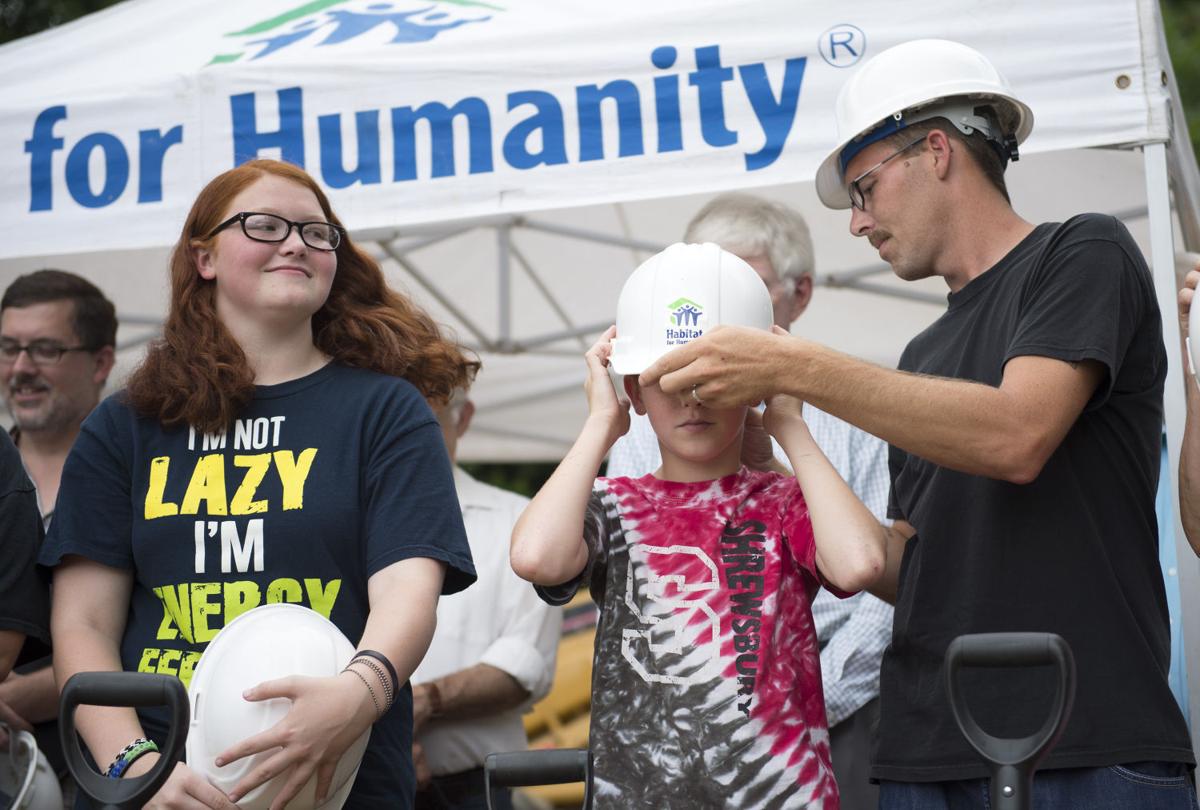 Michael Heim helps his son, Wade, 12, with his hard hat, while his daughter, Joanna, 14, watches Wednesday as they prepare to take part in a ceremonial groundbreaking. The family, including Heim’s wife, Cynthia, not pictured, will move into a new house to be constructed in Brunswick by Habitat for Humanity.

The Heim family, from left, Cynthia, Joanna, 14, Wade, 12, and Michael, tosses shovels full of dirt in a groundbreaking ceremony for the Habitat for Humanity house where they will live.

Michael Heim helps his son, Wade, 12, with his hard hat, while his daughter, Joanna, 14, watches Wednesday as they prepare to take part in a ceremonial groundbreaking. The family, including Heim’s wife, Cynthia, not pictured, will move into a new house to be constructed in Brunswick by Habitat for Humanity.

When Michael Heim’s friend suggested he and his family apply for a Habitat for Humanity house, he decided to make the call.

The family — Heim, his wife, Cynthia, and their two children, Joanna, 14, and Wade, 12 — had moved from Baltimore to Middletown for better schooling, Michael Heim said.

“When I called [Habitat], they were like, ‘Well, there’s probably going to be a waiting list for two years,’” Michael Heim said, “and we were like ‘OK, we can do that.’”

So when Habitat finally called the family to let them know they’d be getting a house, they were more than excited.

“It was a dance around the house,” Cynthia Heim said.

On Wednesday afternoon, Habitat for Humanity of Frederick County broke ground on the house at 19 W. C St. in Brunswick, where in a few months, the Heim family will be living.

People crowded onto the plot of land to celebrate the groundbreaking and commend Habitat and the other participating organizations for their work.

The event marked Habitat’s partnership with Brunswick and Tyler Cos. Tyler and its subcontractors will build the house.

Tome said she was excited about the house being built in Brunswick and emphasized having the whole community working together to accomplish something.

“We’re stronger when everybody comes together,” she said.

The house in Brunswick will take about four to six months to finish, Cramer said. It’ll be built with the help of many volunteers and the Heim family, he said.

“We’re so thankful ... as we can turn this empty lot that had been the result of a fire into something that will become a residence, a home to them,” said the Rev. Ken Dunnington, president of the Habitat board. “Where they can enjoy greater opportunities than maybe they even thought they could.”

This is just the start of what Habitat is hoping to do in Brunswick.

In about a month, Habitat will have another Brunswick groundbreaking for its “Women Build” home on Park Avenue. Women Build is Habitat’s program for women who want to learn how to construct a house and give back to the community.

Cramer said the groundbreaking ceremony is one of the most heartwarming events.

He also outlined some simple goals for Habitat: “We want to grow; we want to build more affordable housing; we want to do our part in that.”

But he said it’s not just Habitat, and recognized all of the other people and organizations in the community that are helping with affordable housing. Without all of this help, Cramer said, all that Habitat does would not be possible.

Members of the Heim family grabbed shovels, put on construction hats and dug in to the lot where their new home will be.

“It’s all about the kids. Whatever we can do to help the kids out,” Michael Heim said. “It’s always for the kids.”