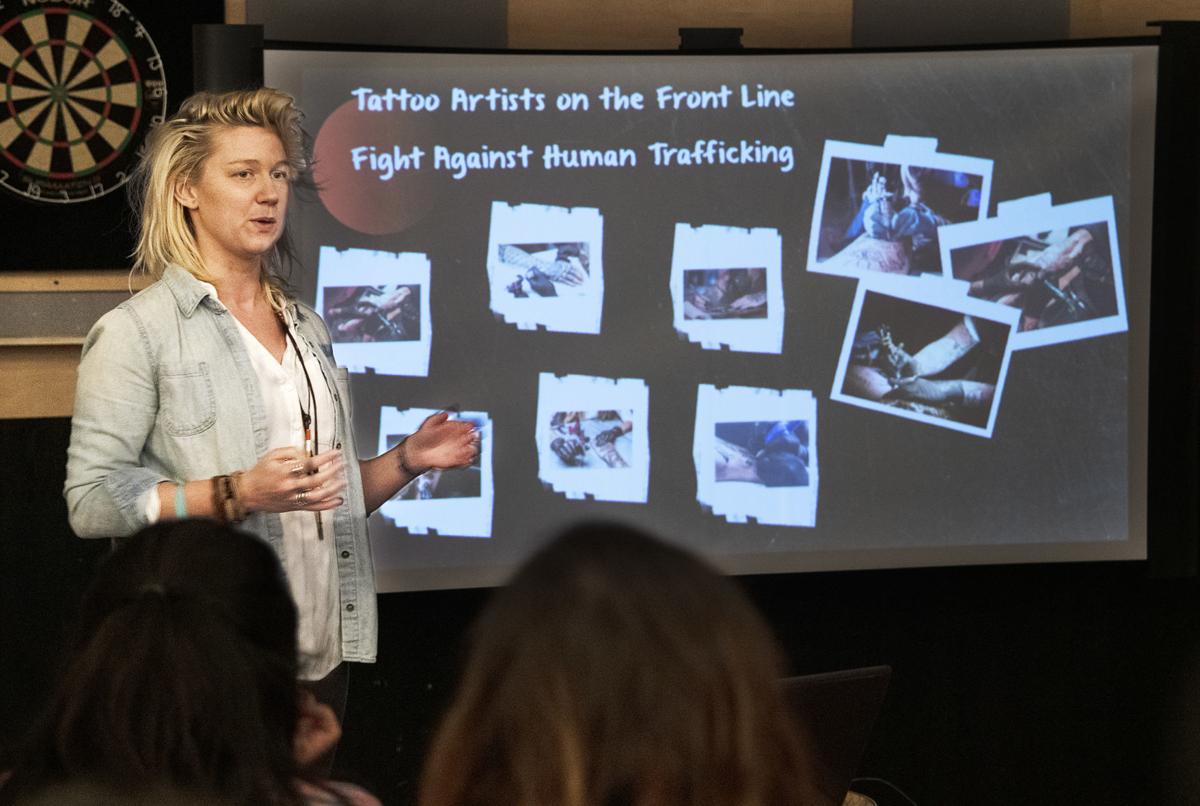 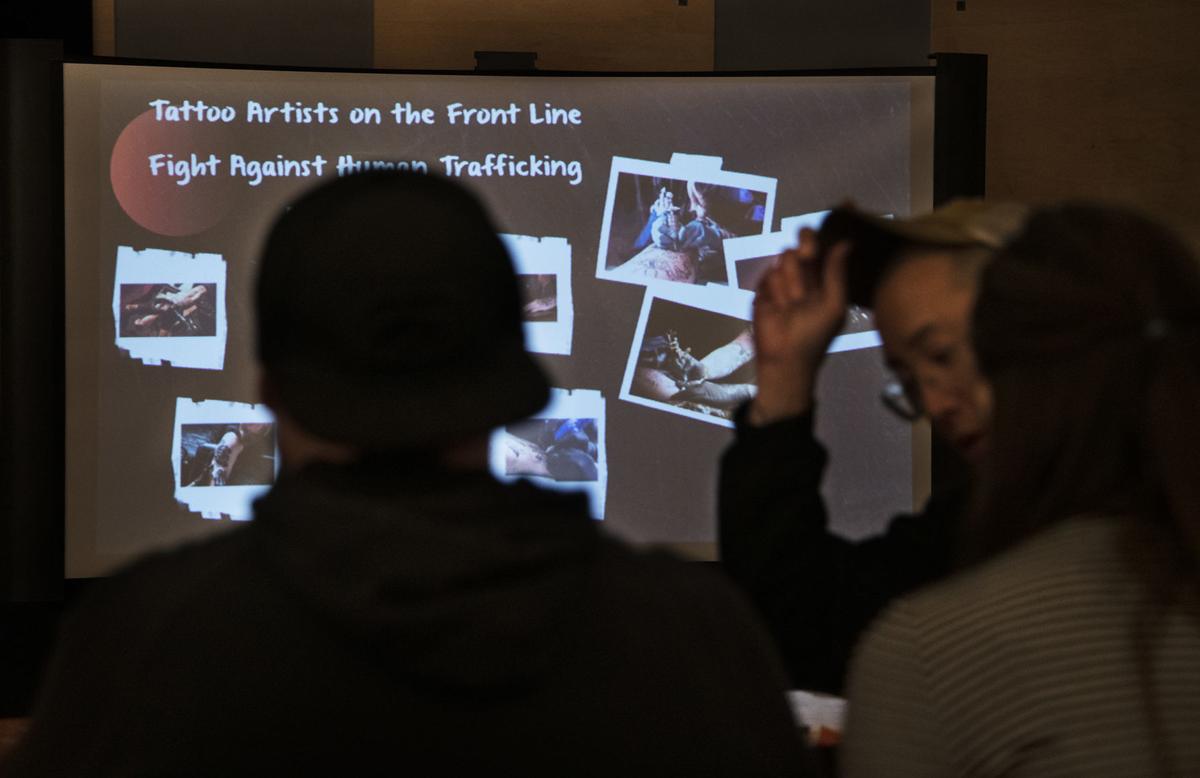 The Tattoo Artists Against Human Trafficking program was presented by Heartly House on Tuesday evening at Olde Mother Brewing in Frederick.

The Tattoo Artists Against Human Trafficking program was presented by Heartly House on Tuesday evening at Olde Mother Brewing in Frederick.

Many human traffickers use tattoos to “brand” their victims, a practice that Heartly House aimed to address at the Tattoo Artists Against Human Trafficking event Tuesday evening at Olde Mother Brewing.

The event, which was open to tattoo artists, tattoo parlor employees and some social workers, focused on the red flags to watch out for when it comes to human trafficking.

“We want the people to come to understand that trafficking does happen in Frederick County, that Heartly House is a good resource if they have questions,” said Jenn Tousey, community outreach and prevention manager at Heartly House.

While some traffickers might tattoo their victims personally, the victims are often taken to professional tattoo parlors. Artists should look out for people who are brought in by another person, who rarely leaves the client’s side and speaks for them, said Amy Wilkinson, youth education coordinator, who gave the talk.

Wilkinson also described the kinds of tattoos that are often used by pimps to brand their victims. These include crowns, the pimp’s name, or “property of” followed by the pimp’s name, references to money and the phrase “Pay me.”

She showed pictures of the examples and pointed out the differences between branding — which are often simple shapes with little line work — and tattoos that are for self-expression, which could easily include a crown or other symbol related to trafficking.

Themes that Heartly House staff has especially seen in Frederick include references to “loyalty” and “respect,” in addition to names with crowns.

“You see some hyperlocal trends, but for the most part, because it’s a signifying brand, you see some of the same sort of ideas so they’re recognizable, which is the point,” Wilkinson said.

If a tattoo artist or any bystander fears that someone might be a victim of human trafficking, they shouldn’t try to stop the situation on the spot, which could put the person in danger, Wilkinson said. They should instead take note of details that they can later report to the authorities, including license plate numbers and what the victim is wearing, Wilkinson said. They can then call Heartly House’s hotline, which is open 24 hours a day.

This is one of the first events that Heartly House held that is aimed more toward professionals in a certain industry, Tousey said. In the past, most of their efforts have been targeted at partnering agencies, which resulted in a lot of “educating each other,” but not as much education to the rest of the community.

“We thought this would be a good way to spread the word about human trafficking but also educate people who might come into contact with trafficking victims and not know it,” Tousey said.

Wilkinson got the idea for the talk after attending the Child Sex Trafficking Conference at Towson University and seeing that there were many national trends for branding tattoos, in addition to the hyperlocal trends that Heartly House sees in Frederick.

“I just felt like if so many victims have brands, why not enlist the help of the tattoo artists?” Wilkinson said.

At the end of the meeting, Tousey proposed that some of the tattoo artists present might be able to do cover-ups of tattoos for victims of human trafficking. Many of the artists immediately expressed interest, and began discussions on how they might be able to offer help to the victims.

Wilkinson was thrilled with the turnout at the event, which about 30 people attended. Even though many tattoo artists said that they think many of these brands won’t be done at a professional shop, she thinks it’s important for them to get involved.

“The first thing is getting involved with your community and learning how to recognize that human trafficking is an issue nationally but also here in Frederick,” Wilkinson said. “So showing up to presentations like this and just meeting other like-minded individuals who are trying to support a community that needs a little bit of help is a great way to get involved, stay involved.”