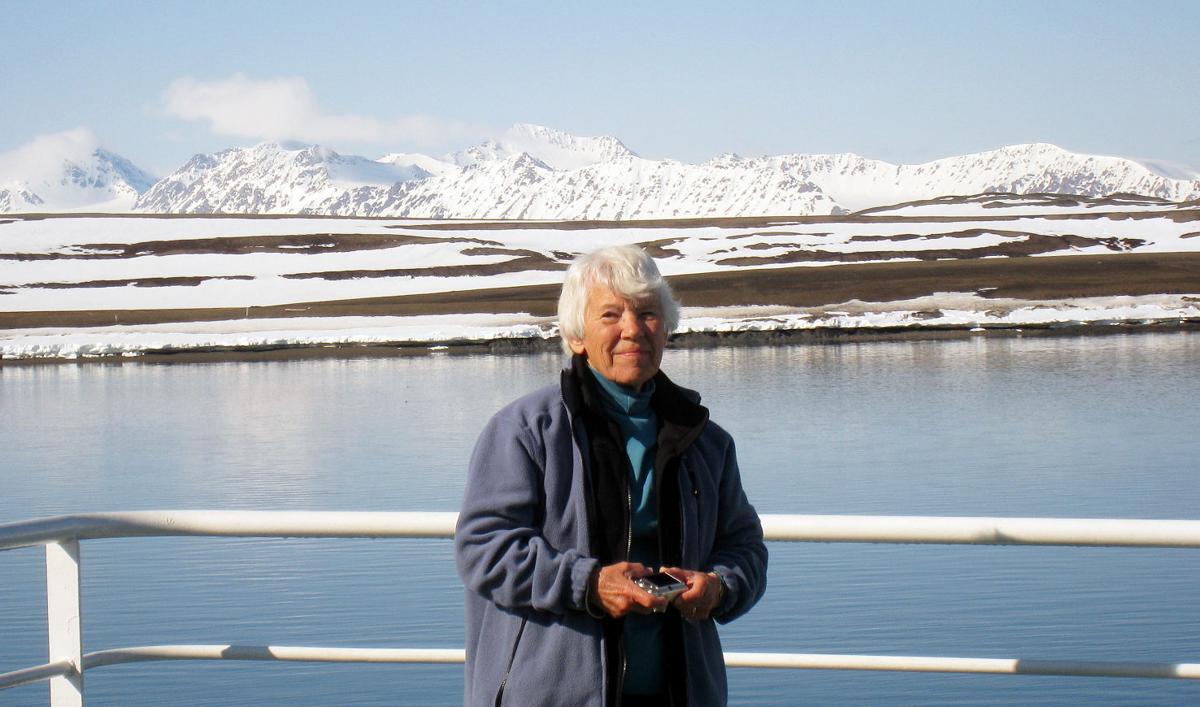 Ruth Hale Wales was an avid traveler, venturing to Turkey, Ireland and the Panama Canal among other places. 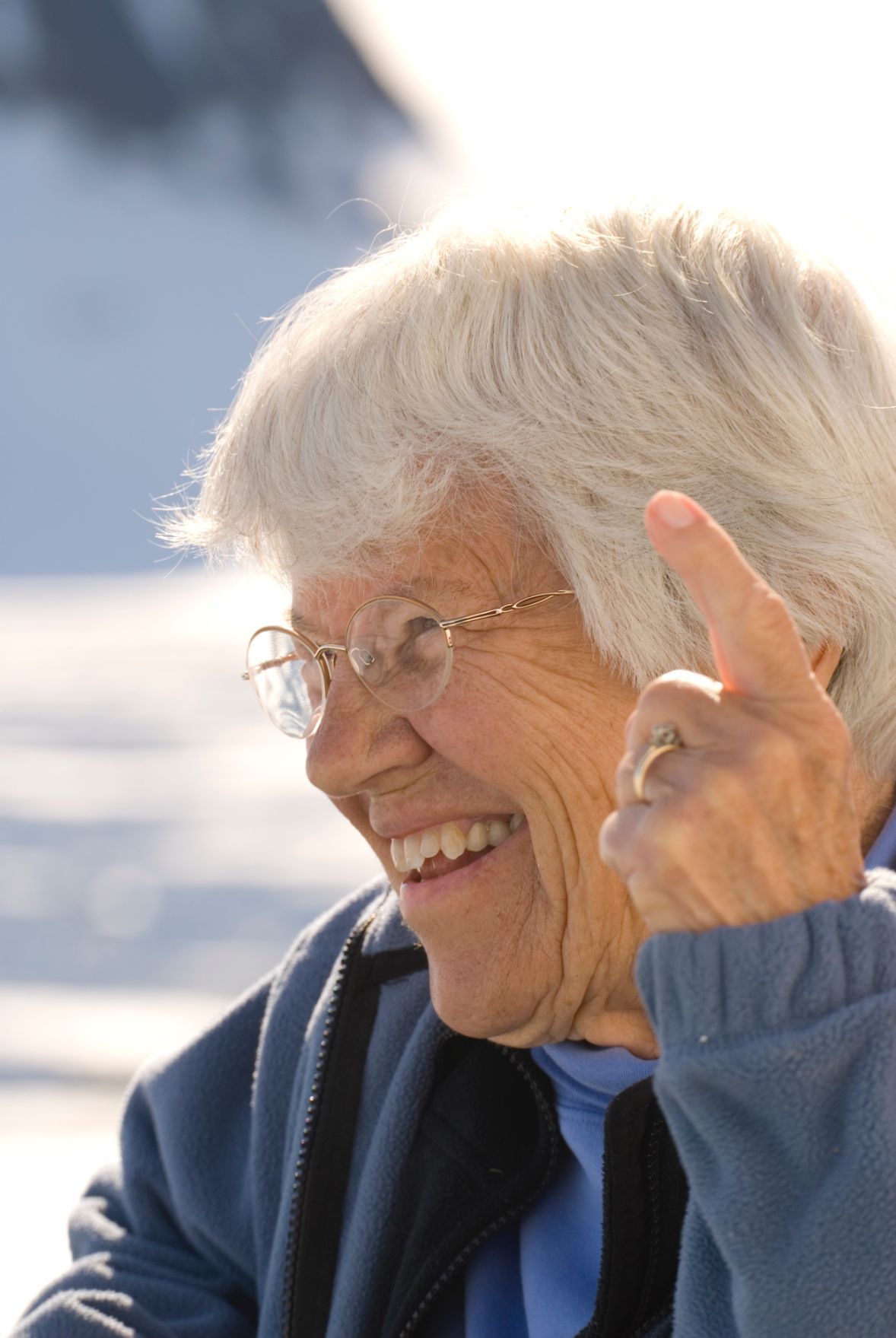 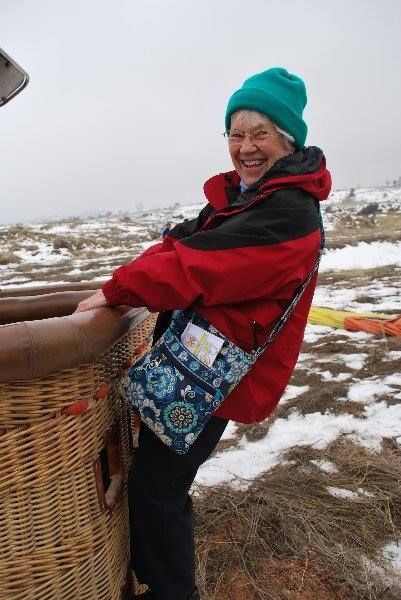 Ruth Wales leaning on to a hot air balloon during a trip to Turkey several years ago.

Ruth Hale Wales was an avid traveler, venturing to Turkey, Ireland and the Panama Canal among other places.

Ruth Wales leaning on to a hot air balloon during a trip to Turkey several years ago.

From practicing yoga three times a week to riding a hot air balloon in Turkey at the age of 87, Ruth Hale Wales was the kind of person who was always on the go, family and friends said.

“It was very hard to keep up with her,” said Judy Peterson, Wales’ daughter. “She was always involved in everything; a very active volunteer when I was growing up.”

Wales volunteered regularly with her church and other organizations in Frederick after moving to the area in the early 1990s. Her sense of justice and commitment to helping people led her to become a founding member of Habitat for Humanity of Frederick County in 1993 and to continue serving as treasurer for years afterward.

“She came from the southern part of Virginia and grew up in an area where people lived in substandard housing and saw it as a real need [here],” Peterson said.

Wales was awarded the Governor’s Unsung Hero Volunteer award in 2002 for her work with Habitat for Humanity, according to Peterson.

A house currently under construction in Brunswick will be dedicated in Wales’ honor, and the local nonprofit is working on establishing a “Ruth Wales Build Day,” something she would have truly loved, said Ron Cramer, head of Habitat for Humanity in Frederick.

“I used to always tease Mrs. Ruth and tell her, ‘I understand I’m the executive director, but you’re still running the place,’” Cramer said, laughing. “She would say, ‘Ron, don’t you ever forget it.’”

Wales died after she had a stroke during yoga class. She was 90, less than a month from turning 91.

“That’s probably the way she wanted to go,” Peterson said. “She would’ve never been able to stand it if she was bedridden or any of that.”

Just days before her death, Wales was still driving, volunteering and exercising on a daily basis. She was also preparing to go on a cruise up the East Coast, toward Maine, said Mary Meyer, a close friend.

“She went out the way she wanted to go out — no lingering, no nursing home,” Meyer said. “She wanted to live life to the fullest right to the very last second.”

And that’s exactly what Wales did.

At 87, she ventured to Turkey with a group from the Evangelical Reformed United Church of Christ. At 88, she traveled to Ireland. And at 89, Wales went to the Panama Canal, according to Meyer.

“I’ve never seen anyone who had a zest for living life to the fullest like she did,” Meyer said. “She wanted to try everything.”

In Ireland, the two friends walked around pubs introducing themselves to strangers and getting to know tourists and locals. One man gave Wales a big kiss and told her, “if you come back on your 100th birthday, I’ll get every guy in the pub to give you a kiss,” Meyer recalled.

In addition to having a love for traveling, Wales was a voracious learner. She worked as head librarian at Howard Community College for years and held two master’s degrees “because she was always interested in learning,” Peterson said.

Wales, called “Babe” by family and close friends, was also a very health-conscious person. She exercised regularly and always watched what she ate. Wales took up cross-country skiing in her 60s and 70s, and often went hiking with friends.

But most of all, Wales was fearless. From hot-air balloons to riding a small plane with her grandson, Pete, piloting, she loved the thrill of life, a passion she passed along to others in her family.

“I think her legacy is no matter how old you get, you can still live and still be involved,” Peterson said. “You don’t have to stop just because of your age.”