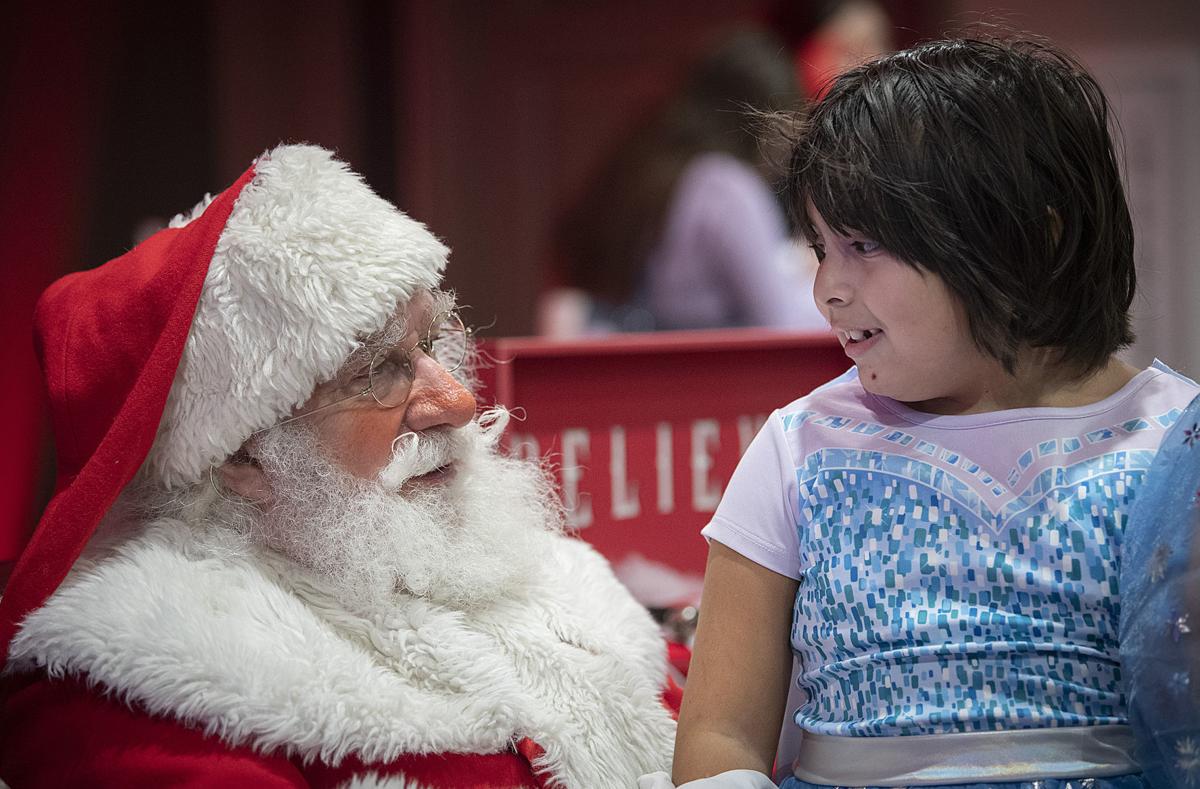 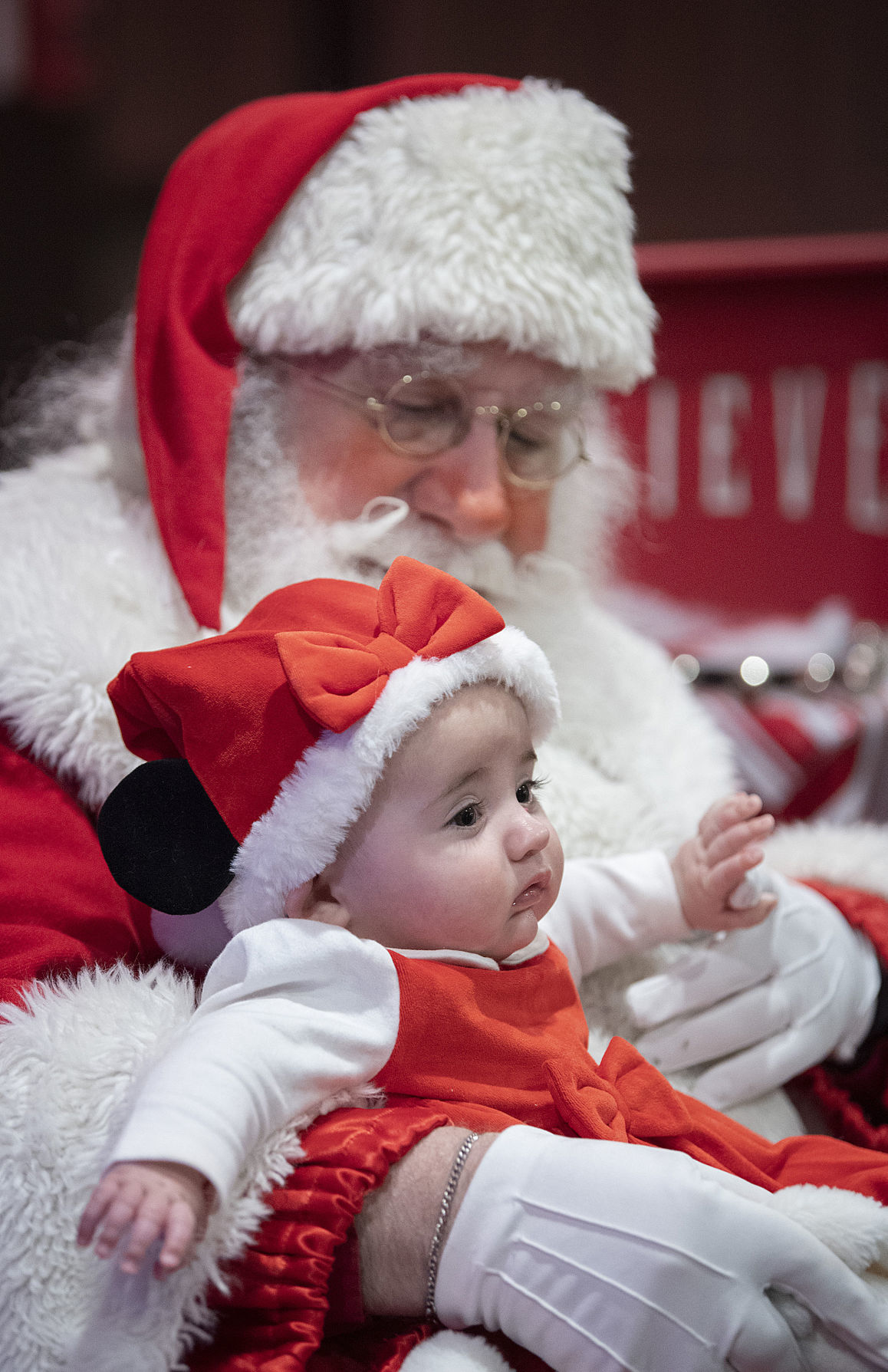 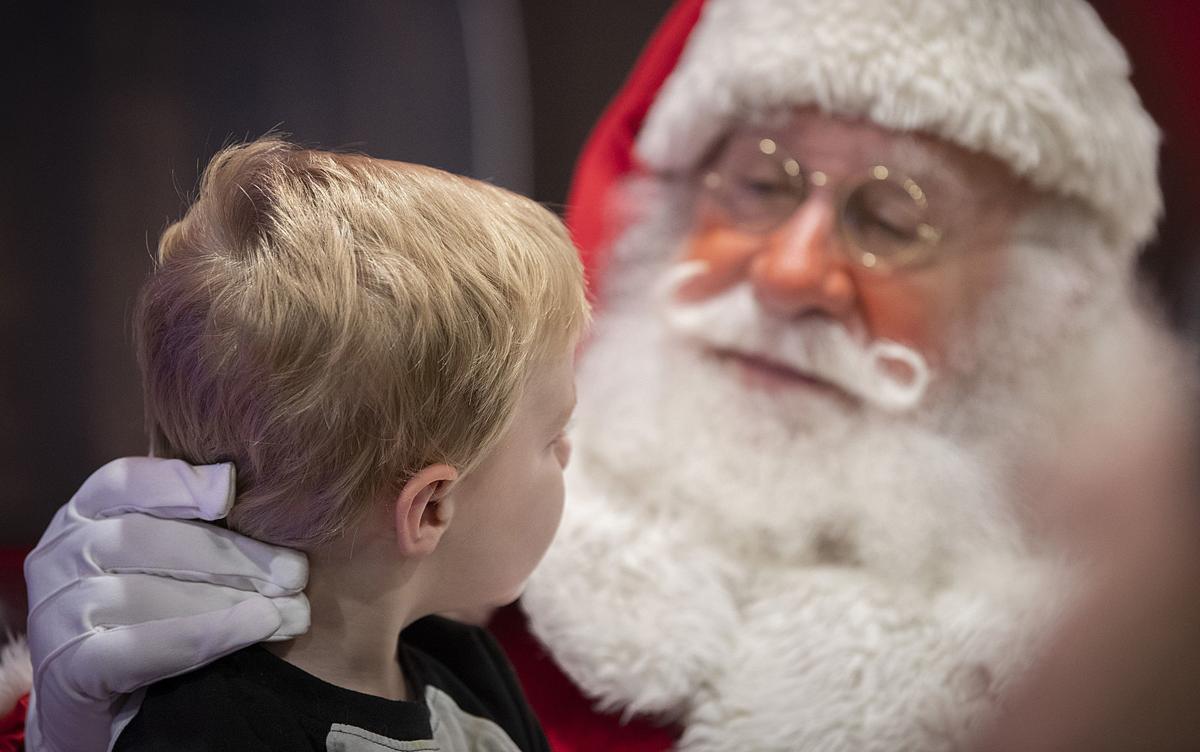 Brandi Rashidian needs to take a moment to compose herself before she can talk about Christmas and giving. Even with that moment, she gets choked up.

When Rashidian was young, her mother died, and Hospice of Frederick County provided the family with Christmas presents that year, she said.

“They came and flooded our home with gifts,” Rashidian said.

Now, Rashidian works as clinic director at Mid Atlantic Chiropractic Center in Frederick, which was founded by her husband, Amir Rashidian. As someone who is better off, she saw this as a chance to give back to the community, she said. It allows children to believe in something, to make wishes and see them come true.

“I think we forget sometimes when families have hardships, those are the first things to go,” Rashidian said.

She collected the names of families from Children of Incarcerated Parents, Faith House, the hospice, United Way of Frederick County and Care Net. There are 52 children, she said.

The center took the wish lists and pinned them to mittens that hung on the tree in the office. Clients could then take a wish list or “adopt” a family.

The center also offered free chiropractic adjustments to its clients. In exchange, the clients paid it forward by donating to Habitat for Humanity of Frederick County, donating a toy or adopting a family.

The Rashidians thought clients would buy only one toy, but many supplied all the items on the lists.

“Our patients are just so incredibly generous,” Amir Rashidian said.

On Tuesday, which is known as Giving Tuesday because it falls after Thanksgiving, the center took a conference room at the Residence Inn and hung up lights, played music and brought Santa Claus.

There was hot chocolate provided by Baltimore Coffee and Tea, desserts and some food. The kids could make candy cane ornaments while parents picked up bags stuffed with gifts.

“They transformed a room that’s a conference room into a winter wonderland,” Cramer said.

Events like this one help parents give to their children. Everyone deserves to be happy around the holiday season, he said.

“Kids need love, and they need to feel loved,” he said.

The donations that Habitat receives will go to its programs, including the home repair program, said Bethany Miller, development and marketing director.

The average cost of a home repair project is $1,100, Miller said. If Habitat receives the full $20,000, it would mean potentially completing 19 or 20 projects.

In the conference room, kids ran around between the food and the tables. Some were hesitant to approach Santa. When the kids did pose with Santa, Brandi Rashidian snapped a photo.

Niaisha Thompson, of Frederick, came to the event after being referred by Care Net. She has four children, and while they could not come to the event, she said it would help her give them a merry Christmas.

“I grew up with Christmas, so I think they should have it,” Thompson said.

Many of the families receiving gifts were there so that they could help bring the holidays to their family. Beverly Banks, of Frederick, was there with her 12 grandchildren, who range in age from 5 to 13. They were referred by Children of Incarcerated Parents Partnership.

With the food, the music and the themed lighting, she said it was like taking the children out to dinner. With such a large family, it can get expensive to do things. COIPP often provides excursions for children with parents in jail or prison.

While she said the most important part of Christmas was learning about Jesus and being with family, she knows that gifts can play a big role in the kids’ lives. They will go back to school after the holidays and hear what other children received.

“It’s just important to get something because I don’t want them to feel like they aren’t loved or less loved,” she said.

Mid Atlantic Chiropractic Center pulled the holiday event off in about a month, Amir Rashidian said. Next year, he hopes to double the amount donated and watch it grow.

“Christmas is about love and giving and sharing,” he said.

Fred and Ellen Berney sat at their kitchen table as people hammered, sawed and used screwdrivers around them.

Really appreciate placing the word "adopt" in quotes where "sponsorship" is accurate. As an adoptee my whole life (so far) and adoptive parent, I experience adoption as an everyday-every-minute kind of thing.

Of course, the meaning of adopt is not limited to the sort of adoption to which you refer. As part of the adoption triad myself, I’ve never shared the possessiveness of the term that some folk do.

Thank you Dr. Amir and Brandi for sharing the love with so many. May God bless you all.

You all are the blessing to others.

The entire office is certainly a blessing to the clients and to the community!