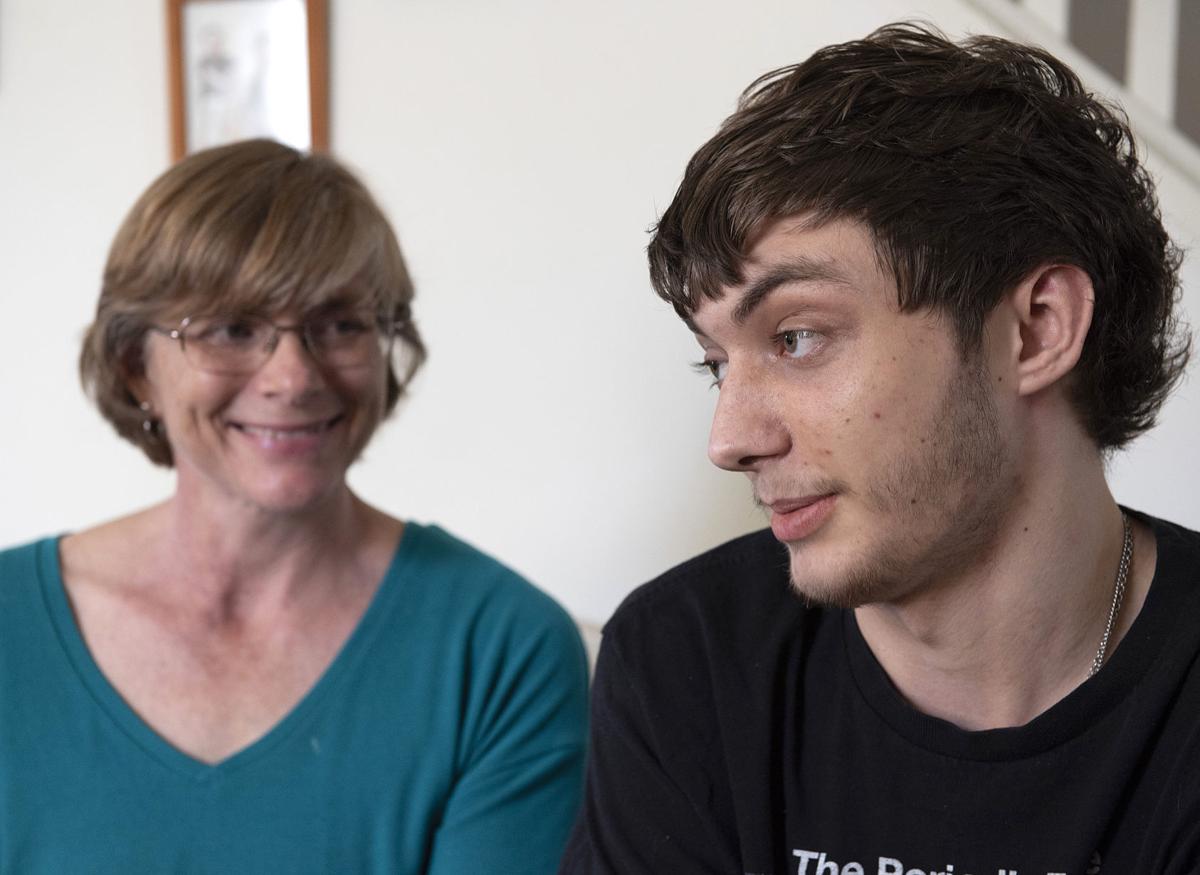 Peter Singley, 19, speaks with a reporter with his mother, Sue, on Friday in their home near Buckeystown. Peter wants to be a forensic photographer. 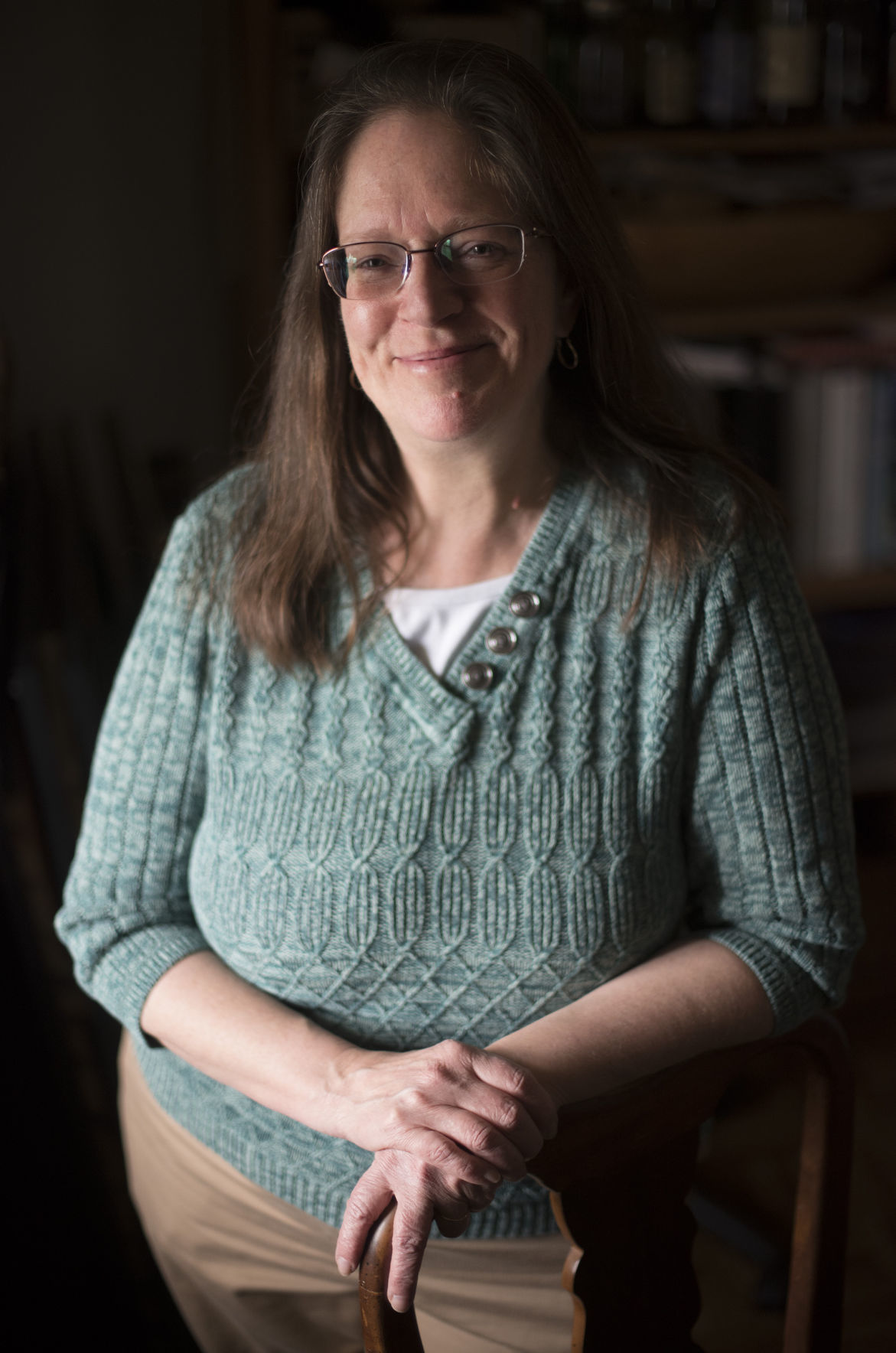 Dorothea Mordan, of Woodsboro, started a nonprofit called Kitsune, which aims to help adults with disabilities that might not qualify for state services because of the nature of their disabilities.

Peter Singley, 19, speaks with a reporter with his mother, Sue, on Friday in their home near Buckeystown. Peter wants to be a forensic photographer.

Dorothea Mordan, of Woodsboro, started a nonprofit called Kitsune, which aims to help adults with disabilities that might not qualify for state services because of the nature of their disabilities.

Peter, 19, wants to be a forensic photographer. He admitted it might be uncomfortable at first but anticipated his discomfort would lessen with time and practice.

“Going through that uncomfortable situation would make me feel like I could rise to the challenge in other things,” he said.

That would include things like buying apples in the grocery store, for example, a task he found overwhelming when his mom assigned it to him during a shopping trip a few years back.

Sue Singley waited for 20 minutes in another section of the store where her son was to meet her after picking up apples. He never came, so she returned to the produce section to find her son standing over the dozen varieties of apples, paralyzed by indecision.

“She just said, ‘go and get apples,’ but she didn’t say what kind,” Peter explained. “I was just confused.”

Peter, who falls on the autism spectrum, struggles with decision-making, communication, and situations that require multitasking or involve too many sensory inputs.

Asked what he would have done if his mom hadn’t advised him in the store that day, Peter said he didn’t know.

Peter, who lives with his parents near Buckeystown, has not yet had to consider that possibility. But Sue Singley worries what will happen when she and her husband are no longer able to take care of their younger son. He needs someone to turn to when the bus he takes to Frederick Community College changes its schedule, when he receives scam email masquerading as one from a family friend.

That’s where Kitsune comes in. Named after the wise but slightly mischievous fox in Japanese folklore, the nonprofit aims to help Frederick County residents with developmental disabilities cope with the tricks and speed bumps life throws their way.

Organization founders — the Singleys and two other Frederick County families — were inspired by their own developmentally disabled children who don’t qualify for state and federal services.

Peter, who has “high-functioning autism spectrum disorder,” according to his mother, was deemed ineligible for these services when they applied. Dorothea Mordan, another of Kitsune’s founding members, didn’t apply for her daughter because she said she already knew that the nature of her disability would render her ineligible.

Nicole, 24, struggles with executive functioning delays, meaning she has difficulty fully processing and understanding things, including when she is being taken advantage of. Mordan requested that her daughter not be identified by her full name to protect her from being targeted as she has been in the past — scammed by so-called “friends” who persuaded her to give them money or do other favors only to disappear after getting what they wanted.

Though still in its infancy, the group intends to fill the gap for this growing and vulnerable population by creating a residential program for disabled adults like their children. Plans call for a 12-unit apartment building, with 10 apartments reserved for those disabled clients who can hold down a job and pay rent. Another apartment will house a live-in residential adviser.

Mordan likened this adviser to a concierge who can provide that little bit of backup when a bus schedule changes or a scam caller asks for money, however often those scenarios arise. It’s not a group home, though, which sets Kitsune apart from other local residential programs for people with disabilities.

Shauna Mulcahy, The Arc of Frederick County’s development director, also noted the distinction between Kitsune’s idea and the Arc’s residential services for disabled clients. Housing options in general top the list of needs in Frederick, including for its disabled residents, she said.

“It’s not a matter of a warehouse where you’re stacking people,” said Jerry Alexandratos, the third co-founder. “It’s giving them the tools to deal when problems come up ... so they don’t snowball into these insurmountable obstacles that take over their life.”

Where Kitsune’s building would be located, whether it would be new construction or rehabbing an existing apartment complex, and rent prices remain in flux, dependent on funding, Alexandratos said. Kitsune raised $2,500 with its first fundraiser last month.

Alexandratos hopes to develop a more detailed plan for the building and corresponding services in the next three years, with actual construction or renovation to start “soon after.” He estimated the building itself would cost $2.5 million.

Asked if he would be interested in living in a community like Kitsune, Peter wasn’t sure. It was hard for him to consider a hypothetical situation.

Nicole was also noncommittal, but she appreciated the idea.

“I think it will help kids out a lot, having someone there to lead them in the right direction,” she said. “I could have used that at some points, I think.”

For more information about Kitsune, including how to get involved or to donate, visit kitsuneinc.org.

Shauna Tunder launched into what sounded like an oft-delivered spiel when asked to explain her 10-year-old daughter, Miranda.