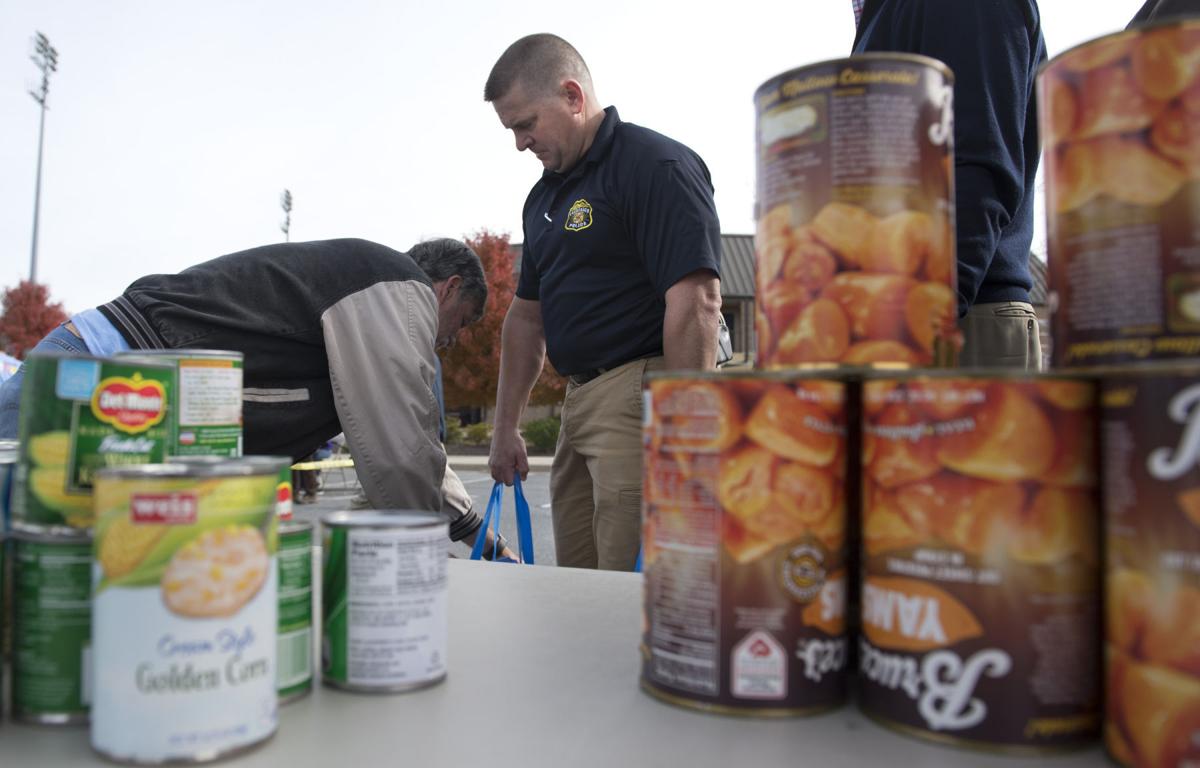 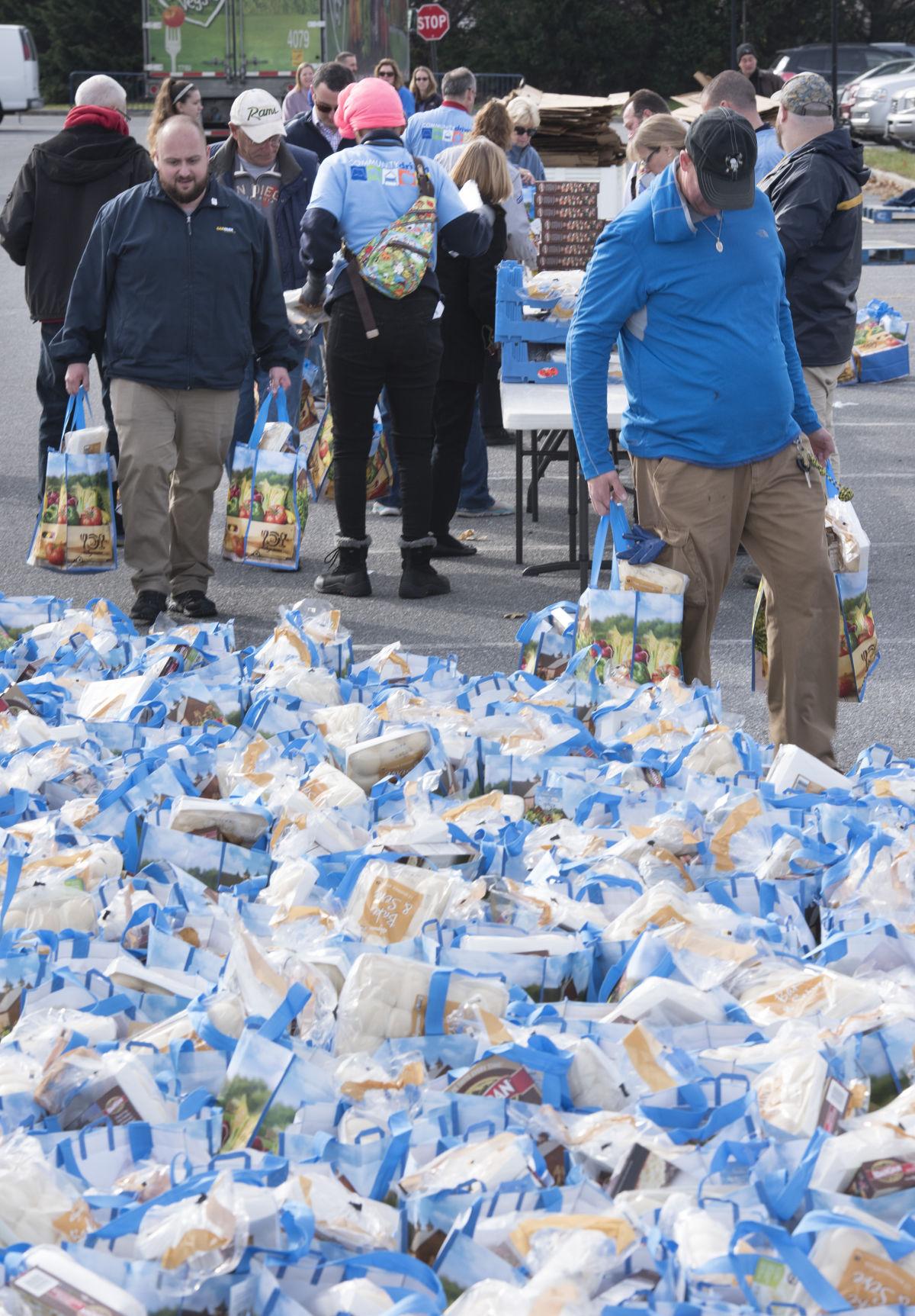 A turkey on every table: Holiday foods distributed

A turkey on every table: Holiday foods distributed

Within 3½ hours Tuesday, Thanksgiving turkeys with all the trimmings were in the hands of 1,000 Frederick County families thanks to the generosity of local donors and volunteers.

“I came by before 8 a.m. and there were already people sitting in chairs, sitting in lines — you’d think it was Black Friday at Best Buy. It was amazing,” said Sarah McAleavy, the city’s supervisor of food and shelter services, of the line of people waiting at Harry Grove Stadium on Tuesday morning hoping to pick up fixings for their Thanksgiving meals.

At 11 a.m., roughly 50 volunteers from Frederick Community Action Agency and other local groups began handing out bags with turkeys, rolls, sweet potatoes, mashed potatoes, gravy, corn and green beans to Frederick County residents who showed up at the stadium. By 2:30 p.m., all of the bags had been handed out.

“Everybody was good- natured, everybody was in a good mood, there were no issues. That’s always a good thing,” McAleavy said.

The Community Action Agency hosts the program annually to feed residents who may need help during the holidays.

“There are so many people that struggle, and Thanksgiving is a day for family,” McAleavy said. “It just seems like a great thing to help somebody’s family to come together. Eating as a family is extremely important, especially in today’s society.”

McAleavy said the program has been going on for about 20 years. More donors chipped in this year, she said, including not only Wegmans, which donated the turkeys and some of the other trimmings, but also Aldi and CarMax, which each donated $1,000. She said Community Action Agency representatives also helped with some of the food.

The giveaway at the Harry Grove Stadium wasn’t the only event on Tuesday where people came together in Frederick to help feed those in need for the holiday.

At the Frederick County Public Safety Training Facility, a group of about 20 volunteers from Nymeo, joined the Maryland Food Bank to package 1,536 Thanksgiving dinners that were delivered to food banks around the county.

Each meal included a turkey and sides and was intended to feed a family of four, said Tim Regan, the Maryland Food Bank’s vice president of programs and network relations. The event was the last of 18 drives the food bank held across the state designed to help the state food bank’s local partners, Regan said.

“Each event had a host food pantry, so Glade Valley Community Service was our host today. But the meals we packed also went to four other agencies that are also part of our network, all in Frederick [County],” Regan said.

While the drive, called Pack to Give Back, has been running for many years, this was the first year the packaging and distribution were held at the county’s training facility, Regan said.

When the food bank reached out to the county government several months ago to broach the subject, the fire service was happy to help, said Chip Jewell, director and chief of the Frederick County Division of Volunteer Fire and Rescue Services.

“They were looking for some kind of garage or other facility where they could do the packing indoors,” Jewell said. “They were actually looking to do it at a fire house, but after talking it over with Chief [Tom] Owens, we got approval from the county to open the garage here at the training facility, which worked out great.”