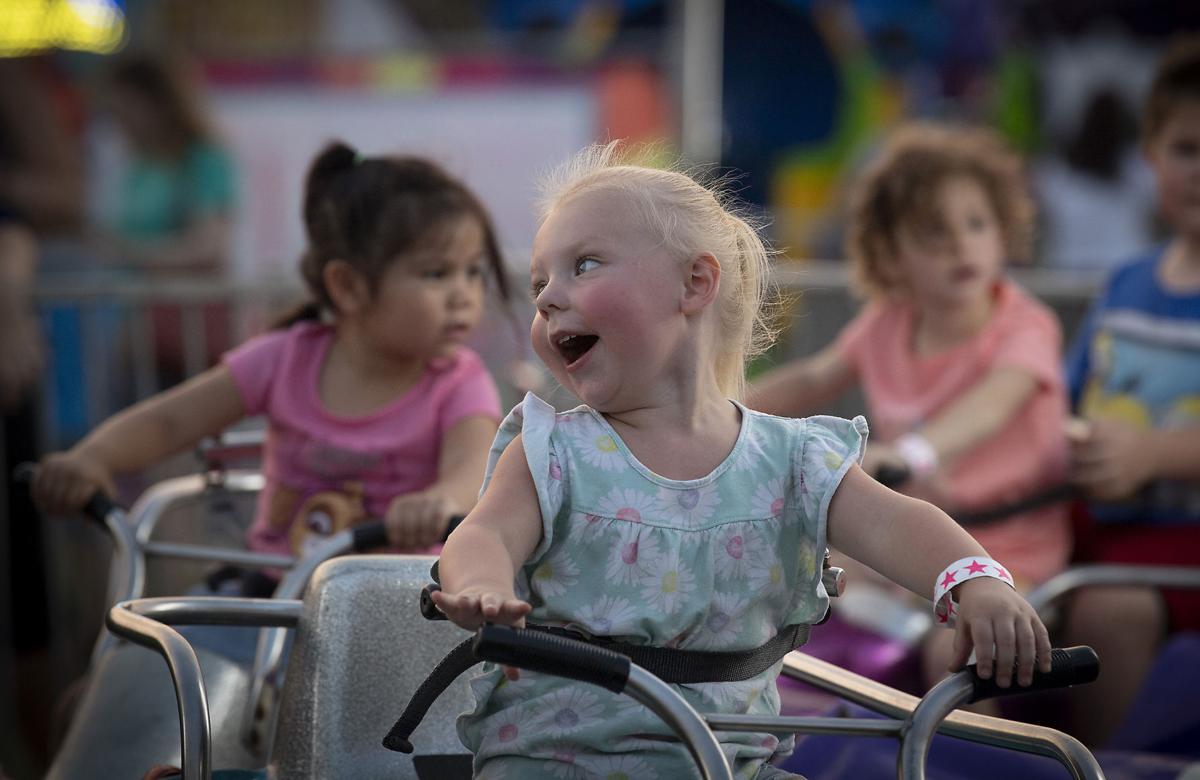 Breannah Davis, 2, strains her neck to see her family as she rounds the track of a race car ride at the Walkerville Fireman’s Carnival Tuesday evening. 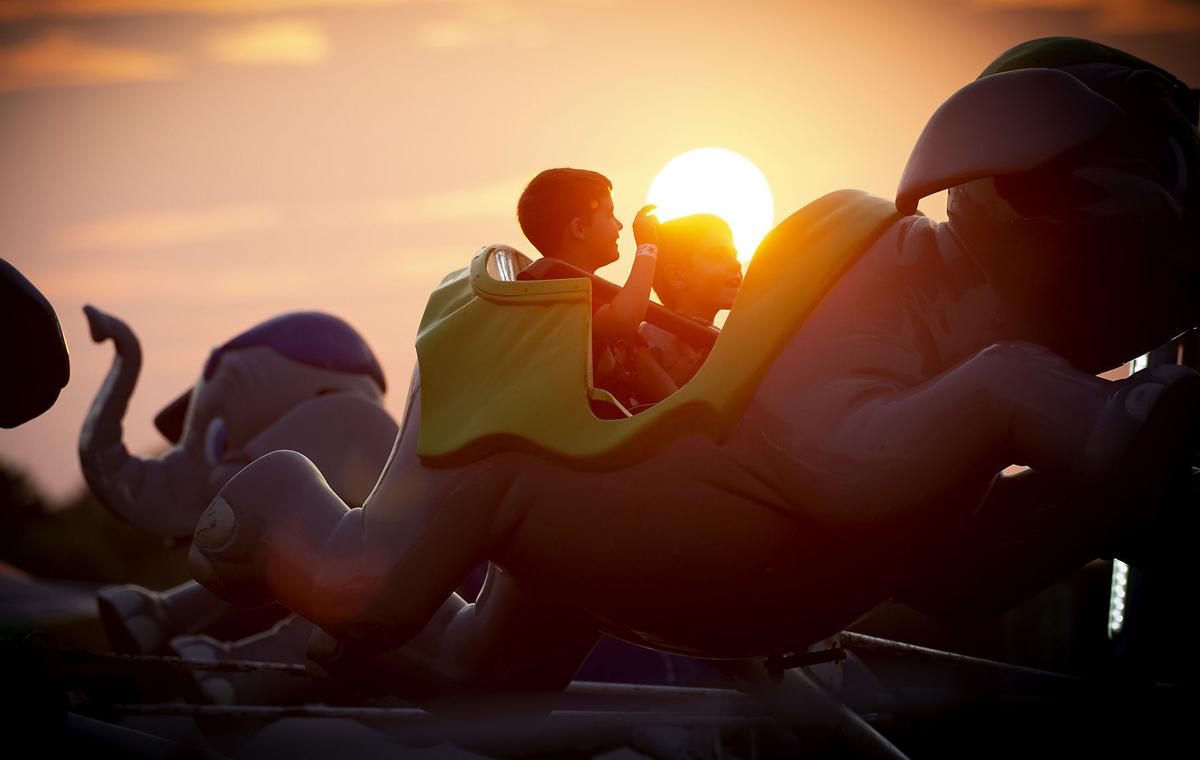 Two children enjoy the elephant ride as it lifts them into the air as the sun sets on the Walkersville Fireman’s Carnival Tuesday night. The carnival continues through Saturday.

Breannah Davis, 2, strains her neck to see her family as she rounds the track of a race car ride at the Walkerville Fireman’s Carnival Tuesday evening.

Two children enjoy the elephant ride as it lifts them into the air as the sun sets on the Walkersville Fireman’s Carnival Tuesday night. The carnival continues through Saturday.

Under the glimmering lights of a Ferris wheel and the thick-hanging smell of funnel cakes, hundreds of visitors celebrated the return of the annual Walkersville Volunteer Fire Company carnival Tuesday night.

The dark and usually quiet streets of the small town thumped with distant bass music, and children’s shouts floated from the grounds across the summer air.

“Everyone seems to be enjoying themselves,” he said with a smile.

Tuesday was Christina Jacobs’ second visit to the carnival after moving to the town three years ago. She and her children, Jonathan and Kaiana, stood in a serpentine line for funnel cakes as the sunset painted the sky a pale pink.

“This is, like, what we were the most excited about,” Christina said. “It’s worth the line.”

The fire company sold 3,000 ride-all-night wristbands ahead of the event, said its president, Jim Graham.

Monday night saw great turnout, which dropped off a bit amid the high temperatures Tuesday, Graham added. He’s crossing his fingers that the weather cooperates until the carnival ends on Saturday.

“The two things that kill us are rain and hot weather,” Graham said. “If you get a bad week, you make nothing. So it’s a gamble.”

Right before the pandemic hit, Graham said, the company had put in an order for a new engine — setting them back some $750,000. The pandemic cost the company all the revenue it typically earns from the carnival and other community events, Graham noted, forcing it to draw on reserves.

The volunteers had to make some adjustments due to the pandemic, Hildebrand said. The usual indoor buffet wasn’t offered, and they had to cut back on their overall menu.

Plus, he said, the company had a difficult time finding enough community volunteers to dole out burgers, french fries and pizza. Many of the regulars are senior citizens who weren’t comfortable or able to work this year.

“We just do the best we can and muddle along through the night,” Hildebrand said. “It all falls into place.”

A stone’s throw from where Hildebrand was running the food service, Christina Lertora watched her young son throw plastic rings in the hopes of winning a goldfish. The carnival-bred creatures are “bionic,” Lertora joked: “They never die.”

Lertora grew up in Walkersville and said she’s been coming to the carnival since she was small. As she stood laughing with her own baby on her hip, she recalled playing the same games her kids were now engaged in.

“It’s really cool to see their faces,” she said, “and just experiencing something that I grew up experiencing.”

Carnivals are back in Frederick County! In addition to the Walkersville festivities (walkersvillefire.com), which runs through July 10, the Guardian Hose Co. in Thurmont is hosting its carnival through July 10 (guardianhose.org).

donbey, I have no doubt you are familiar with that oral presentation. Why don't you substitute?

Didn't drop just because of weather.....also because of the fire company's ridiculous decision to not allow the game at the conservative club tent!