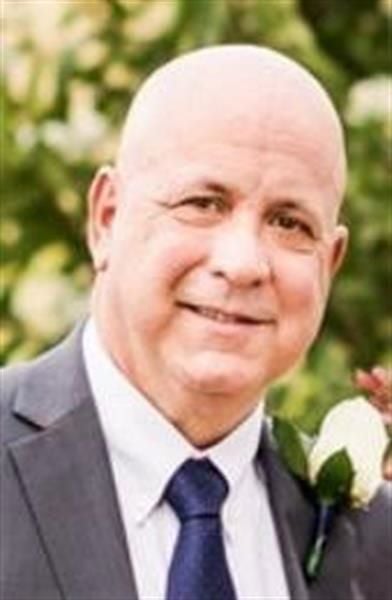 Mr. Andrew (Andy) R. Dewese, 56, of Frederick, passed away surrounded by his loved ones Sunday, December 8, 2019 at Georgetown Hospital.

Andy was a retired sergeant of the Frederick Police Department after serving the community for 17 years. After his retirement, Andy kept him self busy in all types of part-time employments, including private security, flower delivery, security for the Community Action Agency, employee of Keeney and Basford Funeral Home and acted as code enforcer for the Town of Walkersville just to name a few.

Andy spoke fluent movie quotes, could ride a unicycle, was an appreciator of precisely mowed lawns, and lover of chicken parmesan. He was a collector of nostalgic cop memorabilia and you could always find him tinkering on a project. He would open his heart and home to anyone he met. He was known to never pass an opportunity to strike up a conversation with a stranger. Above everything, Andy was a devoted father and Baps (grandfather) to his children and grandchildren. His children were his everything and his grandchildren were his world.

The family will receive friends from noon to 1 p.m., on Sunday, December 15, 2019 at the Keeney and Basford Funeral Home, 106 E. Church Street, Frederick, MD 21701. The funeral will immediately follow at 1 p.m. Inurnment will be private.

In lieu of flowers, memorial contributions may be made in Andy’s name to the National Law Enforcement Officers Memorial Fund.