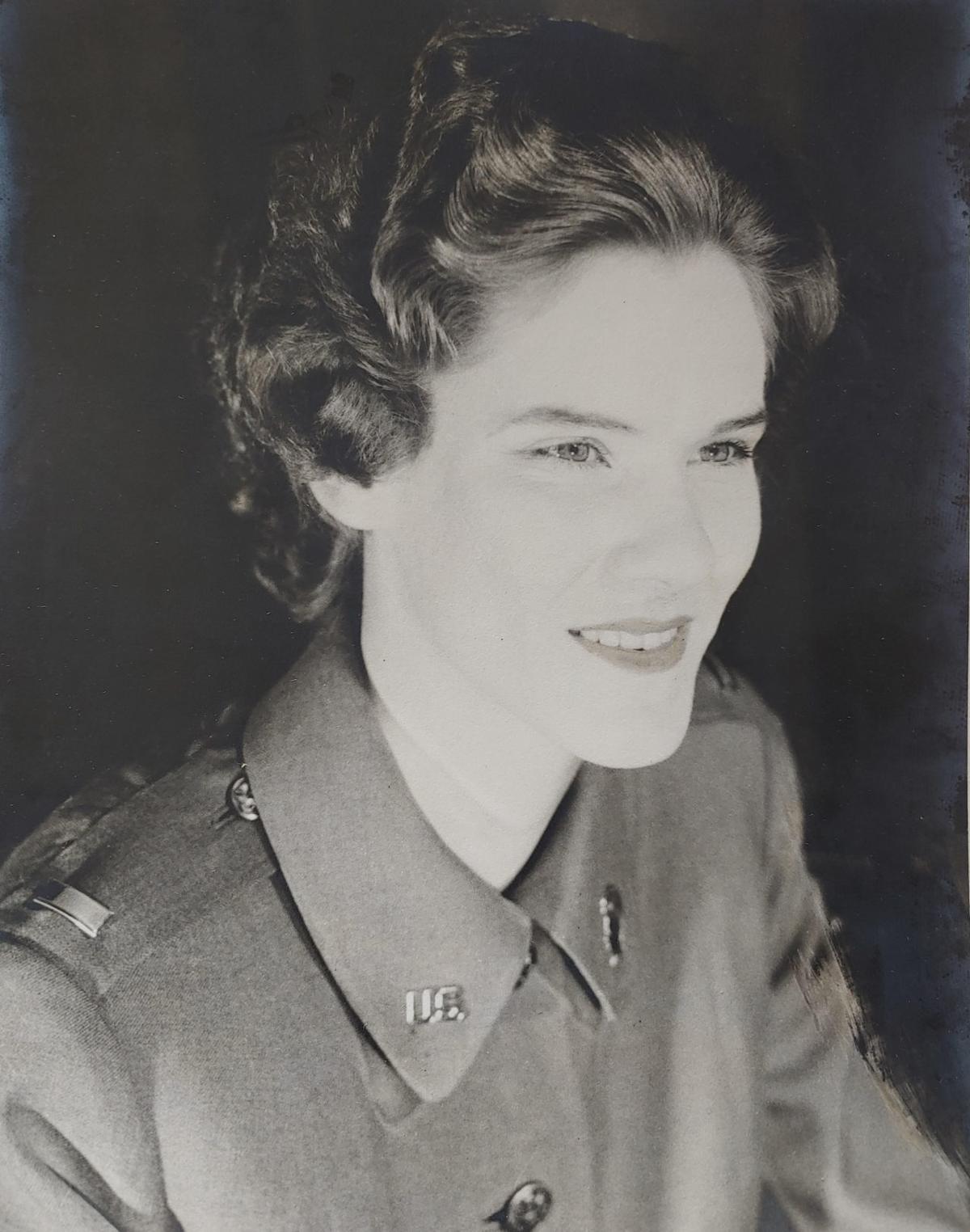 Ann was born in Memphis, Tennessee, on February 1, 1932, into a U.S. Army family and traveled from station to station with her family until her graduation from Kenwood Academy of the Sacred Heart (Doane Stuart School) Rensselaer, NY. Upon graduation, she attended Maryville College (Maryville University) in St. Louis, Missouri, graduating in 1954. After graduation, Ann worked for the Central Intelligence Agency until being commissioned as a First Lieutenant in the U.S. Army, Women’s Army Corps in June of 1956. After traveling the United States as a Recruiter, she transferred stations to Landstuhl, West Germany, serving as a WAC Commander. Captain Callahan left military service after seven years of distinguished service to her country.

Ann met the love of her life, Jon, while stationed in Landstuhl, where they married and began their life together. As they traveled the world from station to station, Ann supported her husband’s military career, while raising their three daughters.

After retirement, Ann and Jon enjoyed all that life had to offer until Jon’s death in 1999. In 2000, Ann relocated to Frederick, Maryland, spending her time as a Docent at the Frederick Historical Society and traveling the world with friends and family. In 2017, Ann once again relocated to a retirement community in Missouri near her daughter.

Ann was a child of the Sacred Heart, her favorite quote being from Saint Madeleine Sophie Barat — “Prayer should be our support: the relief of our hope.”

A Mass of Reconciliation will be held at 10 a.m. Friday, February 14, 2020 at St. Timothy Catholic Church, 8651 Biggs Ford Rd., Walkersville, Maryland. She will be buried with her husband at Arlington National Cemetery in a private ceremony.

In lieu of flowers, memorial donations may be made to the Frederick County Humane Society 550 Highland Street #220, Frederick, Maryland 21701.