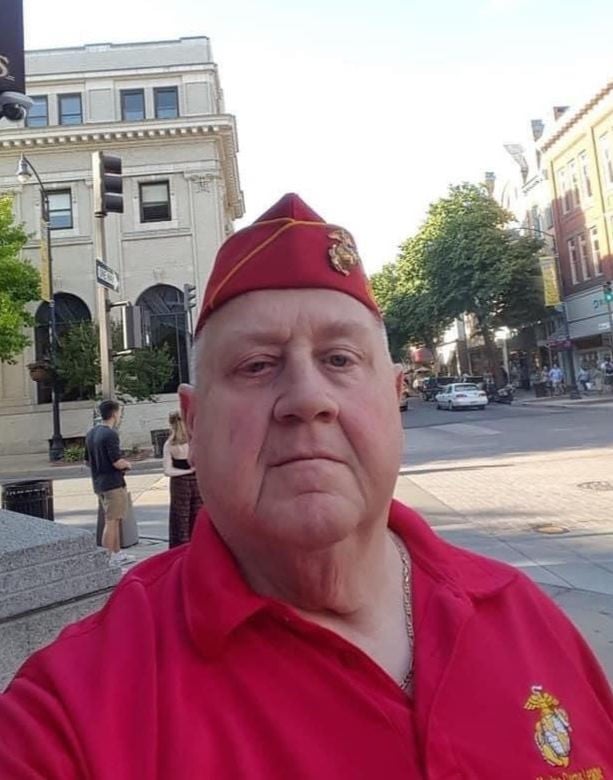 Mole was a 1975 graduate of Gov. Thomas Johnson High School. Upon graduation, he joined the U.S. Marine Corps, serving from 1975 to 1978. He was always very proud of his service and affiliation with the Marines. After his service ended, Mole worked at the Rabbit’s Foot, Eaglehead Country Club and the City of Frederick for many years. He particularly enjoyed his time as groundskeeper at Harry Grove Stadium for the Frederick Keys, being named the 1994 Carolina League Groundskeeper of the Year.

Mole had a passion for semi-pro football, and he played many years for the Frederick Falcons, Chambersburg Cardinals and Harrisburg Patriots. The offensive line in Chambersburg was nicknamed the “Mole Patrol” in his honor.

Mole was an avid fan of the New York Yankees and the Oakland Raiders. He was a member of the Frederick American Legion and Frederick Amvets. He enjoyed meeting with friends and holding court at Panera. He arranged impromptu reunions for TJ classmates for many years. Mole took great pride in his activities with the Shangri-La Detachment of the Marine Corps and was a common sight at their table at the Square Corner on First Saturdays.

Mole had several health issues that affected him, but being a Marine, he would not let them slow him down.

In recent years, he especially loved spending time with his grandnephews, Landon and Cole Young. He will be missed by them, his family and the many friends he made in life.

Graveside services will be held at 2 p.m. on May 14 at Mount Olivet Cemetery in Frederick, with a celebration of life to be held afterward from 3 to 5 p.m. at the Frederick American Legion.

In lieu of flowers, donations in Mole’s name can be made to the Shangri-La Detachment of the Marine Corps, c/o Ronald Layman Sr., P.O. Box 108, Walkersville, MD 21793, for use in the organization’s scholarship fund.