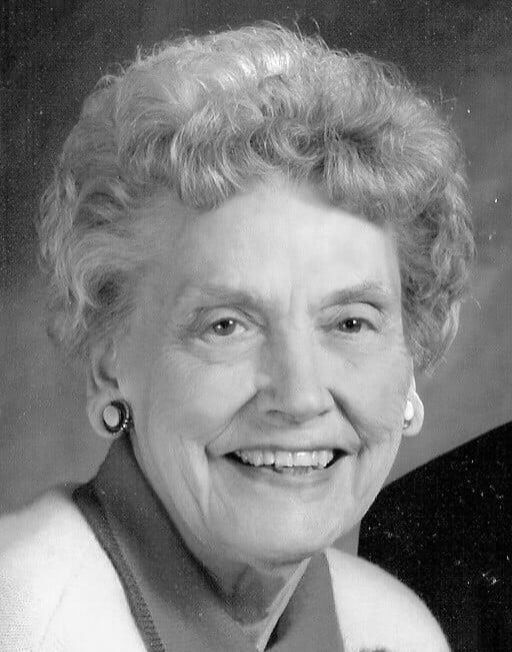 Grace was born in Max, Nebraska, on Sept. 26, 1926, to Gladys and Horace Clements, younger sister to Harry, Claude and Larry. She always prided herself on being a tough Nebraska farm girl, which she was right up to the end. At the age of 16, she began attending Nebraska Wesleyan University, graduating in 1946 with a bachelor’s degree in education. While there, she met and eventually married Charles (Chuck) Greenslit, of Stapleton, Nebraska, in a Methodist church on Dec. 28, 1946. She taught English at Sutton High School from 1946-47 while Chuck pursued a master’s degree. They moved to Maryland in 1948, initially living in an apartment on Grindon Ave. in Baltimore before settling in Parkville on Highpoint Road. As their family continued to expand, they bought a house on Wolverton Road; it was a wonderful place to raise a bunch of kids.

Grace and Chuck moved to Grand Junction, Colorado, for 10 years before returning to Howard County in 1983. They retired to Mount Airy in 2002. They had been married 72 years when Chuck passed away in 2019.

Grace was a person of astounding generosity and energy. Between raising six children and becoming a member of the School Lunch Hall of Fame, she volunteered her time at the Fair Housing Council, missions in Baltimore, at summer camps for disadvantaged youth, for her church and for the Republican party, for which the governor of Maryland recognized her as an outstanding volunteer. Additionally, she was a friend to all who met her and a shining example of how to live a Christian life.

Grace loved friends and family. One of her favorite things was to hear her kids tell childhood stories and laugh. She may not have always found the stories funny at the time, but she loved her kids and loved having them near her. She wanted to pass along her heartfelt thanks to her kids, their spouses, children, grandchildren and great-grandchildren for all their love and support over the years.

She is survived by her six children, Chuck, Dave, Larry, Ed, Anne and Rick, as well as their spouses; her 14 grandkids; and seven (and counting!) great-grandkids. She will be missed.

The family will hold a funeral for her following the pandemic. She has asked that those in attendance sing her favorite hymns: “Be Thou My Vision,” “The Doxology” and “A Mighty Fortress is Our God.” Let goods and kindred go / This mortal life also / The body they may kill / God’s truth abideth still / His kingdom is forever. Grace: You did good.

Arrangements are by Stauffer Funeral Home, Mount Airy and Stauffer Crematory, Frederick. Expressions of sympathy may be shared at staufferfuneralhome.com.