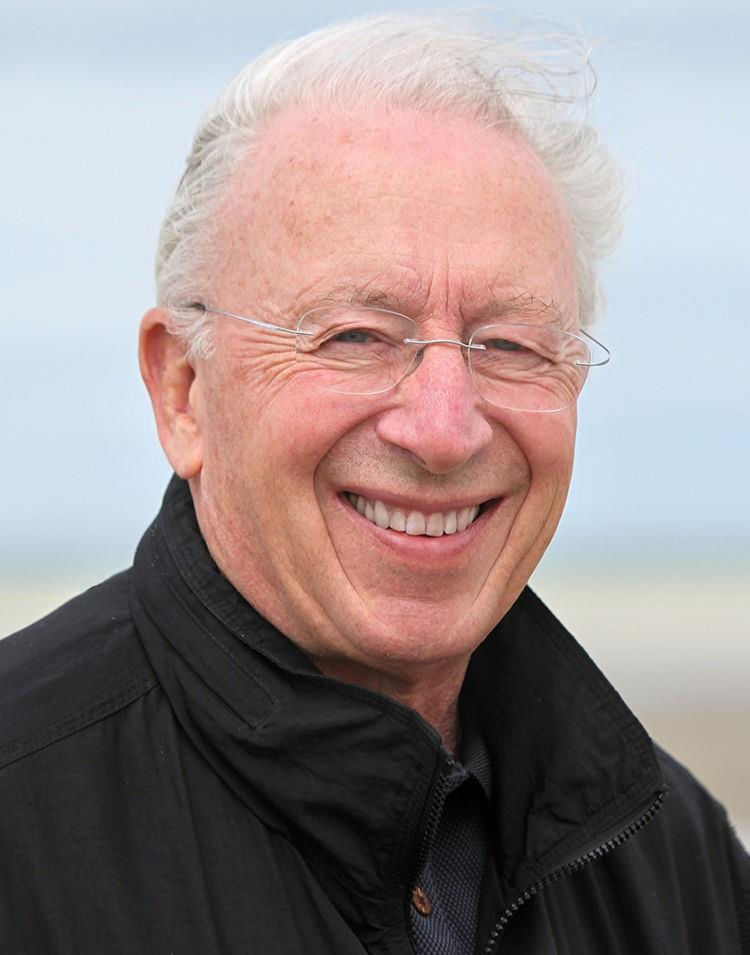 James Thomas Brady, of Ijamsville, Maryland, passed away early the morning of Sept. 10, 2021, in Aldie, Virginia. He was 81. Jim was not only a loving husband, father, grandfather and father-in-law, but a mentor to many and a friend to more.

Jim was born in the Bronx, married a Queens girl and raised his family on Long Island. He was a New Yorker through and through and, to prove it, he carried the city’s middling sports teams with him all his life. Jim then spent most of the second half of his life as an honorary Marylander, working on charitable local efforts and serving on a number of boards for Maryland-based companies.

Jim’s mother Betty — a community activist in the Bronx — served as a role model for him, demonstrating how one tenacious person can make a difference. Like his mother, Jim was not interested in promoting himself. He only cared about the issues near and dear to his heart.

After graduating from Iona College with a degree in accounting in 1962, Jim started his career at Arthur Andersen’s Manhattan office. He was quickly recognized as a thinker and leader, as evidenced by his quick promotion to manager and appointment to partner. When Jim was transferred south to run Andersen’s Baltimore office in 1985, he ditched bagels for crabs and immediately embraced Maryland’s culture, arts and civic scenes.

Jim’s gradual pull toward civic life was completed in 1994, when he became the transition committee chairman for incoming Maryland governor Parris Glendening, a Democrat. Jim then left Andersen to accept a Cabinet position as Glendening’s Secretary of Business and Economic Development, a role he held for three years. From that point on, Jim remained a behind-the-scenes player in state politics and the Maryland business community — and enjoyed the frequent challenges of both.

Jim eventually served on the boards of many Maryland-based public companies, including T. Rowe Price, McCormick & Co., Constellation Energy, Dunbar Armored Inc., Swales Aerospace and NextCen Brands. He served as the board chairman of Center Stage and the B&O Railroad Museum, and on the Board of Trustees at Mount St. Mary’s University and Stevenson University. Jim had a lifelong passion for education, often saying that his own education taught him how to think rather than what to think. This passion led to his service on the Maryland Board of Regents, where he served as board chair from 2016-18.

Jim was a man who connected with people first. He did not care about their politics. After helping a Democrat become governor, he served as transition committee chair for two Republicans, Robert Ehrlich and Larry Hogan. It was always important to Jim that he surround himself with diverse perspectives, an increasingly rare value in today’s hyperpolarized world.

Jim was warm in his demeanor and relationships but also firm in his beliefs. Jim’s friends enjoyed debating with him. Sure, there were sharp disagreements. Yes, there was a mutual interrogation of beliefs. But there was also laughter and warmth and, in the end, respect — because Jim listened. He heard people’s stories and let them speak. He considered what they said. And then — and only then — would he respond.

Jim is well known amongst many friends for his calm, reasoned demeanor. But those friends clearly never watched any New York sports with Jim, whose passion for the Jets, Mets, Knicks and Iona men’s basketball team was only matched by the creativity of the vocabulary he used while watching their games.

Jim’s loss is sad for so many of us, but the one person who would urge us not to be sad is, well, Jim. He attacked life with curiosity, intelligence and an endless quest for knowledge. There were never enough books for Jim to read, rarely a sporting event he wasn’t interested in and almost never a crossword puzzle he couldn’t complete. He lived his life in full from start to finish.

Jim’s greatest joy, of course, was spending time with family, especially his wife, Fran. Jim and Fran were married for more than 54 years after meeting on a blind date in New York when Jim was home on Army leave. Fran, an artist, provided the perfect balance to Jim’s logic and practicality. Fran and Jim’s two children benefited tremendously from their parents’ left-brain/right-brain combination. Their eldest child, Jim, is a longtime journalist currently serving as the vice president of journalism for The Knight Foundation, and is married to the former Joan Robins. Their daughter, Linda, is a teacher, wife to Warren Davidson, and mom to Jim and Fran’s beloved grandchildren, Henry and Samuel.

Jim is also survived by three sisters, Pat Jeffrey, of Massapequa Park, New York, Eileen Ingrim, of Eureka, Mo., and Kat Brady, of Hawaii; and a host of grandnieces, grandnephews, great-grandnieces and great-grandnephews.

His sister, Mary Brady, of Kingston, New York, preceded him in death in 2014.

There will be two viewings for Jim on Friday, Sept. 17 at Stauffer Funeral Home at 1621 Opossumtown Pike in Frederick, Maryland. The first will be from 2-4 p.m. and the second from 6-8 p.m. The memorial service for Jim will be held at 10 a.m. Saturday, Sept. 18 at St. John the Evangelist Catholic Church at 118 E. Second St. in Frederick.

At the conclusion of the service, Jim will be laid to rest at Mount Olivet Cemetery at 515 S. Market St. in Frederick.

In lieu of flowers, the Brady family would appreciate a donation to the wonderful facility where Jim spent his final days, the Capital Caring Adler Center.