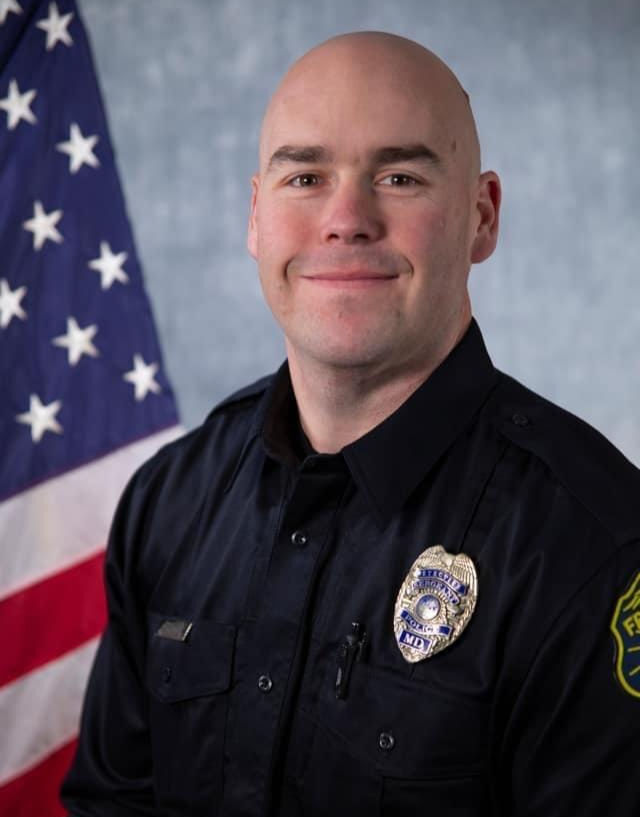 Lt. Andrew “Stew” Alcorn IV, 39, commander of the Frederick Police Department’s Criminal Investigation Division, passed away unexpectedly at his home in Middletown Sunday, Aug. 22, 2021. He was the loving husband of 17 years to Jenn, and a devoted father to Drew, Mackenzie and Addison. They were his everything.

He was a graduate of Urbana High School, class of 2000, where he was a state champion football player and all-star athlete who also excelled in wrestling and lacrosse. Stew received multiple state awards for his sports career. Additionally, he was the first “Mr. Urbana” in 2000. He loved his entire Hawk family, always.

Stew was a police officer for 14 years with the Frederick Police Department. He loved his work and spent a majority of his career as a detective, supervisor and, most recently, lieutenant. He treasured his work as a police officer, and he received many accolades for his dedication and service to the community. He received a collection of honors, including the Bronze Star on May 28, 2011; three Life Saving Awards; Unit Citation for 2020, 2014, and 2018; Officer of the Month for January 2012; FPD Officer of the Year, 2011; and a certificate of Special Congressional Recognition.

He was also a master woodworker and builder and would spend countless hours completing tasks on his “honey do list,” including rebuilding his family’s home after a devastating house fire in 2018.

Stew was all things to all people, and if he thought he could help someone, he’d just do it.

He was loved by all and will be greatly missed.

In addition to his wife, Jenn, Stew is survived by his children, Drew, Mackenzie and Addison; his parents, Drew and Kris; his brother, Jon Alcorn and wife, Beth Ann; numerous aunts, uncles, cousins, nieces and nephews; and extended family members, friends and colleagues.

Memorial contributions may be made to the Community Foundation of Frederick County, the Andrew Stew Alcorn Memorial Fund, 312 E. Church St., Frederick, MD 21701; or by visiting www.frederickcountygives.org/alcorn.

GoFundMe for FPD's Lt. Alcorn raises $35K in a day

A GoFundMe campaign to support the family of a recently deceased Frederick Police Department officer raised more than $35,000 in its first day.