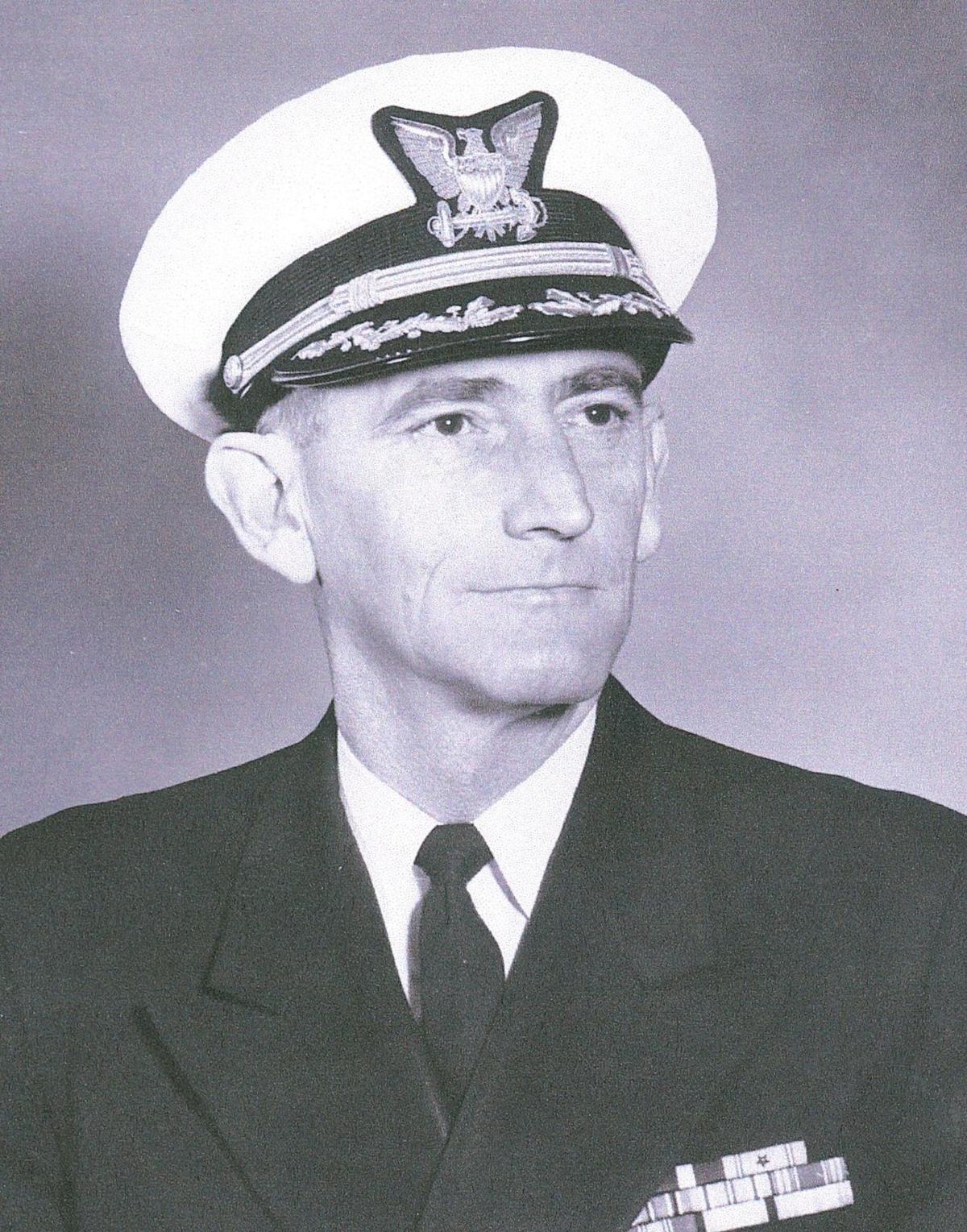 Orland Dean French, 99, of Adamstown, a retired Coast Guard commander and later a senior employee of the National Transportation Safety Board (NTSB) died on Saturday, Jan. 9, 2021, at Buckingham’s Choice in Adamstown. He was the husband of the late Vivian Moore French, who died in 2015.

Cmdr. French served in the Coast Guard for 26 years, including sea duty in the Atlantic and Pacific during World War II. He was a plank owner (original crew member) of the USS LST-21 and the USS Brownsville (PF-10). Postwar assignments included the Marine Inspection office in San Francisco, captain of the Port of Honolulu, 13th District office of Seattle and the Coast Guard Training Center, Yorktown, Virginia. His last sea duty assignment was aboard the icebreaker USCGC Northwind, which was deployed in Operation Deepfreeze IV in Antarctica and in the Bering Sea Patrol in Alaska and the Arctic. At the time of his retirement he was assigned to Coast Guard Headquarters in Washington, D.C., as chief of the Reserve Training Division.

“Frenchie” was born on Sept. 24, 1921, on a farm near Douglas, in Otoe County, Nebraska, to the late Claude S. and Ethel Dailey French. He enlisted in the Coast Guard in August 1940, in Omaha and was assigned to recruit training at Fort Townsend, Washington. Next serving on the Coast Guard Cutter Aurora, homeport San Pedro, CA and at Pt. Arguello Lifeboat Station, Arlight, California. Early in 1942 he was assigned to the Cutter Perseus, homeport San Diego, California, and later to USCG Air Station, San Diego. In early 1943, he rode a Coast Guard troop train from Los Angeles to Baltimore for assignment to the USS LST-21, which was commissioned on April 6, 1943. During that assignment, he was promoted to chief petty officer, just two years, nine months and six days after his enlistment. That short period for promotions up the ranks from seaman recruit to chief petty officer, one rank at a time, set the record for all Coast Guard and Navy personnel during World War II; a record that to this day still stands.

He was promoted to ensign upon completion of the officer candidate program at the Coast Guard Academy in November 1943. He completed several anti-submarine assignments in St. Augustine, Florida, and at San Francisco Bay area until May 1943, when the USS Brownsville (PF-10) was commissioned at Alameda, California. He retired from the Coast Guard in 1966.

During his 17-year career with the NTSB, he served as assistant to a member of the five-member commission. He participated in the investigation of major accidents in all modes of transportation: highway, railroad, aviation, marine and pipeline. He was the NTSB representative at the initial on-scene investigation of the grounding and loss of the ULCC oil tanker Amoco Cadiz on the coast of France near Brest on March 16, 1978. That disaster dumped 1.6 million barrels of crude oil along the coast, which to date is the world’s largest oil tanker pollution incident.

Cmdr. French was a life member of the Military Officers Association of America, the American Legion and the Bering Sea/Alaska Veterans Association.

A celebration of life service will be announced at a later date. In lieu of flowers, memorial contributions may be made to the Coast Guard Foundation, 394 Taugwonk Road, Stonington, CT 06378 or coastguardfoundation.org.

Arrangements are by Stauffer Funeral Home and Stauffer Crematory, Frederick. Expressions of sympathy may be expressed at staufferfuneralhome.com.