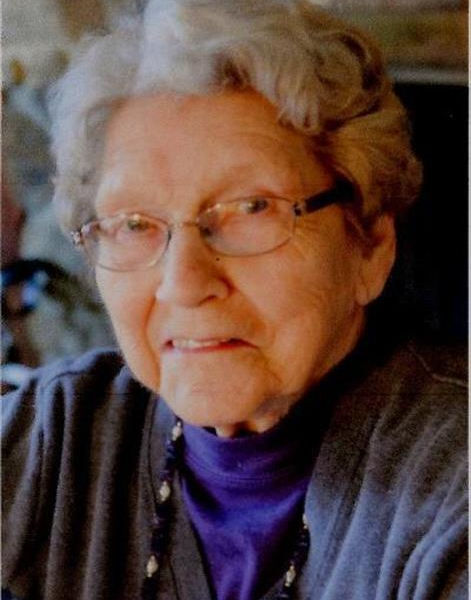 P. Geraldine ‘Geri’ (Holder) Keller, 94, of Middletown, died Sunday, Feb. 21, 2021, at Vindobona Nursing Home and Rehabilitation Center. She was the wife of the late ‘Bud’ Amos R Keller Jr. At the time of his death, they had been married 65 years. Marrying in 1942, they began a lifelong journey in farming in Middletown Valley.

Born Jan. 23, 1927 in Keedysville, Geri was the daughter of the late Charles W and Helen B (Keedy) Holder. She was the oldest of three children. Geri attended Rohrersville school and Boonsboro High School. Later in her life she earned her GED and took classes at Frederick Community College. She worked alongside Bud in their farming venture and raised a family of four children. Geri had a green thumb in gardening, many flower beds and putting up vegetable gardens for the family. Geri was an avid reader of all books, a notorious bird watcher, fed many birds in her yard and took pride in her koi pond. She was very adventurous with trips that she took. She would travel to Germany, Australia, England, Alaska, Mexico, Europe, Canada and throughout many states in the U.S. She will be fondly remembered as the lady with the hat covered with jewelry pins.

Geri was a former member of Christ Reformed Church, Middletown, where she was a Sunday School teacher, a member of the Torchbearers class, Women’s Guild, Church Senior Choir, One God One Voice Choir, Mid Valley Homemakers Club, Teacher’s Aide with the Elementary School and was always with her daughter at Zion Quilters (she sewed but not quilted). She was a member of Locust Valley Bible Church and their choir.

Geri is survived by her brother, Charles R (Trudie) Holder and their daughters, Trudi (Sierra) Holder and Anne (Scott) McKenzie (and their three children), and nephews Wayne Jr., Warren and families. Geri will also be remembered by her brother-in-law, LaMar O’Hara, and all remaining family members.

She was predeceased, in addition to her husband and parents by her brother and wife, Wayne (Flora) Holder and two (Holder) nephews and one (Holder) niece. She is also predeceased by many brothers-in-law and sisters-in-law and other family members.

A heartfelt thanks to all the staff at Vindobona Nursing and Rehabilitation Center, Missy Wentzell and to all the caregivers while she was at her home.

In lieu of flowers, memorial contributions may be made to the Alzheimer’s Association, American Heart Association or to the Frederick Humane Society.

The family will hold a private service at the later time. A celebration of life will be held at a later date.

Donald B. Thompson Funeral Home, Middletown, is in charge of the arrangements.