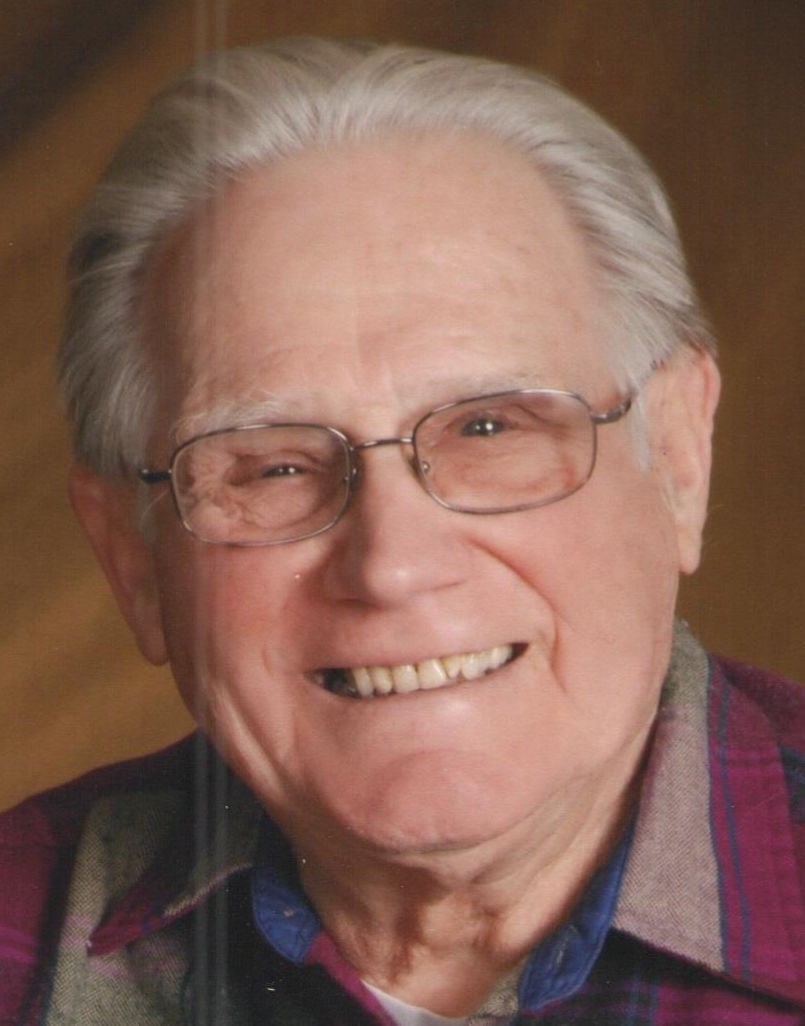 Mr. Patrick Bernard Hugh Boyle, 87, of Emmitsburg, MD, passed away of heart failure on Saturday, July 17, 2021 at George Washington University Hospital. He was born in Emmitsburg on August 12, 1933 to the late Bernard Hugh Boyle and Mary Bollinger Boyle.

Pat received his education from St. Euphemia’s Catholic School and St. Joseph High School, where he played varsity basketball and baseball. He then attended the University of Maryland where he was a member of the Gymkhana Troup. When duty called, he joined the Army and served his country from October 1953 to October 1955 and continued his support through his membership in the American Legion. Upon returning home, he attended Mount St. Mary’s College where he participated in soccer, cross country and the indoor & outdoor track teams. He graduated in 1960 with a Bachelor of Science Degree in History and Education. After graduation, he went to work for his father in the family business. During this time he actively participated in the town bowling league and was very proud with his average of 170 plus. In his own words “once the children came along, this STOPPED”.

In the 1970s, he began his 30+ years of coaching baseball in the Frederick County league, now known as Babe Ruth, but known by his players as “Pat Ball”. During these years, along with coaching Emmitsburg’s regular season, he also coached many district all-star teams. He did his best to positively influence the local youth, some of which are leaders in the Emmitsburg community today. However, it is well known that his passion for the game and knowledge of the rules often led to his ejection and him coaching from outside of the ballpark.

From age 18, he followed in his father’s footsteps and joined the Vigilant Hose Company No. 6. He was an active member for over 30 years, unselfishly serving his community. He took pride in sprinting three blocks from the family business to the fire hall to be one of the first responders on the fire truck. He was also willing and able to help the fire company as an active volunteer in many fundraising activities. His love of Emmitsburg had him as a multi-term town commissioner and also served the town in various liaison and leadership roles.

Following a 50-year career in the family business, he studied to become an insurance agent. Due to his friendly demeanor and great people skills, he quickly became a top producer for the Baltimore Life Insurance Company, covering an extensive territory including Maryland, West Virginia and Pennsylvania. After a 15-year career selling life insurance, he volunteered for the Maryland Department of Tourism where he enjoyed guiding tourists to Maryland’s various attractions. During his leisure time, he enjoyed his civil war and history novels, watching any and all sports, attending Mount St. Mary’s basketball games and going to his grandchildren’s and great-grandchildren’s events. He also looked forward to family vacations at Myrtle Beach and visits to Mobile, Alabama for Mardi Gras where he excelled at collecting beads. His last great adventure was a two-week trip to China which was especially enjoyable and memorable because he shared it with his special friend, Alice Kabatt.

Although he valued every aspect of his life, his devotion to his faith was above all else. As a member of St. Joseph’s Catholic Church, he committed his life to serving the needs of the parish community. He valued all of his relationships and fond memories of current and prior parish priests, fellow parishioners, as well as The Sisters of Charity. He touched so many lives throughout the years. He will be fondly remembered by classmates, neighbors, the local business community and the entire Emmitsburg family...some of whom may be wondering if he will now behave himself!

In addition to his parents, he was preceded in death by his lovely wife of 50 years, Nancy Camille (LeGore) Boyle; a brother, Bernard Hugh Boyle, Jr; and his two sisters, Ann Marie (Bob) Koontz and Loretta (Dick) Sprankle. He is survived by his four children, Susan E. Boyle and friend, James Bowders, Angela E. and husband Dave Buszinski, Christopher P. and wife Lisa Boyle and Timothy C. and wife Desiree Thompson-Boyle; brother, Leo Boyle and wife Alice; his eight beloved grandchildren; Jennifer, Erin, Brett, Patrick, Joe, Josh, Kyris and Maddy; his great-grandchildren; Breana, Jacob, Evelyn, Lucas and the newest addition, Abigail, who is expected in November. He is also survived by many nieces and nephews, whom he dearly loved. Last but not least, his cherished canine companion, Bell, who has been by his side since the passing of his wife.

Memorial contributions may be made to St. Joseph’s Catholic Church at the above address, Emmitsburg Vigilant Hose Company No. 6, P.O. Box 171, Emmitsburg, MD 21727, or your local youth baseball program. Memorial flowers are welcome. Online condolences may be expressed to the family at www.myersdurborawfh.com.