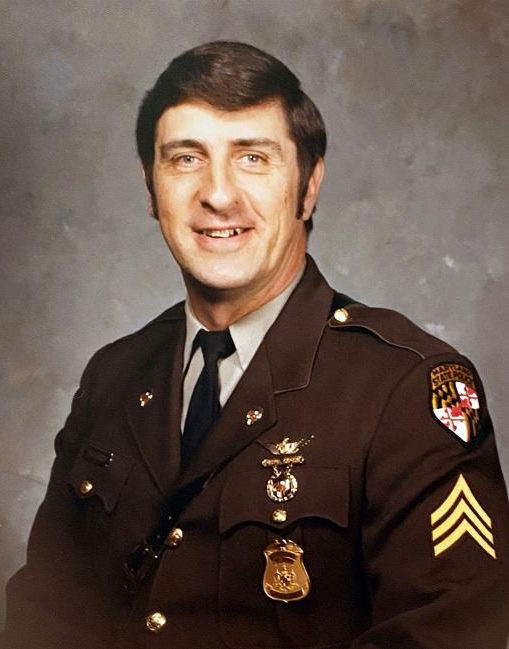 Mr. Crutchley obtained his helicopter pilot’s license and became part of the MSP Aviation Division from 1975 to 2000, piloting both the Bell Jet Ranger and the Aerospatiale Dauphin. He spent most of his MSP career flying Trooper 3 out of the Frederick Municipal Airport, where he was the Supervisor in Charge. He was one of the original Division members when the Medevac Program was in its infancy, and personally transported over 2000 patients in his 25-year career.

Mr. Crutchley was an active member of the Maryland Troopers Association, the Maryland State Police Alumni Association, and Frederick Elks Lodge No. 684. He enjoyed traveling, especially to the American Southwest, and was renowned for making Walt Disney World his “home away from home.” He could always be found watching old westerns, chatting with other MSP friends over breakfast, planning his next vacation with his family, or simply puttering around his farm in Hansonville.

Friends may call from 2-4 p.m. and 6-8 p.m. on Monday, June 21, 2021, at Stauffer Funeral Home, 1621 Opossumtown Pike in Frederick. A celebration of Catholic Mass will be held at 11 a.m. on Tuesday, June 22 at St. John the Evangelist Roman Catholic Church, 118 E. Second St. in Frederick. Interment will be at Resthaven Memorial Gardens, 9501 Catoctin Mountain Highway in Frederick, immediately following the service.