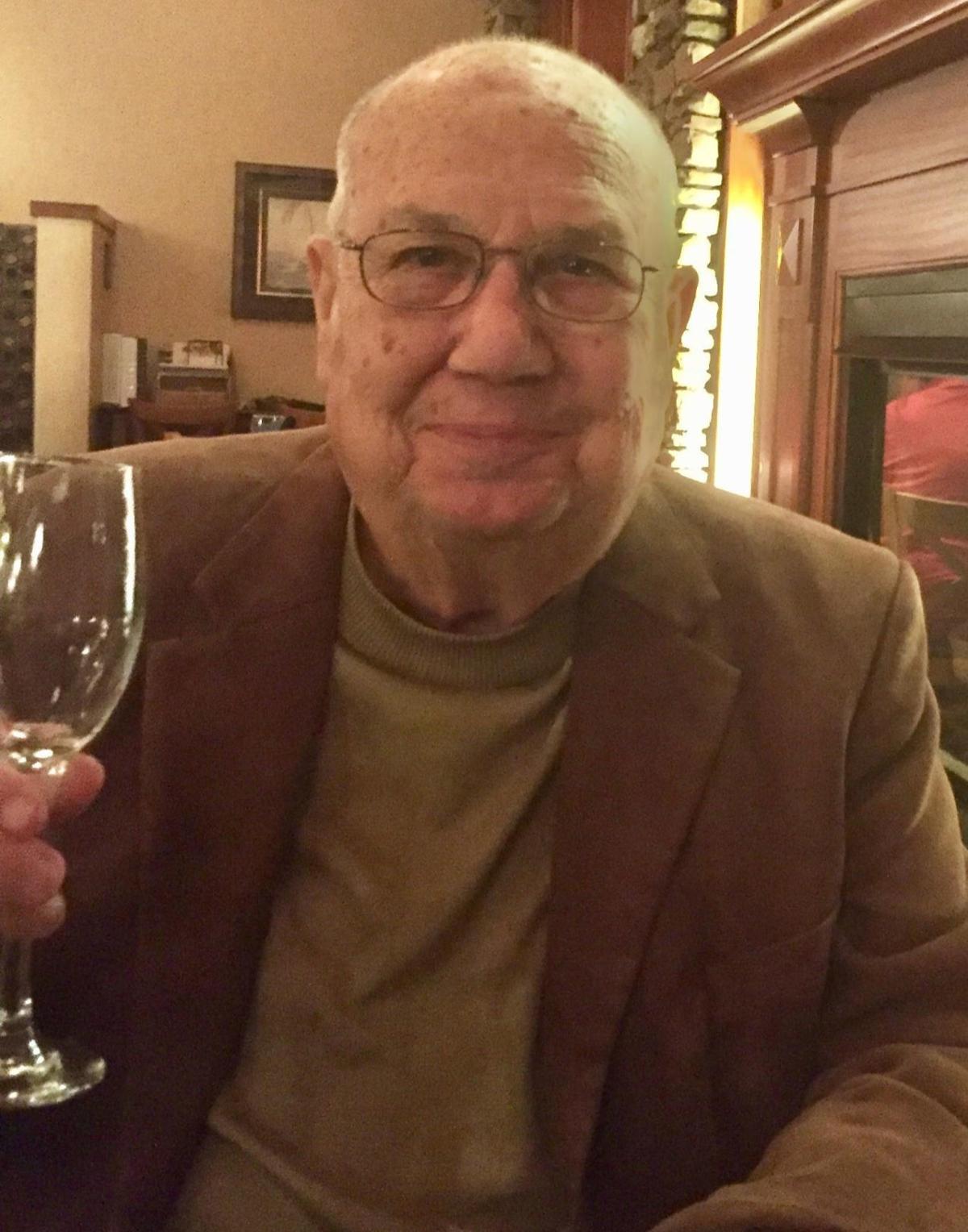 Rhea Thomas Kincaid Jr., 94, of Braddock Heights, Maryland, passed away on January 3, 2020, at the Johns Hopkins Hospital after a monthlong illness.

R. Thomas (Tom) was born in Ewing, Virginia, on November 12, 1925, to the late Rhea Thomas and Loretta Insley Kincaid. He is survived by his wife, Linda; son, David and wife Tania Varela Kincaid of Braddock Heights; and grandchildren, RaeAna, Kiera, and Corbin Kincaid. He is also survived by his sister, Nayoda (Kitty) Kincaid Kefauver; a sister-in-law, Lee Kincaid; a stepdaughter, Carol Ann Liddel; and many nieces, nephews, grandnieces and grandnephews. His brother, William Lee Kincaid; brother-in-law, Clyde Kefauver; brother, Clifton (Hank) Blair; and a stepson, Buddy Kincaid, predeceased him.

Tom always said he never met a stranger since everyone he met was a friend. He loved life and saw joy and goodness in all. He always believed that each person he knew was a gift in his life, and he was grateful for their presence. He said he was an instrument, and God made the music. Tom was a Roman Catholic Priest, a farmer, a teacher in Washington County, Maryland, an Adjunct Professor at Hood College, teaching courses in Leadership and Supervision, and an educator and Management Consultant for the University of Maryland. He was a storyteller and belonged to the National Storytellers Association headquartered in Tennessee, where he attended many gatherings. He was a member of Holy Family Catholic Church in Middletown, Maryland, and served as a greeter, Eucharistic Minister, Small Group Facilitator, and Lector, and served two terms on the Pastoral Council. He was proud that he was part of the cleaning crew and library committee. He was a member of Beth Shalom Synagogue.

Tom had earned many degrees. He graduated from Thurmont High School, attended business school in Hagerstown, had an STL from St. Mary Seminary and University in Baltimore, a Certificate in French from LaValle University in Quebec, and MA and Ph.D. degrees in Linguistics, Education, and Administration from American University in Washington, D.C. He worked as an administrator in Washington County, supervising the Foreign Language and English departments and creating, teaching and supervising programs for English as a Second Language. He taught Spanish on television for Washington County. He worked as a Staff Member of the Professional Development Center for the University College, University of Maryland, providing seminars to government, business and educational communities. He worked for the U.S. Department of Education to write, direct, and supervise programs to teach English in Kaduna, Nigeria, for 2½ years. He belonged to Corpus and CITI Ministries and the organization of resigned and married Roman Catholic Priests. He was fluent in Spanish, French, American Sign Language, and Latin, and had studied the Hebrew and Greek languages. Tom will be remembered and missed by all those who knew him.

Thomas will lie in state from 2 to 4 and 6 to 8 p.m. Thursday, January 9, 2020, at Holy Family Catholic Community, 7321 Burkittsville Road in Middletown, MD. A Mass of Christian burial will be conducted at 10 a.m. Friday, January 10, 2020. Lunch and Entombment at Resthavenn Cemetery will immediately follow Mass.

Expressions of sympathy may be offered to the family at www.staufferfuneralhome.com.