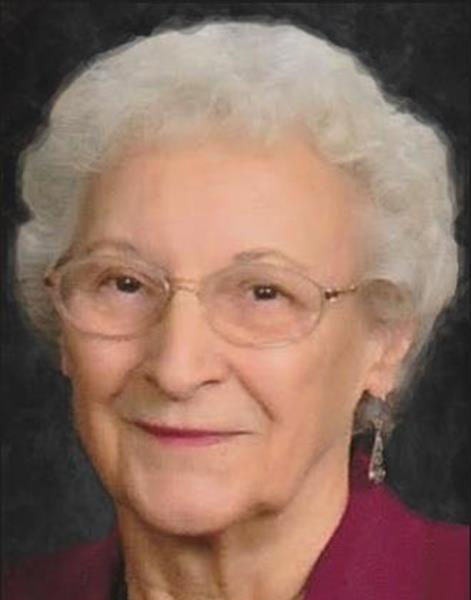 Mrs. Rosa Mae Bell, 88, of Bartonsville, died Saturday, June 22, 2019, at the Country Meadows Retirement Community, where she had been living for the past 16 months, following the death of Robert William Bell Sr., her husband of 67 years. They were married on Nov. 21, 1951, in New Market.

Born on June 25, 1930, at the MJ Grove lime quarry in Frederick, Mrs. Bell was the daughter of the late Rocco Guariglia and Lillie Elizabeth McDonald Guariglia. Soon after her birth, they moved to Bartonsville, where the family owned and operated several stores over the decades.

Mrs. Bell was the first of her large family to graduate from high school, earning her diploma from Frederick High School in 1948. She worked at various jobs including Kresge’s Five and Dime in downtown Frederick and Frederick Tailoring Co. a short time before beginning her career as a federal employee with the Department of the Army at Fort Detrick in 1954. She worked as a laboratory technician, working with researchers on various experiments in the hot labs, earning many merit awards for her service. Most notably a commendation for superior performance as a biological laboratory technician (Microbiology) in the Virus and Rickettsia Division. She performed studies concerned with the nucleic acid metabolism of virus, handling radioactive materials.

Following the RIF (reduction in force) in 1972, she worked for a few years at Litton Bionetics Cancer Research before returning to the government to finish her career at USAMRIID (United States Army Medical Research Institute for Infectious Diseases), retiring in January of 1987, shortly after the birth of her first grandchild in August 1986.

Her three grandchildren were the mainstay of her retirement years and she was a devoted baby sitter.

She was there for every birthday party, band and chorus concert, dance recital, basketball game and martial arts tournament, girl scout event and awards ceremony ... and everyday in between. She was always there for them. She loved her children and grandchildren very much. And she also loved nature and animals, over the years taking care of parakeets, cats, dogs, lab mice, ducks in the neighboring yard, and even an iguana, which she let climb all over her sun room.

She also loved to garden and the family enjoyed a beautiful yard with many, many flower beds. She spent hours and hours planting and weeding. Flowers and plants were her passion and she had an amazing green thumb, combined with an acquired knowledge, which made for a home filled with greenery. Green was her favorite color. She and her husband also for many years enjoyed the harvest from their well-tended vegetable garden, canning the produce, and baking loaves and loaves of zucchini bread each summer. During the winter, and pretty much year-round, she fed the birds, and a few fat and happy squirrels, which flocked to the mulberry tree by the kitchen window. The kitchen table was the heart of her home and family gathered there for many a dinner.

Mrs. Bell was known for her red velvet cakes with traditional cooked ermine icing, and her wonderful beef vegetable soup. She always made it by the huge potful to share with family and friends, who often stopped by to spend time at that kitchen table. On warm days the porch was the place to sit a spell and watch the world go by. Not much of a traveler, Bartonsville was her world, but she did travel across the country to California, by train, when her husband was stationed there during his time in the military, after serving in the Korean War. Honorably discharged in 1952, they returned to Bartonsville. In her retirement years she loved to love to drive all over Frederick County on weekends with her older sister yard-saling and finding cheap “treasures” which literally filled her home. She was an avid collector.

Family and friends may call from 6 to 8 p.m, Wednesday, June 26, at the Stauffer Funeral Home, 1621 Opossumtown Pike, Frederick. Funeral services will be held at 11 a.m. Thursday, June 27 at the funeral home.

Memorial contributions may be made in Mrs. Bell’s honor to the Alzheimer’s Association and/or Hospice of Frederick County. Expressions of sympathy may be offered to the family at StaufferFuneralHome.com.