Sign Up
Log In
Purchase a Subscription
You have permission to edit this article.
Edit
Home
News
Opinion
Sports
Topics
Calendar
Classifieds
Special features
Contests
Become a carrier
1 of 2 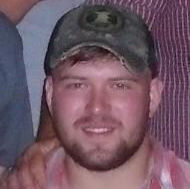 The Lord brought his angel home to be with him on Jan. 6, 2022. There are no words that could do justice to the extraordinary man Layne was. A heart of gold that never had an unkind word for anyone. He would move a mountain if it meant he was helping you and hang the moon for you while doing so. His presence was a gift.

Layne was a sergeant in the United States Army stationed at Fort Bragg in Fayetteville, North Carolina, where in 2019 he was deployed to Afghanistan on a nine-month assignment for Operation Freedom’s Sentinel; he then returned to Fort Bragg. Preceding Layne in passing were his grandparents, Clyde and Bonnie Jones; grandparents, Donald and Jeannie Williams; as well as his uncle, Jeff Jones. Survived by Layne is his father and mother, Scott and Lanna; brothers, Garrett and Hunter; sister, JoLynn and brother-in-law Thomas Kerschner; nieces, Callie Jo and Caelynn; nephews, Colten and Chase Kerchner; as well as aunts, uncles, cousins, and many, many friends and military brothers and sisters.

This world will not be the same without you in it, our “Gentle Giant.” Know that you will always be loved and that you are a bright shining light in our hearts .......... until we see you again, sweetheart.

A visitation will be held from 1-2 p.m. on Wednesday, Jan. 19 at the Resthaven Funeral Home & Community Center, 9501 Catoctin Mountain Highway in Frederick. The funeral service will conclude with military honors. Interment will be private at a later date.