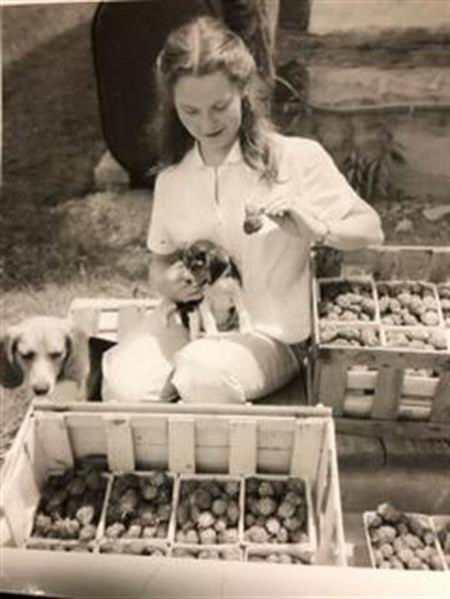 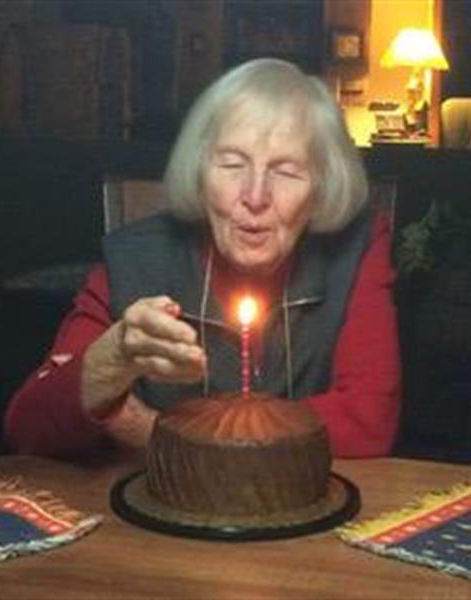 Shirley grew up in Silver Spring, Md., and attended Blair High School. She received her bachelor’s degree in mathematics at Penn State University and worked at Johns Hopkins Applied Physics Lab for two years after college. On Dec. 30, 1950, she married George H. Butler Jr. and together they purchased 37 acres with 17 acres of peach trees and an 1850s-era log house in Germantown, Md. This became the start of a family and a business — Butler’s Orchard — carefully and lovingly tended for decades. The family is now on the 4th generation and the business is in its 70th year and has expanded to over 300 acres. Butler’s Orchard is well known as a mainstay in the area for its variety of pick your own crops and farm market filled with fresh fruits and vegetables.

Shirley and George raised four children, Todd, Wade, Susan and Carol — 3 of whom became partners in the family business. Carol pursued other interests — returning to the farm frequently for harvests and family gatherings. Shirley and George were known as originators and pioneers of the “Pick Your Own” fruit business and opened the farm publicly in the 1950s. Shirley was recently recognized as one of the extraordinary and ambitious women who contributed to the history, innovation and culture of Montgomery County, Md.

Shirley had a true passion for Butler’s Orchard and never really retired. The business represented her love for growing fruit, flowers and vegetables as well as nurturing young people — often giving them their first job in life. She and George were a force for good for so many. Shirley, the proud matriarch, was amazed and delighted by the growth and expansion of the business and the family. Over the years, she was often spotted out on the farm on her golf cart — her dog Dakota as her faithful companion. Many family memories were made while spending time at Branch Lake in Ellsworth, Maine, and at Bethany Beach, Del. — as well as countless extended family gatherings at the farm pond. Shirley had a deep appreciation for the wonderful life that she led — stating, “I have had a good life” — what more could any of us ask for?

A life well lived by a wise woman who touched so many of us with her good nature, her kindness and her love. The family will have a private celebration at this time. At a future date when we can all come together again, a memorial service in her honor will be held at Butler’s Orchard.

In lieu of flowers, donations can be made to the following organizations, or please donate in her honor to your favorite charity:

Online condolences may be shared with her family on our website www.molesworthwilliams.com.