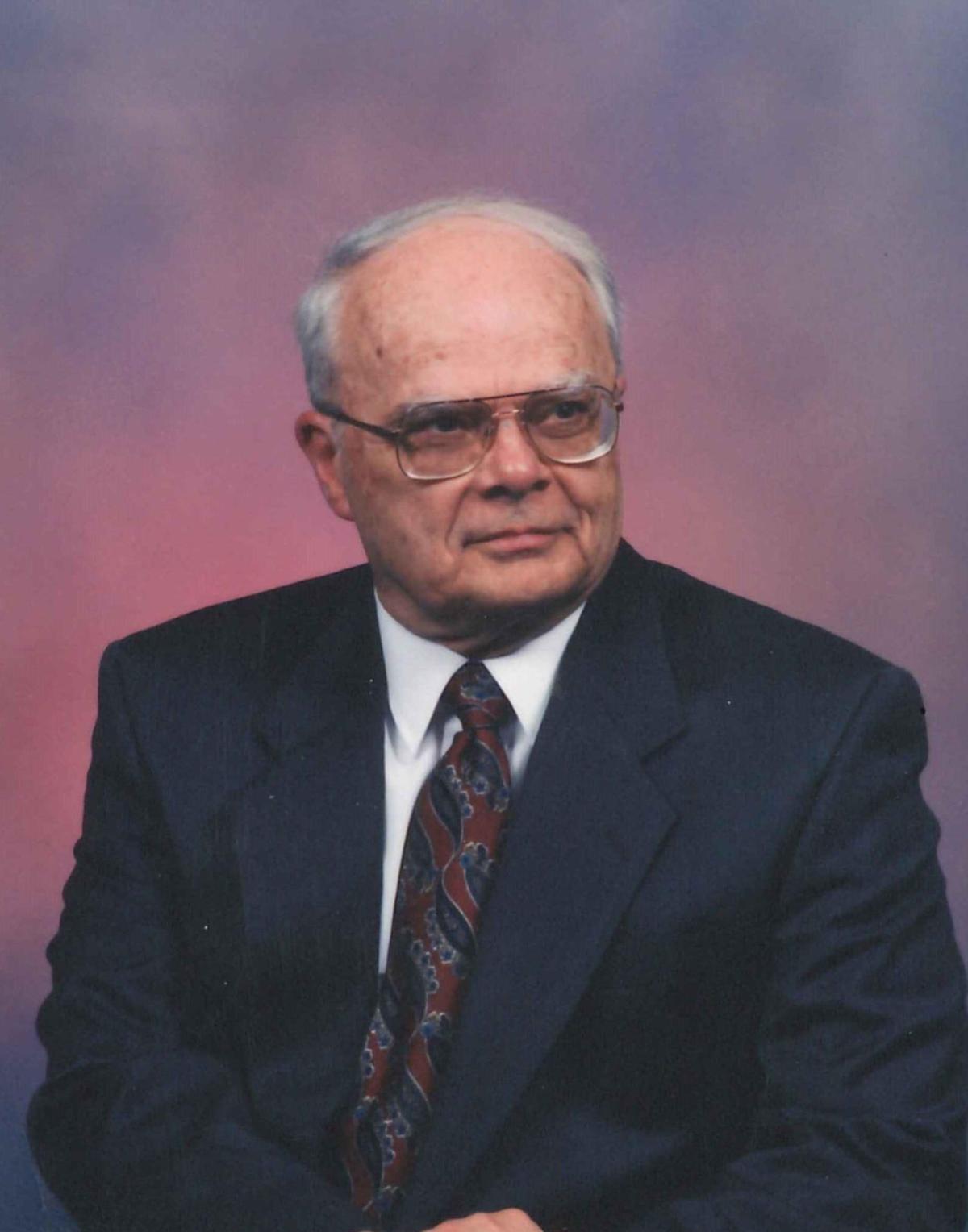 Thaddeus Meade Felton Jr., devoted husband and father, 92, of Myersville, passed from this life on Friday, November 22, at Frederick Memorial Hospital. He enjoyed 57 years of marriage to the late Joanne Felton. Born on May 6, 1927, in Frederick, he was the son of Thaddeus M. Felton Sr. and Maud Clemson (Jones) Felton.

Meade was a 1944 graduate of Frederick High School. Upon graduation, he entered the U.S. Navy during World War II, where he served as a radar technician and worked to assist with military discharges. After his discharge, he worked for McCutcheon’s Apple Products and Frederick Iron and Steel. Mr. Felton received both his B.S. and Master’s degrees in educational administration from the University of Maryland.

He began a long and distinguished career as an educator in 1955. Meade had many fond memories working as a physics and math teacher at Walkersville High School, where he became Vice Principal. In 1965, he was promoted to the new position of Supervisor of Federal Programs, created to obtain Federal and State funding for Frederick County Public Schools. In 1968, Mr. Felton began his position as Director of Community Relations. During this time, he developed numerous improvements not only in communication between the public, but also in expectations of school system employees. By 1981, he was appointed to Executive Director for Planning and Communications, serving to supervise public relations activities and to continue with long range planning activities, until his retirement in 1984. After retirement, he created Carnochan, Felton, Gardiner, Inc. public relations consulting firm and worked to help many Frederick County businesses.

Mr. Felton was a member of and worked on many civic boards and committees, including: State and National PTA, National School Public Relations Association, Community Commons, Frederick County and MD Retired Teachers Association, League of Women’s Voters, Frederick County Chamber of Planned Parenthood and Board of Occupational Therapists. He was also instrumental in the start of The Jefferson School.

Meade loved being with his family and telling stories. He enjoyed reading, history, long walks along the C & O Canal, trains and was also a member of Calvary United Methodist Church.

He is survived by his children, Susan Delaney and husband Hugh, Barbara Falkenstein and husband Ed, Thaddeus M. Felton III, Matthew D. Felton, Timothy Felton and wife Katherine; eight grandchildren, Drew, Michael, Jennifer, Thaddeus IV, Sarah, Lyndee, Kimmie and Gabe; as well as five great-grandchildren. In addition to his wife and parents, he was preceded in death by a brother, John Felton.

A memorial service will be held at 11 a.m. Tuesday, December 10, in the Francis Scott Key Chapel of Mount Olivet Cemetery, 515 South Market Street, Frederick. Interment will follow in the cemetery.

In lieu of flowers, memorial donations may be made to Calvary United Methodist Church, Frederick or to American Macular Degeneration Foundation. Parkinson’s Foundation.