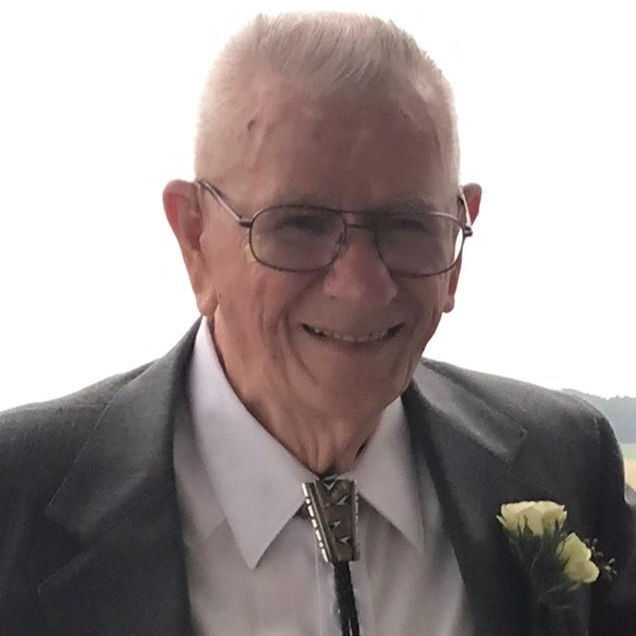 Born in Frederick County, his parents purchased a farm in 1938 at Long Corner, where he remained for the rest of his life. He loved working the land and nurturing seeds that would develop into wheat, corn, etc. He was an excellent student and planned to attend college, studying agriculture. However, World War II interrupted his life’s course when his brother was drafted into the Air Force, so Truman stayed behind to help his father on the family farm, milking cows, raising chickens and hogs, and growing crops. In 1950, he married Lavinia Warfield, and they worked together, eventually buying the farming operation from his father. In 1975, he took a second job as a substitute rural letter carrier, serving patrons out of the Mount Airy post office. Instead of getting up at 4 a.m. to milk the cows, he got up at 3 a.m. to milk them in order to arrive at the post office at 7 a.m. He then milked again and did other farm chores after finishing his route. He was a hardworking, diligent, thoughtful and generous man. In 1979, he and his wife sold the cows, and he carried mail full time until retirement, during which he still kept busy attending to his beautiful flower beds and property; gardening; fixing equipment; and delighting in his grandchildren who came to visit. After retirement, they were able to travel for the first time, touring Hawaii, Canada, the United Kingdom, Scandinavia, Bermuda and Australia, and they enjoyed bus trips to every state in the continental Unites States (including Alaska). They were members of the Mount Airy Volunteer Fire Co. Auxiliary and presided over the bake table sales during the fire company’s Sunday dinners. Mr. Kelley belonged to the National Rural Letter Carriers’ Association, the Maryland Farm Bureau and the Howard County 4-H All Stars, and he was a faithful member of Howard Chapel United Methodist Church for more than 80 years. Truman was predeceased by his parents, Leslie and Marguerite Kelley; and only sibling, Paul Kelley. He is survived by his beloved wife of 71 years, Lavinia Kelley; four children, Truman Kelley Jr., Terri Campbell (Steven) and Linda Lang, all of Mount Airy, and Donald Kelley (Margie), of Severn; and six grandchildren, Kelley (Campbell) Van Wingerden, Nathan Campbell, Tiffany (Lang) Gardner, Ryan Lang, Daniel Kelley and Leslie Kelley. And his eyes lit up upon seeing his great-grandchildren, William Van Wingerden and Anderson Campbell. On Monday, Oct. 18, 2021, friends and family are invited to visit from 10-11 a.m. at the Roy W. Barber Funeral Home (21525 Laytonsville Road, Laytonsville, MD 20882), with the funeral service beginning at 11 a.m. Pastor Tim Leaman (Calvary Baptist Church, Westminster, Maryland) and Pastor Karen Davis (Mount Tabor UMC, Etchison, Maryland) will be officiating. Private graveside service and interment will be at Pine Grove Cemetery, Mount Airy, Maryland. In lieu of flowers, donations are encouraged to the Frederick Health Hospice “Sunshine Fund” at 1 Frederick Health Way, Frederick MD 21701 (frederickhealthhospice.org). Online condolences may be expressed at barberfhlaytons ville.com.