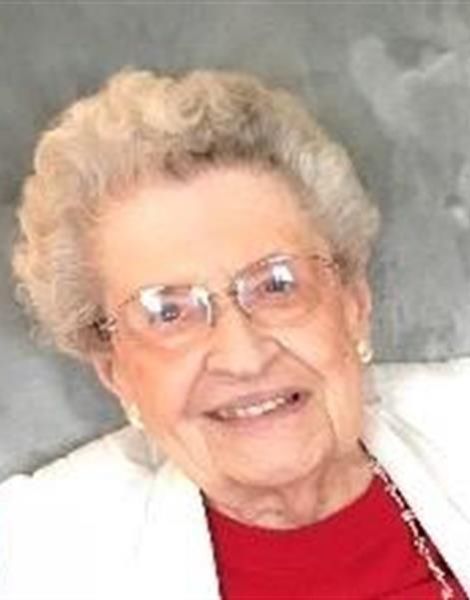 Mrs. Wilhelmina “Dolly” (Harper) Stone, 98, of Lititz, Pennsylvania, formerly of Frederick, died Saturday, January 11. She was the wife of the late Bruce Stone, who preceded her in death in 2012. They were married for 65 years.

Born May 4, 1921, in Frederick, she was the daughter of the late Paul and Viola Harper.

In addition to her husband, Dolly was preceded in death by her great-granddaughter, Alyssa Honaker and siblings, Robert Harper, Walter Harper, Ethelene Eaton, Erma Schultz and Shirley McNell.

The funeral service will be held at 2 p.m., on Saturday, February 1, at the Keeney and Basford Funeral Home, 106 E. Church Street, Frederick, MD 21701. The family will receive friends one hour prior. The Rev. Kenneth Gill will officiate. Interment will follow at St. Luke’s Cemetery, Feagaville.

In lieu of flowers, expressions of sympathy can be made to Hospice and Community Care, 685 Good Drive, Lancaster, PA 17604 or Brethren Village Benevolent Fund, 3001 Lititz Pike, Lititz, PA 17543.

Online condolences may be shared at www.keeneybasford.com.

33. Lend a hand in Frederick County