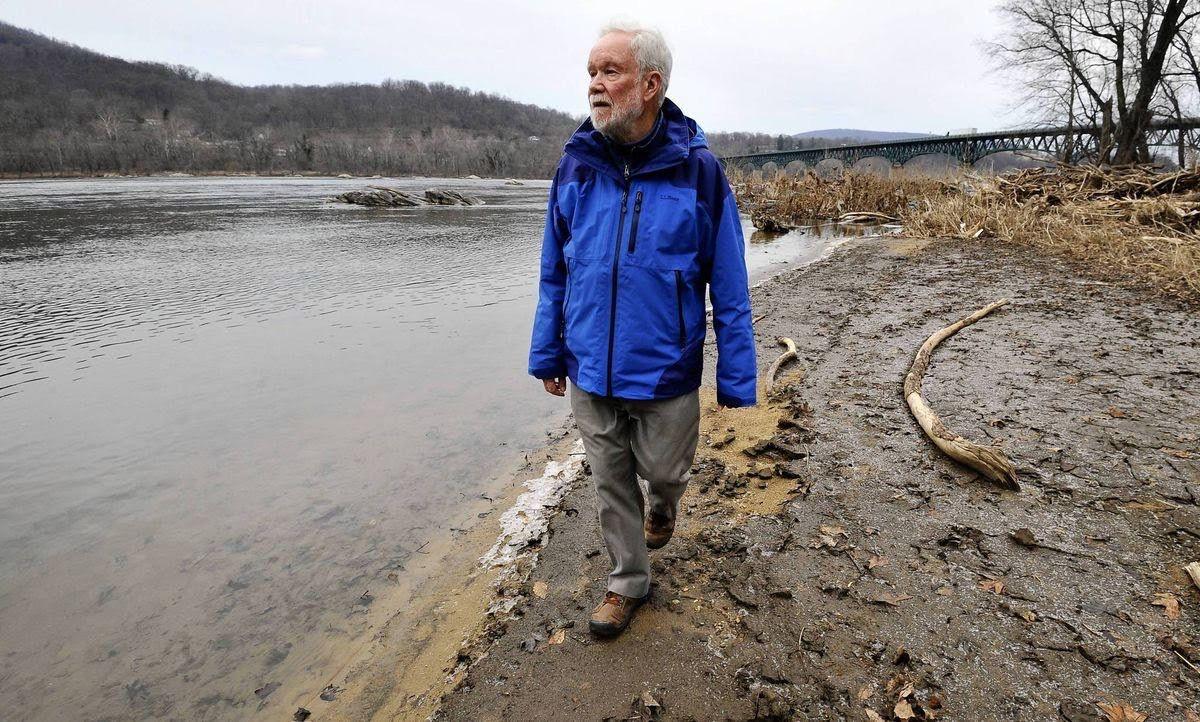 Walter “Lee” Baihly with his staff at River & Trail Outfitters. 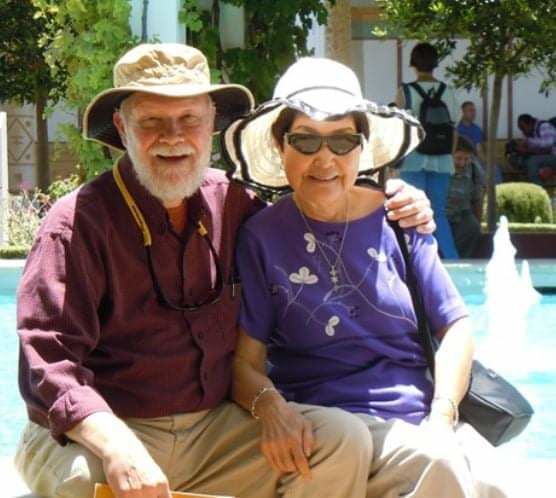 Walter “Lee” Baihly with his staff at River & Trail Outfitters.

Behind the Brunswick MARC station, somewhere after Maple Avenue turns into Canal Road, a closed campground sits. It’s unseasonably warm for a Tuesday afternoon in November. No matter. The temperature means nothing to the Potomac River as it lay perfectly, barely moving to the naked eye, operating as proof that Mother Nature continues to be the greatest artist that ever lived.

The scene might not mean much to most, but it would mean the world to Walter “Lee” Baihly, who died recently after being struck by a car in a Lowe’s parking lot at the age of 78. He had as much a hand in the river’s popularity in Frederick County as anyone, birthing the Brunswick Family Campground and raising its profile with the help of his business, River & Trail Outfitters.

“The guy lived for the Potomac River,” said Rick Weldon, president and CEO of the Frederick County Chamber of Commerce. “I would have called Lee an environmentalist before it was cool to be called an environmentalist. Any cleanup that got done along the banks of the Potomac, Lee was there.”

Weldon met Baihly around 1994, when Weldon became city administrator for the city of Brunswick. It wasn’t long before the two crossed paths, Weldon said, referring to the Minnesota native as a steward of the river. Baihly was always a quiet man, the type of person who would think before he spoke, always opting to converse rather than confront.

That’s why he was able, at one point, to lead a business that employed more people than CSX did in Brunswick, Weldon speculated. People were drawn to him not only for his leadership, but also for his loyal friendship, calm guidance, and deep intellect. Easy to know and impossible to forget.

One of the things over which Weldon and Baihly bonded was their commitment to bipartisanship, the former explained. Thinking aloud about what his late friend might tell people enamored in strongly held political views these days, Weldon smiled.

“You know what I’d bet he’d say?” the former House of Delegates member asked rhetorically. “‘Everybody just needs to spend more time outdoors, breathing fresh air, walking along the towpath, fishing in the river, skipping stones across the river, on a tube or kayak out in the river.

“‘If we focused more on that,’” he added, “’we’d have a much clearer sense of our reality and ability to put things in perspective that working in an office with four walls and no windows — you don’t have that when you’re on the Potomac or Shenandoah river.’”

Walter “Lee” Baihly was born on July 28, 1941, in Rochester, Minnesota. Always drawn to nature, he earned Eagle Scout honors before venturing off to earn a degree in history and political science from St. Olaf College in Northfield, Minnesota.

Those studies eventually landed him an internship for Al Quie, a congressman from the Land of 10,000 Lakes, and that brought him to Washington, D.C. Though he eventually earned a master’s degree in journalism from the University of Minnesota, he met his future wife, Grace Eunsook Kang, in a class they had while studying at American University.

It was 1971 when the Baihlys moved to Knoxville while Lee directed the Partnership Program for the Peace Corps in Washington. Among his duties for the group was recruiting professional football coaches in America to coach the sport overseas. Once his family settled in Knoxville, however, Baihly’s most prominent passion prevailed as he laid eyes on the Potomac.

“He thought it seemed like a great place for an outfitter,” said John Gonano, his son-in-law. “So, while he was still working and commuting, he bought two bikes and six canoes, and he and his wife started renting them on the weekends. He launched it into a full-time job by 1976.

“The environment was a natural thing for him,” added Gonano, who serves as general manager of River & Trail Outfitters. “He believed that if people would get out into nature, they would learn to appreciate it and protect it.”

And that, they did. Employing hundreds of people at River & Trail throughout his life, he took pride in the love he saw people express for the outdoors. John Fieseler, executive director of the Tourism Council of Frederick County, said earlier this week that he believes Baihly’s influence on attracting people to the area is nearly impossible to measure.

“He was a pioneer for river activities in this area,” Fieseler said. “He was ahead of his time to look at the river and see recreational opportunities that some of the fishermen hadn’t taken advantage of. In Frederick County, we had the benefit of him and his business stepping in with the campground in Brunswick. Since then, it has been just a really great amenity that we have. He absolutely set it up for success.”

One of the successes that Gonano believes will outlast most of his father-in-law’s achievements? The familial quality of those who worked with him at the business he brought to the area.

“He was very proud of the number of couples that met while working at River & Trail,” Gonano said. “At least 25 couples since 1972 met while working there and whenever he would talk about it, he would point out that his divorce rate [was] much better than the national average.”

To many people, Baihly was far more than a boss; he was a father figure, too. Safety was always on his mind, as one of his former employees, Vivian Laxton, explained this week. Currently the director of the Frederick County communications department, Laxton reflected on the time she spent working for him while carrying a child.

“He was shocked to learn I was going down the river while I was pregnant,” she said. “Even though I kept telling him that the doctor said it was OK, he said, ‘As soon as you can’t fit into that life jacket, you’re off the river.’”

Karin Tome, owner of Towpath Creamery in Brunswick, echoed Baihly’s penchant for compassion dating back to when they met while working on the town’s river race. She said that while she viewed him as a unique person and a good soul, he would never speak out of turn, opting instead to listen, often offering insight and asking questions.

She also described his love for the area’s outdoor offerings as infectious. He appreciated those who put in extra time to volunteer, she said, and though he was soft-spoken, she considered him one of the smartest people she’s ever met.

“He had a Santa Claus quality to him,” Tome explained. “He was so comforting, a really genuine person. He was so full of life and he was always inquiring to learn more. He always gave you a good feeling whenever you talked to him.”

Though he was 78 when he died, Gonano maintained that Baihly was in good health. It wasn’t long ago that he was in need of open-heart surgery, so, according to Gonano, Baihly changed his diet, making it plant-based. The move worked, Gonano said, and in addition to losing nearly 40 pounds, he continuously received clean bills of health after making the switch.

“He essentially told Johns Hopkins to go pound sand,” Gonano reflected with a chuckle. “It shocked all of us that he was able to stick with it.”

Still, a succession plan for River & Trail was in the works before the accident that took Baihly’s life. Now, Gonano said, the family is going to wait until after the funeral to decide what’s next for the business. No matter what decisions are made, though, he suggested that there could never be anyone to truly replace his father-in-law.

“He was a pioneer,” Gonano said. “His outfitter was the oldest outfitter in the area. I think he set the standard of safety, which is easy to say in theory, but hard to put into practice, and he put it into practice. He had a way of seeing what people were interested in and talented in and he really would go with it.

“He was a bit of an artist,” Gonano continued. “He always told me that management is an art, it’s not a science. He always wanted to put people in a position that accentuated their skills. A couple guys have said that he was the most positive father figure in their lives.”

So many words for one single man. Friend. Father. Steward. Visionary.

And as the Potomac sits, steadily watching over the Brunswick Family Campground, two more come to mind: gift-giver. So, as the sun sets, the river flows and the grounds prepare for a harsh winter season, the scene itself sparks thought of Santa Claus finding his North Pole somewhere in the leaves scattered across the land.

Well written article. Very good journalism and FNP reporter. Wonderful man. The Potomac has lost a friend, but Heaven has gained one of earth's best caretakers. I would not be one bit suprised if he asked St. Peter at the pearly gates for the closest river location in Heaven needing a good clean-up.

An inspiring tribute, thank you.

Before he was even here the Brunswick area had a great interest in the river and all the opportunities it provided. The Federal government in it's veal to protect the C&O canal ended almost all of this after 1972 when Agnes hit the area by buying up all the property along the river and forcing out the people who had used the river for 50 years so they could protect it from us the tax payers of the USA and tell us how it should be used.

Pretty sure that was to keep people from continually getting flooded, rebuilding in a flood prone area, and doing it all over again and again, while using taxpayer funded flood insurance.

That is my understanding as well hayduke.

As I recall, most of those folks got a pretty sweet deal -- more money than they would on the open market.

You are correct mrnatural. Even with the nice payday for the former owners, the taxpayers saved money in the long term. Folks should not be allowed to continually rebuild in a flood plain.

What a wonderful man. RIP.

Thanks for this article and for an unsung hero of the region.

Pioneer is definitely what I always thought of Lee.