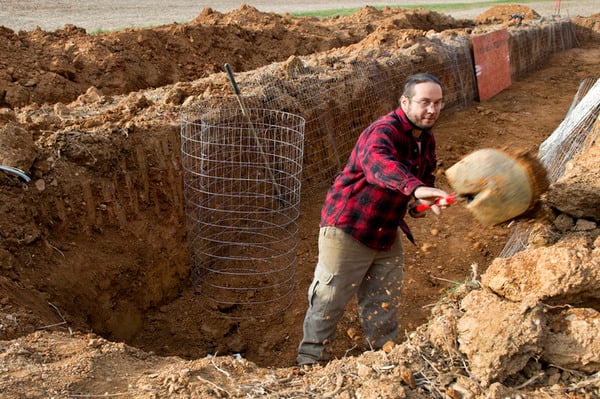 Michael Dickson, owner of Seed of Life, works on building an aquaponic greenhouse. The community-supported agriculture group was recently given use of a 77-acre farm in New Windsor, where the greenhouse is being built. 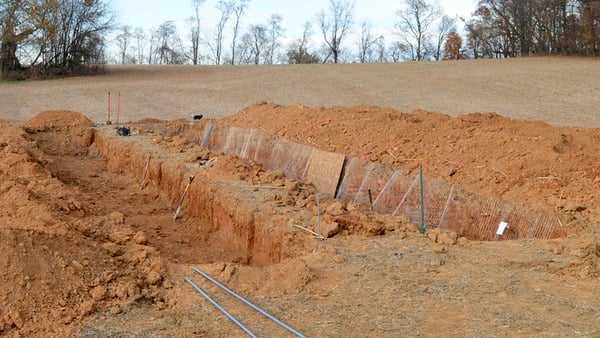 Michael Dickson, owner of Seed of Life Nurseries Inc., works at building an aquaponic greenhouse. The community supported agriculture group was recently given use of a 77-acre farm in New Windsor, where the greenhouse is being built.

Michael Dickson, owner of Seed of Life, works on building an aquaponic greenhouse. The community-supported agriculture group was recently given use of a 77-acre farm in New Windsor, where the greenhouse is being built.

Michael Dickson, owner of Seed of Life Nurseries Inc., works at building an aquaponic greenhouse. The community supported agriculture group was recently given use of a 77-acre farm in New Windsor, where the greenhouse is being built.

Farmer Michael Dickson has made a name for himself in the local community, fostering an appreciation for agriculture by getting youngsters and families involved in farming, and collaborating with community groups and agencies on food projects that accentuate sustainability and self-sufficiency.

The 38-year-old New Windsor resident and owner of the Seed of Life community-supported agriculture group is not resting on his laurels. His next project involves using a 77-acre farm to develop an aquaponic project.

The Williams Aquaponic Project, which features a closed irrigation system supplying fish and plants, is in keeping with Seed of Life’s holistic approach to farming and land conservation, Dickson said.

“Aquaponics is a revolutionary combination of the best of aquaculture and hydroponics — and an amazingly fun and easy way to raise fish together with organic vegetables, greens, herbs and fruits,” according to aquaponicgardening.com.

Dickson said aquaponic farming functions on a closed-loop system that cultivates both organic fish and organic vegetables for public consumption. The process is a symbiotic relationship between fish and plants. The fish effluent is converted into natural plant food then filtered through plant absorption, returning viable water back to the fish habitat. This recirculating environment permits both cultures to grow at an accelerated rate without producing any waste or using chemicals.

“We will be able to grow about 200 pounds of produce and 60,000 pounds of fish annually,” Dickson said. “That’s a lot of produce in one little area.”

The project’s goal is to create a template for young farmers to see alternative ways of providing food for themselves and for their animals, which is more beneficial and cost-effective, Dickson said.

The project, which includes a greenhouse, is under construction and will be powered by solar energy. Dickson will train young people who will then be put in charge of running the project and share their expertise with others through missions and outreach endeavors.

The greenhouse will be completed in December, fish and vegetables will be introduced and Dickson expects the first yield by mid-January, he said. Shrimp and mussels will be added to filter the water.

“We’re basically setting up our own closed eco-system to be able to harvest tilapia, catfish, shrimp, mussels,” Dickson said.

The farm was made available to the nonprofit by Allemall Foundation — a local nonprofit that invests in projects that focus on ecology, conservation and science.

The project will help local food banks and groups such as the Rescue Mission, said Ed Scott, the foundation’s founder and executive director.

“Once we get the operations up and running we want to be able to shrink this new technology and package it to be sent all over the world” to help people feed themselves in their own backyards, he said.

The project was named after local architect John Williams, a former captain of the Libertytown Volunteer Fire Department and designer of many churches and fire stations. Williams died two years ago, and his wife sold the farm to Allemall Foundation for less than market value, Scott said.

Dickson works with many children from low-income families, and one lesson he tries to impart is that your environment doesn’t define who you are, he said.

“It’s not all about farming,” the farmer said. “We teach about leadership, to be humble and to persevere. ... I relate to these kids in so many ways because I grew up in public housing in Ohio and in the projects.”