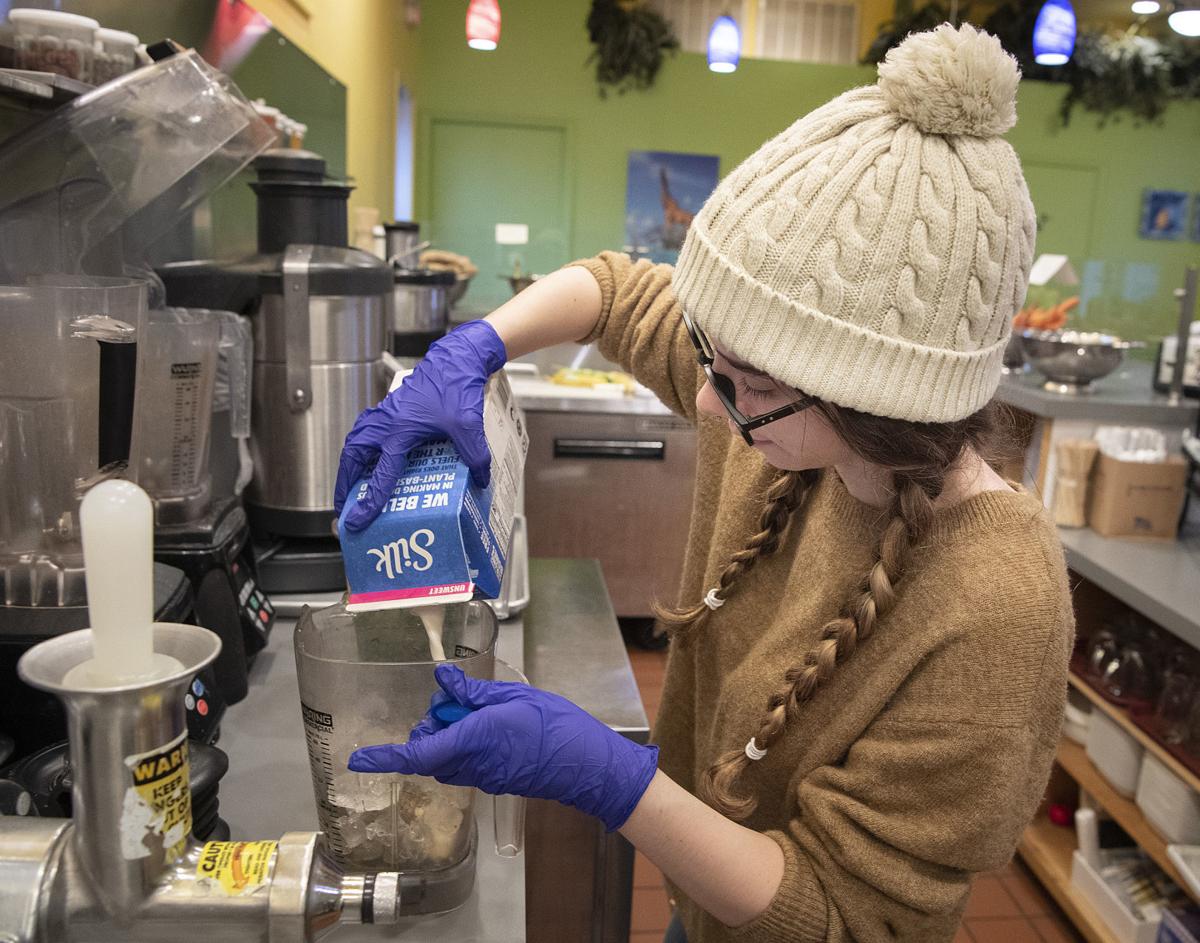 Good JuJu employee Liz Bollendorf mixes ingredients for a smoothie. The East Second Street business will close at the end of the month. 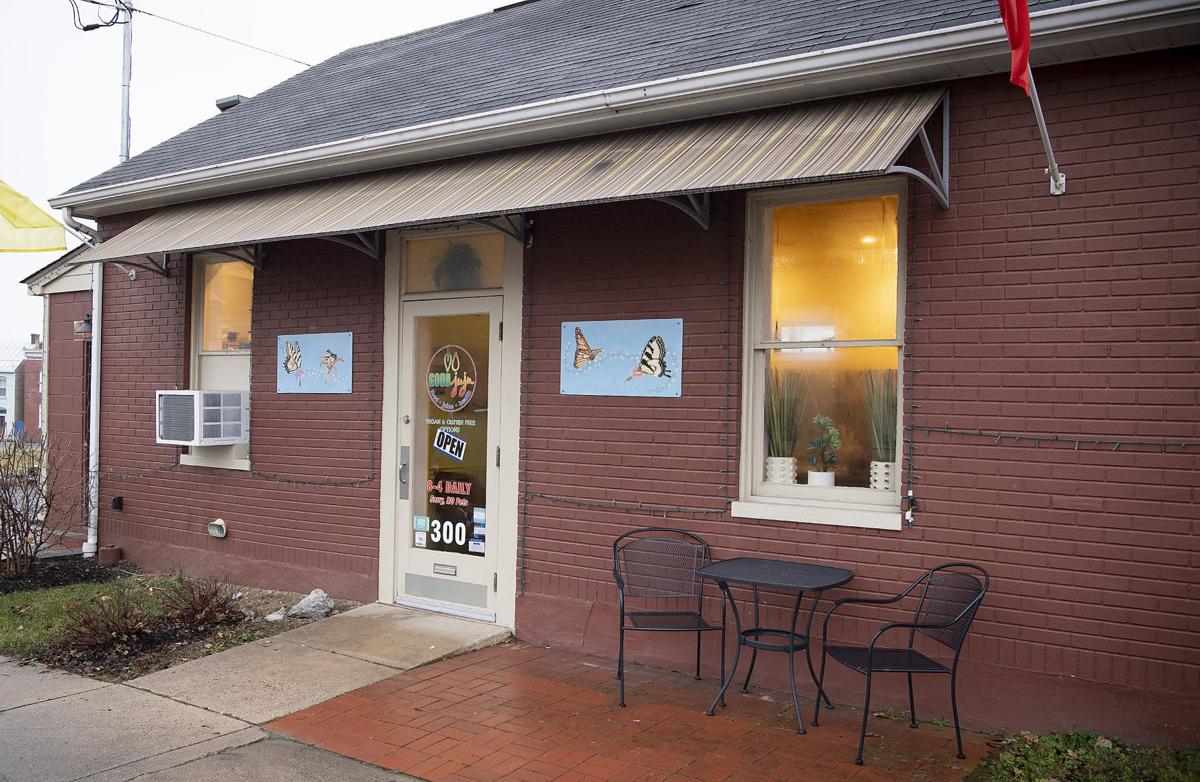 Good JuJu on East Second Street will close at the end of the month.

Good JuJu employee Liz Bollendorf mixes ingredients for a smoothie. The East Second Street business will close at the end of the month.

Good JuJu on East Second Street will close at the end of the month.

There was Just Beet It, which included beet, apple, carrot and lime. The Grilled Cheese-Wich that featured gluten-free, multigrain bread topped with “Earth Balance” and grilled with cheddar. And then, of course, the Eternal Flame, a juice with orange, carrot, maple syrup, lemon, ginger, turmeric, cayenne and coconut water in it.

But after the end of this month, that eternal flame will convert to a few seconds of fleeting smoke.

That’s because GOOD JuJu, the East Second Street hub that offered an array of healthy alternatives to the often-fried fabric of typical downtown fare, will close its doors for GOOD once the calendar turns to February. It’s the second time in a week that a Shab Row business has announced its intention to close and an announcement was released this week before owner Mike Winder confirmed the news in an interview Tuesday morning.

“It was time,” Winder said. “The margins on profits were continuing to not be where they needed to be and, at end of [the] day, we weren’t making any money, so it was time for a change.”

Part of why the business didn’t make enough money to stay alive was the building’s size, Winder explained. GOOD JuJu had its share of loyal customers, but because of how small the structure, which was once a bar, was, they could pack the place and still not have it be enough people to drastically move the needle.

Opening in May 2016, GOOD JuJu was birthed after Winder, who also owns Frederick Coffee Co. and other businesses in Shab Row, noticed that a lot of Coffee Co. customers were asking for a healthier product. They wanted juices, organic alternatives and other things that the coffeehouse couldn’t offer because of its size (the North East Street business was originally converted from a gas station).

Because Winder kept hearing those questions, he decided to take a chance on a new business dedicated only to offering such alternatives. Plus, he thought, the demand for a higher-quality tea led to the success of one of his other businesses, Shab Row Tea Emporium, and so GOOD JuJu seemed like a natural fit.

Nearly four years later, however, Winder realized that the combination of small size and profit margin proved too much to conquer.

“We developed a really good following, so it’s odd to say the business isn’t good enough and the margins aren’t good enough,” he said. “What sticks out to me is the amount of loyal, great customers, who we’d see three or four times a week. I know we were on the path to doing the right thing.

“A lot of it is that it’s a small building,” he added. “We maximized the people in there. When we first got there, the building was a mess, and we put a lot of money into rehabbing the building, but that wasn’t the issue with us closing it; actually, it’s why we’re staying there.”

Indeed, as GOOD JuJu says goodbye, it will make way for The Cutting Board, a shared kitchen space that will be available for those who own food trucks, among other traveling food businesses. For a fee, those interested can rent the space for as much time as they need — three or four hours, all the way up to 24 hours — to, among other things, do prep work for their businesses.

“The average food truck is cooking in the truck, but not slicing tomatoes and cutting onions in the truck,” Winder said. “We want to provide a space to those type of businesses to help them grow. There will be equipment, storage and a lot of shelf space to store goods.”

Winder said he hopes that The Cutting Board will be up and running by mid-February. And even before his current business closes, he already has a handful of clients lined up to rent the space. In the meantime, though, he is planning a transition to move some of the popular GOOD JuJu menu items over to Frederick Coffee Co. to ensure that healthy options will still be available at his businesses.

Food won’t be the only thing Winder keeps from the JuJu days. Mandy Trapaso, who began working at the juice bar from the day it opened, is moving into an operations manager position with Winder and his other businesses. Among the things she said she’ll miss about GOOD JuJu will be working with her fellow servers.

“I’ve made some really good relationships with people while working there,” Trapaso said. “Even the regulars, who I talk to almost every day, I’ll miss those relationships, too. It’s a bummer to see it go.”

Patrons of the restaurant lamented the lack of healthy options available in Frederick.

“I really appreciated having the meatless/veggie options,” said Roy Ghim, who visited the restaurant frequently when he needed somewhere to work on projects. “There aren’t that many healthy joints [around town]. Between this and Common Market, I’d just go to one of the two if I felt I had to course-correct for eating badly.”

GOOD JuJu will remain open daily from 8 a.m. to 4 p.m. through January.

I think they should add a second story to the Coffee Company and offer the healthy food options upstairs.

Don't feel the shared space for food trucks will work out.

Hello, this MIke owner of Coffee Co and juju, I would love to add a 2nd story to Coffee Co but that would be next to impossible with the city and county.

That's too bad. I figured since the City is gun ho to build a multilevel hotel, they would allow a second level restaurant. Frederick Coffee, Black Hog and Pizza & Pretzel are the best hometown hangouts in my opinion.

I wish they could have used some of the adjacent land and made the place bigger, If that is what is needed. It was always busy when I was there. The food and juices were delicious and the service always kind.

Glad you like juju, that adjacent land is ear marked for another project. Mike

I agree. I'm not sure what's Burt's end game is here. Both spots that closed within a week of each other will be hard to fill and remain vacant for some time.

Did you read the article? It says he is closing JuJu and opening The Cutting in it's place. So this one won't go vacant at all

Again, we will not be vacant. I can’t speak for Bert, but from my experiences from the now 15 years I have been renting from him I would say his end game is to have great tenants that run a great business.

It was a restaurant that only appeals to 5% - 8% of the population. It isn't the landlord's fault they weren't able to make a profit.

Your not wrong, we had a lot of customers, it needed a bigger foot print to be successful, know ones fault but mine. Thanks, Mike

This is far from a rent issue. I rent a 1/2 dozen properties from him and the rents are more than fair. And we are staying in the building just changing the format. Thanks, Mike