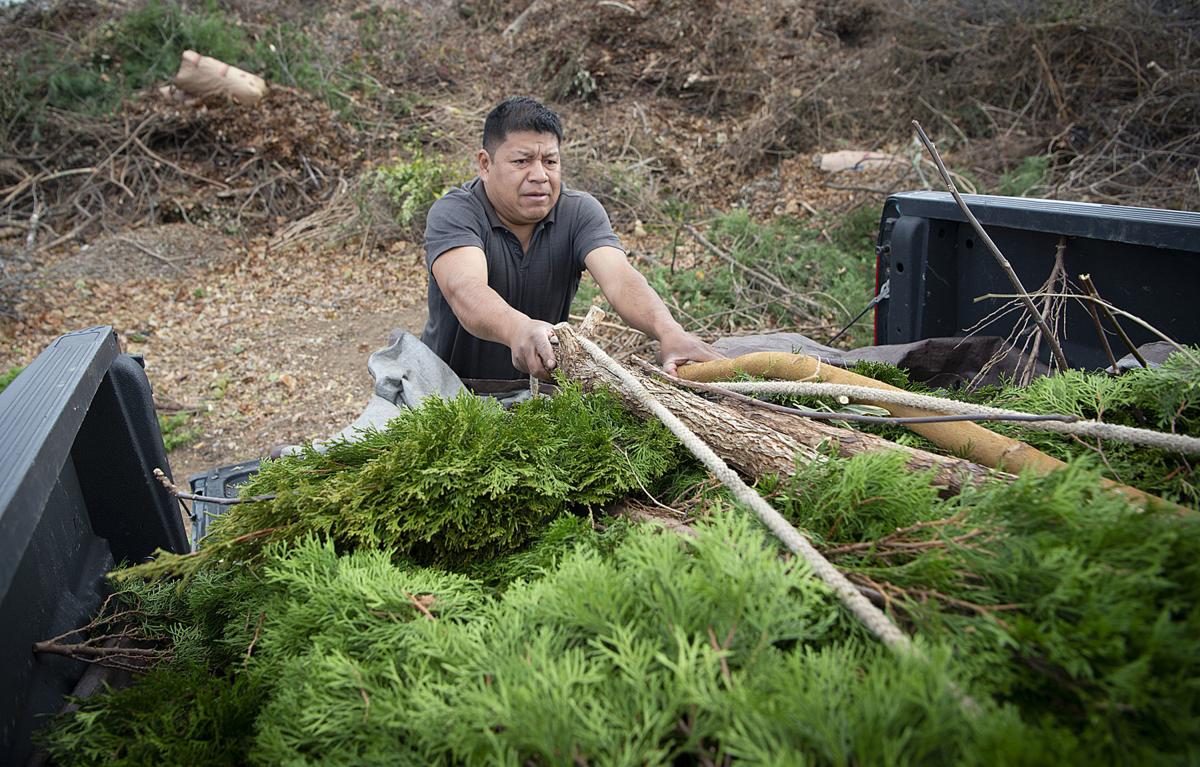 Jorge Martinez pulls a load of yard trimmings off his truck Thursday at the yard waste center on Devilbiss Bridge Road in Walkersville. 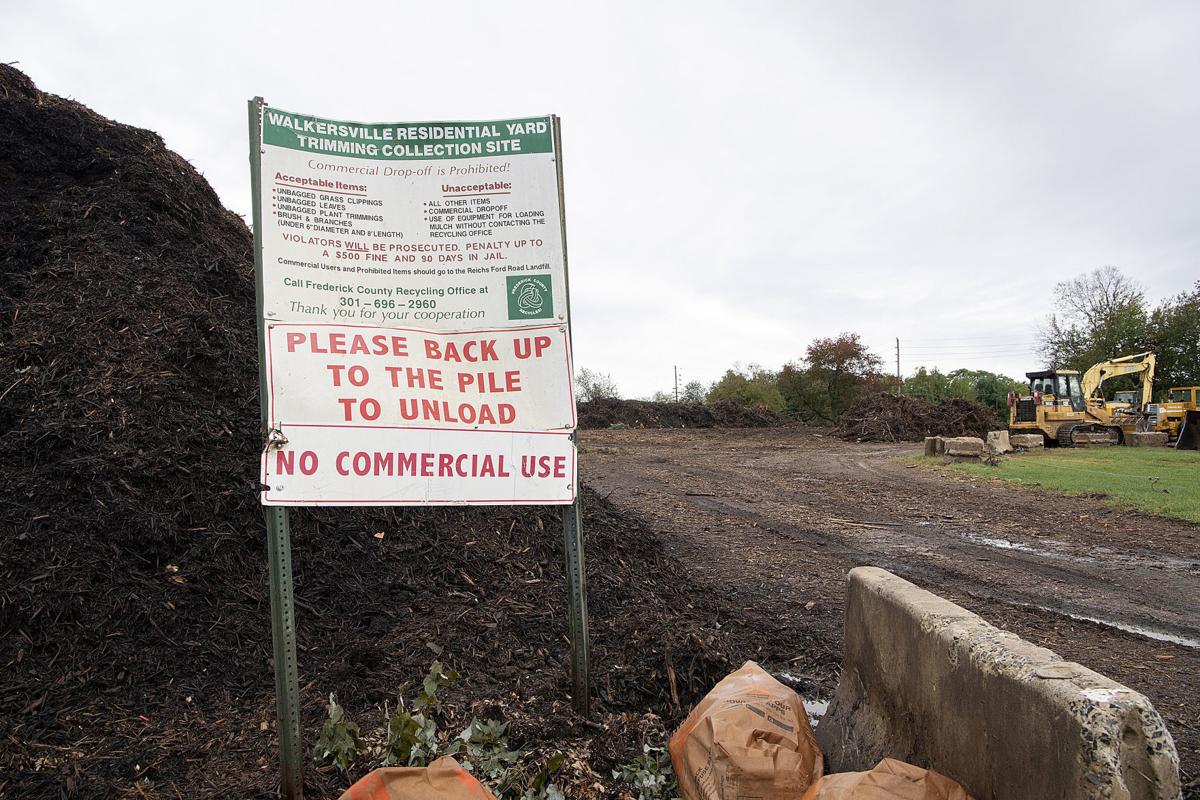 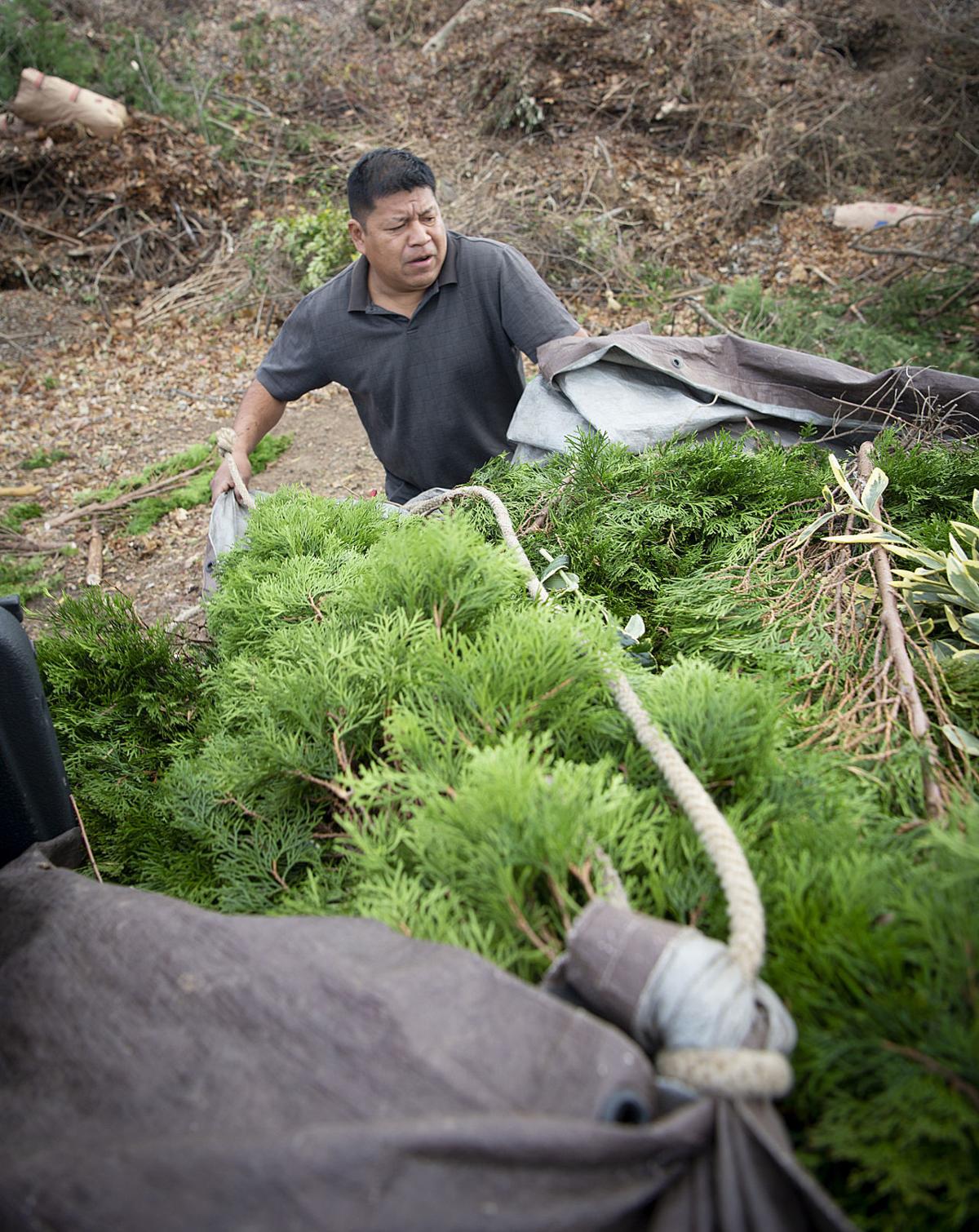 Jorge Martinez pulls a load of yard trimmings off his truck Thursday at the yard waste center on Devilbiss Bridge Road in Walkersville. Friday is the last day the center will be open.

Jorge Martinez pulls a load of yard trimmings off his truck Thursday at the yard waste center on Devilbiss Bridge Road in Walkersville.

Jorge Martinez pulls a load of yard trimmings off his truck Thursday at the yard waste center on Devilbiss Bridge Road in Walkersville. Friday is the last day the center will be open.

Carrie Stafford came to drop her leaves off at the Walkersville Yard Waste Site for the last time this Wednesday.

She comes to the site at least three times a season to drop off waste from her yard. But now that the site is closed, her future plans for dumping leaves are unclear.

“I don’t have a clue,” she said. She could use the Thurmont curbside pickup program, which comes every Monday, but she said that the time is inconvenient for her. If she were to rake and bag the leaves beforehand, she would have problems with her HOA for having the leaves out before Monday.

“They [the county] need to look outside the box instead of closing things,” she said as she finished dumping her leaves.

The Walkersville Yard Waste Site at Heritage Farm officially closed Friday. The site was one of two sites open to county residents to drop yard waste including grass clippings, leaves and twigs. The other is at Reichs Ford Road and is open to both residential and commercial use.

The site closed for several reasons, Walkersville Burgess Chad Weddle said. One of the reasons is its use for commercial dumping. Additionally, people were dropping items that were not yard waste, and could therefore not be ground up for mulch. It became too much of a hassle for the county to handle.

Paul Wega, who was dumping the remains of a pine tree he cut down at the site on Wednesday, said that he had seen people dumping concrete and debris from a deck demolition at the site before.

Kevin Demosky, director of Division of Utilities and Solid Waste Management, said that the illegal materials made managing the site much more difficult. He believes that people dump there to avoid the fees for land-clearing items at the Reichs Ford site.

“But even if you could eliminate those problems it’s just not ideal,” he said. “There are better ways of managing material at a site where we’re equipped to do it.”

He said that opening another site with the appropriate staffing and security equipment would not be cost effective.

Walkersville is now accepting sealed bids for the biweekly collection of yard waste. Bids are being accepted through Dec. 19, and the contract would run from March 2020 to November 2020, with possible extensions.

Other municipalities are also concerned about the closing of the Walkersville site. Thurmont is concerned that their municipality’s small yard waste site, which is only open one day per month, will see an overflow of traffic, perhaps from people who don’t live in the town’s limits.

The commissioners and Mayor John Kinnaird discussed the possibility of checking ID’s or giving out tickets to Thurmont residents at their last town meeting, but have not made an official decision yet.

Some Frederick County residents said that the closing of the Heritage Farm site will overflow the volume at the Reichs Ford Road site, even with curbside pickup in the municipality. There are many rural residents of the county who do not live in a municipality and still rely on the waste sites to drop their waste.

Daniel Carroll of Walkersville said the site will not have enough capacity, and that mismanagement is the cause to blame for the Walkersville site’s closure.

“They really don’t have a clue when it comes to organic matter,” he said.

Demosky said the county is “not concerned” about the increased volume at the Reichs Ford Road site, and that it is not expected to reach capacity.

The Reichs Ford Road site has two grinders whereas the Walkersville site only has one, Weddle said. This should make it easier for the site to handle a larger volume of yard waste.

Carroll has other problems with the Reichs Ford Road site, which he said is only big enough for two vehicles to enter at a time. Additionally, he said the layout of the site makes it difficult maneuver his truck to unload debris.

Wega also pointed out that the site is difficult to get in and out of, compared to the Walkersville site where several cars can back up right to the pile at once.

Ultimately, though, he understands why the site has to close. He just wishes it wasn’t the case.

“Every good thing must come to an end,” he said.

So when they hauled the chipped mulch out to wv ...Who the hell got that contract , for rebagging it and selling for.a profit .... County hides sooo Much open ya eyes ... Yea u bought ya twigs back ....

My elderly parents own a home in the county.

I own a business. We use a company vehicle when tending to yads stuff at my parents home. Of course, my parents do not pay me/us. There is no profit. No money changing hands. But we can/could not go there because the vehicles have a name on the sides. But nothing commercial about it.

Frederick County has fouled up. This is disappointing. The unkept brush pile at the park was disappointing. But hey - as long as there are no more plastic straws or balloons in the county, life is grand.

Won’t have to see the mess pulling up along every rural county road!!

The capacity of Reich's Ford site is not the same the access to Reich's Ford. The set up for home yard waste is a joke at Reich's Ford. At least the Director is admitting that this is about fees and not providing a service to the residences of the county. On another front, what is 'commercial dumping?' Is it the source of the yard waste or it is the status of the person doing the dumping? While commercial lawn services were certainly using Heritage, the vast majority of what was dumped there was from homes. It is all about the fees.

You need to do some homework. Yard water can be dropped off for free at Reich's Ford so it's not about fees.

So many excuses. The Walkersville site ran for many with no issues. Competent management has retired and now the new management lacks the intelligence on how to get it done.

Spoke to an attendant at Reichs Ford yard waste facility this summer who said facility was understaffed as cause for the lack of supervision at Heritage being cause of deteriorating conditions. Apparently County Government has not been replacing staffing who have retired or moved on.

Figured it would be a matter of time this would be shut down as many were abusing with unauthorized dumping to include unmarked commercial high end trailers.

However, I suspect Reich Ford will become more congested as it has at times previous to closing Heritage.