You have permission to edit this article.
Edit
Home
News
Election
Opinion
Sports
Topics
Calendar
Classifieds
Features
Best of the Best
1 of 3 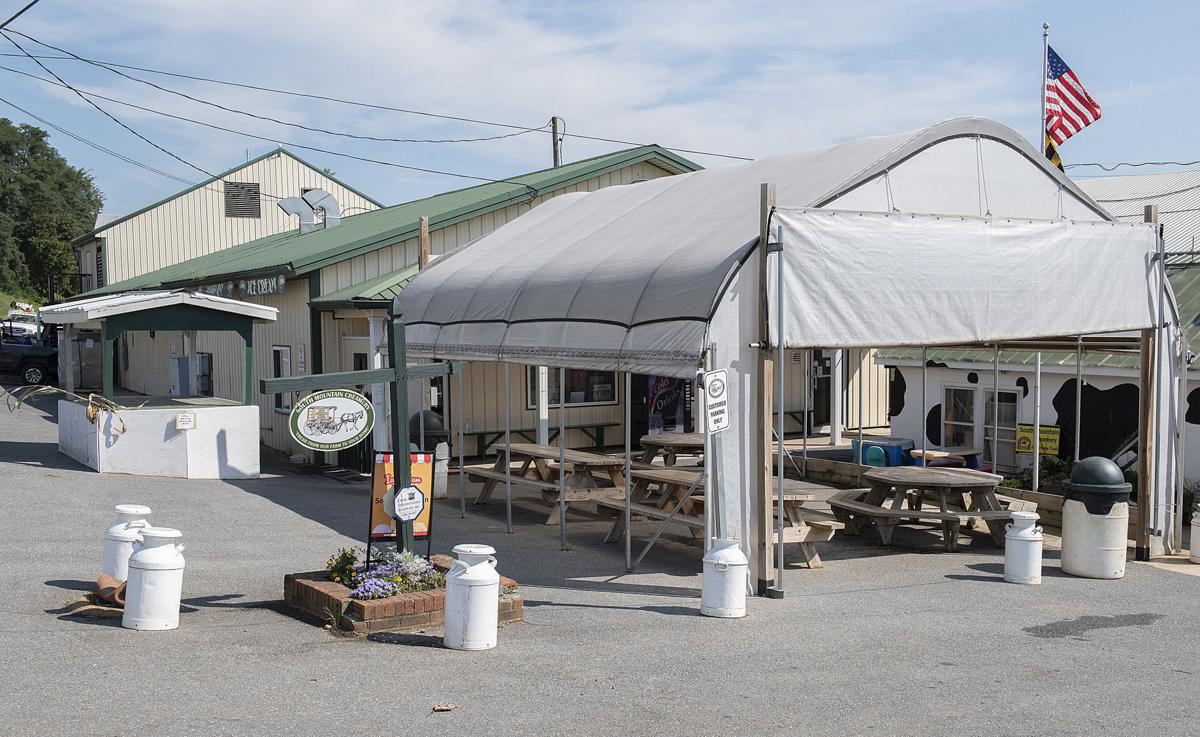 The South Mountain Creamery operates a farm and shop as well as home delivery food operation on Bolivar Road west of Middletown. 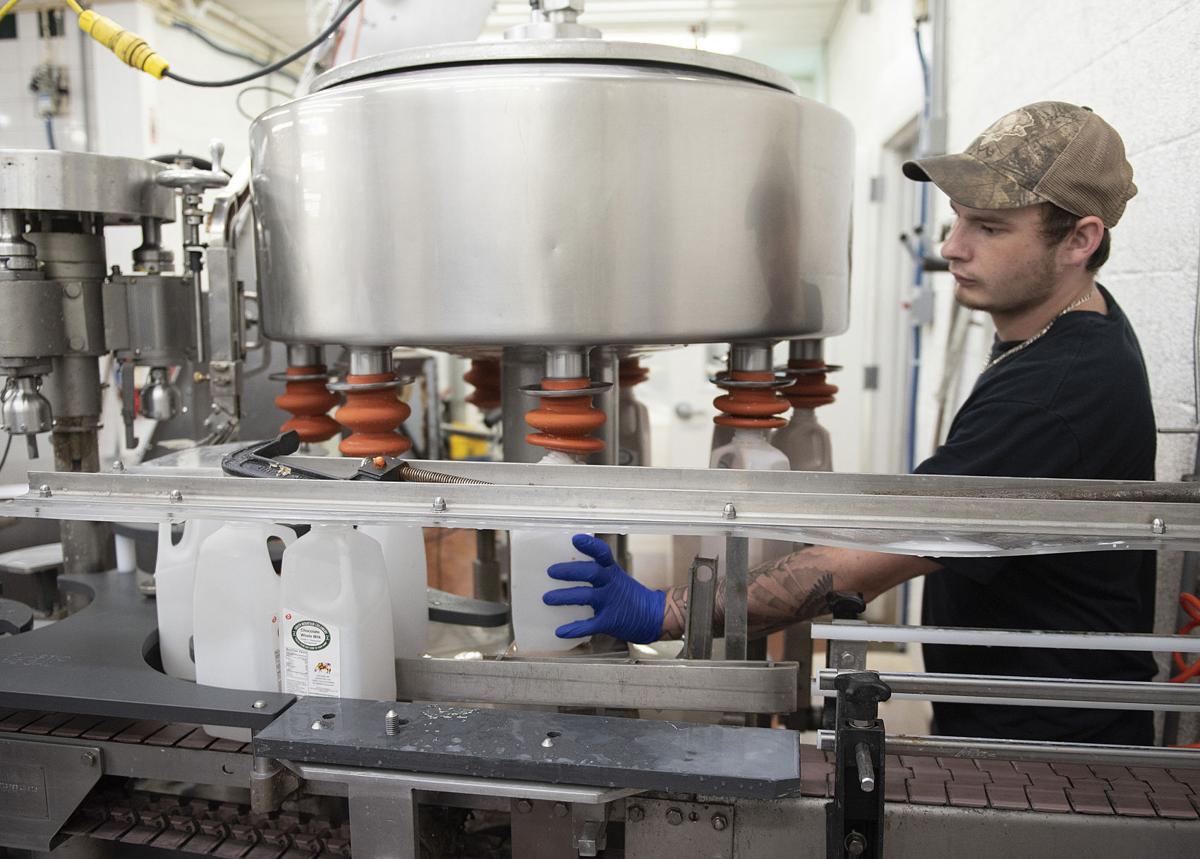 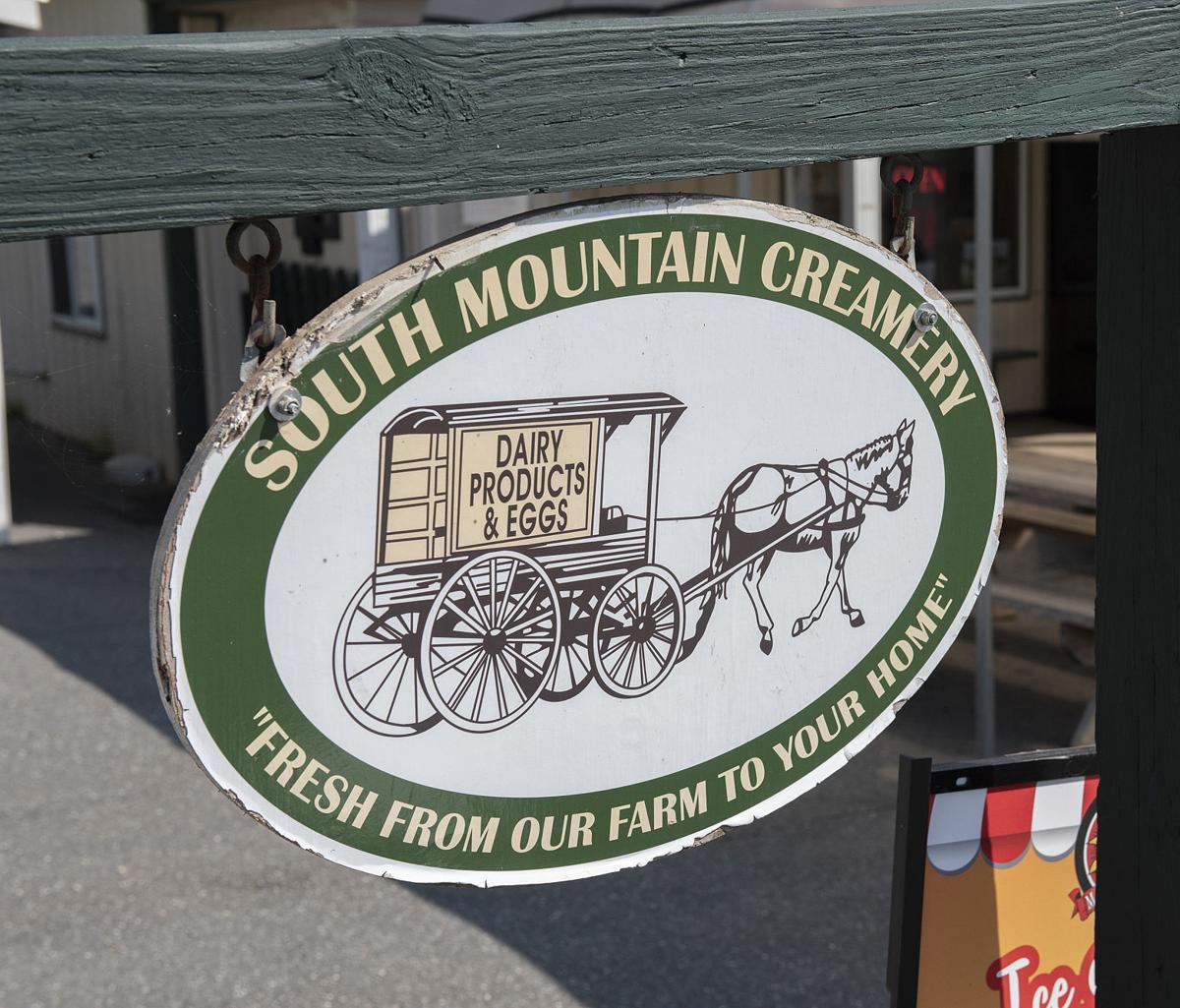 South Mountain Creamery is opening the first Maryland farmer-owned farm-to-fork restaurant in downtown Frederick, set to open in the spring of 2019.

The South Mountain Creamery operates a farm and shop as well as home delivery food operation on Bolivar Road west of Middletown.

South Mountain Creamery is opening the first Maryland farmer-owned farm-to-fork restaurant in downtown Frederick, set to open in the spring of 2019.

As trucks rumbling by, they honked to greet farmers John Rigdon and Andrea McGuirk-Rigdon. With the growing season coming to an end, the Harford County couple was preparing to shutter their retail shop, located on the ground floor of a double drive-thru corn crib along the rural road, its red paint peeling with age.

Rigdon Farms dates back to the 1700s; the owners have loyal customers who come out to pick their own blueberries in the summer, or to buy a bale of hay for feed. But this year, more than ever before, saw new arrivals: young families with kids on a kill-two-birds-with-one-stone mission to avoid the grocery store and get out of the house. Sales this year have about doubled.

From Harford County to Baltimore City, a local food revolution has taken root in Maryland amid the coronavirus pandemic. Grocery store-leery consumers have signed up for community supported agriculture, or CSA, boxes in droves, and they even started their own tiny plots and chicken coops. Longtime farmers like the Rigdons have embraced social media and new technologies to reach customers, while others are expanding their home-delivery operations. Experts hope it’s a shift that will outlive the coronavirus.

At the beginning of the pandemic, “Everybody was freaking out ‘Ah there’s going to be a food shortage,’” said Mary Miles, a 29-year-old publicist living in Baltimore’s Hampden neighborhood.

This spring, Miles signed up for a weekly CSA box from Baltimore’s Civic Works. The group drops produce from urban farms in places like Sandtown and Cherry Hill; Miles picks up her box from a coffee shop in Charles Village.

For Miles, who lives with her husband, part of the appeal has been a chance to discover things she might not think of getting at the grocery store, like a 4-pound pumpkin that she pureed for macaroni and cheese.

“I like that it’s given me different ingredients, that it’s allowed me to try different recipes,” she said. “I got an enormous butternut squash … this thing was at least a foot and a half long.”

Though Civic Works is closing its CSA program in November for the winter, Miles said she’s already thinking of signing up again next year.

In Frederick County, South Mountain Creamery saw so many new orders within the first weeks of the pandemic’s start that it hired 15 new drivers just to keep up. The company, which also runs a “farm to fork” eatery in Frederick called the Hometown Harvest Kitchen, had the advantage of a robust delivery system already in place. The dairy began delivering its glass-bottled milk 19 years ago.

“We wanted to bring back the milkman,” CEO Tony Brusco said.

Today, South Mountain delivers local meat and produce as well as selling ready-to-eat meals cooked up at the Frederick restaurant. This year saw so many new customers that its overloaded trucks had trouble making deliveries. Brusco decided to open up a new warehouse in Aberdeen, helping to facilitate deliveries on the Eastern Shore and into Delaware.

Farmers have faced multiple pressures this year, including increased demand from customers as well as disruptions to the way they normally do business.

Lynne Ferguson spent much of this year scrambling to find new ways to slaughter the cows, pigs and chickens she keeps on her Parkton farm after her usual butcher shops and processing plants struggled with workers getting sick.

At the same time, customers were snatching up everything they could from her freezer — not just bits of scrapple and bacon, but huge pork roasts and whole turkeys. “Anything I had,” she said, “they just took it.”

Kay Ripley, a member of the family that owns Baugher’s Orchard and Farm Market in Westminster, said the shop experienced a similar spike in people purchasing larger quantities of fruit, vegetables, flowers and herbs.

“They were extremely popular this year, I guess with everyone home and doing more home maintenance,” said Ripley, who said she’s been working “since birth” at the market.

The record demand for local produce and other goods is good news for the local economy, said John Torres, executive director of the Maryland Farm Bureau. It’s also better for people’s health, he said.

Studies show local produce, eaten closer to its harvest date, tends to be more nutritious than produce that travels cross country or even internationally before being eaten.

The surge in local produce hasn’t been limited to rural parts of the state. In and around Baltimore, residents flocked to farmers markets like the one in Waverly, where the Farm Alliance of Baltimore runs a stand selling produce from urban farms.

This year, “the demand went up — it went way up,” said Mariya Strauss, the alliance’s executive director.

This year also has seen a new crop of urban farmers, with volunteers rushing to work at places like The Plantation in Park Heights, said Richard Francis, the executive director of the Park Heights farm who calls himself “Farmer Chippy.”

The farm, which also gives out free CSA boxes to neighborhood residents every Thursday, saw demand nearly triple, from 100 to 280 boxes, loaded with everything from beets to corn, watermelon and potatoes.

Others have cultivated their own plots at home.

Monalisa Diallo, a longtime advocate of community farms and gardens, turned the garage roof at her Mondawmin home into a vegetable garden. The beets she’s grown there have been tastier than what she finds at the nearby Shoppers grocery store, she said, and helped keep her household fed while they waited for a SNAP card that never came in the mail. She wonders what her West Baltimore neighborhood would look like with fewer fast food restaurants and more community gardens.

At the Rigdons’ farm this year, keeping the retail space and another stand in Pylesville stocked “was almost a full time job,” McGuirk-Rigdon said.

Like many rural farm stands, the Rigdons’ operates on the honor system. Customers can pick up their goods and leave cash in a rusting locked box. At the urging of their tech-savvy daughter, they began accepting Venmo mobile payments, too.

Demand for goods has tracked with the various 2020 trends: Customers scooped up not just fresh produce with the season, but wooden picnic tables as restaurants rushed to add more outdoor dining. Earlier this year, the Rigdons sold more than 1,000 pullets, or young hens, to people starting their own coops. One lawyer showed up with just a tupperware container to hold them in, McGuirk-Rigdon recalled in disbelief. Now, people are grabbing up firewood for backyard pits — Rigdons can barely keep the racks full.

The Maryland Farm Bureau’s Torres hopes consumers’ desire to eat local will survive through the winter, when many favorite fruits and veggies may be out of season.

“We have food from all parts of the world 365 days a year,” thanks to supermarkets, he said. “As consumers, we really don’t think of the seasonality of food.”

But even with fall approaching, some consumers are likely to keep it local when it comes to food. They’re embracing techniques that Americans have used to get through the chilly season for generations — canning and jarring foods for the winter — leading to yet another one of those pandemic era shortages: glass mason jars.

Visit The Baltimore Sun at www.baltimoresun.com