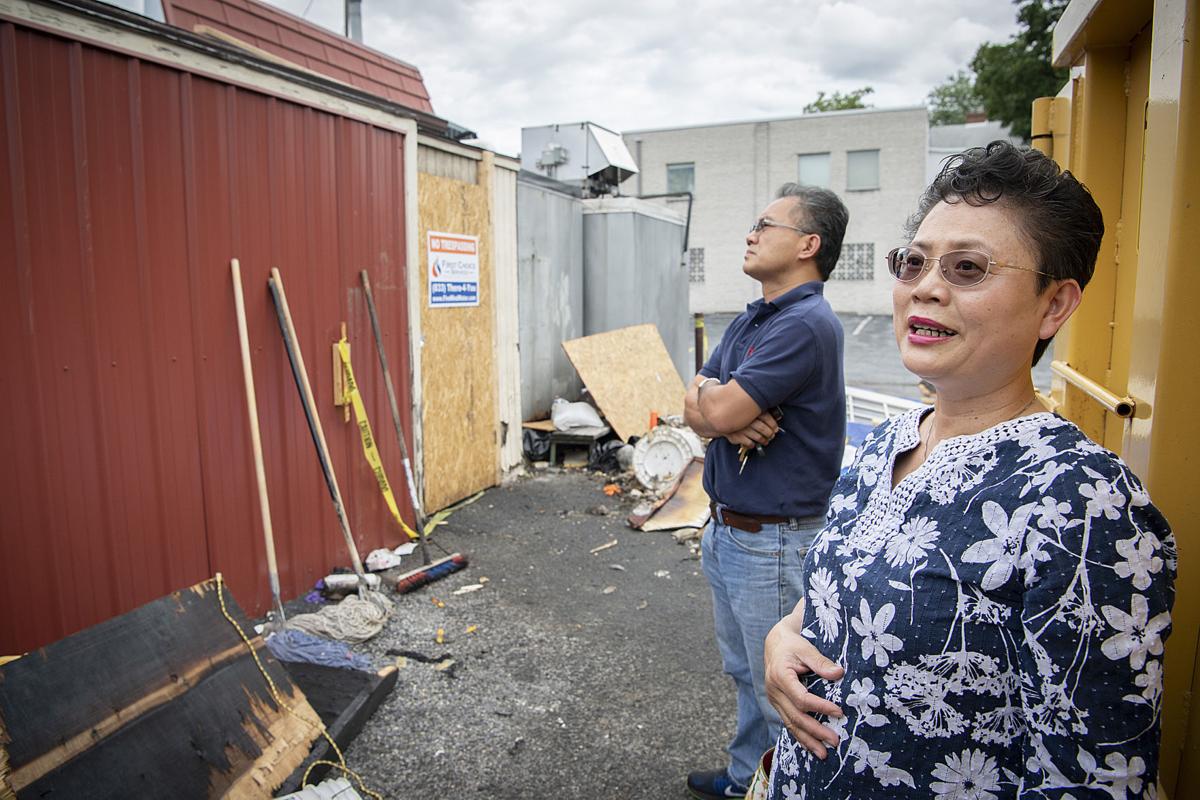 China Garden co-owners Bruce Chiang and Mei Lin Chiang are shown behind the restaurant where they believe the May 22 fire started. The family has operated the restaurant for about 35 years. 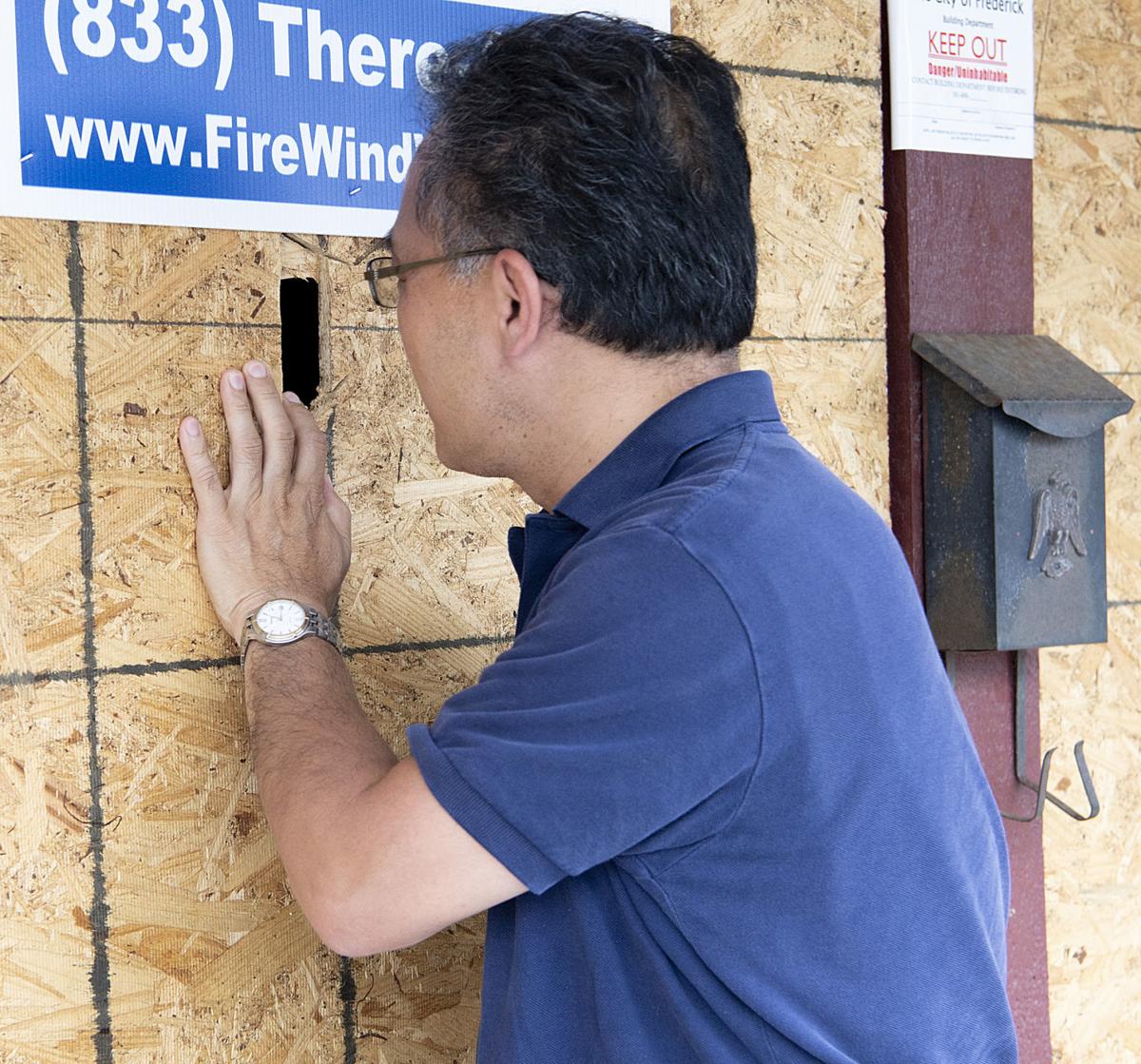 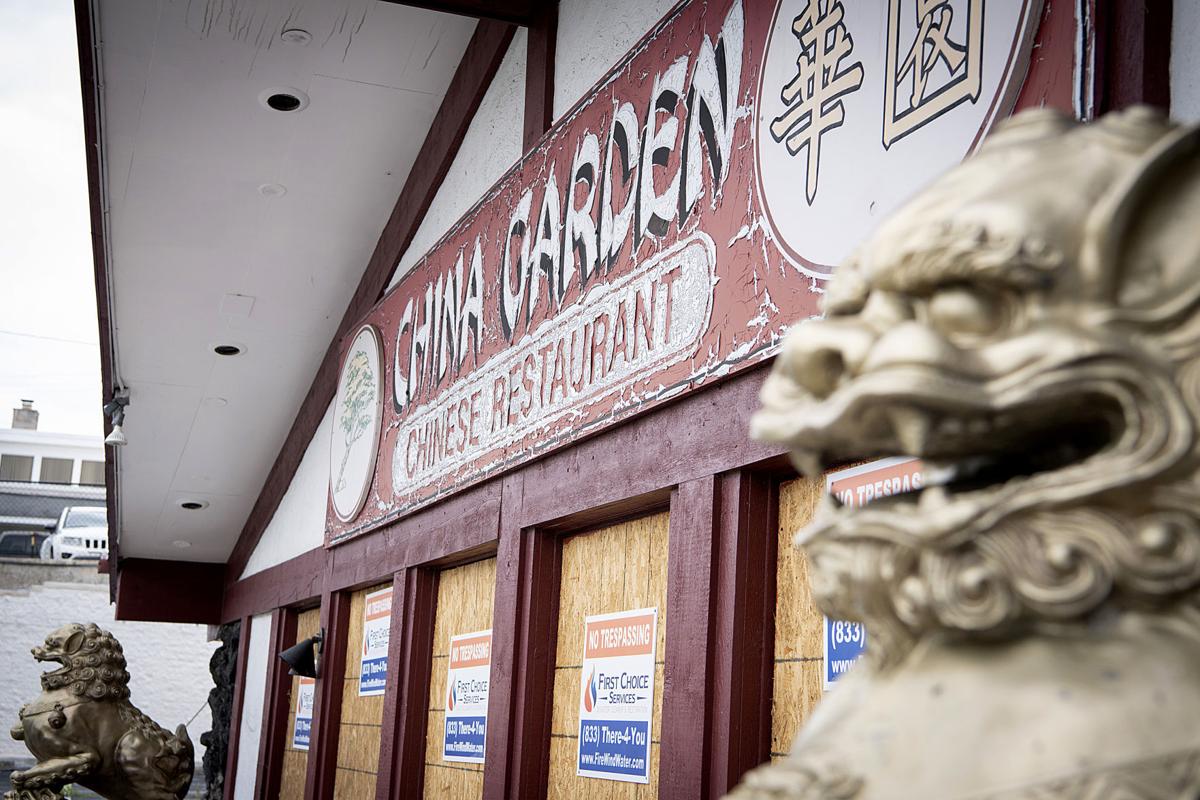 The front of China Garden shown here in 2019, shortly after a fire shut down the popular restaurant.

China Garden co-owners Bruce Chiang and Mei Lin Chiang are shown behind the restaurant where they believe the May 22 fire started. The family has operated the restaurant for about 35 years.

The front of China Garden shown here in 2019, shortly after a fire shut down the popular restaurant.

An electrical fire may have heavily damaged China Garden, but it has not extinguished the restaurant’s future.

Allen, Mei Lin and Bruce Chiang, three of the four siblings who co-own the restaurant on West Patrick Street in Frederick, said they were told that last month’s fire was started by wiring in a refrigerator.

Battalion Chief Kenneth Poole and Deputy Fire Marshal Charles Green, both with the Frederick County Division of Fire and Rescue Services, declined to comment on the cause of the fire.

The refrigerator seemed to work normally before the fire, Bruce Chiang said.

Things seemed fine the day of the fire, he said.

“I asked my sister and older brother if everything was OK the night of the fire,” Bruce said.

The Frederick County Health Department had recently inspected the restaurant and declared it to be running properly, taking issue only with a slightly hot refrigerator, Bruce said.

The family got rid of that fridge the next morning, he said.

Another refrigerator, in the storage area, was determined to be the cause of the fire, he added.

On May 22, the fire started in the kitchen at the restaurant about 30 minutes after everyone went home, Allen said. It took 25 minutes and about 60 firefighters to put the fire out, according to a previous article in The Frederick News-Post.

First responders found heavy fire in the rear kitchen and fire through the roof.

The Chinese restaurant opened in 1984 and is one of the longest-operating restaurants in Frederick. It has remained closed since the fire.

Mei Lin had left the restaurant in the evening, and her brothers stayed until closing. The four of them work almost every day, said Mo Smith, an assistant manager.

At around 11 p.m., Mei Lin got a call from her older brother Allen about the fire and went straight to the restaurant. She said that she didn’t come home until 2 a.m.

She watched the fire with her brothers, but they didn’t watch it alone.

“The employees came after the fire started,” Mei Lin said. “One of them cried.”

Between 20 and 30 people worked full time at China Garden, Mei Lin said. All of them had been working there for more than 10 years, she added.

While in high school, Smith started working there in 2006 as a busboy. He continued to work there on weekends and holidays. After graduating from college, he came back to China Garden full time.

He said that he was shocked by the fire.

“I felt bad for the family,” Smith said. “That’s their whole life.

“They’ve been working there for over 30 years, and now it’s all gone,” he added.

The Chiangs bought the property in 1984, Mei Lin said. Over the last 35 years, the restaurant has become a major part of their — and the city’s — lives.

“We’ve had three generations eating here,” Mei Lin said. “I’ve seen them come in high chairs and then grow up and have children.”

Since the fire, the family has received an influx of supportive emails and phone calls, Allen said.

“We’re lucky that we’ve had a lot of support from the community,” he said.

The flames did not make it into the dining area.

Over the past year, the family had been renovating the restaurant, adding new seats, a new roof, new air conditioner and new dining room floor, as well as a new grease track and three refrigerators in the kitchen, Bruce Chiang said.

The day before the fire, they had installed new gutters, which the family said cost $1,200. Mei Lin said that they have not yet paid for the gutters, and only half of the $40,000 bill for the new roof.

“We did a lot of upgrades,” Bruce said.

Now that the insurance inspection is over, a structural engineer and a health inspector will inspect the building this week to see what needs to be rebuilt, Mei Lin said.

Mei Lin said that she would like to add a “party room” for special events, such as weddings and other celebrations.

Because the building is about 50 years old, Bruce was concerned that a new addition would not look right with the original structure.

The family is still waiting to be paid by insurance before deciding what to do, however.

“The processing is really, really slow,” Allen said. “There’s just so much to it.”

Sarah Wedl has dined at China Garden since before she was born.

Well I hope funds from the SIX different GoFundMe requests help out.

The building is about 50 years old, not 60. Recently in the 20-50-100 Years Ago it was mentioned in the 50 years that a new building was to be built at that location and would be a Burger Chef. One of my earliest jobs was working in it in '71.

You have solved a mystery that I always thought about every time I dined at China Garden. I have often thought that the structure reminded me of a fast food restaurant transformed into another eatery. I thought it could have been a Roy Rogers, but now you have indicated it was a Burger Chef. I remember having one of those restaurants in LaVale, MD when I was a little kid. Coincidentally, I believe that former Burger chef location is also an Asian restaurant today.

I've never heard of Burger Chef, so with a quick, Google Image search, sure enough that is identical to their older buildings. Neat to know. Thanks for sharing.

I don't know anything about the for eyes on the golden mile. It sounds like an eye doctor or a glasses store. Can you tell us about it?

I was trying to get this to go bellow glenkrc so, it would be obvious I was replying to him but, he doesn't have a reply button available.