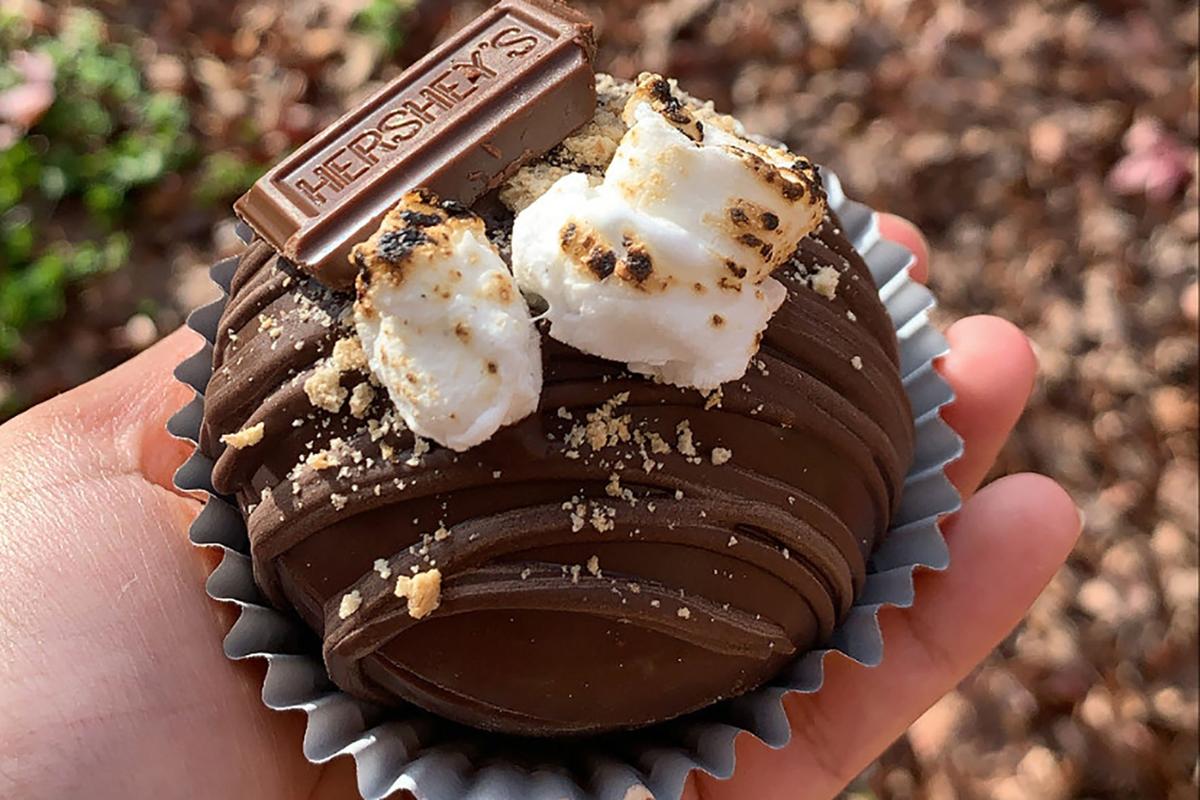 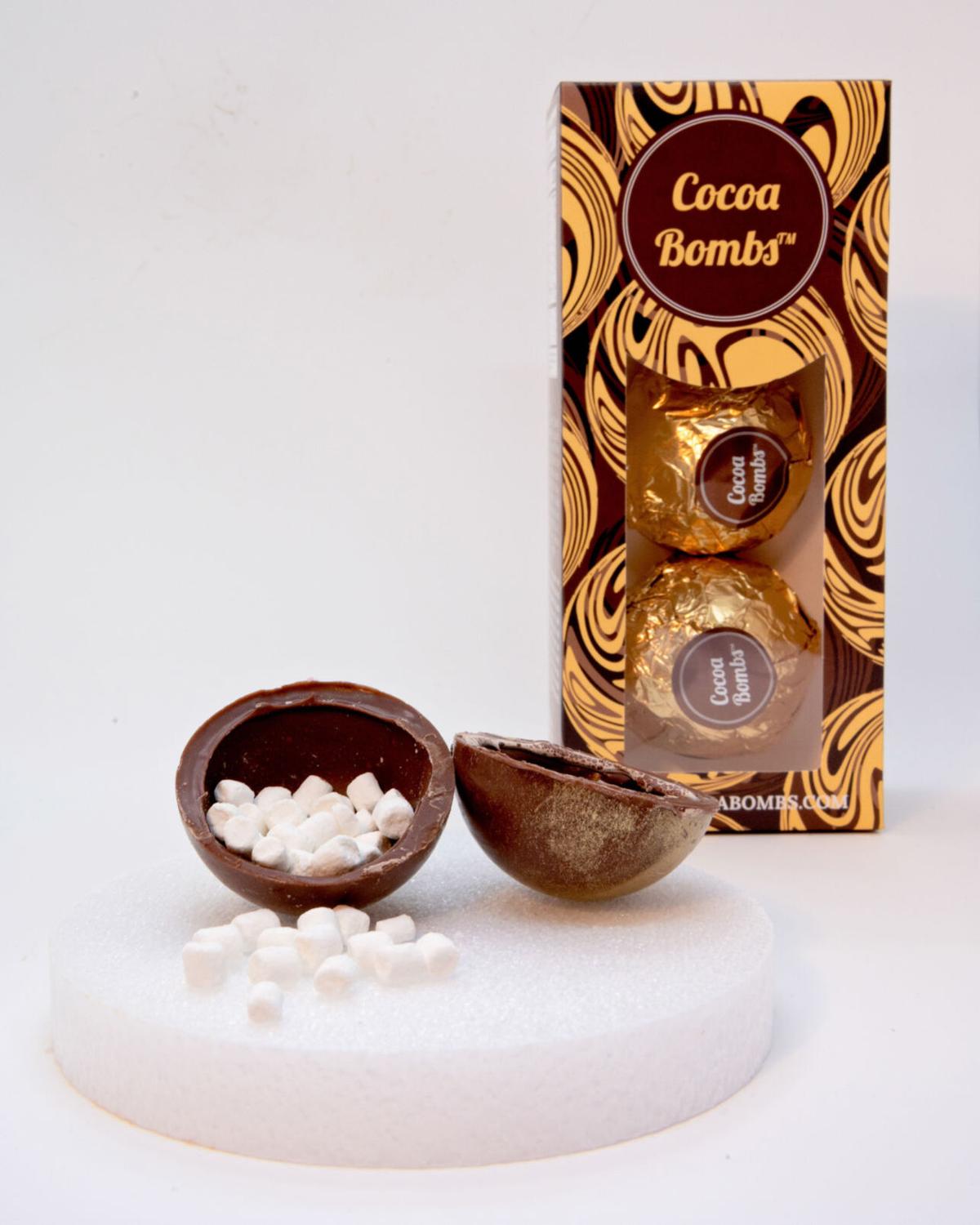 Eric Torres Garcia trademarked the name of his signature confection. 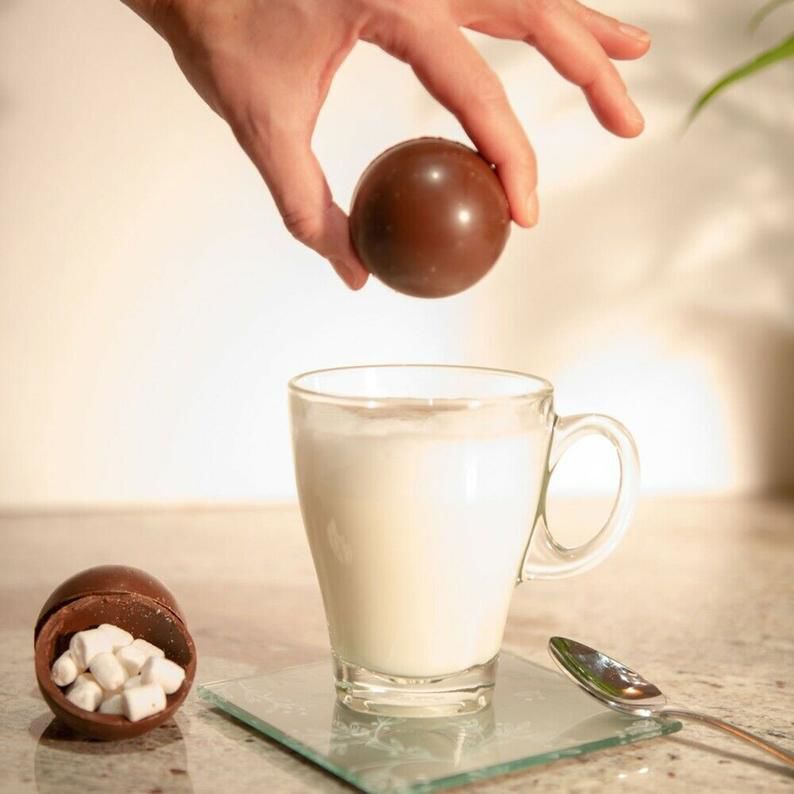 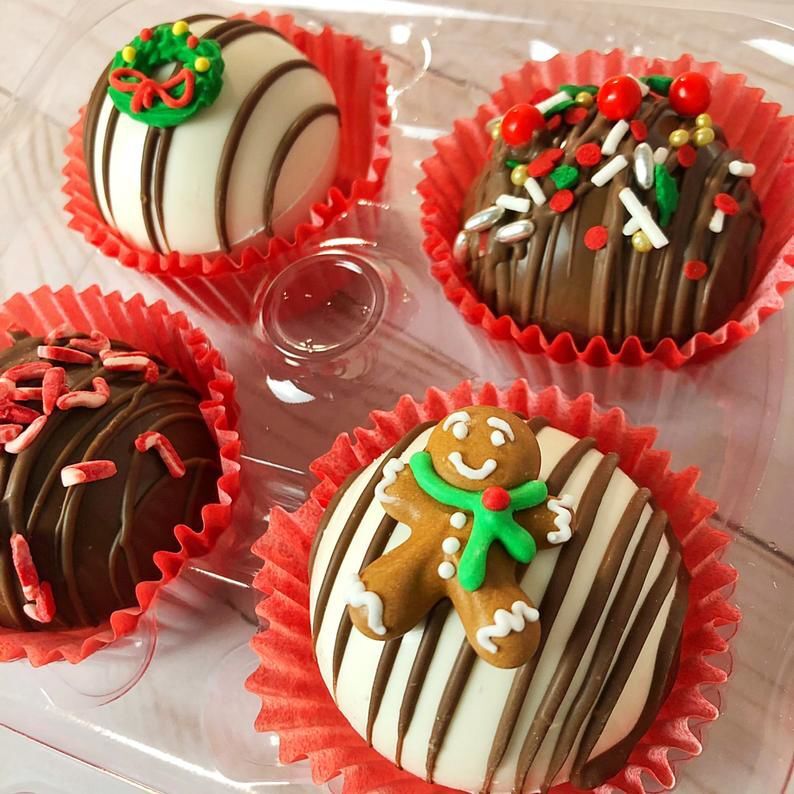 Hot cocoa bombs are a hot commodity this holiday season.

Eric Torres Garcia trademarked the name of his signature confection.

Hot cocoa bombs are a hot commodity this holiday season.

It takes certain qualities to fuel a viral food trend.

There’s sheer novelty (cloud bread!), or maybe a gross-out factor. (Remember when people eating cereal from each other’s mouths was a thing for a minute?) And for many, sourdough baking was our pandemic kitchen therapy.

And then there are some that check allll the boxes. In that rarefied category of things that seem engineered to dominate our social media feeds, we’ll put hot cocoa bombs. When these filled chocolate spheres are submerged into steamy milk, they erupt in a delightful explosion of marshmallows swimming in hot chocolate. The confections, which started catching on last year via TikTok videos and snowballed in recent weeks, have creeped through our screens to become IRL holiday objects of desire, akin to that Baby Yoda doll you can’t find anywhere this year.

Of course you can try to make them at home (more on that later), but still, bakers are reporting selling out of cocoa bombs. Frantic mom groups on Facebook are fretting about procuring them for the holidays.

Sithiya Reshmee, who runs the online, Arlington, Va.-based F&R Sweets with partner Farah Bahr, says they are fully booked through December and aren’t taking any more orders. The cocoa bombs have been their biggest seller since they put them on the menu three months ago after discovering them on TikTok (Reshmee and Bahr are high school seniors, so they’re more native to the platform than many other retailers). Before that, chocolate-covered strawberries had been a signature confection.

Reshmee sees the appeal of the novel bombs to both children and their parents. “It explodes and the marshmallows pop out and there’s all this goodness,” she says. “It’s fun — it’s a really great gift as well.”

Kara Nielsen, who tracks food for the trend-forecasting firm WGSN, agrees that it’s the visual element that has made cocoa bombs catch on. “It has a sensory engagement that is very of-the-moment,” she says.

Other factors are at play. Since all things pumpkin spice latte (a flavor now known simply as PSL) came to dominate fall, seasonality has been an important quality in food trends, she says. And the pandemic winter has heightened the demand for both DIY activities and coziness, which the cocoa bomb provides. “It offers warming comfort at a time when we’re all wondering how can we bring some joy into our lives — it fits with the season and the situation this year,” Nielsen says.

But once the pandemic is in our rearview mirror (soon, please?) can cocoa bombs endure? In other words, are they more of a cake pop — the confection that started as a novelty but soon came to be a legitimate part of the pastry canon — or a pancake cereal, which enjoyed a brief moment of social media virality?

Eric Torres Garcia is betting on the former. He’s claims to have created the very first cocoa bomb, which he showed off in a TikTok last year. In the video, he plunks a chocolate orb into a mug and pours hot milk over it, as Mariah Carey’s “All I Want for Christmas” plays. Marshmallows pop out and then bob to the surface of the frothy concoction. He captioned it, “Would anyone buy these?”

The answer turned out to be a resounding yes, and the video garnered 1.7 million views within 10 hours (it’s now up to 2.5 million). Garcia trademarked the name, set up an online shop at Cocoabombs.com, and now fills orders for thousands of the confections in such flavors as peppermint and Mexican chocolate. “It was insane,” he says of the initial response.

As to how the trend has translated to home kitchens, just try to find the 2- or 2 1/2-inch silicone molds used to make them. Many retailers are out of stock or back-ordered on the flexible trays that have been marketed to take advantage of the cocoa madness, beyond their original intent for candies, mousses and small bombe cakes.

Of course, the internet is rife with DIY tutorials, so we took a gander at making them ourselves. Let’s just say it’s safe to assume not everything you see is as easy as it looks online (shocker!). We went through almost two pounds of dark chocolate over several days and came out the other end still not having completely mastered the concept. A generous neighbor lent us one of the molds, but we also attempted batches in a silicone tray for making spherical ice cubes, a well-used silicone muffin tin, mugs lined with plastic wrap and the plastic shell of a Kinder Joy egg (a hack we found online).

Efforts ranged from passable to downright catastrophic (those lined mugs), though they weren’t even consistent across batches made with the same equipment. All the silicone molds worked at one point or another, and even the Kinder Joy was OK a few times. Much depended on the temperature of the chocolate — too thin it runs down the mold, too thick it won’t spread — and how well it was applied. Our bombs skewed thinner and weaker toward the top, which is where they tended to crack and shatter upon removal. The appearance of the chocolate varied from shiny to matte. Chocolatiers and pastry chefs know how to temper chocolate to get that perfectly glossy finish and proper set and snap, but the typical home cook, especially one without an instant-read thermometer, might find this more challenging.

If our experiences are any indication, while you can make the chocolate shells at home, you’d have to go into it with expectations of a potentially steep learning curve and a less than 100% success rate. For us, it just wasn’t worth it. We’ll be perfectly happy to stick to making a batch of hot chocolate the old-fashioned, yet no less delicious, way.

Or go ahead and support one of the many local businesses using the bombs as a way to stay afloat. Garcia doesn’t mind small bakers offering copies of his creation. “I’m not going to go after people who are trying to get by, especially during these times,” he says. “I’m keeping an eye on larger corporations.” He plans to grow his company next year.

Nielsen, too, suspects that the trend could have legs. One thing in its favor is that hot cocoa is something that many people already consume — as opposed to, say, cloud bread. “It has a faddish element to it, but when you think about the qualities that would make it stick, you think well, will people have the same needs next year?” she asks. “Will people still need a fun way to mix hot chocolate? Probably.”

"Frantic mom groups on Facebook are fretting about procuring them for the holidays." Seriously? Passing novelty trends mean so much to some people that they get "frantic" over getting them? Like slaves to fashion......sad.

Remember the frenzy over Cabbage Patch Kids and Beanie Babies? People are such sheeple sometimes.

Yeah, it's incredible. What gets me is the way they pay big bucks for clothes just because they have someone's name on them; Calvin Klein, Tommy Hilfiger, Under Armour, etc., and then take the jeans and rip holes in them to make it look like they're too poor to afford them in the first place. Insecurity at it's worst. [unsure]