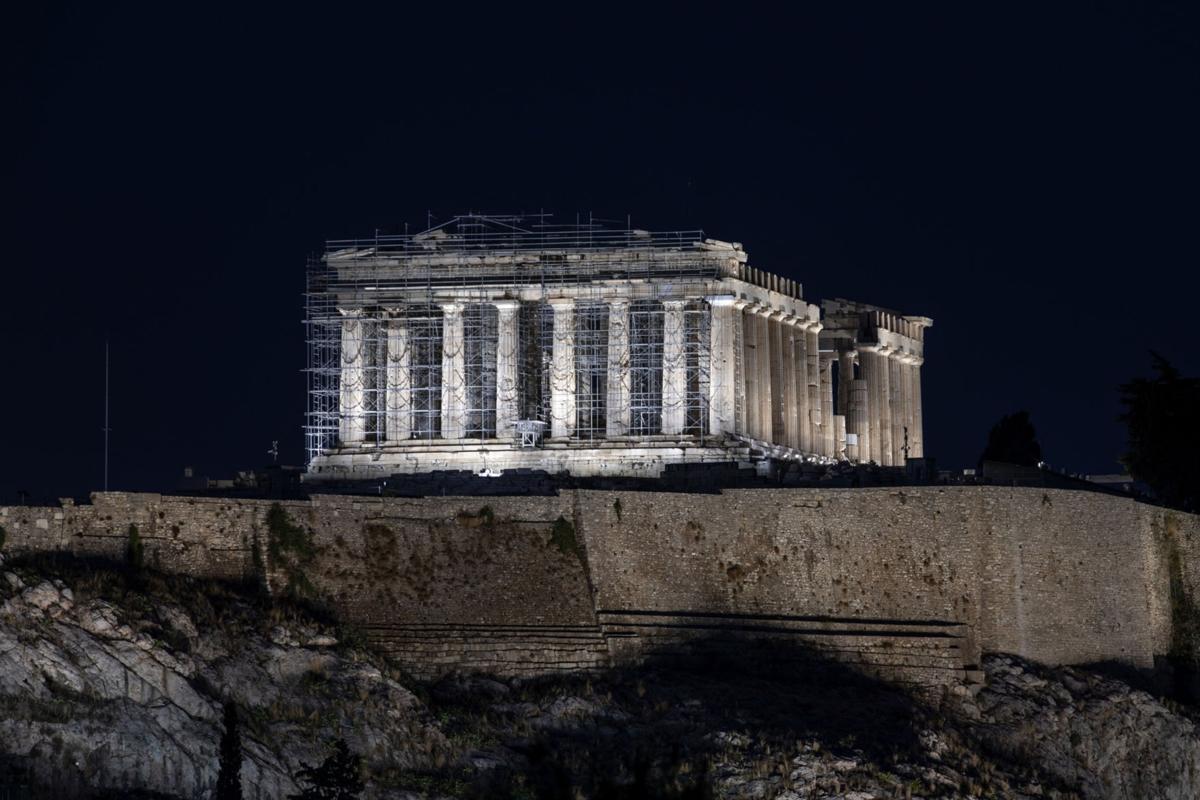 ABOVE: The temple of the Parthenon in Athens, Greece, Oct. 4. BELOW: People socialize at Camoes Square ahead of the afternoon curfew in Lisbon, Portugal, on Nov. 22. 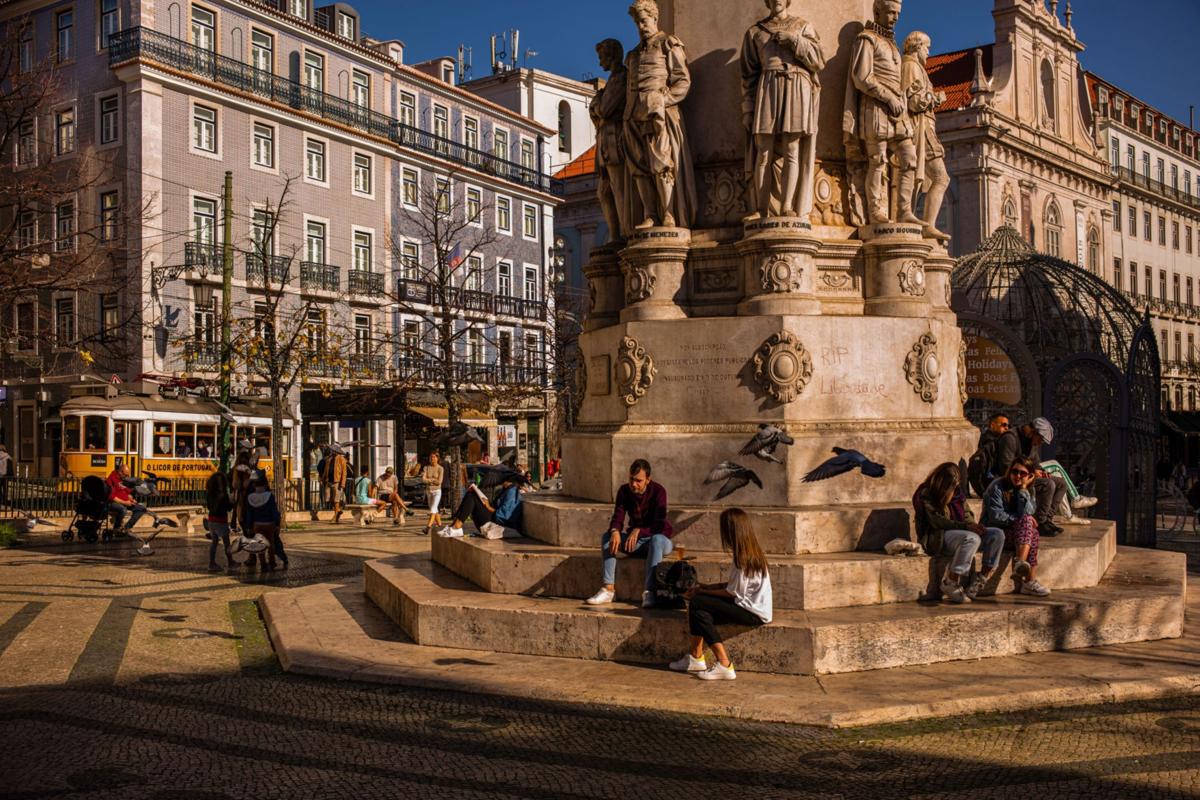 People socialize at Camoes Square ahead of the afternoon curfew in Lisbon, Portugal, on Nov. 22.

ABOVE: The temple of the Parthenon in Athens, Greece, Oct. 4. BELOW: People socialize at Camoes Square ahead of the afternoon curfew in Lisbon, Portugal, on Nov. 22.

People socialize at Camoes Square ahead of the afternoon curfew in Lisbon, Portugal, on Nov. 22.

Across Southern Europe’s tourist hotspots, all they can do is get ready and hope.

Vaccinations for the coronavirus are being rolled out, but it’s going to be months before enough shots are delivered that people can start crowding onto planes, taking cruises or hanging out in packed bars along the beach. That means businesses are largely in the dark about this year’s summer season.

The expectation is that it will be better than 2020, but that’s a low bar to hit. On the Greek island of Santorini, just three cruise ships arrived last year, compared with close to 600 in 2019. European Commission figures released on Thursday showed nonresident holiday nights in Italy, Spain and Greece fell at least 70 percent, and it warned the industry to brace for another quiet year.

“Tourism flows on the whole are not expected to fully recover to their pre-crisis levels in 2021,” the commission said.

In Italy, tourism will lag behind the broader economic recovery as visitors “only gradually return as uncertainty diminishes.”

For those in the industry, that’s already apparent less than two months into the year. Paolo Manca, who runs the Felix Hotels chain in Sardinia, says he would normally see summer reservations at 30 percent by now as people grow weary of long winter nights. Instead, he’s looking at near empty books.

It’s a difficult situation for owners, who still have maintenance and hiring costs with no guarantee of income.

“We need to be ready without knowing if we can open,” said Manolis Karamolegos, who owns Meltemi Hotels and Resorts in Santorini and is president of the local hoteliers association. “We can’t leave preparations to the last minute.”

Tourism is crucial for many places along Southern Europe. It accounts for 21 percent of the economy in Greece, and 17 percent in Portugal. It’s often the main employer in regions where other industries are absent, providing crucial income for families and support for local economies.

The outlook will improve as vaccinations continue, with pent-up demand leading to more spontaneous holiday bookings. But the emergence of vaccine-resistant strains across the continent could scupper that.

Even if there’s a surge in last-minute bookings, the benefits won’t be felt evenly. The European Commission says they will favor destinations at home or within driving distance over places like Greece and Portugal.

Meanwhile, as the European Union’s inoculation campaign progresses slowly — and controversially — governments are looking at any opportunity to help tourism.

Greece wants the European Union to create a certificate so those who are inoculated can travel freely. It’s already made an agreement with Israel, which is the world leader in vaccinations, according to the Bloomberg Vaccine Tracker.

TUI, the world’s biggest tour operator, said this week it’s sticking with plans to offer four-fifths of its usual holiday program this summer. It’s betting that the rapid pace of the U.K. vaccine rollout will boost demand from British sunseekers.

But its enthusiasm isn’t shared by the U.K. government. Transport Secretary Grant Shapps advised Britons this week against booking vacations given the uncertainty.

“I simply don’t know the answer to the question of where we’ll be up to this summer,” he said. “The best advice is do nothing at this stage.”

Some hotels in Southern Europe are seeing stronger domestic demand, which will offset some but not all of the hit to revenue. In Portugal, Pestana Hotel Group Chief Executive Officer Jose Theotonio said rooms in his January sales were snapped up by locals, as ongoing fear of travel bans and quarantines deterred foreign visitors.

While vaccines should bring to an end such harsh measures, it’s still very unclear when. And governments have often been haphazardly introducing restrictions, keeping businesses, and their potential customers, on edge.

“We need precise indications from the government, in terms of safety guidelines, protocols, in order to plan ahead,” said hotelier Manca, who is also head of hoteliers association Federalberghi Sardegna. “For tourism, lack of clarity is as damaging as COVID itself.”

Copyright 2021 The Associated Press. All rights reserved. This material may not be published, broadcast, rewritten or redistributed without permission.