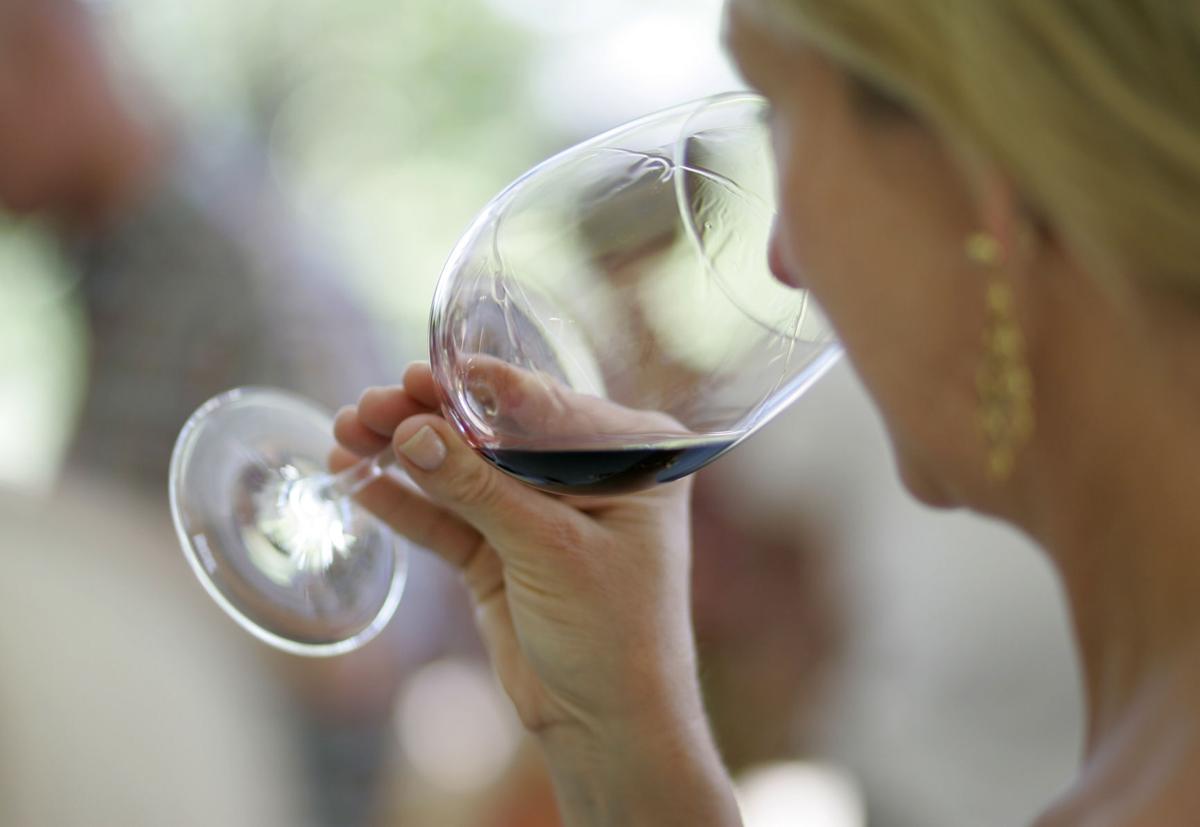 A woman evaluates the aroma of a wine in California. On Friday, National Institutes of Health Director Dr. Francis Collins announced the NIH is shutting down a study that was supposed to show if a single drink a day could prevent heart attacks, citing ethical problems that would undermine the credibility of its findings. 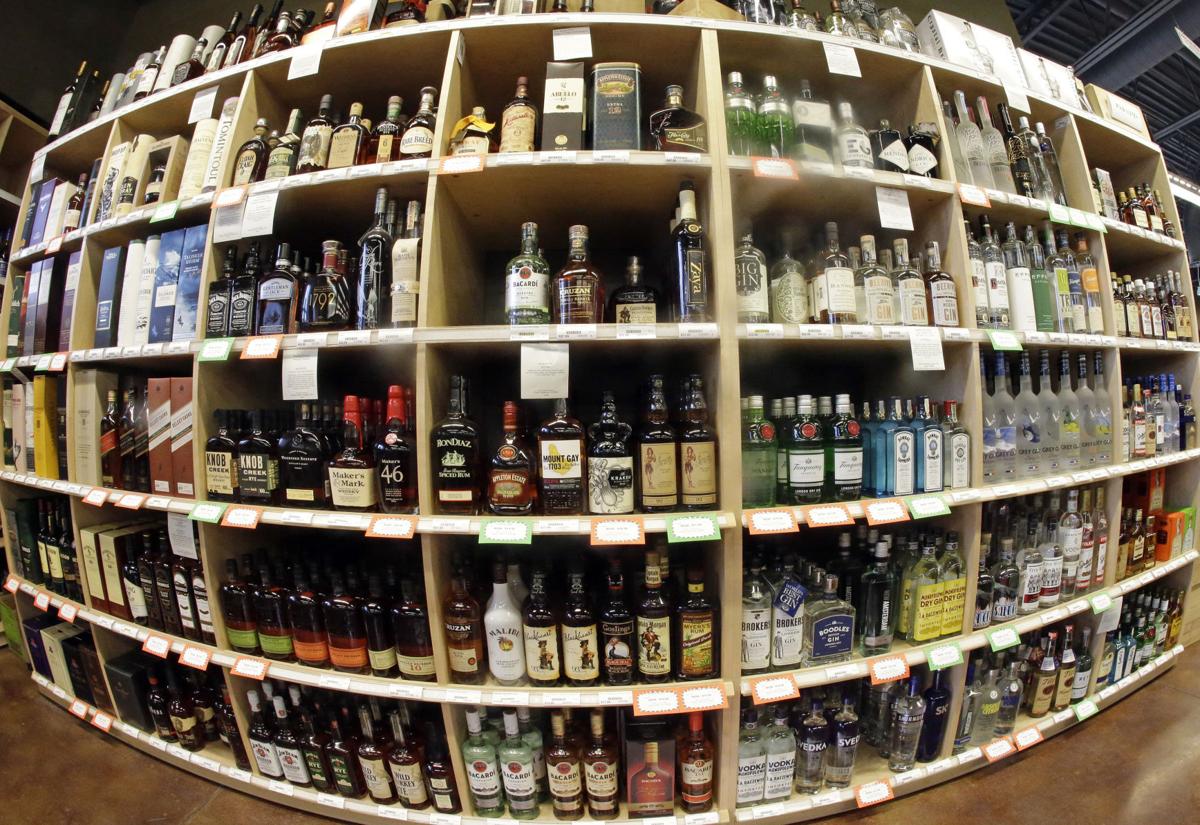 Bottles of alcohol during a tour of a state liquor store on June 16, 2016, in Salt Lake City.

A woman evaluates the aroma of a wine in California. On Friday, National Institutes of Health Director Dr. Francis Collins announced the NIH is shutting down a study that was supposed to show if a single drink a day could prevent heart attacks, citing ethical problems that would undermine the credibility of its findings.

Bottles of alcohol during a tour of a state liquor store on June 16, 2016, in Salt Lake City.

ANNAPOLIS, Md. — Maryland lawmakers and health care advocates proposed increasing the state’s alcohol tax on Wednesday to generate millions of dollars to address health disparities, which have been highlighted by the coronavirus pandemic.

“The COVID pandemic has made it even more clear that certain communities, especially communities of color, do not have the health care resources they need, which leads to disturbing health disparities,” said Sen. Antonio Hayes, a Baltimore Democrat who is sponsoring the measure in the state Senate.

Under the proposal, areas with health disparities would be able to compete for grants and tax incentives. They would be called Health Equity Resource Communities.

“We know there’s a desperate need,” said Del. Erek Barron, a Prince George’s County Democrat. “We’ve heard it ad nauseam. The disparities in our health care system — racial, ethnic, rural — they’re more stark than ever in the midst of this pandemic.”

Prince George’s County, Maryland’s second most populous county in the suburbs of the nation’s capital, has been especially hard hit by the coronavirus. The majority-black county has had more than 28,000 confirmed cases — the highest number in a Maryland county. The virus has caused at least 791 deaths in the county.

But opponents contend the tax increase will hurt small businesses during tough times caused by the pandemic.

“Many of these businesses are hanging on by a thread, making enough to cover bills if they’re lucky,” said Del. Nic Kipke, an Anne Arundel County Republican who is the House minority leader. “This type of tax increase could be the final straw that puts many out of business.”

Supporters say the increase would raise an estimated $14 million a year in its first two years and $22 million annually each year after. The measure, which would go before lawmakers in their next legislative session now scheduled to begin in January, would delay the tax increase for bars and restaurants for two years due to the pandemic.

The initiative would be modeled after a previous program in Maryland that was in place from 2012 to 2016, known as the Health Enterprise Zones Program, which ended after five years.

Destiny-Simone Ramjohn, vice president of community health and social impact for CareFirst BlueCross BlueShield, said the proposal could not have come at a more prescient time.

“With the twin pandemics of structural racism and COVID-19, we must implement solutions that increase access to high quality and ultimately reduce racial, ethnic and disability-related — along with geographic — health inequities,” she said.

In general, I am very skeptic of any new taxes where the end result is "for the kids" or "for the fill in the blank". Admit it, Annapolis, you collect the money and drop it wherever you want to. Did the 2 Stadiums proceeds roll into the schools? Or the Lottery, or the Casinos, or the soon to be Sports betting?

Can't we find other funding for PG County and other places affected across the State? And what was the outcome of the previous 5 year plan mentioned and what funds were used for that?

I'm skeptical aout how they define the gap and how they account for all of the factors including self inflicted gaps. As long as they only raise the tax on alcohol, I won't be affected.

This hits the poor and middle class the most. Then again, most tax policies from Democrats always do.

I already go out of state when I want to buy anything good. MD's tax is already stupid. Give it a rest already. It's cheaper to order online from out of state than pay the idiotic taxes here on almost anything. Good way to shove business out of state.....already going to get out of Dodge once eligible...and if since Pandemicland is a reality that telework can be a permanent thing. If so...poof...gone.

And don't forget you can't have wine shipped into the State or dare drive across the Rt 15 from VA with more than (I think) 2 cartons of cigarettes.