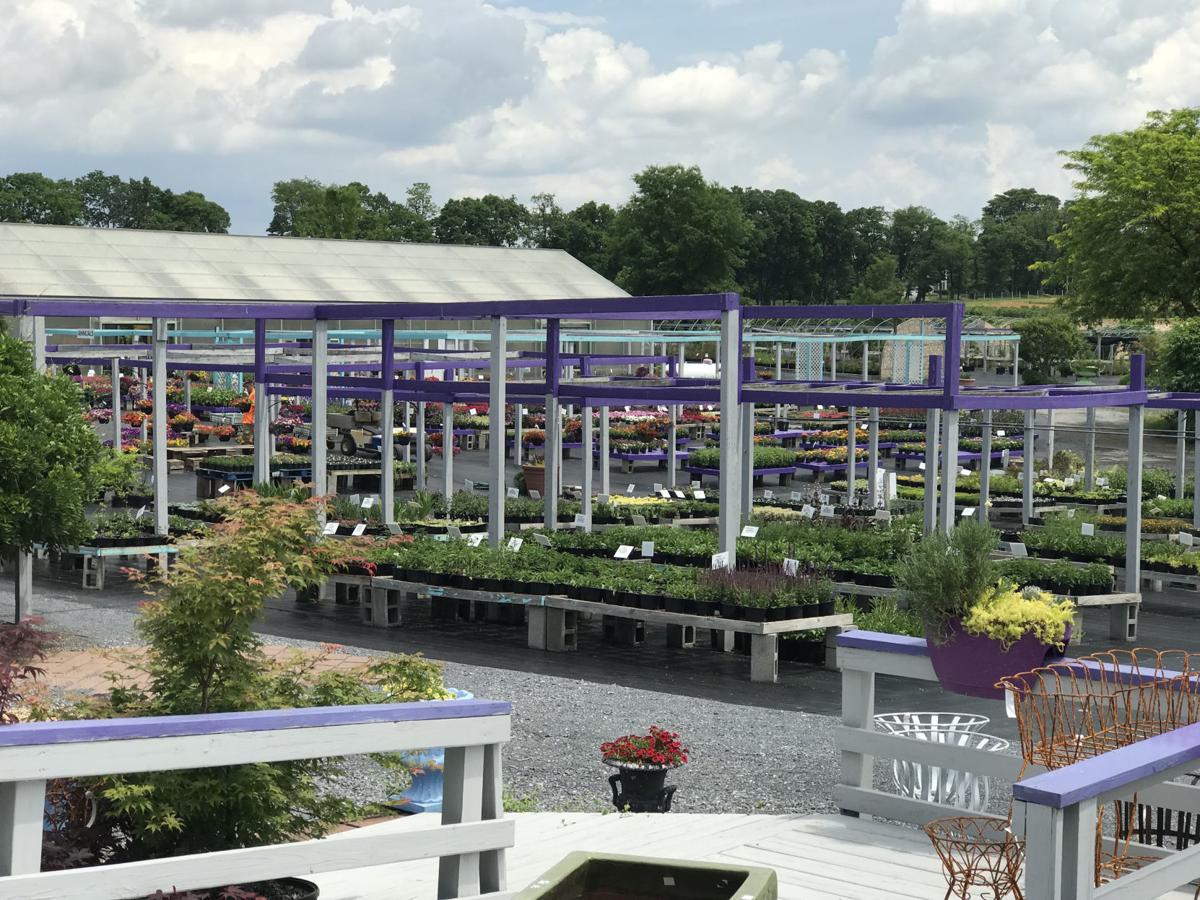 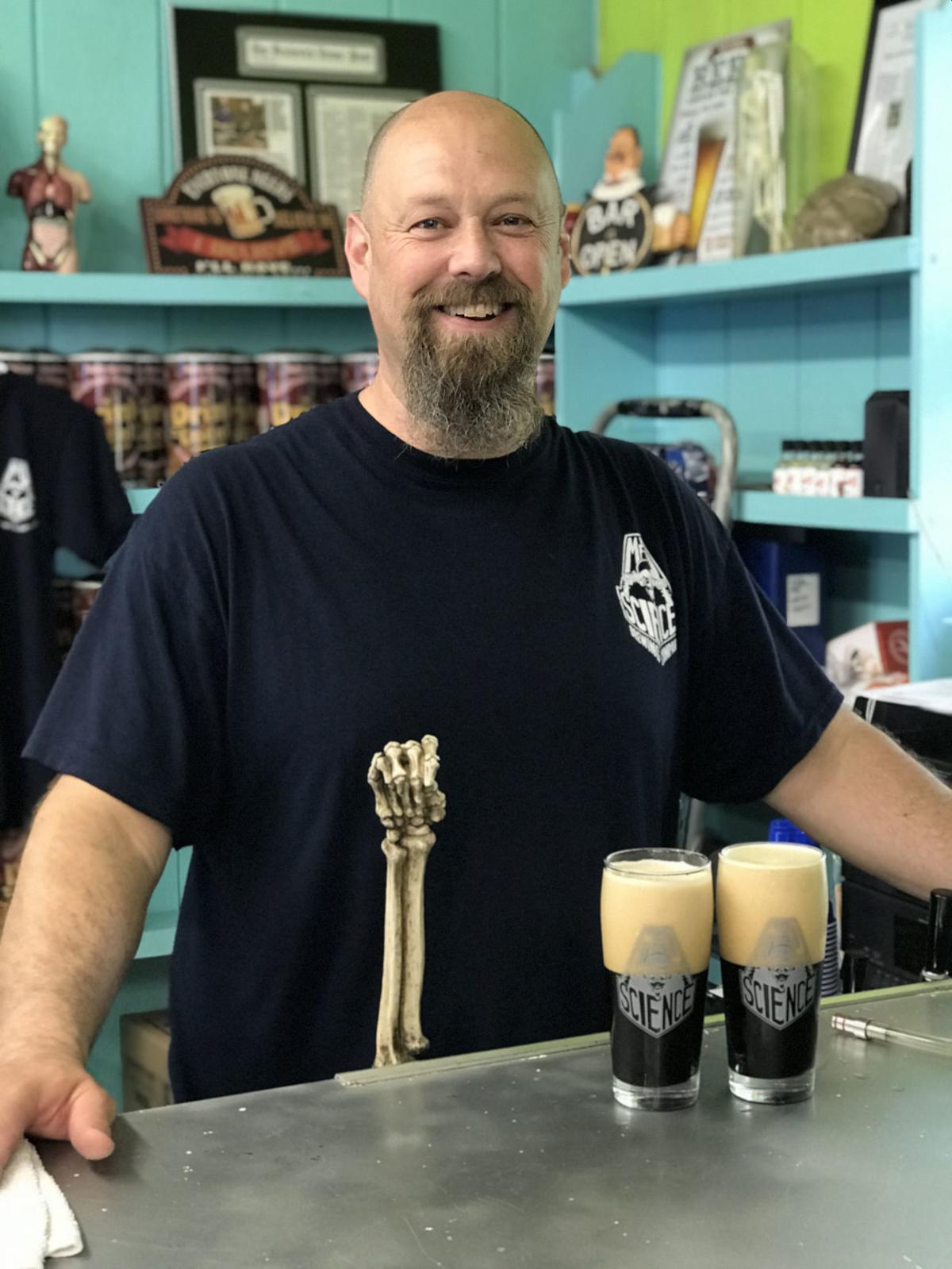 Brian Roberts, the scientist and brewer behind Mad Science Brewing Company, waits for creamy, Guinness-like heads to settle on his nitrogen-infused "Nitro Plague." 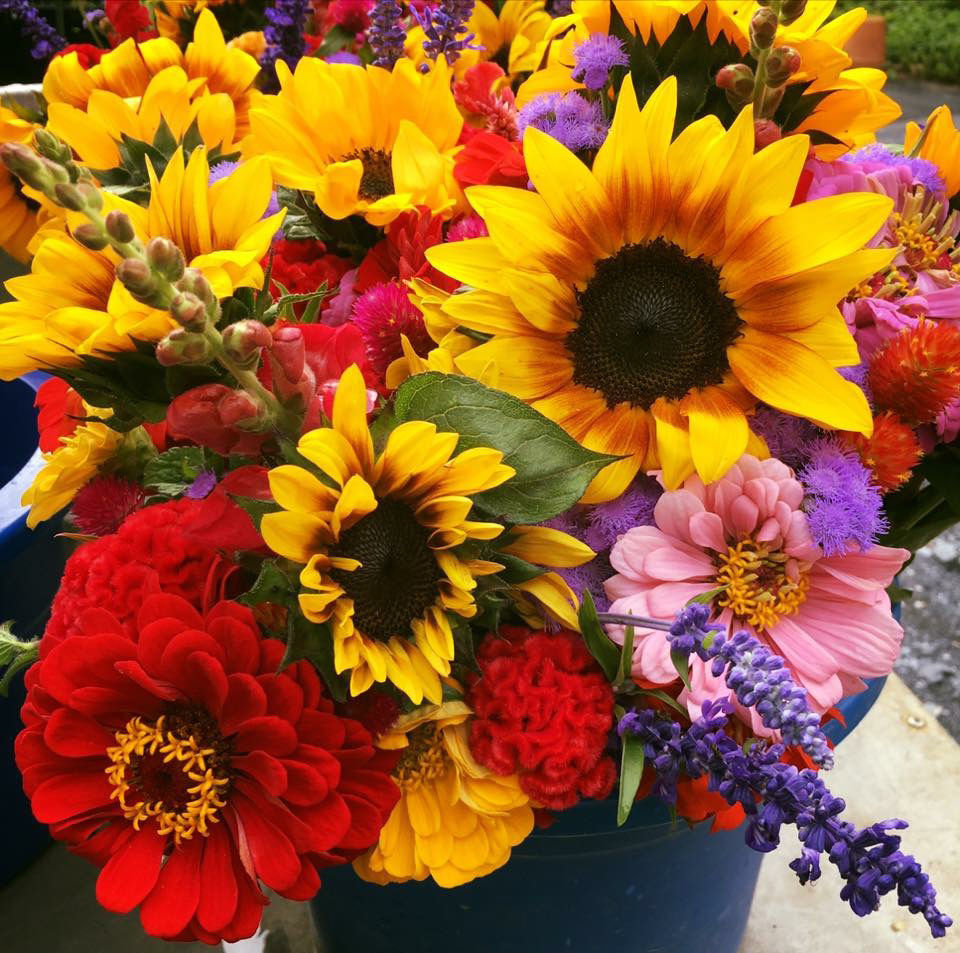 Brian Roberts, the scientist and brewer behind Mad Science Brewing Company, waits for creamy, Guinness-like heads to settle on his nitrogen-infused "Nitro Plague."

Shopping for plants is good. Shopping for heirloom vegetables is even better. But when you combine those plants and veggies with a handcrafted beer, then add a band, a food truck and a lot of loungeable patio furniture on a weekend in the summer, you have the makings of heaven on Earth. That’s the vibe at Thanksgiving Farms, one of Frederick’s most beloved nurseries, and now home to Mad Science Brewing Company, Maryland’s very first CSB (community-supported brewery).

Thanksgiving Farms was born in 1980 when Timothea Zimmermann received one of the first business loans for women in Frederick County and was able to purchase a 57-acre farm just south of Frederick off Buckeystown Pike in Adamstown. She was so thankful for the opportunity to realize her dream that she named the farm accordingly, and from her youngest child to the eldest (there were eight), the family worked a seven-day-a-week schedule to bring fresh, beautiful vegetables to farmers markets in Baltimore and Washington, D.C.

In the 1990s, the farm began selling ornamental and landscape plants. But as time elapsed, Zimmermann’s love of the beautiful and unusual — and her background in horticulture — began to manifest itself in the uncommon varieties of perennials, annuals and shrubs that Thanksgiving Farm grew and offered each season.

They began to develop a reputation for both quality and quantity, and became the secret weapon of many D.C. and Baltimore designers who would willingly make the hour-plus drive just to see what they were carrying — and then buy most of it.

Howard Robinson is one of those designers. He’s been traveling to Adamstown from Manassas for about 10 years now and he is grateful to have Thanksgiving Farms in his back pocket for hard-to-please clients.

“Louisa almost always has what I need,” Robinson said, referring to Louisa Zimmermann-Roberts, daughter of Timothea, and head of propagation and marketing for the farm. “If she doesn’t, she’s always got ideas for substitutions and combinations. I love coming here.”

He’s certainly not the only one. Louisa maintains the farm’s Facebook page, and each day, she shares photos and videos to their thousands of customers and followers. Never content to sell “what everyone else has,” three years ago, she made it her mission to carry one of the most comprehensive selections of succulents in the area — and if you’re looking for miniature plants to populate that new fairy garden you’re thinking about, Louisa’s got them for you.

Inside their garden center and marketplace, Louisa’s sister Darby can show you where to find the miniature furniture to go with those plants — as well as a host of other garden tools, furniture and merchandise to give your garden a bit of whimsy.

Darby also manages the farm’s extremely popular community-supported agriculture program, where customers buy seasonal shares and take home overflowing boxes of the freshest of fruits and vegetables each week. This year, they began selling shares for cut-flower bouquets. Each beautiful bunch, which is hand-picked and arranged by Louisa, reflects her flair for color and texture and her instinctual feel for design. The bouquets have been unbelievably popular.

So, vegetables, plants, merchandise, flowers, all things garden ... what else could this paradise possibly need? Well, that’s where Brian Roberts and Mad Science Brewing Company come into the picture.

A mild-mannered life scientist by day and incredibly talented brewer by night (with a beard to prove it), Roberts came to the farm for seasonal work in 1995 and married Louisa four years later. In addition to raising three kids, renovating their old home and garden and traveling a fair amount for work, Roberts had a hobby, and he was seriously good at it.

From clean, refreshing lagers to deep, complex porters and stouts, he developed his own recipes, slapped a clever name on them to reflect his day job, and shared most of them with lucky friends. Then, in 2012, the Farm Brewery Manufacturer’s License Bill 579 passed in Maryland.

He’d already been advocating for the opportunity — knowing that the farm and its customers could benefit from a brewery that not only allowed customers to shop for plants and veggies on weekends with an ice-cold lager in hand, but also one that sold shares to members who wanted to bring a growler home and enjoy it during the work week — perhaps with their lucky friends.

Thanksgiving Farms has always been busy, but with the addition of the brewery, weekends are now filled with couples and families, young and old, enjoying a bit of recreational therapy. Kids can play in a fenced-off area directly behind the brewery while parents tag-team — searching for that landscaping must-have in a sea of colorful pots.

On some weekends, specialty food trucks make the experience even better, serving everything from gourmet grilled cheese sandwiches (Say Cheese), to grass-fed burgers (Boxcar Burgers). And there is almost always music. If you just came into the nursery for a couple of container plants and a bag of potting soil, that music will almost certainly draw you to see what the cool kids are doing in the back of the building.

At the end of the season, the farm has a huge potluck for its CSA and CSB members. It’s a not-to-be missed event, and some say one of the best reasons to join. Fried chicken is ordered and set out on a table in the orchard where members are encouraged to bring side dishes created from their CSA bounty. Roberts brews something special for the occasion and pours generous pints into red Solo cups. Families spread blankets below apple trees and enjoy the last precious moments of summer.

It’s a family affair, but at its heart, that’s what Thanksgiving Farms is — and it’s always ready to accept another family. For the season, or just for a lazy summer day in July.

Thanksgiving Farms is open from 9 a.m. to 5 p.m. Monday through Friday and the brewery is open Saturdays and Sundays during the summer months. For a complete list of upcoming events, visit MadScienceBrewing.com or ThanksgivingFarmAndGarden.com