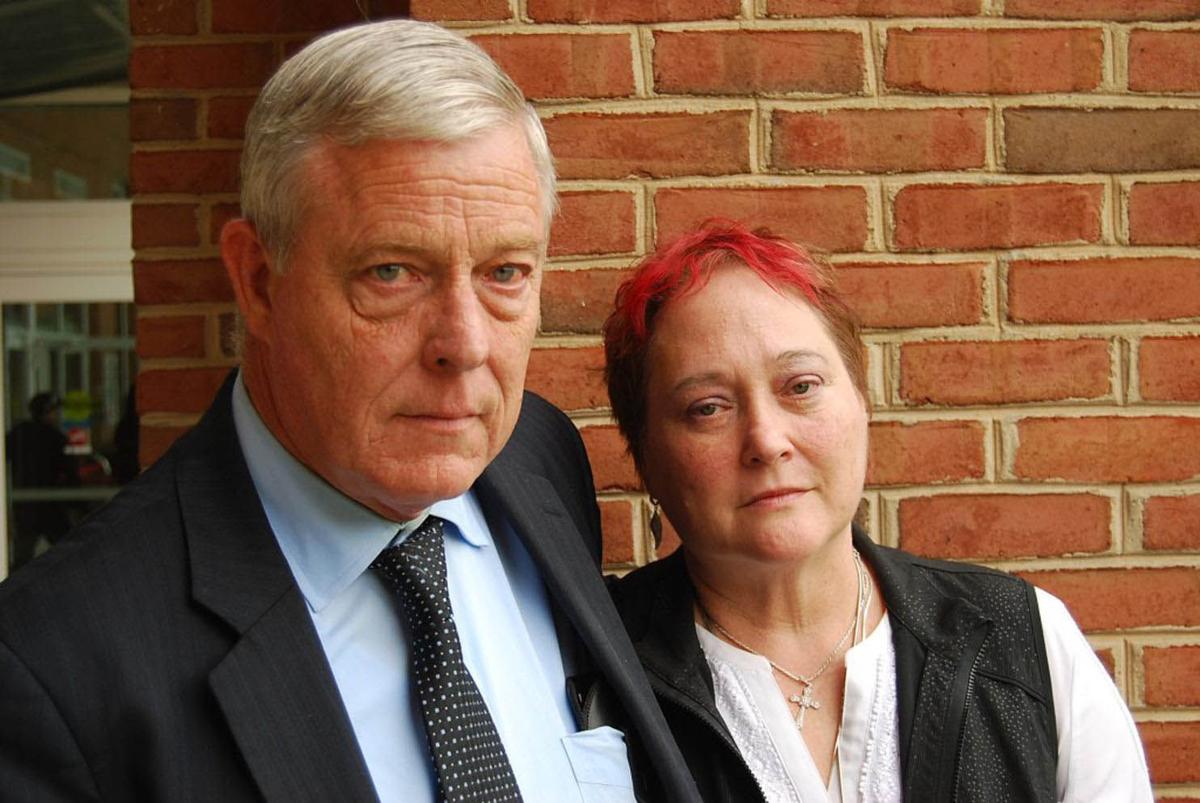 Dan and Mary Jane McCann, parents of Annie McCann, are still pressing for answers to how she died in 2008.

Annie McCann with her dog, Breezy Max, at home in the Alexandria area of Fairfax County in 2008. She was found dead in Baltimore on Nov. 2, 2008, and her parents are still trying to find out how and why it happened.

Dan and Mary Jane McCann, parents of Annie McCann, are still pressing for answers to how she died in 2008.

Annie McCann with her dog, Breezy Max, at home in the Alexandria area of Fairfax County in 2008. She was found dead in Baltimore on Nov. 2, 2008, and her parents are still trying to find out how and why it happened.

The mystery of how 16-year-old Annie McCann wound up in Baltimore and how she ingested a fatal amount of the numbing agent lidocaine has never been solved, more than nine years after her body was discovered behind a housing project dumpster. But her still-grieving parents have not relented in their search for answers, and this week took their case to Maryland Gov. Larry Hogan and asked him to order the state police to take over the case from the beleaguered Baltimore Police Department.

Dan and Mary Jane McCann have continued to press for answers as to why their daughter, a junior at West Potomac High School in Virginia, ran away from their Alexandria-area home on Halloween of 2008, taking her $1,000 cash savings, her jewelry and her family’s white Volvo. She left a note saying she had considered suicide, but instead decided simply to buy “a plane ticket far away from here ... I love life, and I’m ready to live.” Annie had not previously expressed any unhappiness, had no connection to Baltimore and was a new driver with little sense of direction, her parents said.

Two days later, she was discovered at the Perkins Homes, near Pratt Street in Baltimore, not far from Fells Point. Baltimore police said there were no obvious signs of trauma on Annie’s body. In March 2009, when the Maryland medical examiner determined that Annie had died from a toxic dose of lidocaine, found in over-the-counter pain medications such as the Bactine Annie used for her recently pierced ears, the police ruled the case a suicide and closed it.

The McCanns have long felt that the Baltimore police didn’t follow leads that involved human trafficking, including an unidentified woman seen with Annie possibly luring her to Baltimore, and the involvement of five teenagers who claimed that Annie was dead when they found her in the backseat of the Volvo. The youths claimed they dumped her body and took the car joy-riding, a claim Baltimore police have always accepted. All five teens have racked up many more arrests since November 2008.

Using a private investigator, the McCanns have continued to seek answers, learning from one convicted human trafficker that numbing agents such as Bactine are often used to subdue young women. They have also watched as problems with Baltimore police investigations and the state crime lab have unfolded, leading them to wonder if such problems tainted the investigation of Annie’s case. One of the Baltimore commanders who oversaw the cold case investigation into Annie’s death in 2013 has recently been accused of coaching a corrupt officer to cover up a suspicious shooting death, then suddenly retired. The director of the Baltimore crime lab was fired in August 2008 over problems handling DNA, about two months before Annie’s death.

“The Baltimore justice system is a cesspool,” the McCanns wrote to Hogan, “a foul carbuncle benighting the people of Baltimore and Maryland.” The parents said that “Annie’s death, her murder, has never been seriously investigated by the Baltimore Police Department — not in the initial homicide investigation, and not in the clownish cold-case investigation in 2013.” They also alleged that the state medical examiner’s office “utterly bungled Annie’s autopsy.”

The Baltimore police and the longtime lead investigator of the case, homicide Sgt. Sean Jones, declined to comment Monday. In 2016, Jones told the ABC-TV show “20/20” that he had investigated the case as a likely murder, but that the evidence led to a conclusion of suicide. In 2009, Baltimore police Maj. Terry McLarney told The Washington Post that there was no trauma on Annie’s body, so, “We know it’s not a homicide at that point.”

Hogan’s office received the letter and accompanying attachments Monday, spokeswoman Amelia Chasse said. “The governor deeply sympathizes with the McCann family and the tragedy they have experienced,” Chasse said. “He has forwarded the materials to the Maryland State Police for discussion with the new Baltimore City Police administration.”

In addition to a raft of red flags raised by the family in 2016, the McCanns presented new issues in the investigation that they said Baltimore police have declined to address. Among those issues:

The McCanns criticize both the medical examiner and the police for concluding that Annie must have drunk lidocaine from a half-full bottle of Bactine because her DNA was found on the lip of the bottle, without ever checking with Bayer to see if there was enough lidocaine in a bottle to cause death. Bayer has said it would take three full bottles of Bactine to kill a 110-pound girl.

The police were also criticized for not attempting to identify a woman seen with Annie in a Baltimore pastry shop on the morning after Halloween, who was clearly described by two shop employees and the subject of a detailed composite drawing in 2009. The police also did not pursue a Virginia man who exchanged text messages with Annie in the days before her death, and who had family ties to Baltimore, the McCanns said.

Also, an investigator for the McCanns interviewed Justin Strom, who ran what federal prosecutors called “the largest underage prostitution ring in the Washington region’s history.”

The ring recruited teenaged girls from Fairfax County high schools, including West Potomac, according to Strom, would take them to Baltimore for prostitution. Strom claimed that it was “not uncommon to force girls to drink numbing agents to make them comply,” the McCanns said. Strom is serving a 40-year federal prison sentence for sex trafficking of a child.

In addition to having the state police take over the death investigation of their daughter, the McCanns also asked Hogan to direct the state Secretary of Health to commission an independent autopsy and review the original findings, in which the manner of death was “undetermined” and cause of death was “lidocaine toxicity.”

“Governor Hogan, we are begging you,” the parents wrote, “please help us!”