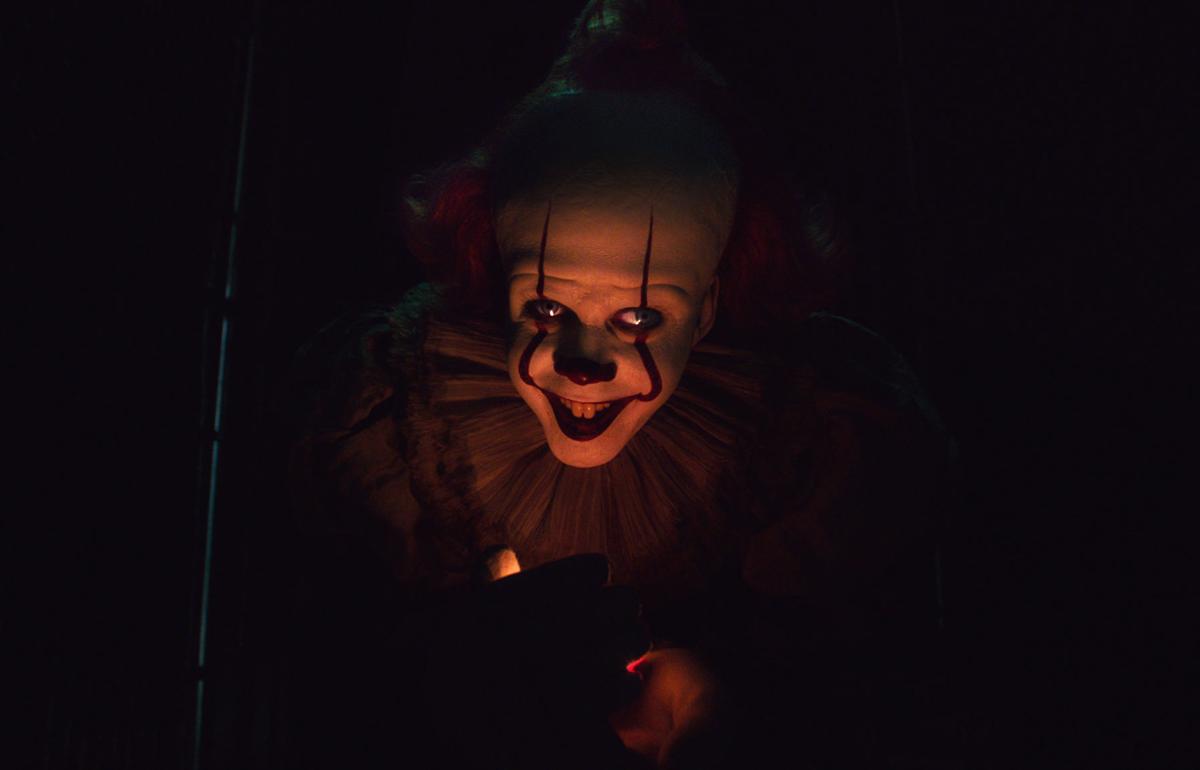 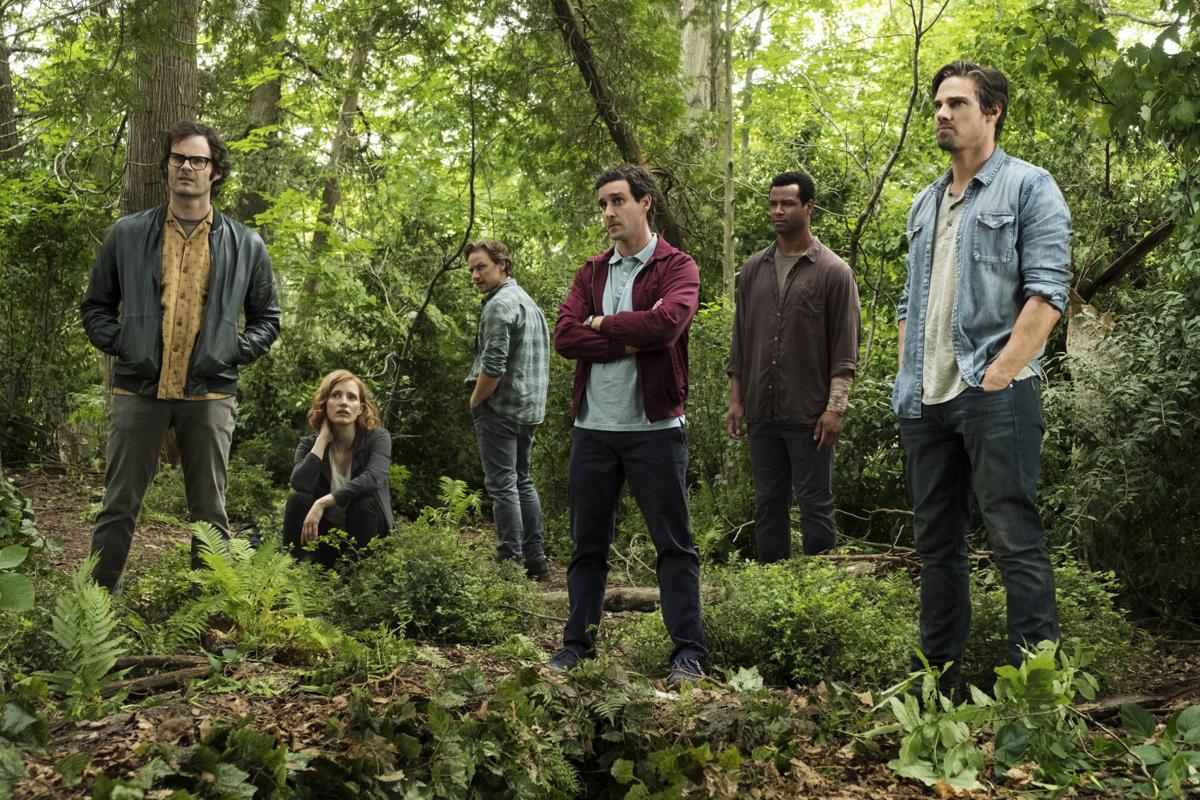 It can be a cheesy thing when a novel is split up and spread out over a handful of films, but Stephen King’s “It” is not one of those books.

Andy Muschietti’s first crack at King’s 1,100-page doorstop, 2017’s “It,” dealt with the first half: the Losers Club, a band of “Stranger Things”-like adolescent outcasts, battling the shape-shifting demon clown Pennywise (a wonderfully gangly Bill Skarsgard) in the Maine town of Derry. “It Chapter Two” takes up the book’s second half when those kids, now grown, are called back 27 years later to Derry after Pennywise returns.

That timespan gives Muscietti’s “Chapter Two” some deeper meanings to play with: how many of our darkest fears don’t change so much from childhood, how the brutalities of life bring new horrors, how fun it is to imagine Finn Wolfhard growing up to be Bill Hader.

Made with the same visual flair as the first movie by Muschietti, “It Chapter Two” is likewise a big-screen funhouse full of vivid setpiece thrills animated by each character’s fears. Some are better than others but they are consistently imaginative. In one, a giant Paul Bunyan statue turns menacing and careens through the town square.

It’s stuff like this, I think, that made “It” such a sensation and “Chapter Two” such a satisfying, if overstuffed, sequel. It has less to do with the scary clown and more to do with its maximalist nightmares. Hallucinatory but familiar visions come alive. One ill-advised peek into Pennywise’s sewer, in a scene worthy of Dali, culminates in a swarming hive of hands clawing at the interloper.

Time has done some funny things to the Losers Club. Richie Tozier (Hader) is now a stand-up comic. Bill Denbrough (James McAvoy; Jaeden Martell as a boy) is novelist whose book is being adapted into a movie. Beverly Harsh (Jessica Chastain; Sophia Lillis as a girl), having been abused as a child by her father, has fallen into an abusive marriage. Eddie Kaspbrak (James Ransone; Jack Dylan Grazer as a kid) is a successful New York businessman. Ben Hanscom (Jay Ryan; Jeremy Ray Taylor as a boy), overweight as a youngster, has somehow hit the jackpot. He’s thin, handsome and an architect.

Once Pennywise is again on the loose and red balloons start ominously floating through Derry, each receives a phone call from Mike Hanlon (Isaiah Mustafa; Chosen Jacobs as a kid), the lone Losers Club member to remain in their Maine hometown. They return to fulfill a blood oath sworn as kids to come back to defeat Pennywise again, if he ever reappears. But traveling away from Derry has somehow made their memories foggy, and they come back with only a faint idea of why they’re back.

Just as the first “It” was a coming-of-age tale, “Chapter Two” is a homecoming. It’s a reunion movie, just with some dead kids here and there. Part of the appeal of both films is in how they balance dark and light. “Chapter Two,” especially, is funny thanks in large part to Hader (who slides in a Jabba the Hutt impression) and Ransone, the likably frenetic actor who played Iggy in the second season of “The Wire.”

“It” also tips the other way, and as clever as some of the movie’s nightmare scenarios are, a handful derive cheap scares out of terrible fates befalling children in scenes drawn out for suspense. It’s an easy route to getting an audience’s adrenaline up, and a dubious method of moviemaking. Hitchcock did it once and later called it “a grave error.” There is less evidence of contemplation behind the violence in Muscietti’s film.

But the “It” movies— a kind of pop-horror with ghastly scenes you can eat popcorn to — have a way of dealing both seriously and blithely with such terrors. Our fears are both terrifying and ridiculous in “It.” They’re rendered impotent only by our own insistence of their powerlessness.

The group dynamics of the (very good) cast propel the film as each Losers Club member faces down his or her personal demons. (Chastain especially gives the material a lift.) Taking each storyline at a time, all accompanied by flashbacks, gives each character some depth, even as the crowded film — at nearly three-hours long — verges on turning into a clown car.

That sheer much-ness is in the spirit of King’s massive book. “Chapter Two” is, for better or worse, a horror carnival.

”It: Chapter Two,” a Warner Bros. release, is rated R by the Motion Picture Association of America for disturbing violent content and bloody images throughout, pervasive language, and some crude sexual material. Running time: 169 minutes. Two and a half stars out of four.

Copyright 2019 The Associated Press. All rights reserved. This material may not be published, broadcast, rewritten or redistributed.