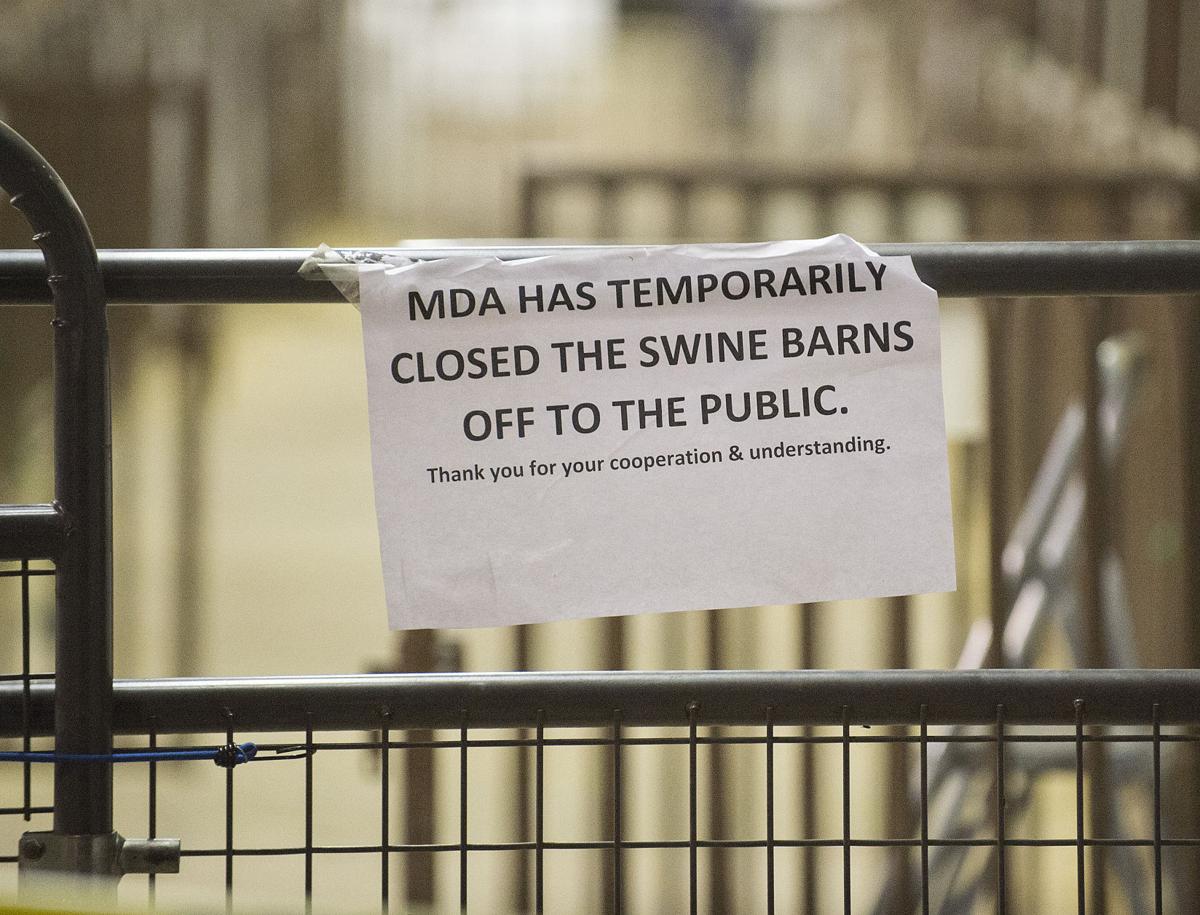 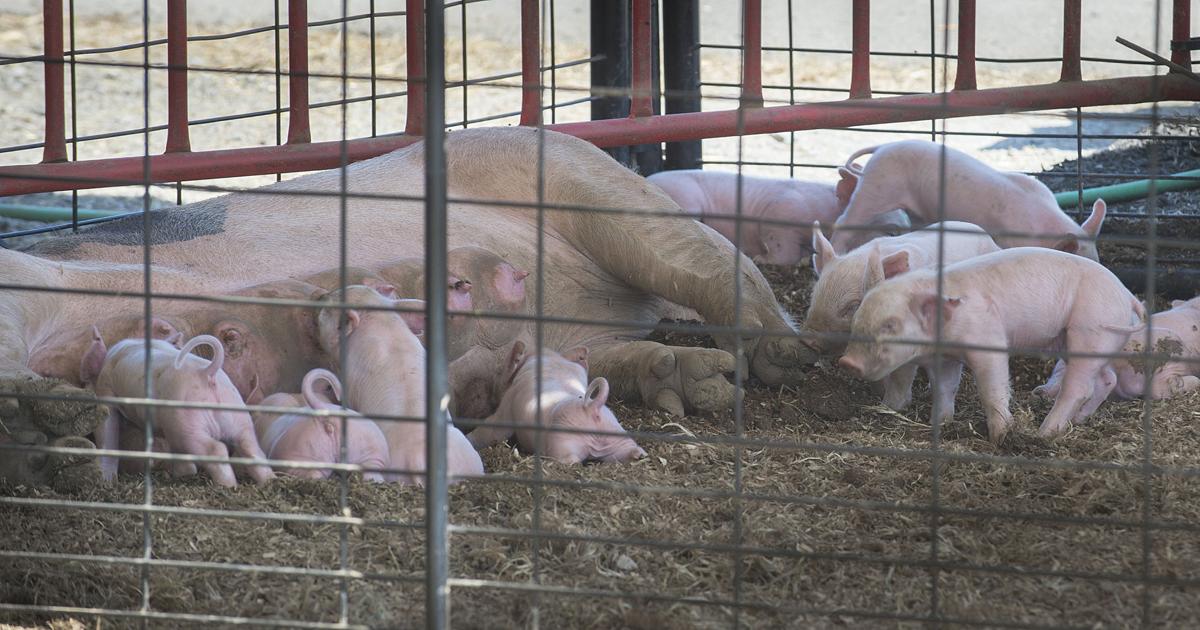 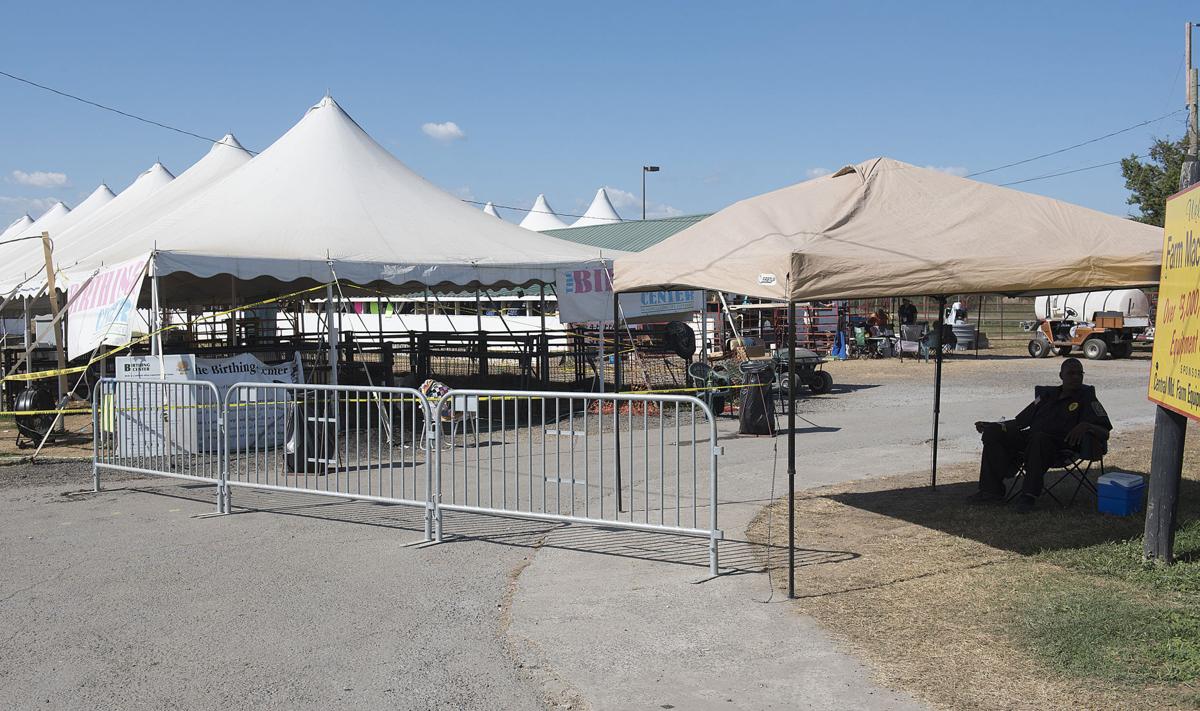 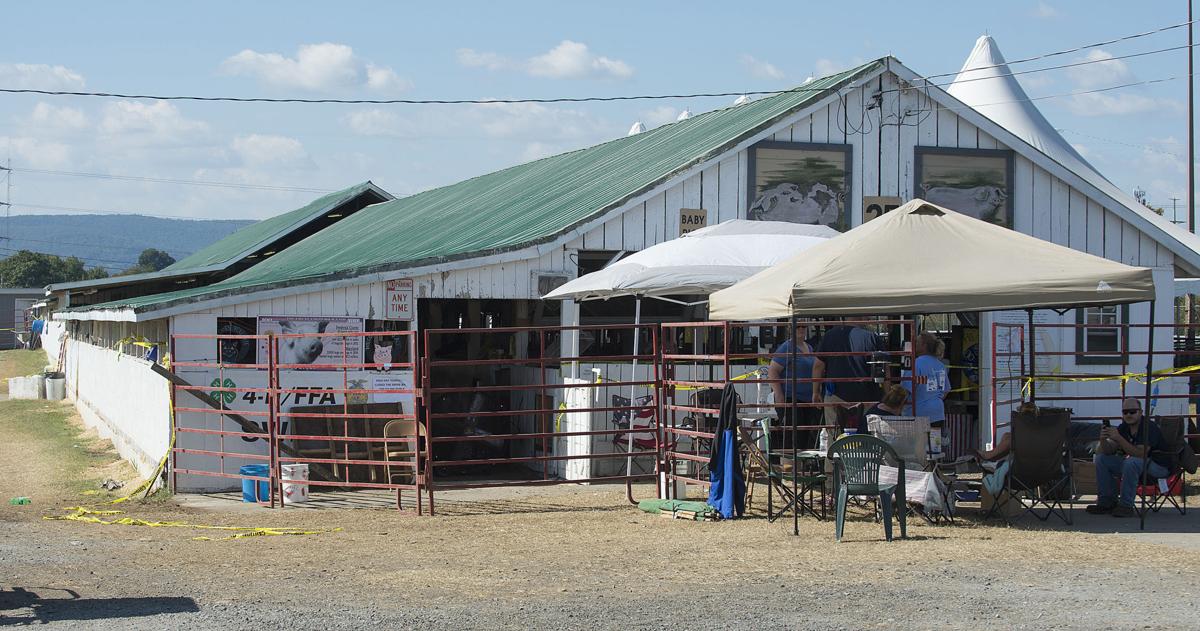 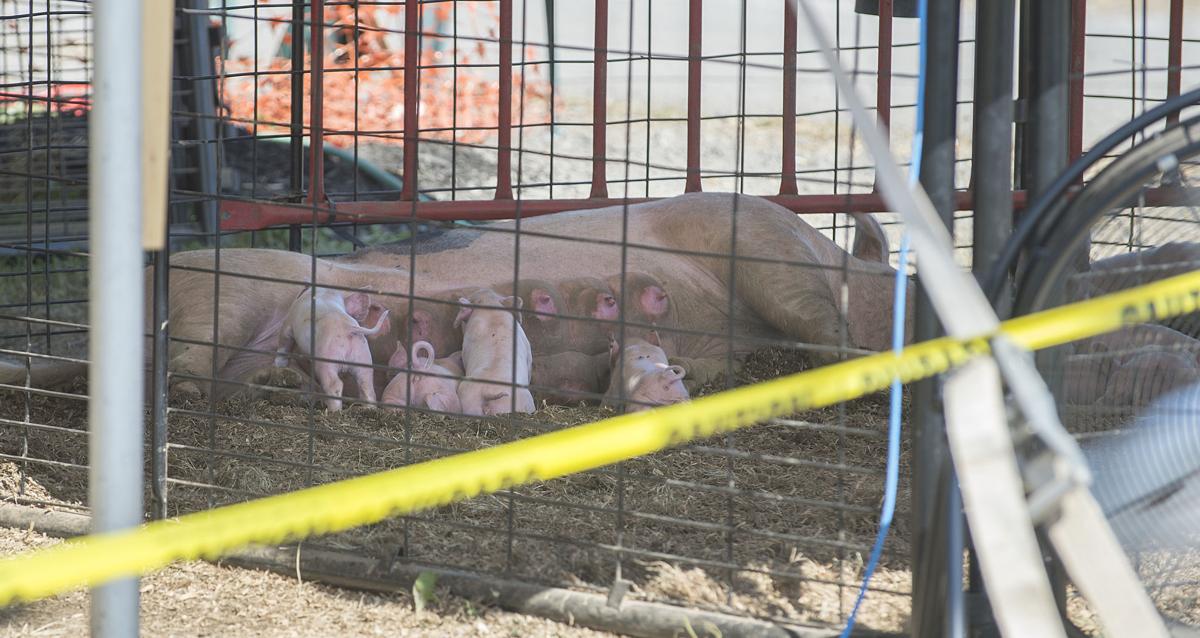 A precautionary shutdown of the swine barns at The Great Frederick Fair Saturday due to pigs showing symptoms of illness proved to be justified Sunday after state lab results showed 11 pigs tested positive for swine flu.

State Veterinarian Michael Radebaugh said Sunday that results from the state lab in Salisbury came back showing all 11 fair pigs that were swabbed tested positive for an unknown strain of Type A influenza. He added that the body of a market hog that died from unknown causes at the fair Saturday afternoon is also set for testing Monday at the animal diagnostics lab in Frederick to determine the cause of death.

All 289 of the pigs that remained at the fair Saturday have been quarantined and will remain isolated until medical officials are sure they are healthy.

Radebaugh said Sunday evening that no more pigs had died and that logs from those monitoring the pens showed no temperature over 103 degrees.

“That’s a good sign,” Radebaugh said. “There are no signs of upper respiratory symptoms in the pigs and they are certainly not temperatures like they had yesterday.”

On Saturday, one of the sick pigs had a 106-degree fever, prompting a shutdown of the exhibits to the public and the addition of new sanitary equipment.

Officials with the Animal Health section of the Maryland Department of Agriculture closed the barn within an hour of learning about the sick hog Saturday. Exhibitors and fair officials were still allowed in to see their hogs, but the public was kept out. Caution tape cordoning off the barns and the birthing center where a gilt and her piglets had been on display all week was still up Sunday afternoon.

Adding to the reason for the shutdown, members of the fair board reportedly received word Saturday that a sick child had been sent to Frederick Memorial Hospital with flu-like symptoms. Nancy Keller, a member of the fair’s board of directors and livestock chairwoman, said the parents said the child had been at the fair and around pigs. She determined they were part of the visiting public as she did not recognize the name as one of the exhibitors. Keller had not heard any news Sunday about the child’s condition, which she considered a positive sign.

“No news is good news in this case,” she said.

Christopher Garrett, the communications director for the Maryland Health Department, said in an email Sunday that he did not have any information to share about a patient from the fair.

Keller added that fair officials did not receive any other reports of sickness from fairgoers.

Radebaugh said anyone who was around the pigs at the fair should pay attention to their health over the next few days and see a doctor if they experience any typical flu-like symptoms. However, he said it is unlikely a serious illness will result.

“I would always worry,” he said of anyone who was around the pigs. “But if you look back in history, there have been very, very few human deaths from this particular swine influenza … usually the flu in humans runs its course in a few days. It’s not a mortality issue.”

The virus is generally not a death sentence for the pigs, either. Signs of influenza in the animals include coughing, high fever, not eating and mouth breathing, among other typical flu-like symptoms. The symptoms are short-lived, though, and the pigs usually make full recoveries, Radebaugh said.

“Fortunately it’s a short-acting virus as far as clinical signs,” he explained. “There is a very low mortality rate, about 1 to 3 percent, and maybe 20 to 25 percent that show clinical signs.”

While Radebaugh said medical professionals will know more once they learn what strain of the virus the pigs have, he was confident Sunday that the quarantined animals would be all right.

“We are already seeing some good improvement with just supportive care,” Radebaugh said. “We’ll continue watching and monitoring the pigs. Hopefully they’ll be able to be released from the quarantine in about seven to 10 days. Then they will go either to slaughter and the meat will be fine or they can go home.”

Type A influenza is a flu virus capable of affecting animals. Radebaugh said officials will find out either Monday or Tuesday exactly what strain of the virus the pigs from the Frederick fair have. He said dozens of possibilities exist, the most common being H3N2v and H1N1, which are both transferable to humans.

Five hogs in Charles County tested positive for H3N2v Monday of last week, which kept fair officials on high alert for sick pigs in Frederick. As of Wednesday, none of the hogs in the local swine barn showed symptoms of illness or disease. A 4-H and FFA swine sale also went on as planned Thursday. Keller said exhibitors were given the option to take their animals home as a precaution, though, after learning about the Charles County outbreak.

“If they decided to keep their animals at home, we appreciate their opinions,” Keller said Sunday. “We are here to show the public what we do and put on best practices.”

Keller also said Sunday that swine flu was not the obvious answer when the pigs began showing symptoms of illness. She said it is also possible something else caused the deceased pig to die.

“There are multiple reasons why animals die,” she said. “There was a register yesterday of animals that got very hot in this barn.”

With temperatures reaching the upper 80s over the weekend, exhibitors and fair personnel did as much as they could to keep the barns cool and sanitary, Keller said. Multiple fans were running around the premises, and foot- and hand-washing stations were set up around the barn.

“One thing about pigs is you’ve got to keep them cool,” she said. “We are doing everything we can as far as biosecurity.”

Keeping the pigs cool is also key for recovery, Radebaugh said. The owners’ veterinarians were treating the sick pigs Sunday by keeping them as cool and hydrated as possible, which Radebaugh said is really the only treatment that can be offered.

“Because it’s a virus, an antibiotic isn’t really going to help,” he said. “Most other treatments — they just try to lower temperature … cold water and a lot of fans are probably as good as anything.”

The swine barn at The Great Frederick Fair closed Saturday after state inspectors found at least one pig with a 106-degree fever.

Authorities are pretty sure the Charles County pigs actually spread flu to people. Excellent job by all to quarantine these pigs so quickly.

They left all the barn doors and windows open, though. Excellent....

“But if you look back in history, there have been very, very few human deaths from this particular swine influenza"... Thats not true. The H1N1 form of swine flu is one of the descendants of the strain that caused the 1918 flu pandemic...

Great, I knew the GFF will kill us all one day. Well, if you got to go, at least I got my share of Turkey legs and cotton candy this year.