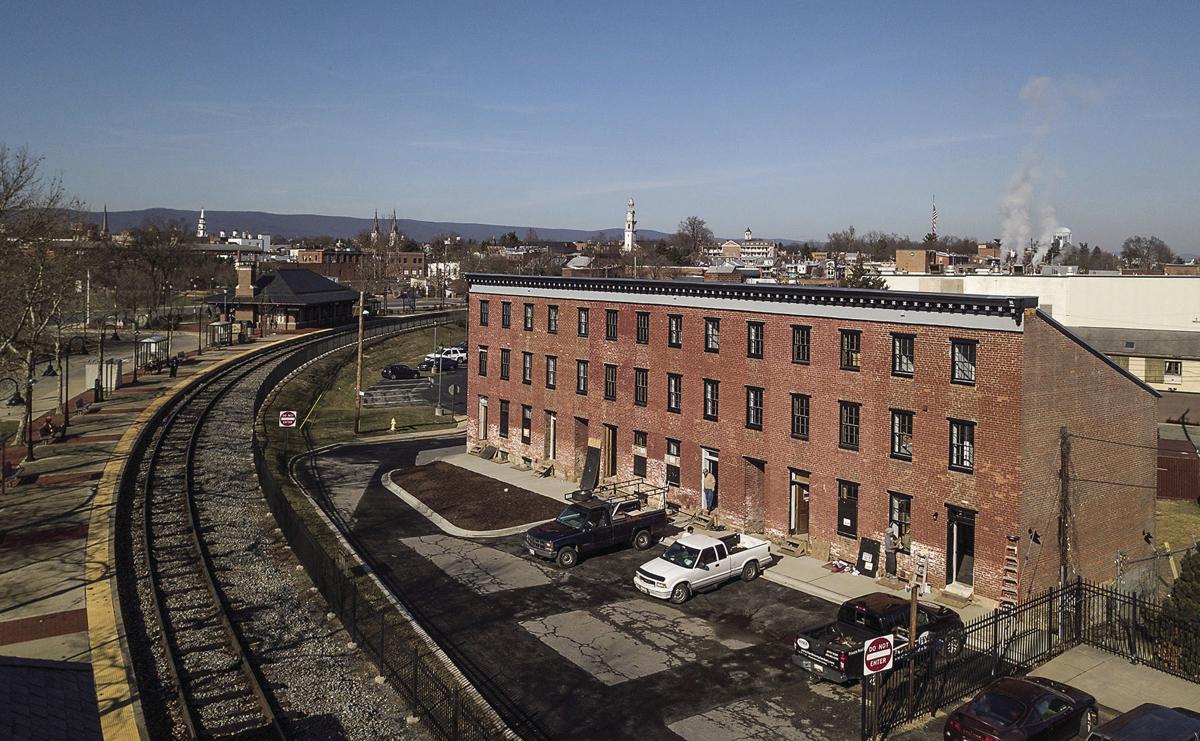 Each the row homes in the renovated Whitehill’s Row has a deeded parking space, and more parking can be available in the backyard. 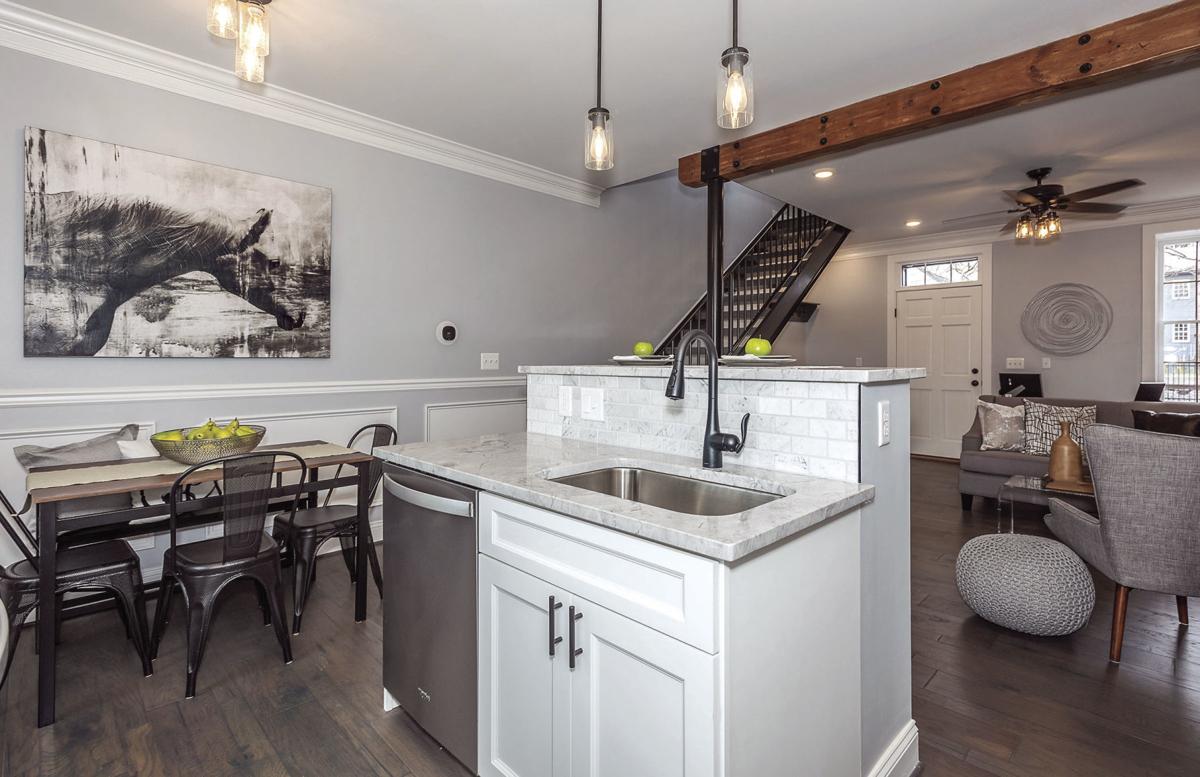 Originally built before the Civil War, the six row houses are being extensively renovated and modernized, with nods to their history, such as repurposed beams from the lower level on the main level. 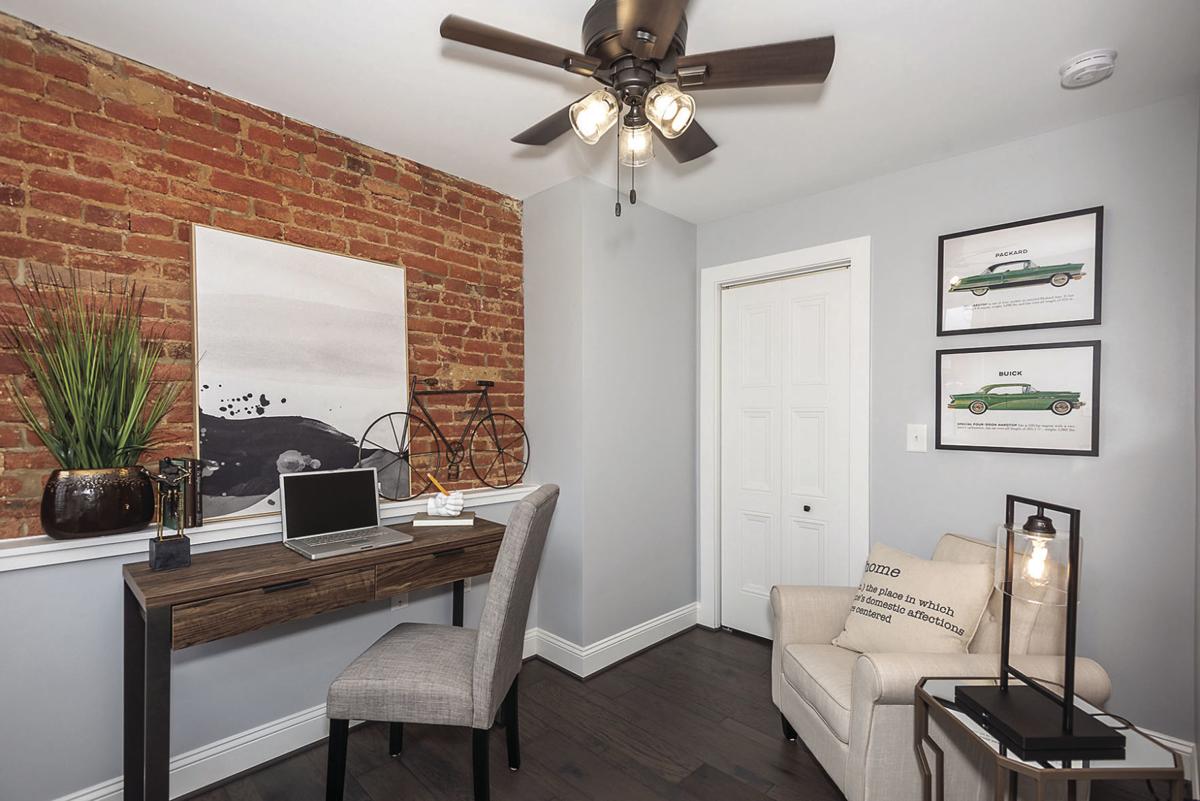 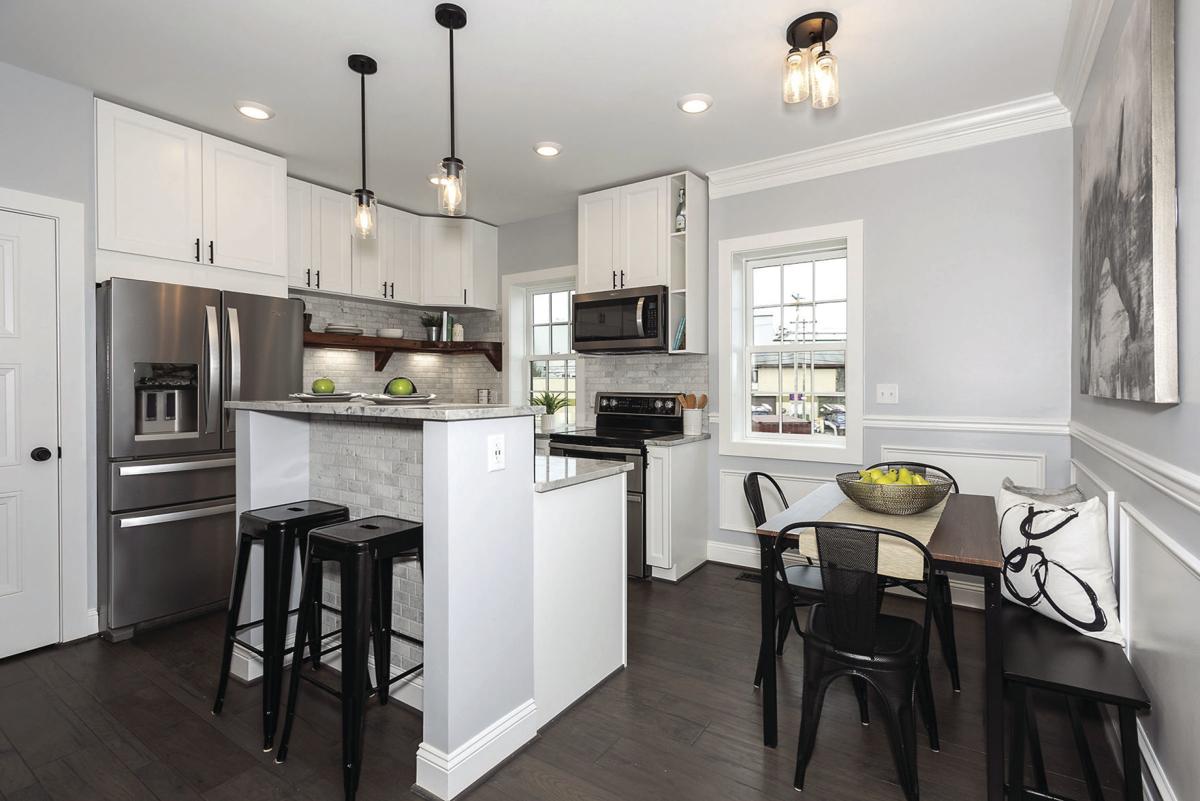 This completely renovated unit at Whitehill’s Row was done in a gray palette to complement the home’s industrial vibe. 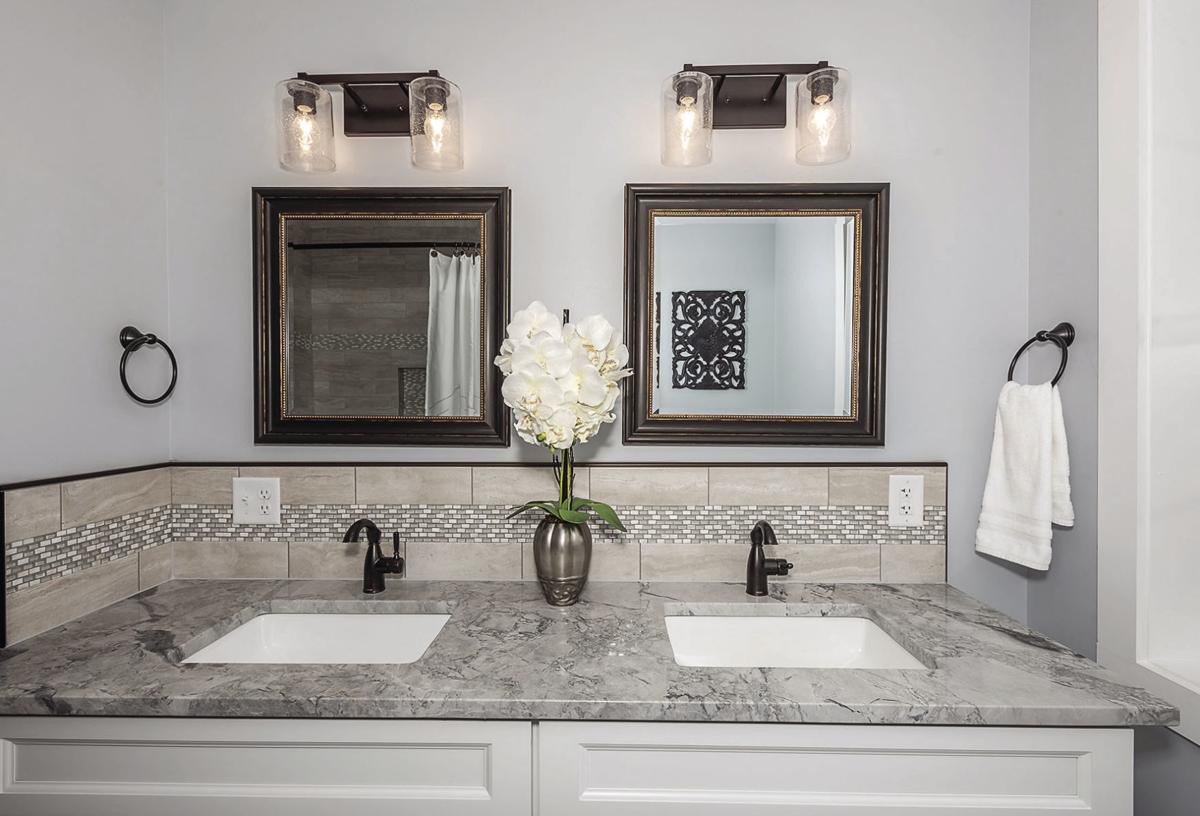 Each of the six homes has three full baths.

Each the row homes in the renovated Whitehill’s Row has a deeded parking space, and more parking can be available in the backyard.

Originally built before the Civil War, the six row houses are being extensively renovated and modernized, with nods to their history, such as repurposed beams from the lower level on the main level.

Frederick presents challenges for car-free living, not having extensive public transportation or a downtown grocery store, but some new downtown developments are making it possible for people to adopt at least a vehicle-light lifestyle.

That’s an increasingly popular choice, said Richard Griffin, economic development director for the city. He sees a growing number of residents in Frederick who try to live a car-free existence by day, but who may drive in the evening or over the weekend. Many walk to work downtown, walk to lunch or dinner and even walk to entertainment. To support that, he said, a number of downtown employers have installed bike racks, lockers and even showers in their facilities to encourage use of alternative forms of transportation.

And the newly renovated historic townhomes on Whitehill’s Row take the possibilities of vehicle-light living in Frederick to a new level, given their proximity to the MARC trains that carry commuters to Washington, D.C., every day, as well as intra-city bus lines that run to grocery stores and other shopping locations.

Whitehill’s Row is nestled in between the MARC train station and McCutcheon’s Apple Products. The row homes are only 300 feet from Carroll Creek Linear Park, which attracts residents and tourists alike with its water fountains, public art displays, summer concerts and endless photographic possibilities.

The six houses that make up Whitehill’s Row were originally built before the Civil War and are being extensively renovated. They range in size from 1,880 to 2,590 square feet, with three or four bedrooms and three full bathrooms. The units are priced in the $500,000s. One has sold, and one renovated unit is on the market. Two more units will be completed in the next couple of months; the last two are expected to be completed by fall. They are being sold by SWC Realty of Maryland.

Whitehill’s Row residents will be only a few steps from several popular craft breweries, including Attaboy, Idiom and Smoketown Brewing Station, where folks can indulge in ales, stouts and lagers without having to worry about driving home.

The creek also provides walkable pathways to nearly all that downtown has to offer, including locally owned specialty shops, award-winning restaurants and historical sites.

“You could literally live here like you would in Washington, D.C., and not have a car,” said Michael Gordon, one of the developers behind the renovation of the historic properties. “You could work in D.C. from here and not have a car. You’ve got public transportation and you can walk to anything you need. Whitehill’s Row is on the front porch of the city.”

As the developers anticipate that most prospective residents will want cars for at least weekend and evening driving, each of six renovated row homes will have a deeded parking space in front and a private driveway in the backyard that can accommodate two vehicles per home.

“You are not going to have to fight over parking spaces here,” said David Bauer, a developer working with Gordon to renovate and market the homes.

Yet for being so close to multiple amenities, it is a very peaceful area, Bauer noted. “I think that we have a prime location in a rejuvenated area of downtown Frederick that is not congested and you are not dealing with all the traffic.”

This article is sponsored and paid for by SWC Realty. It has been approved by the publisher as an article of general interest.

5 years ago those row houses were dirty and crumbling. You couldnt pay me to live in one of them, now they are selling for half a million dollars. 500k to live next to a train station where the homeless population congregates every day and about 2 blocks from a neighborhood that has shootings and drug dealing on a regular basis. People will pay the money, do no research on the area and once they move in will be complaining to the city and police that they need to clean the area up.

Ya got that right, mr. twist!

Great area to get mugged also. The ad doesn’t mention that.

This is not a newspaper article, it is a real estate ad and should be labeled as such. The byline does indicate it is from a realty company but it should be labeled "advertisement." Also, that area is not "peaceful" beginning about 4:30 AM when the MARC trains start coming in as they blow their horn at each street crossing.

Naturally, your cheap 13-gal bags don't work. But you can buy its odd sized bags at triple the cost from Bozos, too. Don't worry. Sign up for Bozo's subscription service and you can save 10%!! There, feel better knowing all that? What a great news story that was! https://www.reviewed.com/home-outdoors/features/simplehuman-dual-trash-can-review-is-it-worth-the-cost?utm_source=usat&utm_medium=referral&utm_campaign=collab

The article is indeed a paid or sponsored article. That is clearly indicated in print, but that disclaimer did not make it into the original online version. We are fixing that immediately. Our apologies.

It's fine. It is well written and informative. And it is news that these houses are now for sale, fixed up nicely after so many years of being blight. Sure it's a piece of marketing, but marketing is necessary for people to know what's out there. The Frederick News-Post has done far worse journalism for which it has never apologized. I always think of the stomach-churning puff pieces they published on Mark Gaver, who former Mayor Randy McClement appointed to the head up the disgusting, corrupt Downtown Hotel Advisory Committee now serving a long jail term after his convictions for fraud and money laundering.