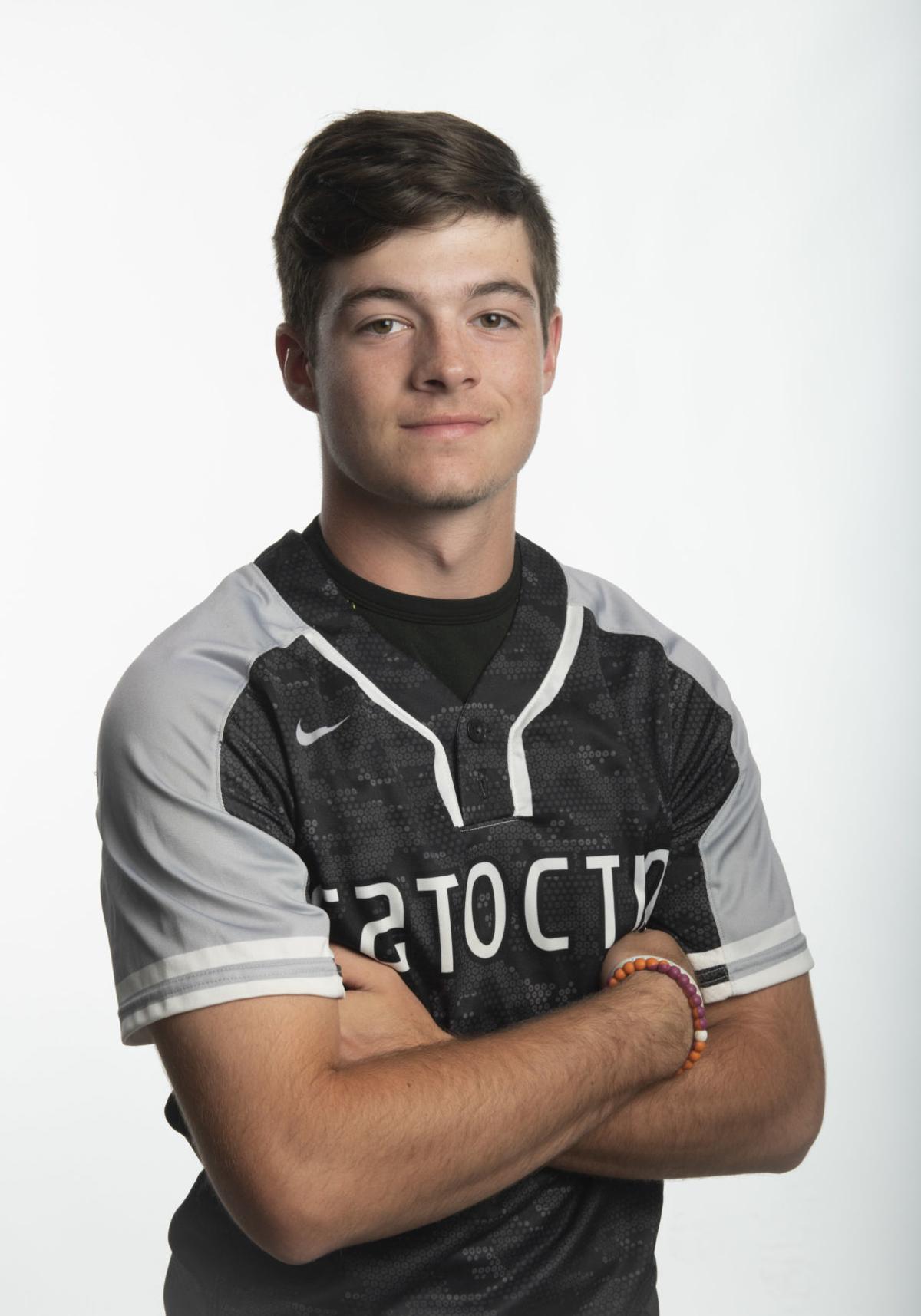 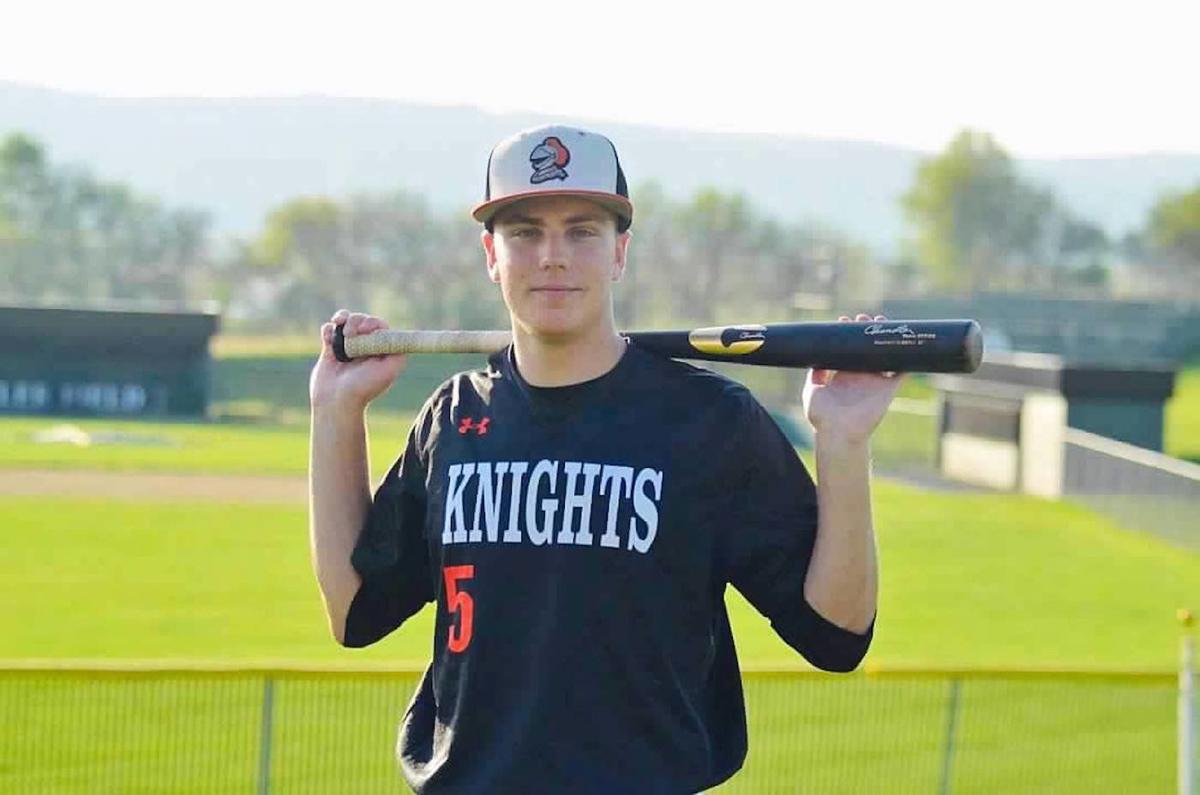 That’s one of the places where Catoctin’s Mason Albright and Middletown’s Zach Martin, both rising seniors and members of the Mid-Atlantic Red Sox 17U team, have logged countless hours honing their skills.

Albright’s basement has a pitcher’s mound. No need to throw the ball. He just uses it to fine tune his mechanics.

And Martin’s basement has a pitching machine, which he uses to work on his swing.

Some might find such tasks tedious. Not those two, though.

They know such behind-the-scenes work can pay dividends when they find themselves at prestigious events like the one they attended in June — the Perfect Game National Junior Showcase in Hoover, Alabama.

Both Division I-bound players participated in the high-profile showcase, which ran from June 17-21 at Hoover Metropolitan Stadium, where the SEC championship is held.

Albright, a hard-throwing yet crafty left-handed pitcher who has committed to Virginia Tech, retired all six batters he faced, a dominant performance captured on PGTV.

And Martin, an outfielder heading to the University of Maryland, hit the ball with authority and discussed his compelling comeback from a broken hamate during an interview on MLB.com radio.

An opportunity to showcase their abilities this summer was all-the-more gratifying for both players because neither one got the chance this spring, when their high school seasons were canceled by the coronavirus pandemic.

Albright and Martin played in different sessions at the event, so they didn’t face each other or join forces.

“It was a real fun experience competing against the top 500 players in the country, especially for me,” Martin said. “I got interviewed by MLB Network down there because I told them about my hamate surgery.”

“I was just out there doing my thing on the mound,” Albright said. “It was a cool experience being around all those kids and being on TV.”

Even on this grand stage against tough competition, Albright stood out, making a good impression on the slew of MLB scouts in attendance. His fastballs were all clocked between 91 and 94 mph.

And as Allen Haines, owner/CEO/general manager of the Mid-Atlantic Red Sox, pointed out, speed is just one of the pitcher’s weapons. He praised Albright’s breaking pitches and change-up and said he possessed the type of balance necessary to perform at a high level.

In his six-up, six-down performance, Albright said he stuck mainly with fastballs and sliders. He didn’t shy away from hitters, either. That’s not his style.

“Just attacking the zone and going after hitters,” Albright said. “Even though they may be top D1 players, I’m still going to go after them because I’m confident in myself.”

“I actually saw something a month ago, and I said I was going to give it a shot,” said Albright, who couldn’t recall the video that gave him the idea. “So I started working on it, and it was working out really well, so I just stuck with it.”

Albright works with pitching coach T.J. Hose, a Hagerstown native who played professionally. And even in his home, the rising Catoctin senior is on the mound in his basement.

“I just try to state goals that I want to achieve one day, and I just keep working,” he said.

Martin’s a worker, too. Heck, he didn’t even use his injury as an excuse to slack off.

“Even with my hamate surgery, I’ve still got a like a little 18-inch bat, and did one-handed swings,” he said.

No wonder Haines, when asked about Martin, first mentioned the player’s nice swing before complimenting his arm and ability to track down fly balls. Of course, all those traits were put on hold to some extent as Martin recovered from injury.

Martin, who bats left-handed and throws right-handed, broke the hamate in his right arm after hitting a triple during Middletown’s second game of the 2019 season, forcing him to miss most of his sophomore year. He was cleared to resume playing last summer, but misfortune struck again at a Perfect Game tournament in Georgia.

“It was still broken,” Martin said of the hamate in his right arm. “The first swing of my first at-bat back, I broke it again.”

Martin said Justin Maxwell, a former MLB player who lives in Frederick County, hooked him up with a Medstar doctor for the Washington Nationals. This began his road to recovery, but it prevented him from participating in an Area Code Baseball event.

“I made the team with the broken hamate,” he said. “Unfortunately I couldn’t go to Los Angeles because I had to get the surgery.”

After working his way back into playing shape, he was kept off the field again in 2020 by the health crisis. Rather than sulk, Martin just kept striving to get better. The basement pitching machine helped, and he worked with his father at a batting cage whenever possible.

The fruits of his labor were on display at the PG national showcase, when he made good contact during his first at-bat and kept up that pace.

“I think the pitch speed on TV said it was 93 miles an hour,” he said. “I hit the ball hard every single at-bat, only one fell, but I was really confident at the plate.”

The PG showcase wasn’t the only event Albright and Martin have participated in this summer.

In fact, Albright shined when the Mid-Atlantic Red Sox played in the PG 17U National Elite Championship tournament, which was also held in Hoover, Alabama. He was the winning pitcher in the Red Sox’s 3-0 win over the Scorpions 2021 Founders Club from Florida.

Albright said he’d be playing in a Perfect Game event in Georgia on July 17.

As for Martin, he was being driven to a Prospect Development Pipeline tournament in Burlington, North Carolina, while being interviewed over the phone on Tuesday.