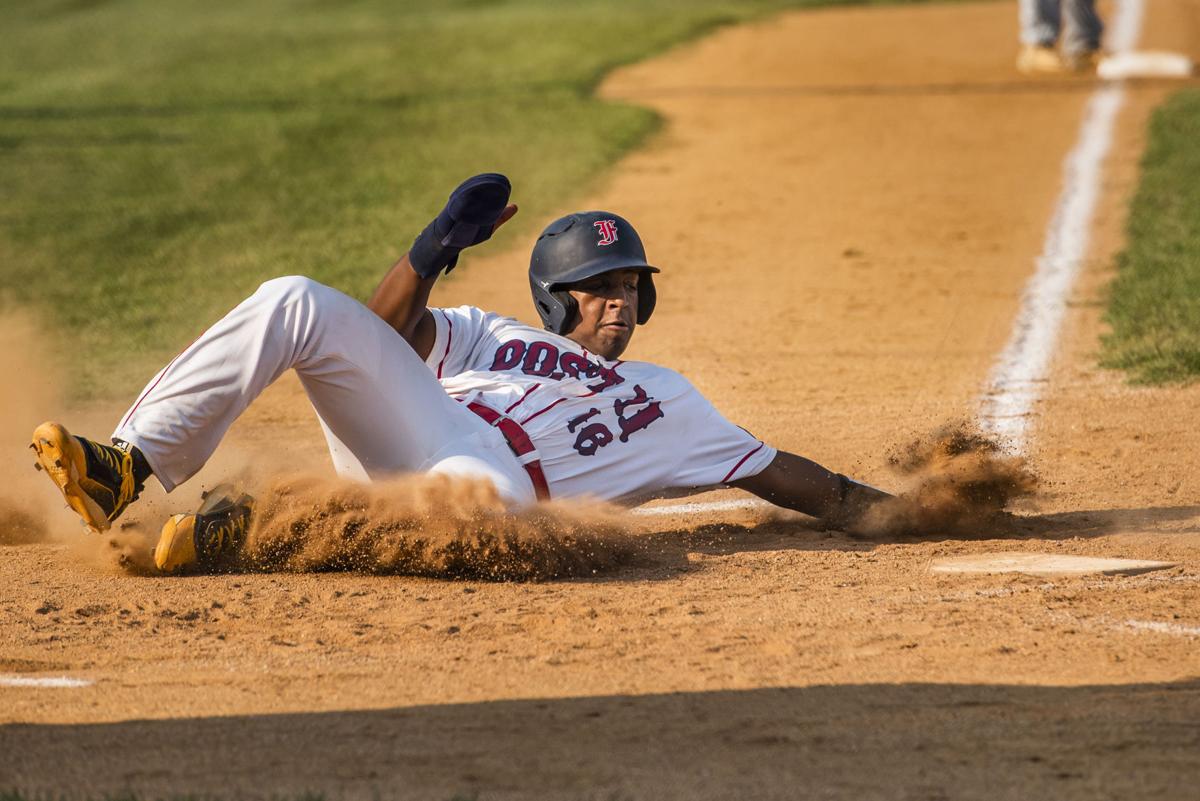 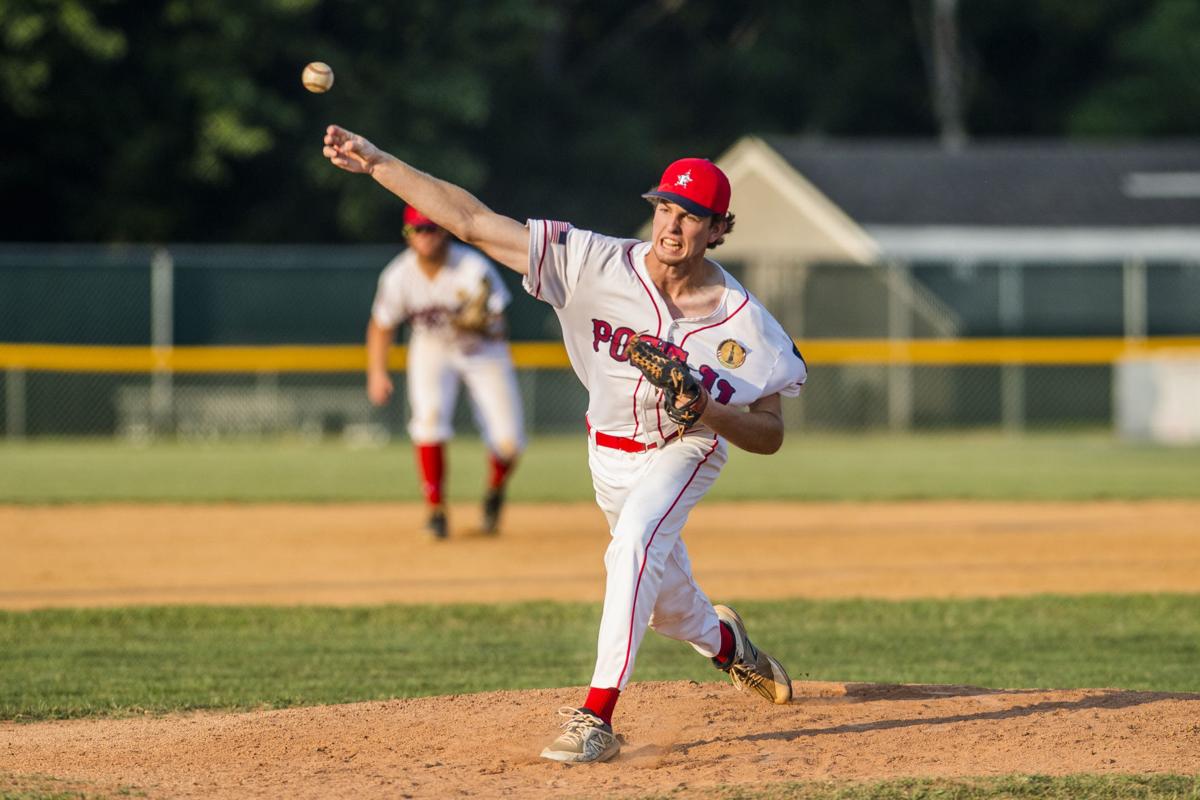 Whenever FSK Post 11’s American Legion Baseball team has been in dire need of help this season, someone has usually managed to deliver.

It was No. 9 batter Kyle Cruz’s turn on Wednesday.

With two outs, the bases loaded and the game tied at 3 in the bottom of the fifth, Cruz found himself down 0-2 in the count against Funkstown reliever Graham Spitz.

Shaking off the pressure and shortening his swing, Cruz dropped a soft liner into right field to drive in two runs.

“I’ve just been struggling to get my pitch and hit the ball hard, and I was just waiting for that one at-bat where it would just break everything open,” Cruz said. “And hopefully today starts something.”

One thing’s for sure, Cruz’s clutch hit helped complete something.

The Western Maryland title came down to a regular season-ending, best two-out-of-three series between Frederick and Funkstown. And after beating Funkstown 2-0 in the first meeting on Tuesday, Frederick was a win away on Wednesday — the teams meet again today.

“It’s awesome,” Cruz said of the district crown. “The job’s not done, we’ve still got a goal ahead, and that’s to win a state title.”

With strong pitching, tight defense and clutch hitting, Frederick has piled up wins this season. It’s 12-1 in the district, with the lone loss coming to Sykesville on Saturday.

“There’s just no quit,” Frederick manager Matt Myers said. “We’re behind, we come back. We find ways to stay in ballgames, we hang tough, we always fight to the last out.

“And it’s the next guy up mentality,” he said. “If this guy doesn’t produce, the next guy will. We pick each other up. It’s a true team.”

In other words, it’s not shocking to see the No. 9 batter in the lineup come through. Cruz was the first hitter to face Spitz, who took the mound after FSK Post 11’s three previous batters were hit by the pitch.

Spitz greeted Cruz with a pair of fastballs.

“The first one was just right there, I was just going to look at it no matter what, just to see what he was throwing,” Cruz said. “The second one was a bit outside, but [the umpire] called it a strike anyway.”

No matter. Cruz — who plays at Brunswick High School — got enough of the third pitch, also a fastball, to deliver what proved to be the game-winning hit.

“He’s had some bad luck this year, hit a lot of hard balls right at guys,” Myers said. “So it’s nice to see a ball fall in for him. He did a nice job.”

Thomas shut down Funkstown the rest of the way, finishing off the game with his third strikeout. He scattered five hits and issued his only walk in the seventh.

Thomas didn’t even begin pitching seriously until his junior year at Thomas Johnson, prompted by a promising showing in a scrimmage.

“I had a start against FCC, we played a little exhibition game,” the right-hander said. “I threw two innings and I did really well and I was like, if I can do well against these guys, I can give it a shot anywhere, I feel.”

Roberts’ only problematic inning came in the fifth, and his pitching wasn’t the issue. A pair of errors allowed Funkstown to score two runs on one hit, taking a 3-1 lead.

But Roberts got an assist on a sac bunt for the first out, then induced an inning-ending 6-4-3 double play.

“That is very uncharacteristic of us,” Myers said of the errors. “But again, we preach damage control, and when things go wrong, how can we minimize that.”

Many Frederick players were on the roster two years ago, showing signs of promise before the coronavirus pandemic forced them to wait an extra year to see what they could do.

“We had a young team in 2019, and we knew if we kept this group together, we could do something special,” Myers said. “ And sure enough, everybody came back, we picked up a couple players, and it really makes a difference — a couple years makes a difference.”

Frederick doesn’t rely on any single player or facet of the game.

Second baseman Drew Desanto showed Frederick’s penchant for defense, hustling and making a diving catch behind first base. And aside from Cruz, Zach Buckley demonstrated the team’s timely hitting, belting an opposite-field two-run double in the third.

“We can come up clutch with the hitting whenever we need,” Roberts said. “It just kind of works out. Our team has a lot of energy.”