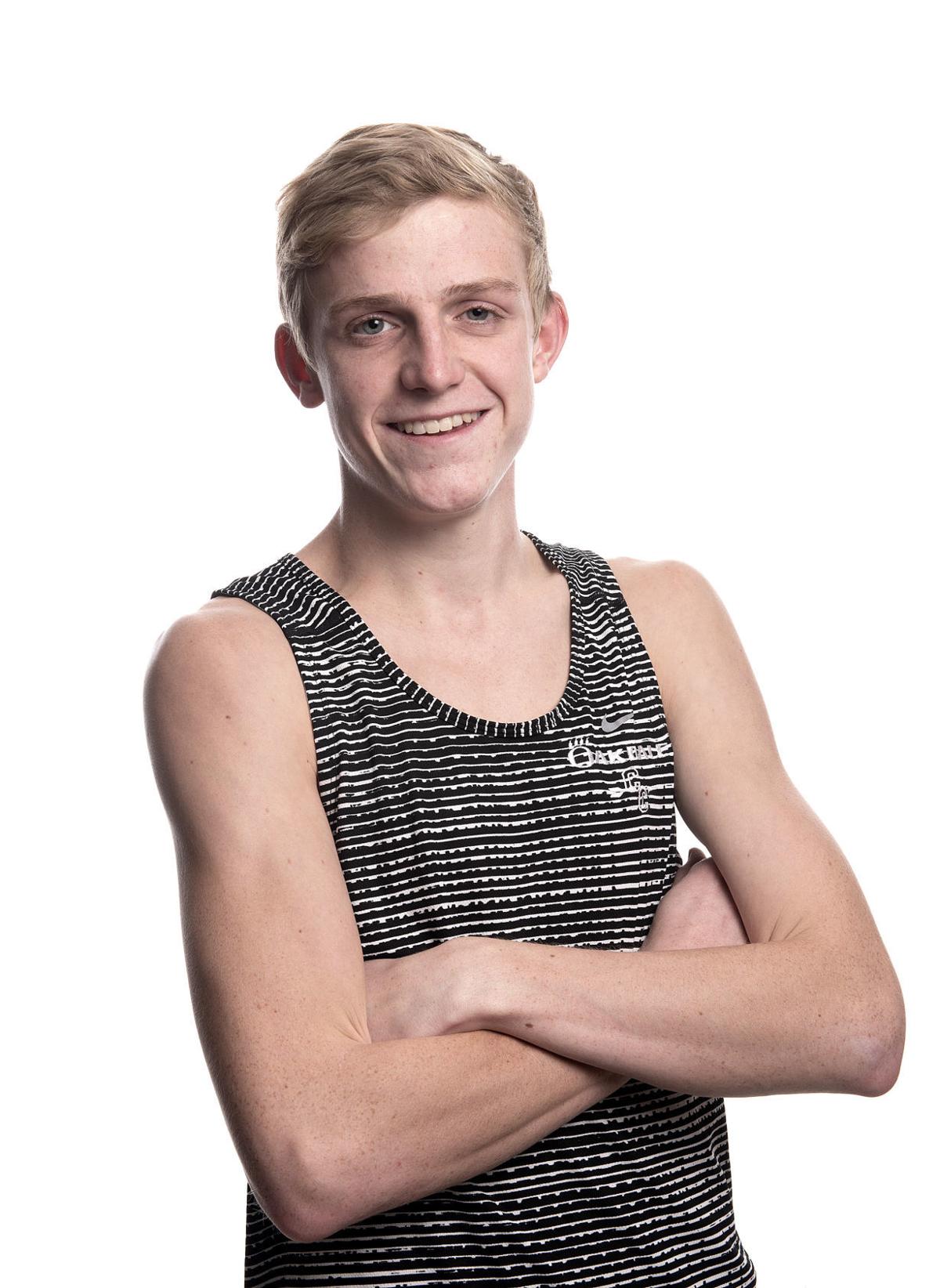 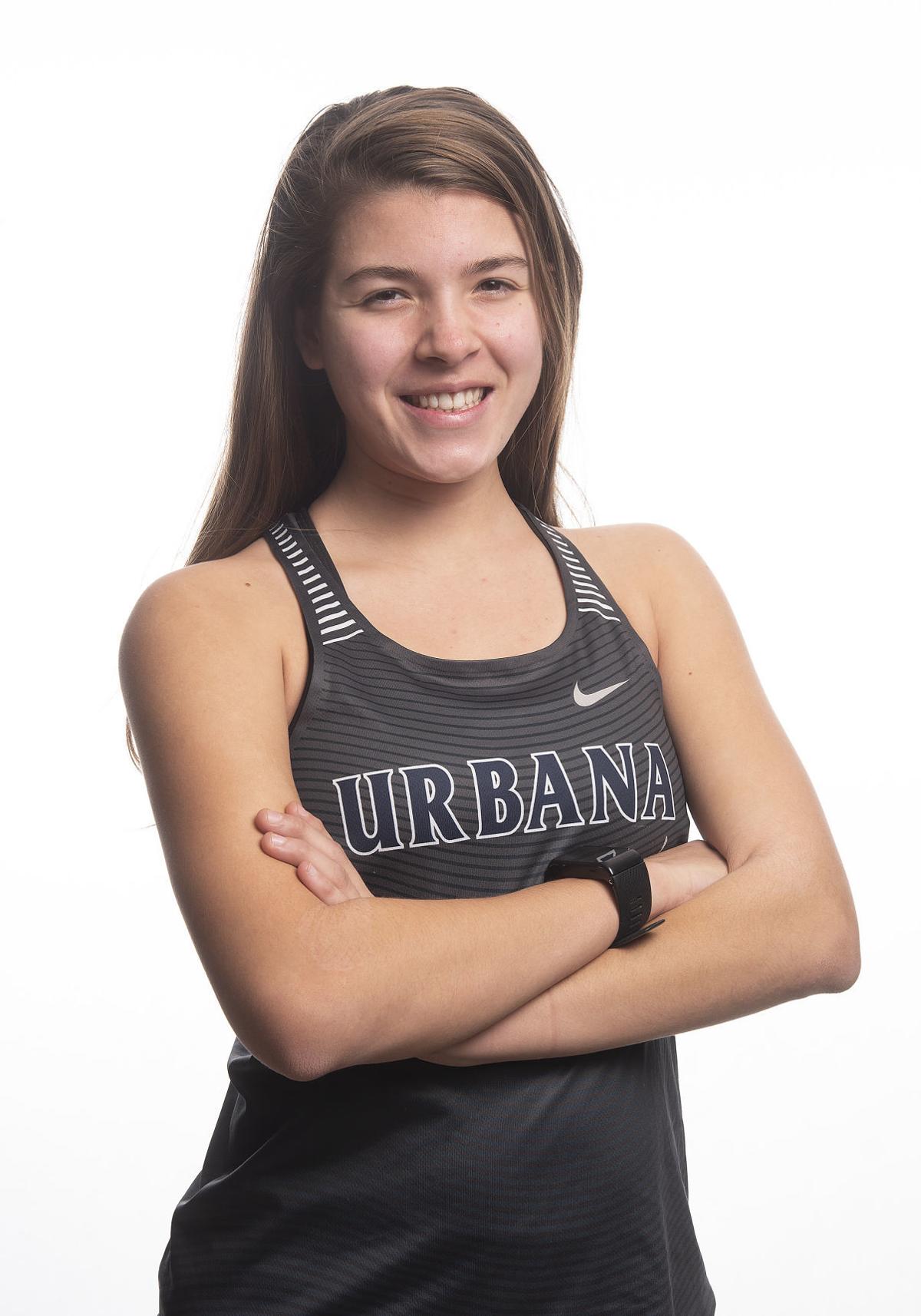 BRUNSWICK — The state cross-country championships at Hereford High School are more than two months away, but Oakdale’s boys and Urbana’s girls have already put their focus on the sport’s biggest prize — a state team crown.

The Bears boys, fourth at last year’s Class 2A state meet, launched their bid Saturday, taking four of the top six spots in the large school division race on their way to a 21-61 win over Northwest at the annual Lee and Anne Zumbach Invitational at Brunswick High School.

“That’s our goal,” Oakdale senior Joshua Milliken said. “This is a team effort as we look to win a state title.”

With the sweep of last year’s Class 2A state indoor and outdoor boys track and field championships, the mindset of the Bears boys is completing the circle with a state championship in November.

“You guys rocked today,” Oakdale boys coach Dave Lillard told his team on Saturday. “You saw the benefit of hard work with this win. You sent a message, loud and clear.”

On the girls side, the Hawks defeated Oakdale 36-49 for the team championship.

The Bears’ Kyle Lund and the Hawks’ Sara Jarman were individual winners. Lund, a senior, won both the overall and large school individual boys divisions, finishing in 16 minutes, 24.29 seconds.

Lund was pushed during his race — and it came from his teammates.

Typically, cross-country runners try to limit their looks back during a race, so when Lund took his quick peek at the rest of the pack, he found he was in good company.

“To look back and see those two guys right behind me, it was awesome,” Lund said. “I couldn’t have done it without those guys pushing me.”

Lund didn’t waste much time taking command. At the 100-meter mark, he was well into his steady pace, his trademark throughout his high school running career.

Dempsey, Milliken and junior Spencer Showalter (sixth overall, 17:16.57) moved quickly to the front with Lund, soon all but assuring the Bears of the team title. Charles Parrott was the fifth scorer for Oakdale, finishing ninth (17:32.53).

“This group has really got it together,” Lillard said. “The great thing about these guys is they set up their own summer practice schedule. I give them a few guidelines to use, but they take it from there.”

Dempsey said part of the Bears’ training regimen includes critical velocity intervals, which allows a runner to get in the needed volume of quality running, while providing regular feedback and adequate recovery to allow for sustained efforts.

“We work on this a lot in practice,” he said.

Jarman, in her final year for the Hawks, was hoping for a second straight overall race title. She hung with South Carroll’s Grace Siehler as long as she could, Siehler pulled away down the stretch for the overall win (19:27.54), which included the small school division individual title.

“Grace ran a great race,” Jarman said. “I was a little disappointed I didn’t win, but it happens. I’m happy for Grace.”

Medical issues at last year’s state meet kept Jarman out of contention for an individual Class 4A state championship, but she’s back this year with even more resolve for one last shot at a state title.

You’ve played various positions in your basketball career, including post player, shooting guard and point guard. Do you like that?

Doug Williams and Paul DuMars, two coaches who were together every step of the way during a 29-year tenure as football coaches at Catoctin, are the guests on the Final Score podcast this week in light of Williams’ announcement last weekend that he was retiring as the Cougars’ varsity head coach.

As the season reaches the halfway point, boys basketball coaches Kyle McFadden of the Frederick Force and Brian Burdette of Catoctin High School are the guests this week on The Final Score podcast.

Linganore wrestling coach Ben Arneson, plus a look at the basketball landscape

Heading into the heart of the winter sports schedule following the holidays, Linganore wrestling coach Ben Arneson is the guest on this week’s episode of The Final Score podcast.