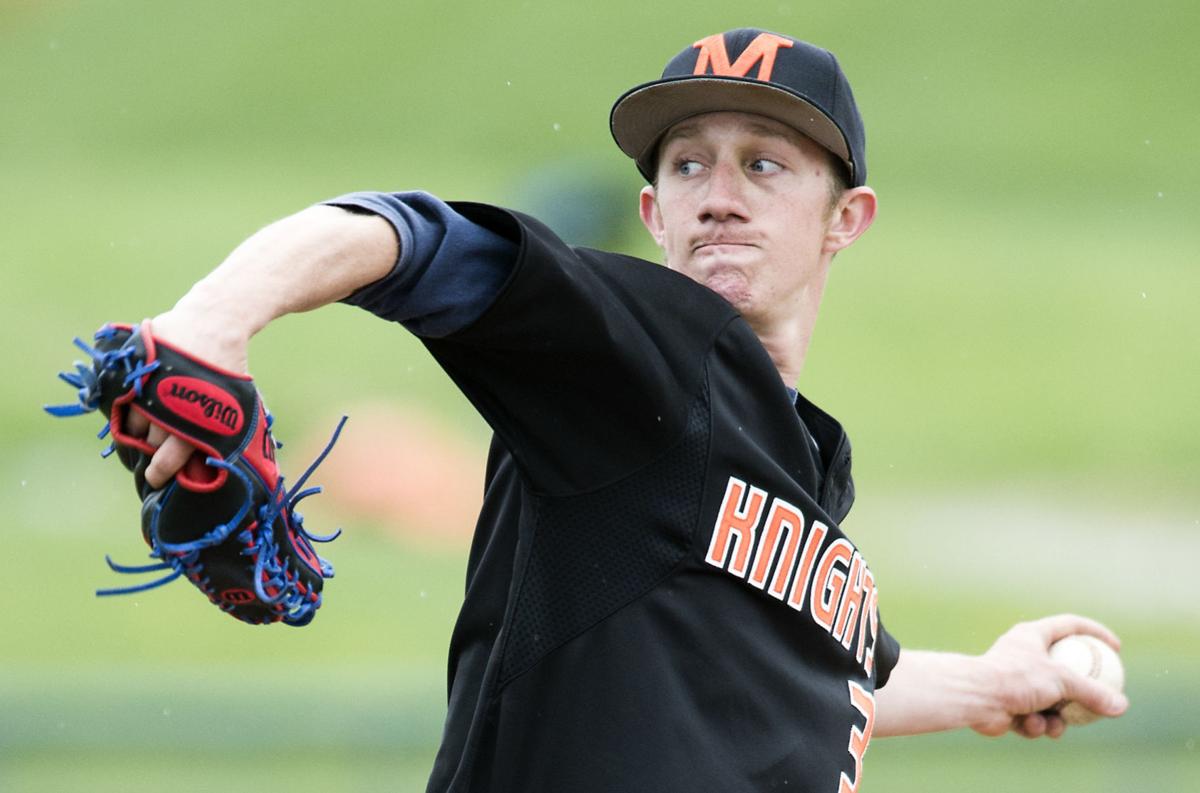 Middletown’s Austin Main, above, delivers during his no-hitter against visiting Linganore on April 28, 2014. Earlier that month, Main’s team had been no-hit by the Lancers’ Daniel Rauch, left. 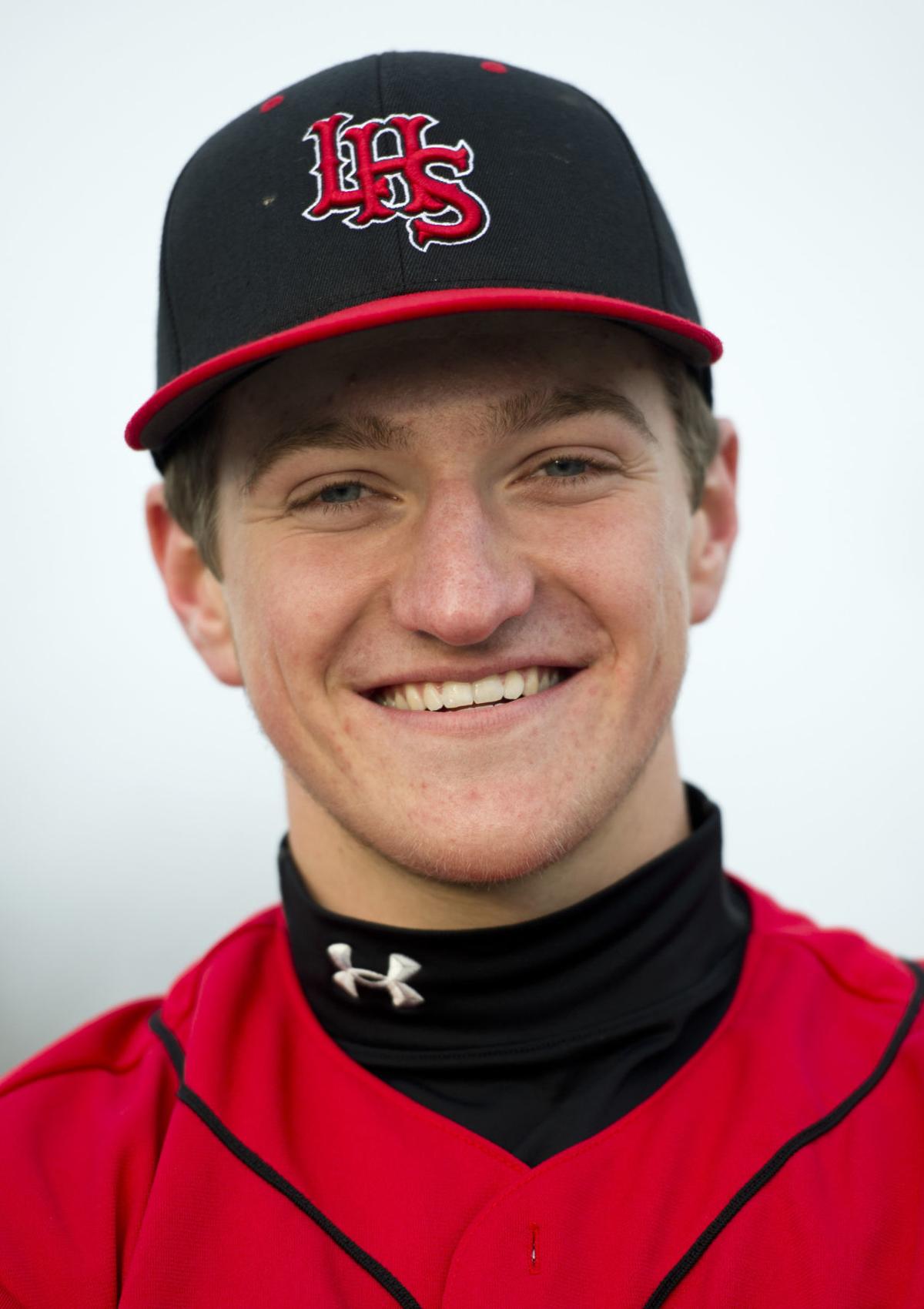 Linganore senior Daniel Rauch threw a no-hitter in a win over visiting Middletown on April 4, 2014.

Middletown’s Austin Main, above, delivers during his no-hitter against visiting Linganore on April 28, 2014. Earlier that month, Main’s team had been no-hit by the Lancers’ Daniel Rauch, left.

Linganore senior Daniel Rauch threw a no-hitter in a win over visiting Middletown on April 4, 2014.

Editor’s note: In this unprecedented, unexpected time with no games to watch, our staff of five reminisces about the best individual performances by one athlete they’ve covered during their time as News-Post sports reporters.

While the rest of my colleagues have written about a singular exemplary performance, I just couldn’t do it.

I couldn’t write about one dominant pitching performance without including the other. In many ways, they went hand in hand.

It was the spring of 2014 — my first as a reporter at the News-Post — and in my 17 previous years of covering high school sports, I had never seen a no-hitter in person. I never could have imagined seeing two in a span of 25 days.

First, Linganore’s Daniel Rauch held visiting Middletown hitless on April 4 in a battle of previously unbeaten teams, but the Knights’ Austin Main promptly turned the tables on the Lancers April 28 with his own no-no, handing Linganore its first loss of the season.

Rauch, now a systems engineer at Lockheed Martin in Baltimore, threw just 87 pitches against Middletown. I didn’t realize just how remarkable that low pitch count truly was until a year or two later, after learning the Knights were known for not making easy outs. They work counts, have a solid two-strike approach at the plate and rarely strike out. Combined with strong pitching, it makes for a good formula for a perennial winner, and when reached by phone last week, Rauch said the Knights brought out the best in him.

“To me, you take everything more seriously, honestly,” said Rauch, who struck out six and walked two in a 3-0 Lancers win. “They have a lot of good players ... They were definitely the team to beat.”

David Keiling, who began what has been a seven-year coaching stint as Linganore’s head coach, had first-hand knowledge of Middletown’s excellence. In the previous four years, he had served as an assistant coach for the Knights, so he maintained strong relationships with several players on that team, including Main.

Keiling ran into Main at McCurdy Field two days before the rematch between the teams. Main promised him a dose of payback.

“I was like, ‘You’re not going to go undefeated this season. I’m coming after you. We’re going to beat you,’” Main said when reached by phone on Friday.

Main was on top of his game, throwing only 88 pitches in a 5-0 Knights win. He struck out eight, and only a two-out walk in the fifth inning prevented him from throwing a perfect game.

When the subject of no-hitters comes up, Nolan Ryan’s name immediately comes to mind. He collected seven of them, relying heavily on a fastball he regularly threw in the high 90s.

Rauch and Main didn’t exactly have that kind of velocity, but the beauty of their outings lies in the fact that they didn’t need it. There’s a difference between throwing a no-hitter and pitching a no-hitter, and they did the latter.

They relied on command, dotting the inside and outside corners of the plate. They relied on movement, with both pitchers featuring a healthy mix of sharp-breaking curveballs and fastballs with running action.

And neither pitcher boasted the physique of what one envisions for a dominant ace on the mound. Back then, Main stood 5 feet, 9 inches tall and weighed 145 pounds. Rauch was 5-11 and 160.

“I couldn’t really throw it by most people,” said Rauch, who induced nine groundouts. “It was a lot of off-speed [pitches] and synergy with my catcher, Travis [Schroeder].”

Main, the News-Post’s Player of the Year following the 2014 season, said he tried to throw no-hitters every time he took the mound, but like Rauch, he never really obsessed about accomplishing that goal.

For Main, the Knights’ loss to Rauch and the Lancers was “an eye-opener.” If the Knights had aspirations of making a deep playoff run, he thought, they needed to raise their level of play and beat playoff-caliber teams. Main was so focused on winning the game that he didn’t even know he was pitching a no-hitter until the seventh inning. It was his team’s Senior Day, and several college scouts were in attendance to see him pitch, so a no-hitter was the furthest thing from his mind.

“I don’t remember how many strikeouts I had or anything,” said Main, who now works as a firefighter in Frederick County. “It was more about trying to get outs.”

That’s what makes these performances that much more special. Two pitchers who weren’t even thinking about a no-hitter when they took the mound go out and pull off the feat. They happen in the same month, and it involves the same teams.