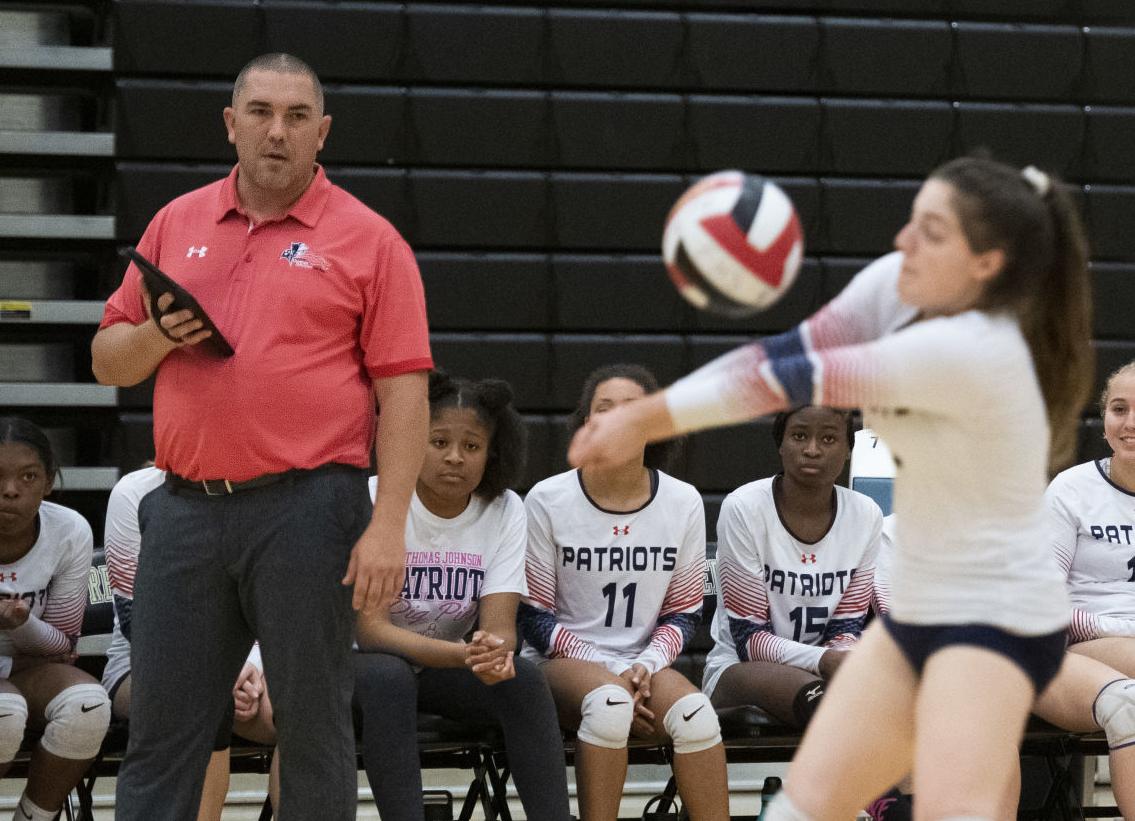 Thomas Johnson High volleyball coach Brad Blumenauer, left, was a passionate student of the game who wanted nothing more than to share that with his players. He died on April 23 at age 39. 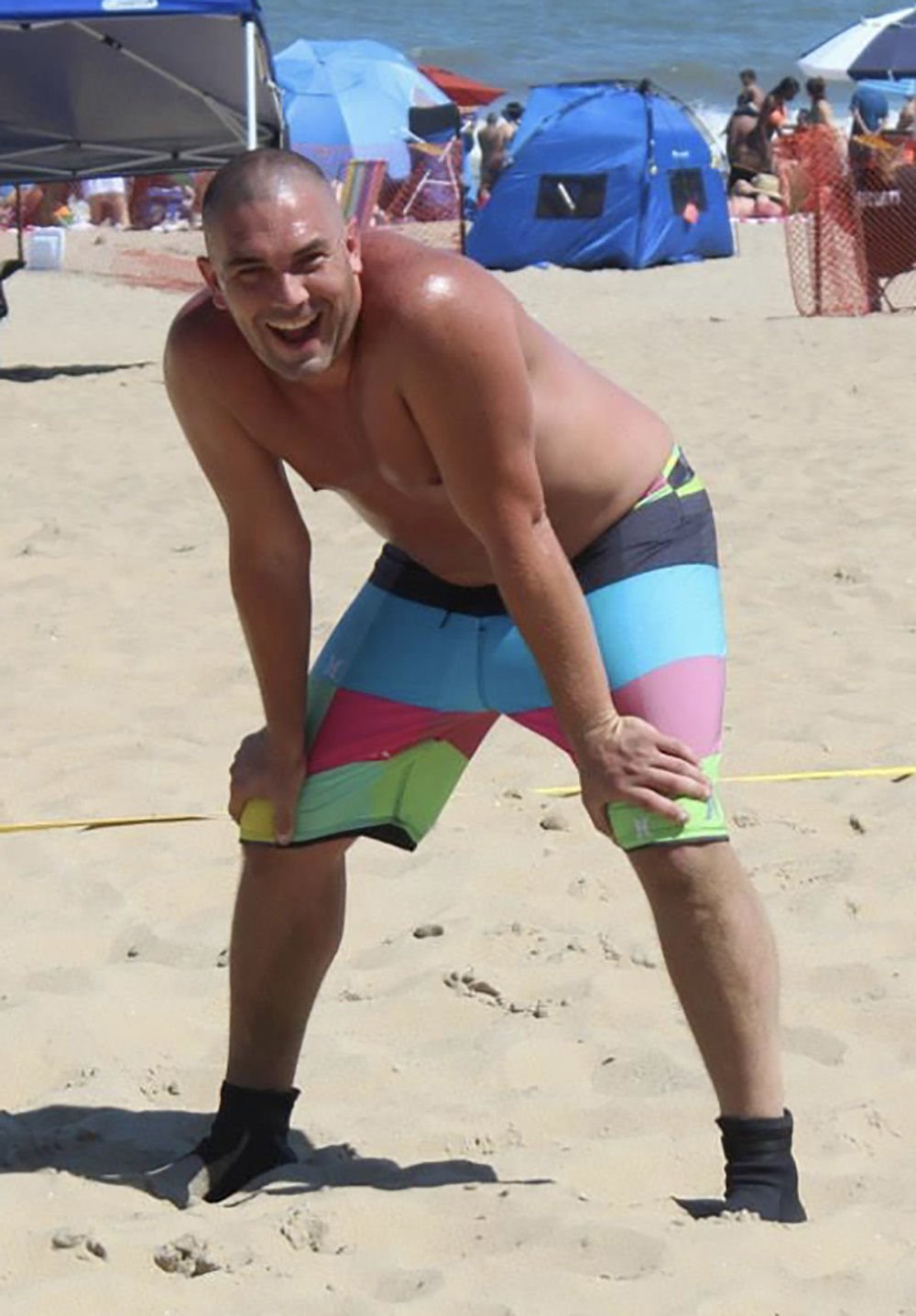 Brad Blumenauer fell in love with volleyball while playing the sport on the sand courts outside his dorm at Salisbury University. 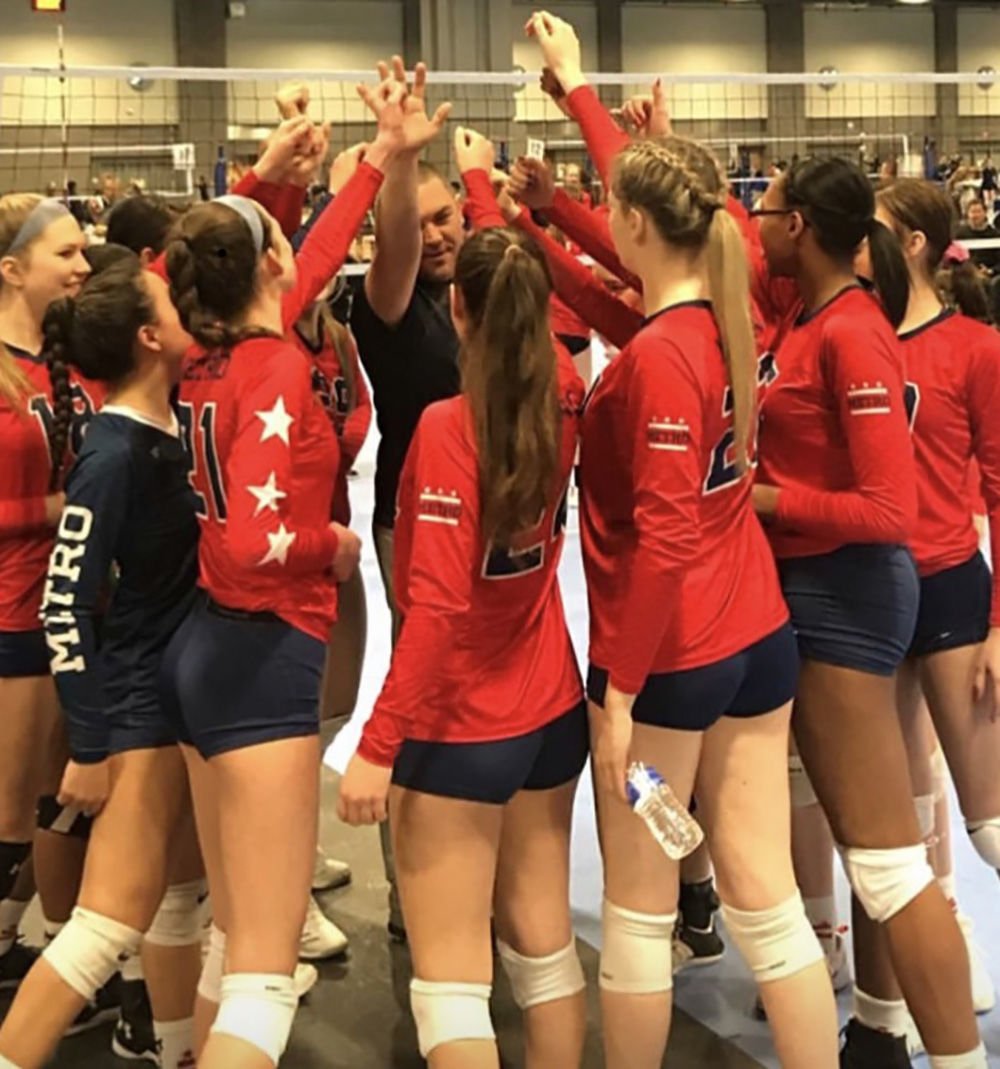 Thomas Johnson High volleyball coach Brad Blumenauer, left, was a passionate student of the game who wanted nothing more than to share that with his players. He died on April 23 at age 39.

Brad Blumenauer fell in love with volleyball while playing the sport on the sand courts outside his dorm at Salisbury University.

Celeste Walmsley was an uncertain novice with only one year in the sport under her belt when she met her new coach at Gov. Thomas Johnson High School in 2018.

She knew within three practices that Brad Blumenauer would be the person to make her into a volleyball player. Walmsley said Blumenauer — the coach with an unending passion for the sport and a big smile that creased his face on match days — never gave up on her.

“He saw so much potential in me,” Walmsley said. “I guess he saw a future volleyball player, because that’s what he made.”

She is one of many who can state that claim. Blumenauer took immense pride in making volleyball players. In many ways, they are his legacy.

Last week, he unexpectedly left all of them behind.

Blumenauer died on April 23, five days after suffering a heart attack in his Jefferson home. He was 39.

His death was a shock to the local volleyball community, in which Blumenauer and his wife of six years, Mandy, have been ingrained for the better part of two decades. Blumenauer had previously coached at Brunswick High for 11 seasons and was in his ninth year with Metro Volleyball Club.

Thomas Johnson athletic director Mike Chavez only knew Blumenauer since hiring him to rebuild the Patriots program two years ago. But Chavez called the news of Blumenauer’s death “a knee-buckler.” Blumenauer quickly left an imprint on Chavez as a passionate student of the game who wanted nothing more than to share that with his players.

It was a constant vibe from Blumenauer. He tried to imbue them with belief in themselves. And based on the numerous testimonials from his athletes since his death — including Brunswick volleyball’s 12-minute YouTube dedication to him Wednesday — he had an incredible success rate.

Urbana volleyball coach Jerry Burge said Blumenauer, his close friend and peer, employed a high-energy style in which his expectations were clear.

“A lot of enthusiasm,” Burge said of Blumenauer. “He used that to push his kids to be the best they could be. ... He didn’t accept mediocrity.”

Nearly everyone who came into contact with Blumenauer on the volleyball court was struck by his obvious love of the sport — a devotion that began when the Brunswick High graduate started playing on the sand courts outside his dorm at Salisbury University.

A baseball and soccer player in high school, Blumenauer joined his college club volleyball teams and was soon hooked. Couple that with his thirst for knowledge (he earned three degrees, including a master’s), and he soon found himself involved with the women’s program at Salisbury, soaking up as much as he could about the machinations of a team.

“He’s one of those people who if he really loves something, he wants to learn every aspect of it,” Mandy Blumenauer said.

After earning a bachelor’s degree in biology from Salisbury and another in Environmental Marine Science from University Maryland Eastern Shore, Brad Blumenauer returned to Frederick, where he worked as a virologist at Fort Detrick for 10 years.

Outside of work, however, his life was defined by activity — scuba diving, skiing and, most prominently, volleyball.

Playing it. Studying it. Coaching it.

Burge and Blumenauer were kindred spirits in that respect. They attended clinics together on a constant search to improve their coaching.

“He poured himself into that, heart and soul,” Burge said. “He really did.”

Volleyball also helped introduce Blumenauer to his future wife. Mandy, who played the sport at Middletown High, met Brad during a pickup volleyball night at the Frederick Armory in 2006.

They began traveling in the same social circles. Soon, he convinced her to leave an assistant coaching gig at Middletown to assist him at his alma mater.

“Something just made me go, ‘I’m going to go help him at Brunswick,’” she said.

Mandy said Brad added “so much vibrance to my life.” He got her to try things she might not have attempted on her own, and it broadened her world.

“When I was with him,” she said, “I just felt surrounded by this energy.”

Together, they helped solidify the Brunswick program — even if the Railroaders seldom prevailed in matches. Still, Mandy said they approached it like this: “We may not always win, but we’re going to make you work for it.”

In the days since Brad’s death, Mandy said she’s heard from countless players who had been influenced by her husband. They expressed how he’d made them stronger people, how his passion had permeated them, how he’d made them “want to do more.”

“He made sure our grades were good, our mental health was good,” Walmsley said. “Even if we came to volleyball frustrated or mad, he tried to make it a good time or a good space to be in.”

TJ senior Madi Fernandez quit volleyball a few years ago, but Blumenauer noticed her ability and motivated her to come back to play in the Metro league.

“He came up to me and told me that I was too talented to be sitting on the sidelines,” she said.

Fernandez took private lessons from him, and he helped her refine the setting skills that she put to such good use last fall. She played for him the past two years at TJ, earning All-County honorable mention in 2019. She said she’ll never forget how far Blumenauer pushed her.

Blumenauer’s caring side also made a strong impression on Walmsley. A position change last year on her club team left Walmsley in a funk. Blumenauer, who wasn’t her Metro coach at the time, noticed that she was upset during practice at Friends Meeting School.

After she got home, she received a text message from him. The two talked it over the next day, and her outlook changed.

“He always checked on me even though I wasn’t on his team,” she said.

Fernandez and Walmsley said they’ll both remember how inspiring Blumenauer was, along with something else about him.

“He made some pretty bad ‘Dad jokes,’” Fernandez said, “but they always made everyone laugh anyway.”

Blumenauer — who recently took a job at Mitre in McLean, Virginia, to put his cyber security master’s degree to work — always looked for ways to reach his players. Even while the stay-at-home orders prevented him from coaching his Metro North 17s team, he researched online to find useful volleyball resources.

Mandy said the last thing Brad did the night before his heart attack was participate in a team-building Zoom call on which they watched the inspirational sports movie “Miracle” — another example of how he hoped to galvanize all of the girls he coached.

“There was always an energy at his practice, and the girls always seem to be having a great time,” Chavez said. “He brought a good bit of a spark with him to energize his program, and I was looking forward to him continuing on the path that he was on.”

With Blumenauer gone, a player like Walmsley knows only one way to pay back the most instrumental coach she’s known.

“I want to continue to play for him,” she said.

So sorry for this loss. Praying for Mandy and sending virtual hugs.

What a tragic loss! Wishing peace and comfort to his family, and all those who knew and loved him.